It’s Time To Take Back Control

It is impossible to imagine the grieving any parent must endure when they lose a child in tragic circumstances. To lose two is just too unbearable to contemplate.

It was reported yesterday that Lord Monson is now mourning the loss of a second son, Rupert, who died after an attempted suicide last month.

Five years ago, the author and peer’s older son Alexander Monson, 28, died from what the family believe was a beating in police custody in Kenya in 2012.

Monson claims Rupert had been addicted to a form of cannabis, popularly known as ‘skunk’, which contains high levels of the psychoactive ingredient tetrahydrocannabinol (THC). According to The Sunday Times he died on 23 January after spending five days on life support after he had attempted suicide at home in Surrey.

The Times goes on to report that “Somewhat unpredictably, Monson’s solution to the problem of skunk is to liberalise drug laws, in effect decriminalising drugs such as cannabis while leaving the more potent skunk variety illegal.”

He is now calling for a ‘war against skunk’ declaring that together with Rupert’s mother ‘we’re on a mission’. Having raised the issue with a former cabinet minister he was told that the Tories feared ‘the Daily Mail mindset’ too much to consider relaxing the laws.

This is, by now, an all too frequent tragedy, and an all too commonplace conservative political response.

Obituary for Rupert Green, the son of Lord Monson. (The Times)

But Monson’s plea may not be entirely in vain.

Just before Christmas, the former Chief of Police in Toronto published detailed proposals on behalf of a Canadian Government Task Force setting out how the country proposes to legalise cannabis. In Spring this year Prime Minister Trudeau’s Government will bring forward a White Paper to take this policy forward.

His framing of this debate is illuminating not so much as a liberal argument but as a socially conservative one. Asked at business conference last year if Canada would have economic advantage by legalising cannabis before other nations he responded as follows:

“Look, our approach on legalizing marijuana is not about creating a boutique industry or bringing in tax revenue, it’s based on two very simple principles:

The first one is, young people have easier access to cannabis now, in Canada, than they do in just about any other countries in the world. [Of] 29 different countries studied by the U.N., Canada was number one in terms of underage access to marijuana. And whatever you might think or studies seen about cannabis being less harmful than alcohol or even cigarettes, the fact is it is bad for the developing brain and we need to make sure that it’s harder for underage Canadians to access marijuana. And that will happen under a controlled and regulated regime.

The other piece of it is there are billions upon billions of dollars flowing into the pockets of organized crime, street gangs and gun-runners, because of the illicit marijuana trade, and if we can get that out of the criminal elements and into a more regulated fashion we will reduce the amount of criminal activity that’s profiting from those, and that has offshoots into so many other criminal activities. So those are my focuses on that.” 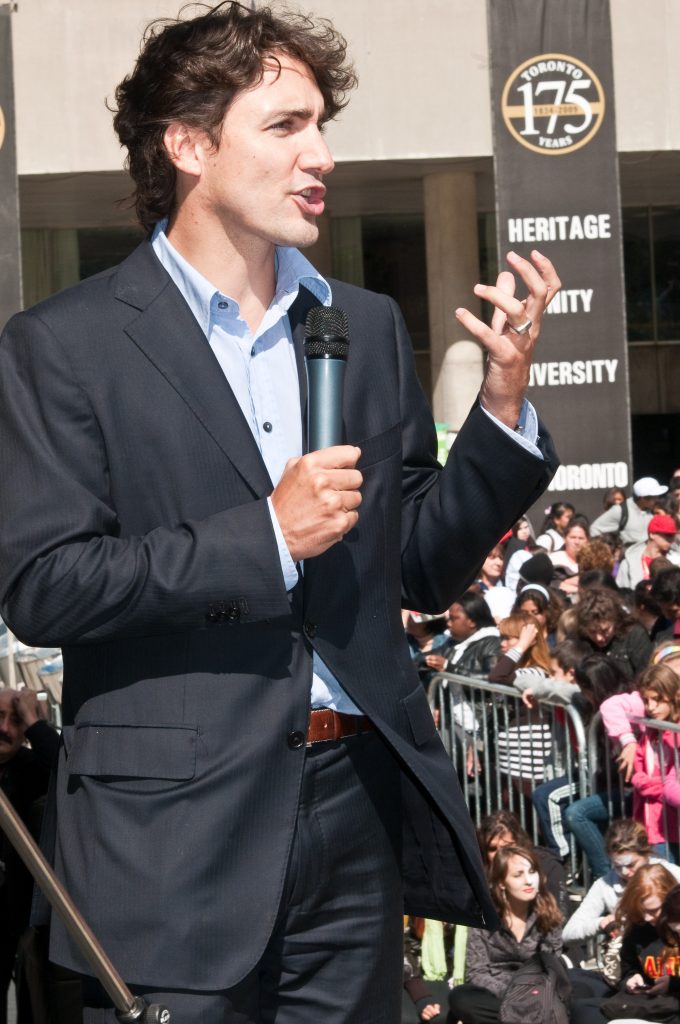 Protecting children, supporting families and fighting organised crime – could there be a more conservative framing of this issue?

Later this month Volteface will be leading a small delegation of influential British Conservatives to Canada to learn more about Trudeau’s plans at first hand.

We will be filing reports from a range of prospectives and surmising on how such an approach to shaping the debate could work here in the UK.

If the Canadian policy proves to be successful and teenage access to cannabis is depleted, parental anxiety reduced and crime dented could even the Daily Mail deny Lord Monson?

After all: they remain the most ardent champions of ‘take back control’.