April 20th is a special date in any cannabis consumer’s diary. For reasons that, though debated, are believed to revolve around a group of students from San Rafael known as ‘The Waldos,’ who would spark up religiously at 16:20 back in the ‘70s, the numbers 420 have come to stand for all things marijuana-related the world over. And, since 4/20 – in America, at least – is April 20th, the date has become a de facto international holiday, day of celebration, and time to protest pot prohibition.

Despite its typically American beginnings, the 4/20 traditions have, like so much Americana, become firmly rooted in the public psyche on this side of the Atlantic, too. Four years ago, 4/20 celebrations in London’s Hyde Park coincided with glorious sunshine and, crucially, a Saturday, leading to incredible scenes as an estimated 10,000 smiling, happy people openly flouted the UK’s punitive cannabis policy.

The scale and success of that year’s event caught the authorities – as well as the organisers – off-guard, and though few arrests were made that day, subsequent Hyde Park 4/20’s have seen an increased police presence.  Last year saw the addition of sniffer dogs, leading to the arrest or caution of around 20 people. Hardly a clampdown given the number of revellers openly flouting the law, but still enough to undoubtedly put more than a few people off joining in the festivities. 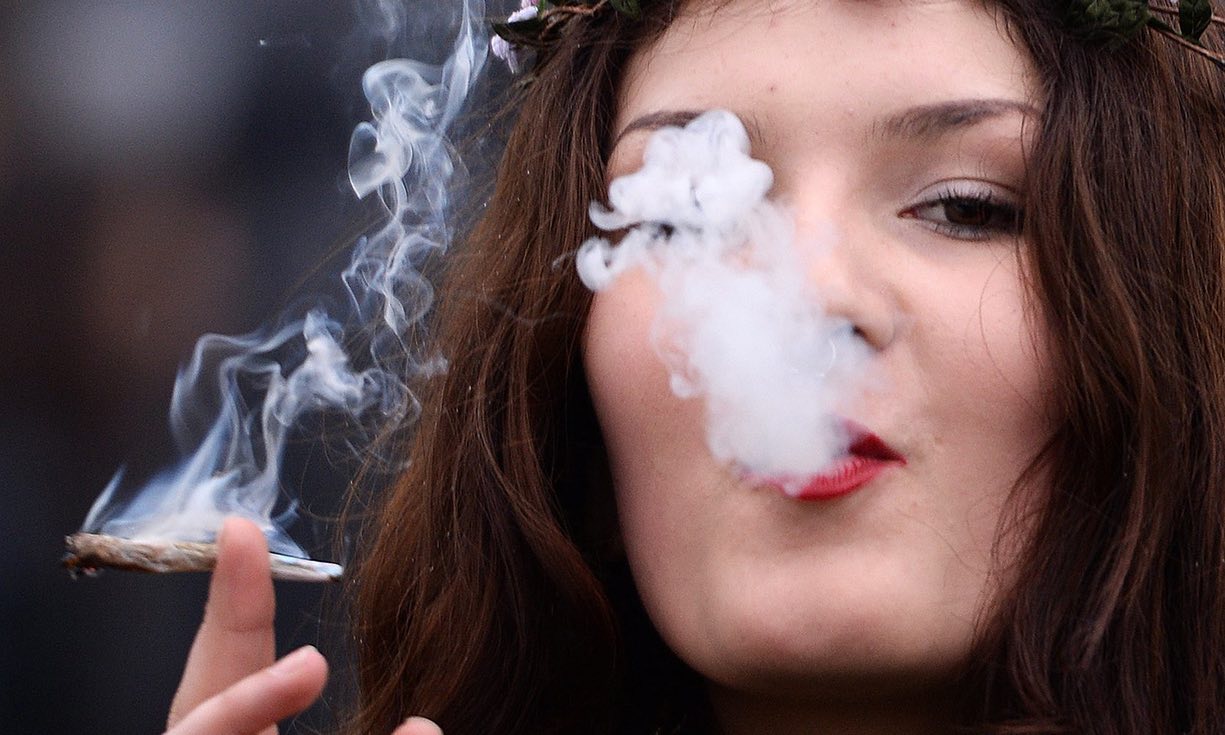 Despite mixed reactions from the media, and an occasionally tense relationship with local authorities, however, 4/20 is now permanent fixture on any self-respecting cannabis smoker’s calendar. It isn’t showing any signs of fading away any time soon, and indeed is set to be even bigger than ever this year, as at least 9 cities (including London) gear up to throw their own protest celebrations.

The main event is still in London, but other cities blazing their own 4/20 trail include Glasgow, Bristol, Manchester, Leeds, Durham, Swansea, Plymouth, and Derry. Every part of the UK is being represented then, something the national organisation behind the various protests and celebrations – the United Kingdom Cannabis Social Clubs – have been aiming to make a reality ever since the unexpected success of 2013.

The events being planned range from the relatively small – Plymouth Cannabis Social Club has only a handful of members, but hopes to attract a few more to its low-key event on Dartmoor – to the more extravagant and professional such as London, naturally, but also Glasgow, where this year’s event will feature a line-up of local musicians and public speakers. This will be a far cry from 2014, when Glasgow City Council attempted to revoke permission for the event at the last minute, and almost – but not quite – succeeded in getting the whole thing called off.

Manchester’s event (which is taking place on 4/23) will also feature speakers and live music, with organiser Cookie Love telling me that, “This year we will be having Speeches by Manchester Cannabis Activist Colin Davies regarding his recent ventures and conversations with local constabulary about the state of our current legislation.” They’re not limiting themselves to discussing only cannabis either, she explained, as “Mikey Thompson from the Community Action Network will be discussing the issue of Spice dependency in the City and solutions to the problem.” 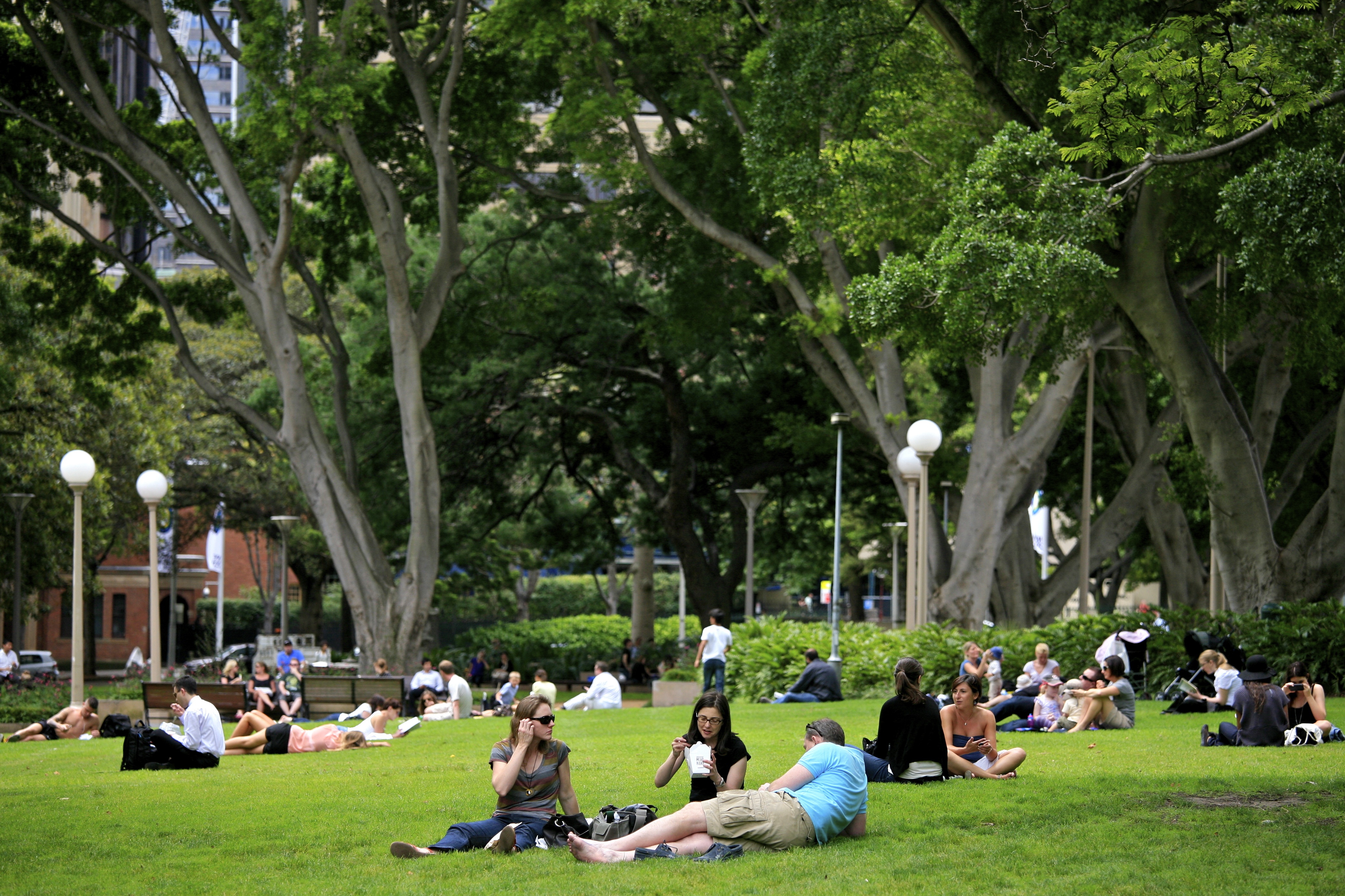 I caught up with Stuart Harper, one of the organisers of this year’s Hyde Park celebrations, to discuss the UKCSC’s plans and hopes for the big day, and what they, as a united movement, hope to achieve in the future.

“At Europe’s largest 420 event we have our work cut out for us,” he explained, “from volunteers to assist in litter collection to arranging ‘safe conduct zones’ for attendees, London’s 420 in Hyde Park is certainly no ordinary gathering.

“Much has changed over time, with vaporisers and dabs now replacing the joints and bongs of the past, but the atmosphere is still the same: Electric, exciting; an act of defiance and protest in the face of a crazy law. And what law could not be called crazy when it would criminalise the over 10,000 people in attendance, more people than every police holding cell in the UK.”

Asked about the relationship between organisers and local authorities, Stuart was keen to stress the level of cooperation between the UKCSC and the police, but explained that the nature of the event – as well as its location – did make things tricky.

“To ensure the day goes smoothly we liaise with the Royal Parks, who unfortunately cannot grant us a license, the Royal Parks Police, who’s jurisdiction the park falls under, and MET police, who provide for our safety and security for the day.” He said, “We agree safe conduct zones, with agreed officer and participant behaviours, and establish ‘red flags’ such as smoking on the tube or carrying oversize cannabis paraphernalia. Some years this also extends to signage.

“We actively work with the police and authorities to ensure the event is as safe as possible, as law abiding as the nature of the event allows, and that no juveniles or vulnerable people are impacted. That said, there are social impacts, and financial costs. The clean-up bill totals several thousand pounds and not having a license means we cannot provide food or drink, nor have on-site toilets nor ticketing to pay for these costs.

“Sometimes elements of local or national authorities can be quite pessimistic, but as the event is likely to happen anyway, they would rather work with you than not all.” 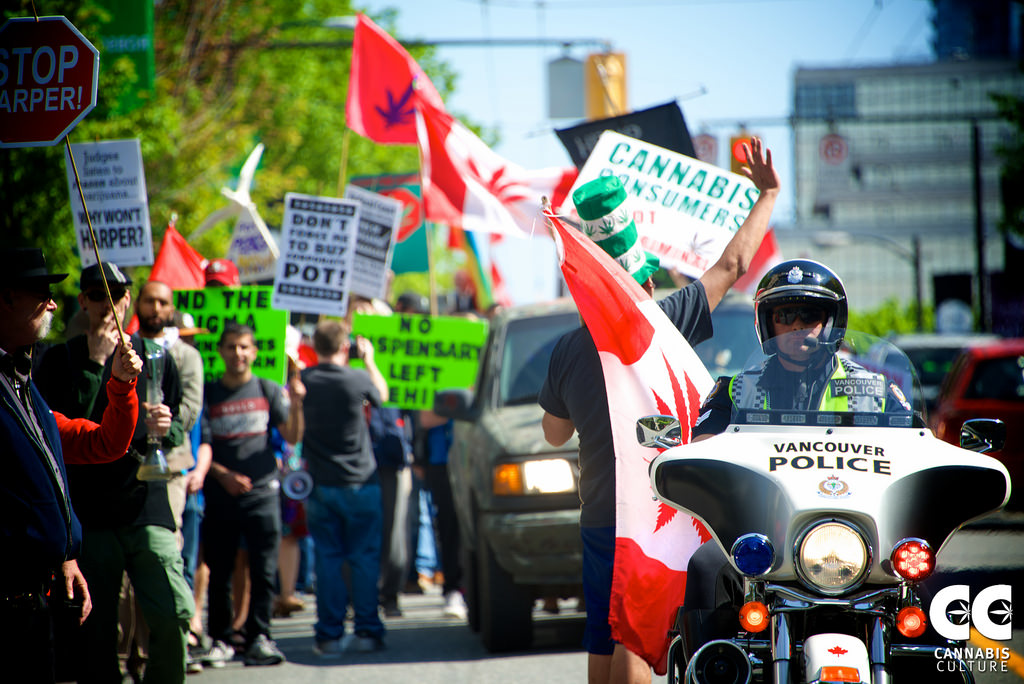 The organisers of the similar events up and down the country explained the reasons for their protests, with many quick to point out that the cannabis clubs themselves play a key role in diverting cannabis away from the criminal market. Alistar Burrell from the Bristol Cannabis Club – whose protest this year will take place on 4/15, rather than 4/20 itself, and will involve a march from College Green, to Durdham Downs via Clifton Down train station – explained that:

“Bristol Cannabis Club is a private members club run by the local community for the local community. We are looking to remove the criminally controlled black market and divert funds away from organised crime by replacing it with community based and/or regulated outlets that require proof of age at purchase. We encourage cannabis testing for harm reduction so that consumers are aware of the cannabinoid content of their product and can make an informed decision. We also support the right to domestic cultivation for personal and medicinal cannabis use without fear of having their peace breached by the force of the law.”

Tony McColgan, of Derry’s cannabis club (LegenDerry Cannabis Club) pointed out the difference protests such as these can make, telling me that, “I encourage as many people as possible to join me in lighting up on 4/20 Guildhall Square in a show of solidarity and unity with every other cannabis consumer on this planet.

“We need to show the PSNI and anyone else watching that we as a community are done being criminalised and forced into the dark by their discrimination on us for making healthier lifestyle choices.

“It’s time to step into the light and show them how powerful our numbers are.”

Medical Cannabis in The Philippines