Where are we now? A reflection on Cancard and the last 3 years of cannabis legislation.

The first week of November was Medical Cannabis Awareness Week, prompting an excellent time for Volteface to reflect on the past three years since medical cannabis was legalised. In this piece we have caught up with Carly Barton, patient advocate and visionary behind Cancard, regarding the current climate for medical cannabis patients, as well as the developments that have taken place since 2018.

On 1 November 2018, Medical Cannabis was made available via prescription in the UK. This came into effect after the cases of two children with severe epilepsy were at the forefront of the public eye, both benefiting immensely from cannabis-based medicines. One of the boys, Alfie Dingley, responded tremendously to his medical cannabis treatment; he had a significant drop from hundreds of seizures a week to an astounding 41 days seizure-free. However, three years later patients continue to battle with failing and outdated legislation.

While the change in law has permitted specialist consultants to prescribe this life-saving medication for a variety of conditions, there have since been only 3 prescriptions issued by the NHS. This has forced patients to foot the bill through private clinics and prescriptions to be able to access this life-changing medication.

A prime example of this outdated hypocrisy is detailed by the harrowing story of Lucy Stafford. Lucy suffered from EDS (Ehlers Danlos syndrome), and under the treatments available through the NHS Lucy was left bedridden and fed through a tube. This treatment was costing the NHS around £80,000 per year.

In dramatic contrast, a private prescription attained through Project Twenty21 came to a mere £24,000, and has since truly transformed Lucy’s life. Prior to starting cannabis treatments, Lucy’s health had rendered her bed-bound and fed through a tube. Lucy is now able to attend university and even walk with support.

For the patients who did follow the ‘yellow tape’, such as Alfie Dingley, the end was no more in sight for this battle against outdated laws and legislation. Alfie’s family were recently informed that his prescription could no longer be dispensed from the Netherlands, due to changes in policy arising from Brexit. Thankfully in response to these continued difficulties, Alfie was awarded a 6-month reprieve which provided some temporary comfort and protection.

However, as previously highlighted, not all patients have been as fortunate as Alfie. Over 1.4 million medical cannabis patients in the UK are forced through lack of access, or funds, to self-medicate through the illicit market. This needs to change.

A tragic example of the government’s continued failing of medical cannabis patients since 2018 is the story of Teagan Appleby. Teagan suffers from a severe form of epilepsy known as Lennox Gastaut Syndrome, which can trigger as many as 300 seizures a day.  While Alfie and two others have now  acquired an NHS funded prescription for medical cannabis, Teagan’s family are forced to pay an eye watering £2,000 a month for her daughter’s prescription.

In response to this continued injustice, the End Our Pain Campaign has collected more than 600,000 signatures in a petition delivered to Downing Street.

Considering that cannabis has been legally prescribed since 2018, with patients such as Alfie, Lucy and Teagan greatly benefiting from it, is it important to ask why patients are still unable to access this life saving medication through the NHS? The answer to this unfortunately is a direct result of both NICE’s reports and attitudes.

The National Institute for Health and Care Excellence is an executive non-departmental public body. Their job is to publish guidelines for the procedure and treatments carried out by NHS England and Wales. Unfortunately, NICE’s stance, as outlined in a recent medical report, has spelt only continued confusion for UK medical cannabis patients.

When discussing the financial implications of a medical cannabis prescription funded by the NHS, NICE maintains the stance that it is neither financially realistic, nor desirable. However, this conclusion fails to account for the external factors leading to the absurdly inflated costs of medical cannabis in the UK; Due to legislative frameworks, medical cannabis has to be produced overseas and subsequently imported into the UK. Before patients have encountered the inflated costs of a private prescription, the price of the product has already been unnecessarily inflated due to the cost of import. 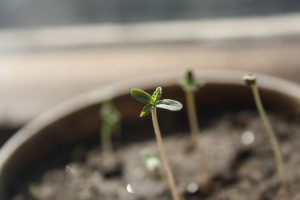 When Volteface spoke with Carly Barton on the topic of medical cannabis access, she highlighted how barriers within NICE were preventing advancements to access on the NHS, stating that NICE has made it extremely clear that they will only accept a certain type of evidence.

In terms of access to cannabis on the NHS I think ‘gold standard evidence’ is probably the biggest barrier. NICE will only accept a very specific type of research in order to approve medication. Randomised Control Trials are the only current way that medication can be approved for funding on the NHS.

Randomised Control Trials (RCTs) are designed for single compound synthetic products, and cannabis is both a non-synthetic as well as a poly-compound substance with over 140 active compounds. Barton went on to highlight the ongoing problem with this methods of evidence collection, stating that:

There are over 4500 strains of cannabis, and anecdotal evidence suggests it could be beneficial to upwards of 80 medical conditions. Choosing one cultivar, for one condition and running this through an RCT of three years would mean we would need to continue to test for 1080000 years before we had approval for appropriate strains for those who need it.

However, Barton, highlighted that the recent COVID-19 vaccine trials do offer some hope against the negative backdrop of NICE’s most recent report. Barton informed us that due to the urgency for a vaccine during the Covid-19 pandemic, alternate, faster, forms of evidence collection were permitted.

We were able to develop, test, redevelop, trial and approve the use of these vaccines in a matter of months.

This was done to ensure the vaccine would make it to the market as quickly as possible. However, as Carly highlighted, these less rigorous testing programmes for the vaccine wouldn’t have met the criteria for the gold standard RCT evidence NICE demands from cannabis-based medicines.

Therefore, following the success of the Covid-19 vaccine rollout in the UK, it is important to ask the question: could cannabis-based medicines benefit from this same expedited trial process?

We need to look at other forms of evidence gathering like real-world data, smaller studies, comparable drugs and safety profiles etc.

Thankfully, despite the continued failures of UK drug legislation, there are some individuals in our nation protecting the health and rights of vulnerable patients. A prime example of this is Barton and her organisation Cancard. Following a stroke at the age of just 24, Barton developed a chronic pain condition known as fibromyalgia. In order to combat the chronic pain from this condition, the NHS prescribed her painkillers such as morphine, and even fentanyl which is 50x stronger than street heroin.

These were not only more harmful drugs, but also less effective for Barton than medical cannabis. In response to this impossible dilemma, Barton took the risk and grew her own cannabis illegally, subsequently founding ‘Carly’s Amnesty’.

Carly’s Amnesty was looking at a [regulatory] model that would see the registration of patient cannabis grows, that included safety protocol and plant limits.

However, during lockdown meetings and negotiations became difficult to organise, and the stories of patient suffering were building up. Barton then realised that we urgently needed to bridge the gap between medical cannabis patients and enforcement of drug laws through a de-facto decriminalisation scheme, Cancard.

What is Cancard and what does it do?

Cancard is a medical ID which provides the police with information that a person is consuming cannabis for medicinal reasons.

“Prior to Cancard police had no way of identifying genuine medical consumers and so Cancard was developed alongside police working to bridge that gap.” This card, while not offering full legal protection, offers an olive branch of hope to those medical cannabis patients benefiting from its medicinal properties. Sadly, through lack of access and or simply funds cannot acquire the substance through legal channels.

Cancard is designed to protect innocent patients who should not be criminalised for consuming self-sourced/more appropriate medication for themselves. For just £19.99, any patient in the UK with conditions that match those listed on the Cancard website can apply for a card online. These conditions range from and include chronic pain conditions such as fibromyalgia or Rheumatoid arthritis to mental health conditions such as anxiety, depression and even ADHD. An individual must have been on at least two different forms of medication before or considered them and declined for justifiable reasons.

If you meet these requirements, registration is a simple process in which first you fill in Cancard’s online form and then receive an email with a secure link to complete your form. After this, you must simply provide an ID and photograph as evidence for your card. Finally, if you provide your summary care record, which can be acquired by simply asking the receptionist at your GP, you will then receive your card a short time after.

When reflecting on the past 3 years of cannabis legislation, one is left with a bitter taste in their mouth. While medical cannabis was legalised in 2018 and there is an overwhelming amount of anecdotal evidence that indicates that this is a life-changing medication, as highlighted by cases just like young Alfie and Tegan. This is compounded by evidence that medical cannabis could significantly boost the UK’s economy.

As Carly highlighted, we have a unique chance to not only remove a punishing punitive system that traps victims and patients, but she also explained that it will “promote the generation of small businesses, bring in huge annual tax revenues, allow access to less harmful and clearly labelled products and harm reduction information could be distributed directly to the consumer”.

Unfortunately, despite overwhelming evidence, any reform will require the support of the current Home Secretary Priti Patel, who continues to propagate an outdated punitive system as opposed to evidence-based drug legislation focusing on harm reduction and human safety.

This continues to do nothing to prevent the supply or demand of drugs, only increasing harm and expense at both a societal and individual level. To conclude, the following statement by Barton best sums up the final obstacle to cannabis reform.

To adapt the law to allow access would mean admitting historic human rights violations. As we have seen in Canada and the states there is now a push to expunge historical convictions, to provide funding and resources to communities disproportionately affected by the war on drugs…To put it simply, everyone wants change, no one wants to be the one to make the change and mop up the debris caused by unnecessary prohibition.