THC Potency is on the rise: what do we take away from this?

A recent academic publication finds THC concentrations have been on the rise over the last 50 years. A systematic review and meta-analysis was conducted on the changes in THC and CBD concentrations in the US, UK, Netherlands, France, Denmark, Italy and New Zealand.

Analysing data from over 80,000 street samples of cannabis, concentrations of THC in the international cannabis market increased from 1970 to 2017, by approximately 0.29% each year. CBD on the other hand, has remained stable.

In context of typical use, findings suggest the quantity of THC in a typical gram of cannabis rose on average by 2.9 mg each year for herbal cannabis and by 5.7 mg for cannabis resin. Authors conclude that cannabis consumed today differs enormously from the drug consumed half a century ago.

A higher THC content could increase long-term health risks associated with cannabis. However, these findings largely point to the need for a regulated cannabis market, in order to control and limit concentration changes.

Researchers highlighted that these findings show the need for harm reduction strategies. These should be similar to alcohol with standard units and guidance for safe consumption limits.

The authors highlighted that with the strength of cannabis increasing, the number of people entering treatment also has. They also highlight that frequent cannabis use with high THC levels is associated with an increased risk of problems such as addiction and psychosis.

However, the link between cannabis and psychosis is far from straightforward.

However, for the majority of people – cannabis does not have this effect.

Epidemiological data has given us some interesting conclusions to unpack. During periods where drug abuse has peaked, corresponding rates of psychosis remain unchanged. There are also cultural differences in the rates of substance abuse yet psychosis rates are fairly constant. If causally related, this data would be more in sync, but it isn’t.

This would suggest that although there is a relationship between psychosis and cannabis – it is not a causal relationship and psychosis is likely to precede drug use.

Observational epidemiological studies are problematic in that all we can deduce from it is what people choose to do overtime. This means that the people that choose to use cannabis will be different to those that choose not to. 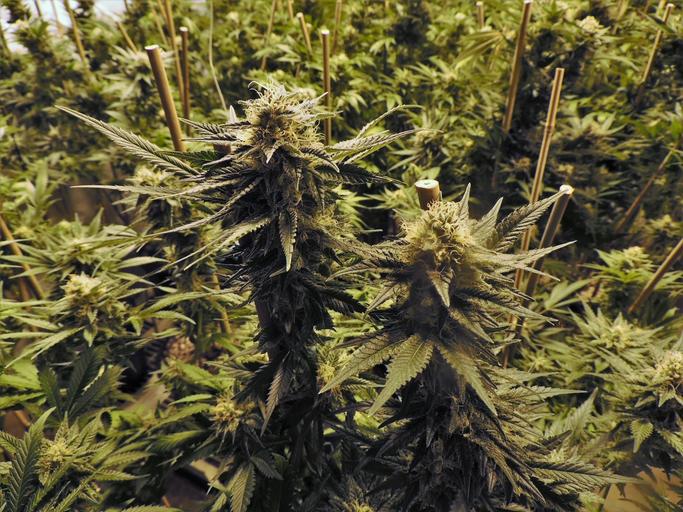 Something which is often overlooked in cannabis and mental health research is how individuals consume the drug. Consuming cannabis with tobacco is likely to have an influence on mental health, being much more harmful than cannabis on its own. Research finds tobacco impairs mental and physical health to a greater extent than cannabis. So, using tobacco in conjunction may impact mental health more than solely using cannabis

THC potency has increased and this is potentially problematic. However, rising potency is a consequence of a lack of regulation. This means the only way to reduce the harms cannabis poses to society is through regulation.

How do we tackle this? Through having clear and consistent labelling which communicates THC and CBD doses, serving size and associated risks.

Another way is through education, as this is currently lacking. Educating children by having an open, honest and evidence-based conversation about cannabis is a necessary step to reducing the harm it possesses.

The recently released ESPAD report indicates concern around potentially risky and rising cannabis use among 15-16 year olds. Cannabis is perceived to be the easiest illicit substance to get hold of with 32% of the sample rating it as easily obtainable. We have seen a decline in drinking with tougher legislation on alcohol sales, which is helping to keep alcohol out of the hands of children and teenagers. We are seeing the opposite with cannabis.

This means restricting adolescent access to cannabis is a way of reducing harm. Current drug policies do not prevent use among young people. Given the nature of illicit markets, it could be suggested that cultivators are inclined to grow stronger strains that are more valuable, and in turn profitable. It could therefore be argued that rising THC is another consequence of an unregulated market.

The solution? Regulating cannabis. This would help control this, through clear labelling, standardised units and a variety of lower strength products. And most importantly, keeping it out of the reach of children.