Global Drug Policy Launch: A look at the best and worst ranked countries

The tool is uniquely positioned to establish quantitative accountability for governments, supported by former Prime Minister of New Zealand Helen Clark’s powerful comment in The Telegraph which posits “data is power”. It is hoped that the Index will provide the first evaluative mechanism in the field of drug policy.

Key individuals involved in the creation of the Index have implored viewers to understand that even the best ranked countries have room for improvement, with the UK ranking fourth despite an overall score of 69 out of a possible 100, dropping to 50 when looking at the data on proportionality.

Thus, qualitative assessments of policies and their real-world implications are helpful to complement and understand the Index’s powerful assessments.

Ranked 27th out of the 30 countries analysed, Kenya scored an abysmal 34/100 in the Index.

Taking a deeper look beyond the data, while the limitations of Kenyan drug policies are evident, analysis of these policies only tells half the story in analysing the landscape of harm reduction and policing in the country, supported by Emmy Kageha’s publication for Mainline, ‘Drug Laws and Human Rights in Kenya: Disharmony in the Law and Training Recommendations to Law Enforcement’.

The restrictive laws under the Kenya Narcotic Drugs and Psychotropic Substances (Control) Act 1994 criminalises not only the possession and trafficking of drugs, but also being in areas where drugs are consumed, and possession of any drug paraphernalia.

While abuse by police is technically illegal, it is very frequent in their dealings with PWUD, with the GDPI classifying violence and torture against suspects in drug cases by police as occurring “always or nearly always”. Bribery, arbitrary detention, and denial of treatment are all also frequent.

Some estimates report that over 75% of the Kenyan prison population are incarcerated for drug-related crime.

In an attempt to combat rising HIV/AIDS cases in the country, guidelines for Needle and Syringe Exchange Programmes (NSP) were developed by the Kenyan National AIDS Control Council, but have been met with scrutiny and antagonism by policymakers.

NSP and methadone are legal and available to a limited extent, but police lack clear guidance and understanding of the laws and as such continue to incarcerate people who use these interventions on the grounds that clean needles and syringes can be classified as drug paraphernalia. Treatment services are available, but inaccessible due to costs.

Interestingly, in some regions of Kenya including Malindi and Mombasa, the government appears to tolerate crucial harm reduction interventions. In Malindi specifically, successful and active engagement with law enforcement has resulted in a de facto depenalisation of drug use and possession, a reduction in violence and harassment, and a general acceptance of harm reduction.

Kageha’s report, however, also highlights a shortcoming in any attempts to quantify drug policy and drug-related harms: one expert quoted in the report stated that any drug policy reform in Kenya could instead be deleterious to people who use drugs, arguing that a “blanket change of laws could increase mob justice in communities”, where without a targeted reduction in stigma among citizens, policy reform could be rendered futile and indeed dangerous.

It therefore appears that ambitious ideals of decriminalisation, or legal regulation, may be based in Western ideas of successful policy interventions that are less applicable to countries with vastly different socio-political and economic climates.

Progress is not binary nor easily quantifiable, and thus we should recognise not all criteria as immediately aspirational for all countries.

The drug policy of Afghanistan has radically shifted since the Taliban regained control of the country in August, where drug use is considered “a stain on the society they hope to create” and “against their interpretation of Islamic doctrine”.

Afghanistan’s production of opium currently accounts for over 95% of the UK market and 90% of global illicit supply. The practice of farming poppy is common and rarely incurs criminal punishment, and indeed has historically been ‘taxed’ by the Taliban.

The Taliban in 2000 successfully banned opium poppy farming in controlled areas, and in regaining control of the country the organisation has pledged to do so again.

Police brutality against people who use drugs, especially among the country’s homeless population are frequent; Reports of raids by the Taliban in areas with high populations of unhoused people who use drugs emerged last month, resulting in beatings and forced entry into abstinence-based treatment programmes. The programmes force withdrawal, an incredibly dangerous practice. There have also been recent allegations of police using people with drug addictions for free labour.

“It’s not important if some of them die,” said Mawlawi Fazullah, a Taliban officer. “Others will be cured. After they are cured, they can be free.”

Excerpt from article in The Independent: https://www.independent.co.uk/asia/south-asia/taliban-afghanistan-drugs-underworld-police-b1934188.html

The availability of harm reduction in Afghanistan is limited due to a lack of funding, but the principle is explicitly referenced and enshrined in policy documents. NSP and OAT are legal and available.

Ranked first and best-performing out of 30 countries, Norway scored 74/100 in the GDPI’s analysis.

Norway’s drug policy is based around ‘Prop. 15 S: The Action Plan for the Alcohol and Drugs Field (2016-20)’, which prioritises prevention, intervention, treatment and aftercare for people who use drugs. The paper’s strong emphasis on diverse and multifaceted services that acknowledge the nuance of reasons people may start and continue to use drugs, and the type of support they might need. It also pursues integration of people who use drugs and people in recovery from problematic drug use into wider society through employment, education, and housing.

The action plan was afforded a budget EUR 252 million, and has steadily increased annually according to emerging need.

Despite these promising policy preferences and a safe injecting facility that operates out of Oslo, Norway’s drug-induced mortality rates continue to be among the highest in Europe. Further, possession of drugs continues to be a punishable offence with few diversions available and enshrined in law; More drug offences for use and possession than supply were reported in 2017.

A promising attempt at decriminalising personal possession of drugs was made this year, with the leading centre-right coalition pushing for the policy reform. The bid was blocked by the opposition, the Labour Party, signalling the triumph of party politics over genuine pursuits of harm reduction, and potentially stalled reform for a long period following the failure of the Bill.

Outside of top-down government interventions, Norwegian organisation Rusopplysningen released in 2019 a series of exciting harm reduction posters that actively destigmatises and promotes harm reduction for people who use drugs. 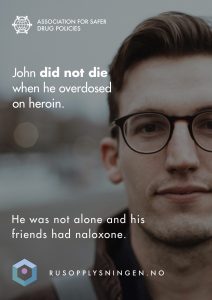 The Global Drug Policy Index is an incredibly powerful mechanism in lobbying for critical reforms across the world. It follows in the strong legacy of influential tools like Freedom House’s ‘Freedom in the World’ index, the Democracy Index and the World Press Freedom Index, which are reputable and influential enough to hold to account governments across the world.

While indexes sacrifice qualitative nuance that contextualise scores and rankings, they are a persuasive apparatus in lobbying efforts. The work of the Harm Reduction Consortium on the Global Drug Policy Index should be lauded, and the potentially lasting and transformative impact of its findings underscored.

On War and Drugs