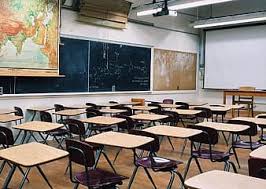 If I told you that alcohol causes cancer, dementia, traffic accidents and violence, would you be a teetotaller for the rest of your life? There is no doubt that all drugs, whether legal or illegal, are harmful and come with risks. In order to protect young people from the harms of illicit drug use, which includes the use of illegal drugs as well as the misuse of legal ones, a zero-tolerance approach is practised in schools and universities around the UK. In fact, the latest statutory guidance on “Physical health and mental wellbeing” education in schools, which will come into force in September 2020, only focuses on the risks, harms, dangers and criminality of drug use (1). Accordingly, educators, policymakers and even parents make use of scare tactics, which involve exaggerating the dangers, focusing on the negative aspects of drugs, and delivering fear inducing messages to promote abstinence. However, this approach doesn’t only fail to prevent drug use, but it also fails to keep people who decide to use drugs safe.

Indeed, statistics show that illicit drug use is still a common phenomenon, and the number of drug-related deaths are at an all-time high. More than half (56%) of university students (2) and nearly 25% of pupils aged 11-15 (3) have taken an illicit drug. Furthermore, deaths related to drug poisoning are 46% higher than the figures in 2008 (4).

If illicit drug use and related deaths are still high after 50 years (5) of “war on drugs”, we must accept that we’ve been trying to solve the wrong problem to keep young people safe. The reasoning behind prevention strategies is that drugs are harmful, harm can be avoided by preventing drug use, and therefore prevalence of drug use reflects the amount of harm caused by drugs in the society. However, this view is over-simplistic, and doesn’t reflect the reality. Most drug-related harm comes from the way drugs are used, and not from the fact that they are used at all. Therefore, we must redefine the problem by asking what’s causing more harm and how we can reduce it.

Sex, which is another taboo topic in education, has also been politicised and moralised throughout history. During 1980s, sex education was believed to encourage ‘precocious and promiscuous’ heterosexual activity and criticised to normalise homosexuality (6). Moreover, teachers were explicitly warned that giving pupils advice on contraception without parental consent could lead to a criminal offence (7). Consequently, the UK had one of the highest teenage pregnancy rates in Western Europe during the 1990s while 1 in 5 school governors were still opposed to sex education arguing that it encouraged sexual experimentation (8). With the prioritisation of comprehensive sex and relationships education along with other interventions in 1999 (9) , teenage pregnancy rates decreased by 62.7% within 2 decades (10). This shows the effectiveness of focusing on harm reduction rather than abstinence of the act.

As we now acknowledge that young people may have sex and teach them how to use a condom (11), we also need to acknowledge that they may take illicit drugs and teach them how to do it safely. While scare tactics can work on those who are likely to be abstinent, they can lead to even more curiosity for others. This is simply because young people take risks and engage in behaviours that can have negative outcomes while also striving for personal autonomy and independence (12). Accordingly, it’s not surprising that 50% of pupils aged 11-15 who took illicit drugs for the first time did so ‘to see what it was like’ (3).

Prevention strategies also fail to acknowledge the increasingly normalised nature of illicit drug use among young people (13) despite the representation of illicit drugs as morally or legally wrong. Evidence shows that 62% of university students are relaxed about their peers’ drug use2 while 30% of 15 years olds think it is ‘OK to try cannabis’ and 17% think it is ‘OK to use it once a week’ (4).

The illegal status of most illicit drugs doesn’t help to prevent use either. The lack of regulation actually allows illegal drugs to be more accessible, not only any time of the day but also for any type of customer regardless of age. Indeed, more than half (53%) of young people aged 16 to 24 report that obtaining illicit drugs within 24 hours would be very or fairly easy (14). Moreover, accessibility is much more convenient with the rise of drug dealing on social media platforms such as Facebook, Instagram, and Snapchat, through which any drug can be purchased and delivered to your door15 . Unlike street dealers, dealers on social media can target young people who fit a certain profile, and even promote drug dealing as an attractive lifestyle by displaying large quantities of cash or expensive commodities (15).

Still, most illicit drug use is for fun and does not reflect abusive behaviour (2,16). While this is good news, it also means that drug education which only focuses on abuse doesn’t address the needs of young people with unproblematic drug use behaviour. Illicit drug use is described as a “youth phenomenon” increasing during adolescence, peaking in young adulthood and declining through university by itself (17). Given that most illicit drug use is experimental, the goal of drug education should be to help young people go through this risk-taking period safely.

On the contrary, the current approach, which is biased and dishonest about the effects of illicit drugs, causes even more harm. When young people try drugs and see that it doesn’t immediately lead to addiction or the negative consequences they’ve been warned about, they lose trust in authorities and listen to their peers instead (18). They may believe anything they hear from their peers or go to unreliable sources to learn about drugs which might result in harmful behaviour, problematic attitudes, and misconceptions.

Moreover, putting all illicit drugs into one category and labelling them as dangerous prevent young people from learning the ways in which different drugs affect our body, their relative harms and other factors that influence how our body reacts to these drugs. In this context, when people try a relatively less harmful drug like cannabis, they may think this is also the case for other illicit drugs such as cocaine, and unintentionally expose themselves to more harm.

This artificial categorisation also creates a misconception that legal drugs are less harmful than illegal ones. Consequently, young people may consume legal drugs in larger amounts and more frequently while avoiding the illegal ones. However, legal drugs such as alcohol and tobacco are shown to be more harmful than many other illegal drugs (19). Categorising drugs scientifically according to how they affect the nervous system and including all psychoactive substances whether they are legal, illegal or medicinal will better inform young people on how to minimise harm in any situation.

Some will argue that harm reductive approach might send the wrong message and increase the use of illicit drugs. Drug-testing facilities were highly contested as a harm reduction intervention before their implementation. Evidence from different countries now show that these services don’t increase drug use nor encourage nonusers to begin using drugs; in fact, they can save lives and even influence the illicit drug markets (20).

To protect young people from drug harms, we need to look at drug education from a pragmatic and scientific perspective, and not a moral one. Instead of dictating young people what to do, educational programmes should equip them with unbiased and evidence-based information as well as the mental tools and skills to process that information with the overarching aim of reducing drug-related harm. The curriculum shouldn’t focus on only how drugs affect our bodies, but also how our psychological, physical, social and environmental context influences the drugs’ effects. Acknowledging that drug use is a spectrum and accepting young people as they are will allow to engage with them more effectively to communicate any messages that promotes healthy behaviour.

In the end, young people should be informed and analytical about all substances they consume whether legal or illegal. Drugs on the market and the laws about them change over time, but if they are equipped with the right knowledge, they can stay safe in any context. Human’s relationship with psychoactive drugs is older than the written history (21), and we shouldn’t ignore the fact it is likely to persist in the future.

This piece is written by Arda Ozcubukcu, Senior Researcher at Neurosight