The Overwhelming Argument for Rescheduling Psilocybin to Schedule 2 in the Misuse of Drugs Regulations 2001.

In July, the Conservative Drug Policy Reform Group (‘CDPRG’) produced the most compelling argument (so far) for rescheduling of psilocybin.[1]  It is now time to:

Research into psilocybin is essential. Existing research broadly indicates the drug’s beneficial properties in treating depression and other mental health issues. In particular, there is increasing evidence regarding psilocybin’s ability to treat depressive illnesses which are resistant to standard medication.[2] A body of research now indicates that the drug has prodigious abilities in this field with very few down-sides. There are therefore considerable public health benefits in facilitating projects which manage to safely bring new innovative drugs based on psilocybin to market. Equally, there are commercial benefits in creating a regulatory environment which nurtures such projects. 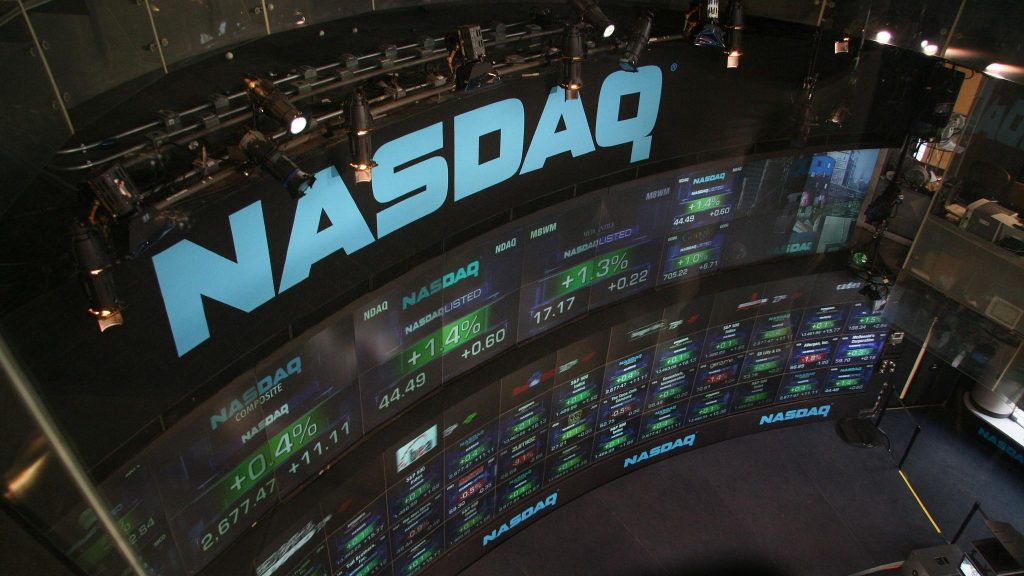 Consider the recent Initial Public Offering of Compass Pathways plc. in September 2020. Compass Pathways is a company developing a form of psilocybin therapy using a formulation of synthetic psilocybin (‘COMP360’) administered in conjunction with psychological support. Their market capitalisation was $127.5 million[3] with stock jumping 71% on the first day of trading on the NASDAQ. Similarly, MindMed, a New York based company conducting clinical trials on psychedelic drugs for anxiety and opioid use disorder recently applied for an up-listing to the NASDAQ, with a market cap of $190 million.[4] The UK economy stands to benefit from developing and nurturing a regulatory environment where medical research entrepreneurs can enter the market and flourish, alongside pharmaceutical corporations. Furthermore, there are considerable academic benefits in establishing such an environment, including work and funding for junior scientists, and the increased ability to utilise psychedelics so as to fully understand their capabilities in medicine.

Understanding the differences between the regulatory environments in which research into Schedule 1 and Schedule 2 drugs is conducted is key to understanding the force in the argument for rescheduling.

First, a brief reminder of the law. The Misuse of Drugs Regulations 2001 (made under section 7(3) of the Misuse of Drugs Act 1971) contain Schedules which refer to certain controlled drugs. It is the Schedule which defines restrictions and obligations with respect to supply, prescription, storage, destruction and record keeping. A Schedule I substance is subject to the tightest regulation. Such substances cannot be used without specific Home Office approval (i.e. by licensing). By contrast, relevant use of a Schedule 2 substance does not require specific Home Office approval, although there remain controls on safe custody and prescription. 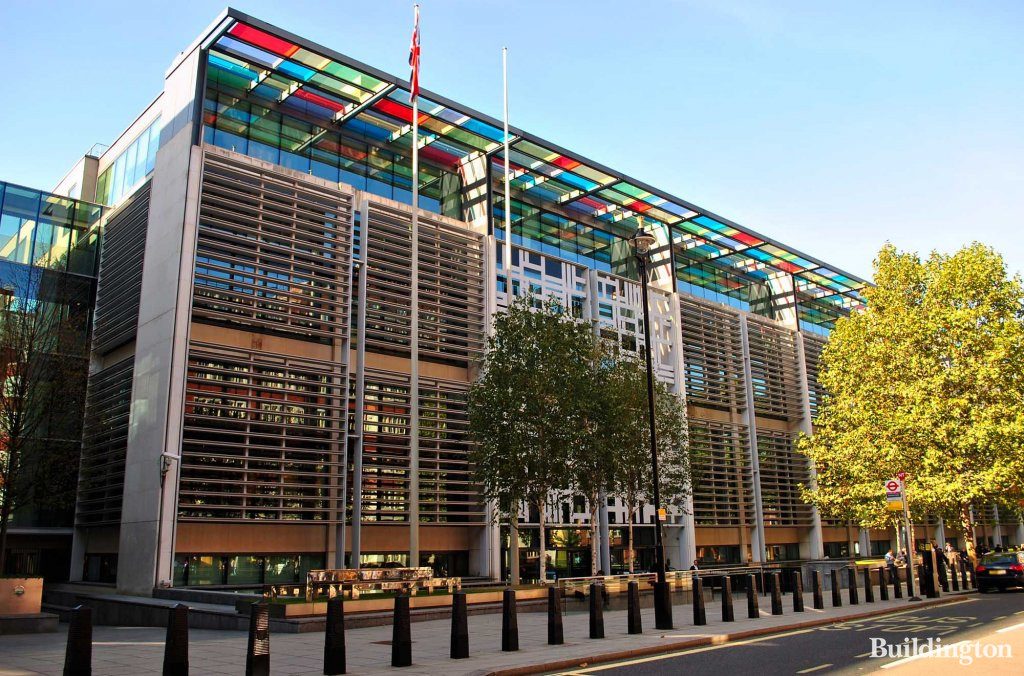 The decision to include a drug on a Schedule is not obviously linked to factual evidence of harm. The public rightly considers diamorphine (heroin), cocaine, ketamine and methamphetamine to be particularly dangerous drugs. All are Schedule 2 substances. Conversely, psilocybin is Schedule 1 but is low risk compared to other classes of psychoactive drugs. As a comprehensive body of research demonstrates, psilocybin is not associated with physical dependence[5] or crime.[6] Deaths related to its abuse are very rare.[7]

The practical implications of the regulatory regime for Schedule 1 substances are significant if not prohibitive for smaller companies/entrepreneurs. The authors of the Medicinal Use Report (most of whom are research scientists with experience in organising studies in Schedule I drugs) identify the following impediments:

The overall costs of such a regime are highly significant. The Medicinal Use Report quotes Professor David Nutt:

“In our first study of psilocybin in the treatment of resistant depression, I calculated that because of the extra costs incurred by the Schedule I status of psilocybin, each dose cost around £1,500 – more than ten times the amount if the restrictions were not in place.”[9]

Costs increase for phase 3 clinical studies. These studies are significantly larger in scale (often with multiple sites) so as to provide the safety and efficacy data required for regulatory approval of new drugs. They cannot be bypassed. The studies bring together multiple pharmacies to manufacture, package and handle substances. Each site must have a separate license for administering. That license must name medical personnel with roles in prescribing and administering. Every related pharmacy must have either dispensing or manufacturing licenses. These all have to be renewed annually at considerable expense.

Consider the regime from a commercial perspective. COMPASS Pathways (see above) is actually a UK based company. They estimate that the cost of preparing their first batch of psilocybin was £2 million with a significant proportion of that cost attributable to the burden imposed by Schedule I regulations.[10] While they have a handful of research sites in the UK, they since appear to have turned towards the United States, with COMP360 designated a Breakthrough Therapy by the US Food and Drug Administration in 2018.[11] Their decision to list on NASDAQ is reflective of the failure of the Home Office to create an evidence-based regulatory environment as part of an economy which nurtures companies like theirs.

Our economy is missing out because of an overly restrictive regulatory regime which is decoupled from the known facts about specific drugs. Our regulatory regime is not one which is even capable of developing a burgeoning research environment in psilocybin. It certainly cannot underpin the development of a market which nurtures commercial activity linked to safe medicinal use of psychoactive drugs.

The effect of rescheduling would cut out the bureaucracy and excessive costs while managing risk. Schedule 2 drugs are still subject to strict safe custody, security and administration requirements but there is no need to obtain Home Office licenses. Under Schedule 2, a project would have a specific exemption to do the research. There is a precedent for moving controlled drugs from Schedule 1 to Schedule 2 prior to market authorisation as a medicine: cannabis-based products for medicinal use were rescheduled in November 2018 prior to market authorisation.

It follows that the arguments for rescheduling psilocybin are powerful, evidence-based and far from radical. Rescheduling would facilitate commercial activity rather than deter it.

What of the impact of the Medicinal Use Report? It was publicly released on 27 July 2020. It concluded that the current scheduling of psilocybin was “hindering good science” by causing research projects to shoulder prohibitively high costs and excessive delays. It concluded there was no evidence base for maintaining psilocybin in Schedule I. The report made common sense proposals for rescheduling the drug to Schedule II based on a huge body of research. These proposals balanced security considerations with the need for cost-effective research, in light of the known evidence about the relatively low risk of psilocybin. The argument for rescheduling of psilocybin contained in the Medicinal Use Report was authoritative and overwhelming.

The Home Office did not engage with that argument at all:

“We need to strike the right balance between enabling legitimate research to take place in a secure environment while ensuring that harmful drugs are not misused and do not get into the hands of criminals. The current classification of psilocybin under Schedule 1 does not prevent research of clinical trials under a Home Office licence.”[12]

This was a failure to act on the arguments contained in the Medicinal Use Report that:

There is still time to act on these arguments which are only going to increase in volume and cogency as further research is conducted in jurisdictions with a more favourable regulatory environment. The commercial case for a market in medical psilocybin also increases. Amending the Schedule of a drug under the MDR 2001 does not require primary legislation but may be achieved by the Home Secretary laying a Statutory Instrument after consultation with the Advisory Council on the Misuse of Drugs. That process could be started now. There is every opportunity for the Home Office to engage with the arguments, consider the evidence and take the opportunity to easily create an environment which nurtures research and related commercial activity for the mutual benefit of public health and the economy.

This piece was written by Rob Jappie, a Partner at Ince & Josh Normanton, a Barrister at 5 Paper Buildings.

[5] The Abuse Potential of Medical Psilocybin according to the 8 Factors of the Controlled Substances Act. Johnson et al. (2018, Neuropharmacology) at §2.2.1 (“Abuse Potential Report”).

[9] Medicinal Use Report, pp54-55 quoting from “Classification of Psychoactive Substances: When Science was Left Behind” (The Global Commission on Drug Policy).

Nanotechnology: What is it and how does it improve CBD?

Lockdown 2.0: What Does This Mean For Drug Use?