During a briefing on the opioid crisis in the United States on Tuesday 8 August, President Donald Trump declared that “strong law enforcement is absolutely vital to having a drug-free society”.

According to the National Institute on Drug Abuse, opioid-related death have risen by 180% between 2002 and 2015, raising from more than 12,000 to more than 33,000 thousand deaths. Although “the equivalent of the Yankee Stadium is dying every year of opioid overdose”  and healthcare authorities have asked the President to declare a state of national emergency, D. Trump rejected the proposition and instead decided to focus on increasing current enforcement laws to prevent people from accessing drugs. The US President justified his position by saying that “the best way to prevent drug overdose and addiction problems is to prevent prevent people from using drugs in the first place”.

But the enforcement of drug laws in the United States hasn’t worked, as shows the figure mentioned above. Even with an increase in financial and human resources, drug enforcement agencies are not the right way to deal with the opioid crisis in the United States. Interviewed by CNN, Bill Piper, who is a Senior Director of Drug Policy Alliance’s office of National Affairs asserted that addressing the problem via enforcement laws “has never worked, {and it would be} better focusing on the treatment side of things”. 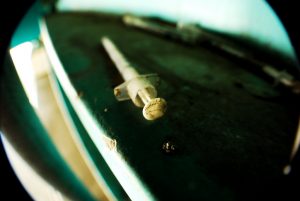 Solutions to take on the problem from a treatment point of view are numerous. Drug consumption rooms are being opened throughout the world that aim to give a safe environment for people to use drugs with medical assistance in case of overdose, and allow them to use clean needles when injecting themselves with heroin or other opioid substances.

Another opportunity for reducing deaths related to opioid use is to improve access to cannabis. In a study lead by the American Academy of Pain Medicine, “researchers found that opiate-related deaths decreased by approximately 33 percent in 13 states in the following six years after medical marijuana was legalized”. In the US opioids are largely prescribed as a pain killer for patients suffering from chronic and acute pain illnesses, and often these treatments result in an opioid addiction which sometimes leads to death. Legalising marijuana for medical use would significantly decrease the number of opioids prescribed to manage pain and therefore reduce opioid-related deaths in the US.

Donald Trump’s announcement coincided with the Albert Einstein College of Medicine was awarded a $3.8 Million grant for a long term study on medical marijuana’s impact on opioid use for pain.