The Way We Depict Drugs, and People Who Use Them, Must Change.

Portrayals of sex in the media are changing – and how we depict drugs, their use and the people who use them must be next.

In recent years, sex on screen has been subject to increased scrutiny, with a new generation of media consumers demanding a change in the way that sex is shown in film and television shows. In the post-#MeToo era, male-gaze centred portrayals of unlubricated, uncomplicated and unprotected sex are firmly out of fashion.

Nowadays, intimacy coordinators roam the sets of programmes like I May Destroy You, Sex Education and It’s A Sin, and on-screen portrayals of queer and non-PIV sex, affirmative consent, and safe sex practices are the order of the day for a generation of viewers who take increasingly progressive stances on social and cultural issues.

It’s time a similar transformation took place for depictions of drugs, their use and the people who use them – and a wholly underappreciated area that is both ripe for reform, and occupies an outsized importance when it comes to portrayals of drugs, is stock images.

Stock images – collections of photographs which are licensed for specific uses – are the backbone of the online visual economy. They are more popular than ever before, and accompany all manner of online content – especially useful for dealing with issues such as drugs where there are potential difficulties depicting usage without breaking the law, and where the majority of the population have no first-hand reference point. 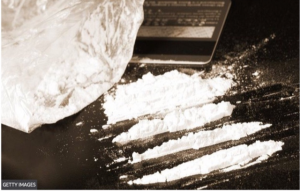 Quite apart from this image having precisely zero relevance to the story in question, the image itself is also hugely problematic. The ‘lines’ that have been assembled to mimic cocaine are wildly oversized; and the quantity of drugs depicted in the image would almost certainly cause severe harm, if not death, to the user.

A quick search of articles tagged under ‘drugs’ on the BBC News site – by far the most popular and most trusted news website in the UK – soon brought to light a tranche of similarly problematic, and often completely non-relevant images, routinely accompanying articles on a range of drug-related stories. 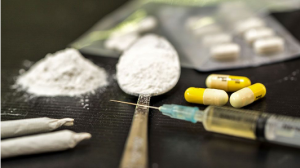 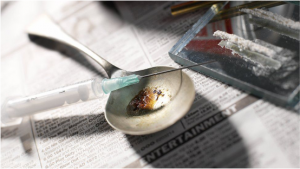 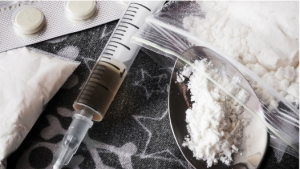 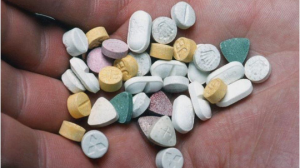 And it’s not just the national broadcaster using these images. Sky News, ITV News, and the Independent all have blatant instances of images depicting irresponsible drug use accompanying their drug news coverage. The use of these images is likely not the result of malice or stupidity, rather they are evidence that nobody has given proper thought to the potential effect they have on those viewing them – a sign, perhaps, of the low regard in which people who use drugs are held.

These images, depicting ludicrous quantities of drugs or dangerous poly-drug use, are wildly out of kilter with both harm reduction practices, and the experiences of most people who use drugs. It is absolutely vital that images accompanying stories about drugs do not unintentionally exacerbate the harms associated with taking drugs in the first place.

Mainly as a result of our current disastrous approach to drug policy, using illegal substances comes with an appreciable level of risk and can result in serious harm; often due to issues with dosage and poly-drug use. Depicting ecstasy pills in handfuls as if they were confectionary leaves a sour taste in the mouth of those urgently seeking to reduce drug-related harms. These images, far from harm reduction, are unintentional harm promotion.

This becomes particularly important in the context of the first-time drug user who likely trusts news outlets such as the BBC and may, mistakenly but understandably, form the impression that the dangerous levels of consumption or poly-drug use depicted are ‘typical’ or ‘safe’.

Our ‘DM for Details’ report found that drugs are easier to access than ever before for young people across the UK, with one in four (24%) reporting having seen illicit drugs advertised for sale on social media sites. Generations of young people raised to implicitly trust the BBC, using BBC Bitesize for their homework and being told by teachers that it’s a reliable and objective source of information, may intentionally or otherwise be forming their understanding of drug use from such images, going on to use them as reference points or guides for dosage or mixing – especially given the dire state of drug education in UK schools.

The images used in coverage of drug stories matters, particularly with regards to legacy media outlets. Often accompanying tragic stories demonstrating the harms that our current approach to drugs causes, visual depictions need to be both realistic, and relevant to the story.

Does a story about three near-fatal overdoses – a vital opportunity to deliver potentially life-saving harm reduction information to vulnerable people – need to be accompanied by an image that is the visual equivalent of a sensationalist headline?

The use of such images is made more frustrating given the abundance of sensible imagery out there, depicting safer and more realistic consumption, and harm reduction measures. A cursory search for images tagged ‘cocaine’ on popular stock image site Getty Images provides numerous examples of images that are more realistic, both in terms of quantity and usage profile, and far less likely to cause unnecessary harm than the cocktails pictured above.

Similarly to the intimacy coordinator, media organisations need to consult with experts to ensure the images they use to inform and educate the general public about drugs are realistic, relevant and harm-reduction focused.

Stock images are ubiquitous, and as such are a powerful medium with considerable influence when it comes to shaping our ideas of what drugs and their use look like. Young people are disproportionately likely to take drugs, and rely on informal methods of education regarding drugs due to stigma, illegality and the failure of our education system to give harm-reduction information beyond ineffective ‘just say no’ messaging.

If a picture is worth a thousand words, then those spilling ink for the cause of reducing the harms drugs pose to society should urgently be demanding smarter and safer pictorial representations of drugs. You never know who might be looking.

This piece was written by Jay Jackson, Head of Public Affairs at Volteface. Tweets @wordsbyjayj

Spotlight on Women in the Medical Cannabis Sector: Interview with Elisabetta Faenza