The sun peeked through the clouds as thousands descended on Hyde Park yesterday for the annual 420 celebrations. It felt like a festival with everyone sitting on the grass, smoking weed, eating snacks and listening to music. We even saw a group who had brought a tent and were happily having a barbecue.

420, which is celebrated on 20th April (name taken from the American 4/20 date), is both a celebration of cannabis and a peaceful protest about the ridiculous cannabis laws in our country. I was impressed by the turnout – the crowd stretched out as far as the eye could see. The smell of weed was (unsurprisingly) very strong and there were plenty of people who had dressed up in green for the occasion. A number of pro-cannabis organisations were there too, including the United Patients Alliance, which stands up for medical cannabis users. A few companies were around handing out free stuff (always good). 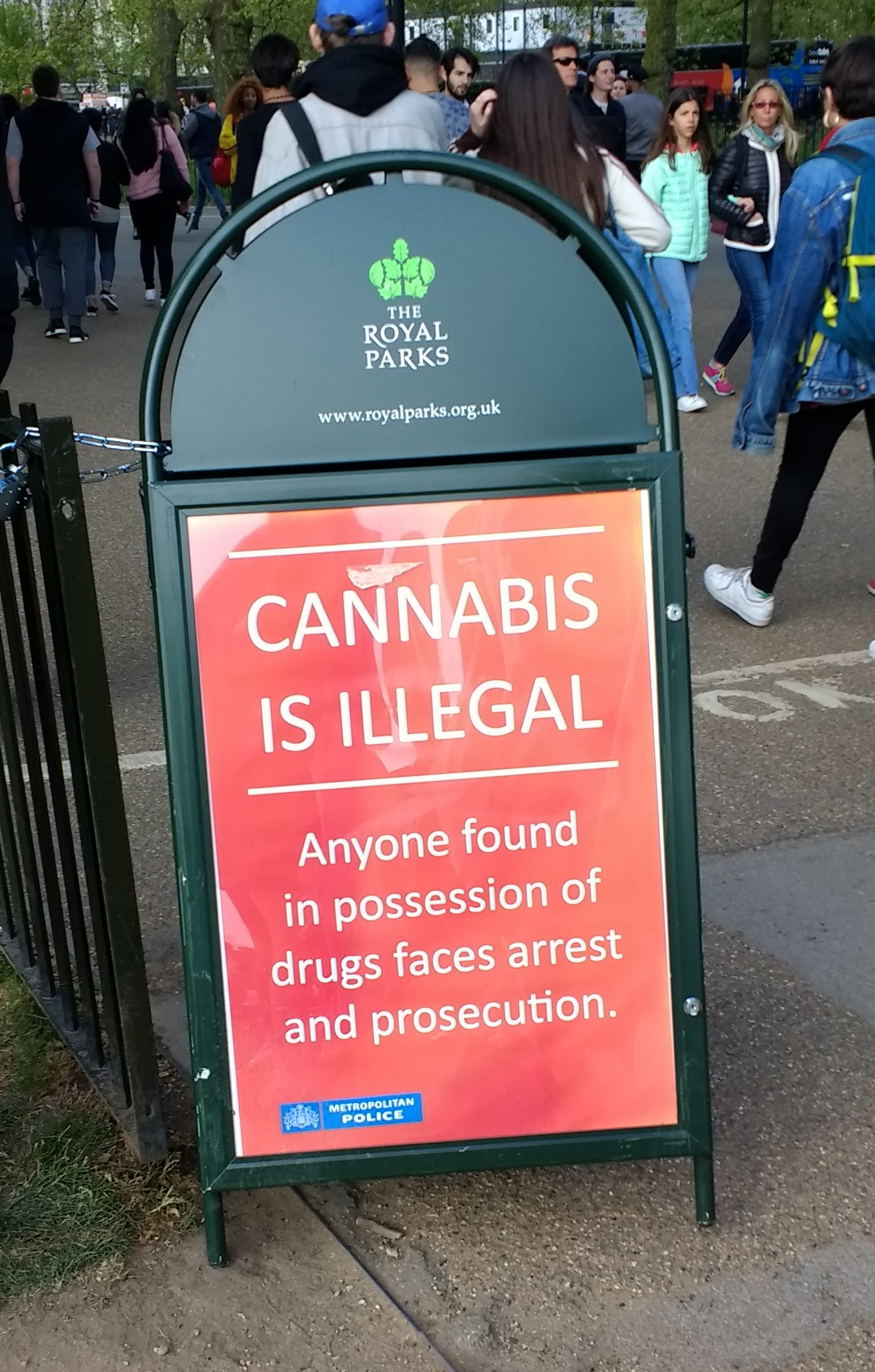 At 4:20pm a great cheer went up, everyone lit up again and there was a sense of unity in the crowd. The atmosphere was friendly and chilled out, in contrast to how some of the media managed to portray it. I can only assume that Daily Mail reporters walked around the entire area trying to scout out just one person who was causing trouble.

There was almost no police presence the whole time – I saw a couple of police officers at the entrance but that was it. It seems that they have realised that there is absolutely no point in trying to arrest people who are just having a good time and are being little more than a nuisance.

It was quite surreal to be out in Hyde Park with thousands openly smoking a drug that can get you up to five years imprisonment (if you’re very unlucky). It goes to show how far we have come in accepting both that weed is not as scary as all that, and that the police are not going out of their way to arrest and prosecute people for cannabis offences.

We at Volteface hope you all had a great 420!

Volteface Voices: What Really Goes On Inside The Dark Web?