Just over four years ago, Britain legalised cannabis. But not all cannabis, just medical. And not for everyone – the NHS are reluctant to prescribe you the sticky green stuff, you must try other medications first. Private clinics are more open-minded, but not everyone can afford them. So while around 17,000 patients in the UK are now prescribed ganja for conditions including pain, depression, insomnia, anxiety, Parkinson’s and multiple sclerosis, many still pick up off their dealer.

Still, 17,000 up from just a handful four years ago means that demand, and awareness, is growing fast. But since our government and tabloids are still stuck in ‘80s drug warrior mode, obsessed with ever-stricter punishments and dope-induced madness, it’s quite possible that our health system will be overtaken by moral hysteria: won’t somebody please think of the children??

So, perhaps it’s worth pondering the experiences of other countries…

Israel was one of the first to legalise medical cannabis in the 1990s; now, according to the Israeli drugs board, more than a quarter of the population are marijuana aficionados. But while seemingly progressive on this front, weed is still treated as a dangerous narcotic whose users – the patients – are not to be trusted. The whole process must be monitored carefully, and there are a lot of arbitrary restrictions and hoops one must jump through. 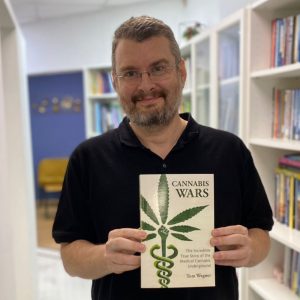 “Around the world there are hundreds of millions of people whose health is harmed by primitive and illogical policies,” said Tom Wegner, author of Cannabis Wars, recently translated to English. “I realised that I have a moral obligation to ‘turn on the light’ on a complete, systematic and global violation of medical ethics and of the human right on his own body.”

Cannabis Wars is full of anecdotal stories on how cannabis helped Israelis, and their experiences with the healthcare system. Including Tom’s dad, who was dying of cancer.

“After Dad got the cannabis oil, the improvement in his condition was noticeable and tremendous, in all aspects: his pain, his mood, his sleep, and especially his appetite – all improved,” Tom recalled. “Cancer patients in a bad condition stop eating, and cannabis restores their appetite, helping the body to strengthen itself.”

Since Tom’s dad was receiving chemo at the same time, it’s hard to say his improvement was down to the oil alone, it’s fair to say it didn’t hurt. But after the authorities cut his dose, the cancer came back.

“The licence we received – late and after a struggle with the system – was for 30 grams of cannabis flowers per month, 10% of the amount we needed,” he explained.

“Maybe it would have been possible to save my father if I had been able to reach the dose at which other cases of recovery have been documented. The cannabis laws condemned me to live with this question mark.”

That cannabis can cure cancer is a bold claim, based on anecdotal evidence – maybe the patient just got lucky – but cancer is a name for a wide range of diseases, and the body reacts differently to different strains with different cannabinoids. It won’t kill them, so what’s the harm in trying?

“It is important to say that even in cases where patients did not recover from cancer, I saw how cannabis oil improved the quality of their lives, not only in cancer but also in other serious diseases, in terms of treating pain, sleep, mood, appetite and more,” Tom added.

A National Restriction on Strains

A recent reform restricted the strains available to patients, with certain strains disappearing from the country altogether. Strains contain a very specific combination of chemicals that can be used for different treatments – not just any would do.

“In my father’s case, after we ran out of suitable strains that we obtained through donations from good people because we could not get a medical cannabis licence due to the bureaucracy and barriers in the system, his condition began to deteriorate,” Tom remembered. “The treatment with Rick Simpson oil requires consistency in strains and very large amounts of cannabis, a gram of concentrated oil per day; that is, about 300 grams of cannabis flowers per month.”

“I had to travel all over the country just to find suitable cannabis for my father, of certain strains, and in one incident, I fell victim to fraud. I paid $1,500 for medical cannabis that turned out to be fake, that is, cannabis of an unknown strain and origin, possibly sprayed with harmful substances, that was put in fake medical cannabis bags.”

Since cannabis is still thought of as a dangerous narcotic, everything is looked at through that prejudice: if someone “overdosed” and had a whitey for a few hours, that’s seen as a sign that cannabis is dangerous, but if someone recovers from an illness, it’s not proof enough. And in the cases of pain, a certain amount of time must have been spent trying other painkillers first, with weed as a last resort.

Although there were a few Israeli doctors like Johnny Greenfeld, who’d prescribe cannabis in large enough quantities for the patients’ needs, he was forced by the health authorities to cut his prescriptions to no more than 50g at a time. Give away too much, or so the thinking goes, and your patients will start selling their leftovers to wide-eyed high school kids.

“Patients around the world come to the doctor, and tell him ‘I want to try cannabis, I realised that it’s better for me than the drugs’, and the doctor tells them ‘No’,” said Wegner.

“The patients’ autonomy over their body and right to choose the treatment that is better for them are simply robbed as soon as it comes to cannabis.”

Patient activists pitched tents outside the Knesset (Israeli legislature) and crashed government committees inside. In one incident, a father whose daughter was taking cannabis oil for seizures showed up, but whose allowance had been reduced, and threatened to swallow 10 paracetamol tablets in one go. When everyone screamed for him to stop, he gulped down an entire bottle of cannabis oil instead, just to prove it’s not dangerous.

“When a patient needs medical cannabis and cannot get the amount they need, they are condemned to a cruel choice between the law, health, and his country. In some cases, the choice is simply to suffer and endure damage to their health,” said Tom. “In many cases, the patients are pushed into crime and are forced to buy on the black market, and sometimes get into trouble and get arrested. For many of them, this causes an identity crisis and they lose their trust in the health and law systems. In other cases, patients are forced to immigrate to ‘legalised countries.’”

The author broke the law himself to obtain cannabis oil treatment for his dad, sneaking around the bureaucratic obstacles by joining Facebook groups where patients exchange knowledge and help one another.

“To help my father, I received help from an extraordinary group, I call them, ‘the underworld angels,’” he said. “These are righteous people who work outside the medical establishment, help the sick at great personal risk, and are under constant threat of imprisonment and institutional harassment. Starting with patients donating medical cannabis that they need to patients in a worse condition, through family members of deceased patients who rush to donate their leftovers to other patients immediately after the death of their loved ones, so that the police who arrive at the scene of death will not confiscate it.”

Another problem is unlike other medication, weed is not subsidised by the state, making buying it a very expensive proposition. Dealers are left to pick up the slack. Secret trafficking organisations allowed patients who can’t afford their prescriptions to pick up for free. The most famous of these in Israel was Telegrass. 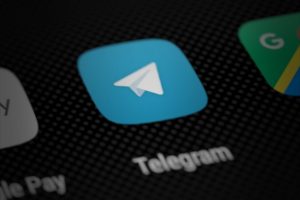 Set up by Amos Dov Silver, Telegrass’ appearance in 2017 turned the dope scene around forever. Based on the Telegram app, you could search for listings in your local area to link you up with a dealer. Telegrass had an identity verification system – undercover cops were named and shamed. Before long, it was the dominant way most Israelis scored weed and later, acid and MDMA.

At first this was just a convenient way to sidestep the rigid medical system, which could leave you waiting for months or even years for a licence. However, Telegrass is not only home to fast money hustlers, but also drug-dealing humanitarians. There are staff whose job it is to answer patients’ queries, prioritise them, and ask dealers in the patients’ area to give back to the needy. Amos himself would send over large gifts of grass whenever he heard a heartbreaking story on the news.

“The black market organisations, who were persecuted by the system for years and labelled as public enemies, suddenly found themselves receiving emotional letters of thanks from families of cancer and epilepsy patients,” explained Tom. “and this touched their hearts and even created a hidden competition between the organisations as to the extent of their donations.”

In 2019, Israeli police announced the mass arrest of 42 members of an international drug ring stretching from Israel to the US, Ukraine and Germany. Amos, who’d been running Telegrass in the United States, was lured to Ukraine for a fake wedding, where he was arrested and put on a plane straight to an Israeli prison, where he remains detained to this day. To the cops he’s an international drug lord, but to his admirers, he is celebrated as a modern-day Robin Hood.

Still, the black market by definition has no legal standards, and for needs as sensitive as medical, you need a bit more precision.

“When buying cannabis on the black market there is no reliable way to know which pesticides or fertilisers were used in the growing process, and very often these are substances that may be dangerous to sick people, and when it comes to cancer patients with a low immune system, there is even fear of death as a result of problematic pesticides that black market growers use,” said Tom, who related that to his own, personal experience.

“Beyond that, the feeling that the police might arrest you, when they are supposed to protect you, because you buy a non-toxic plant intended to treat a sick person, is an injustice that needs to be removed from the world.”

All these problems stem from the prejudice cannabis faces as just another type of dope for leaving a silly grin across your mouth.

“If someone came and said that they discovered some component in the ginseng plant that could cure cancer, most people would listen to it rationally,” Tom concluded.

“But when someone says ‘wait, maybe cannabis can cure cancer’, it sounds to many people as if he is saying that cancer can be cured with hookah, or a shot of tequila. These are substances that our stigmas about them do not allow us to take these claims seriously, it sounds like a joke. This kind of stigma still exists all over the world and keeps many people away from a treatment that could have benefited them.”

How to know if your cannabis use is problematic?