Cannabis 2.0 – Vaporizing: The Future of Cannabis?

In light of shifting use patterns for cannabis with less emphasis on smoking, the author takes a look at alternative routes of administration and discuss the future with the CEO of Zeus, a leading vaporizer company based in Germany.

The way people use cannabis is changing and this is undoubtedly a good thing. Firstly, alternative routes of administration (ROA) can be less harmful than traditional methods such as smoking, and might also increase efficacy in uptake, like with edibles. New methods of ROA might also even begin to change the way that people think about cannabis, and this is crucial for changing opinion and in turn changing policy.

Alternative ROAs to the classic ‘smoking a joint’ are nothing new, with ‘hot knifing’ and ‘space cookies’ both staples of the ’70s ‘hippy generation’. ROAs that are relatively new to the market include electric vaporizers that heat dried flower to a certain temperature which allows vapor to form from the gently heated bud. The user then takes a puff and exhales, much like a joint but without burning flower smoke entering the lungs.

Alongside a cultural hankering for ‘blunts’ instead of joints in the US, there are practical reasons for this enormous disparity between the two countries. There are now 13 recreationally legal states, and a further 34 medical states in the US, whist in the UK cannabis remains illegal recreationally with private prescriptions basically the only legal route for accessing cannabis*. Regulated markets ensure products are compliant but also the market encourages competition and with competition comes innovation.

Innovations can exist through quality of products as seen with craft cannabis producers in North America, such as leading company Tantalus Labs, but of further interest is innovations in product development.

In order to garner a lion’s share of the market, players must innovate to differentiate their products from competitors. This is exactly the case for impressive innovators ‘Zeus’, who produce high-class electric vaporizers that are engineered in Germany. Their CEO, Nima Noori told Volteface, “we are a market leader because we continue to innovate, and develop cutting-edge products based on customer feedback. We are vertically integrated which ensures tighter quality control as well as an efficient flow and control of information across our supply chain. This allows us to make informed decisions on what our customers really want when we release new products. We care about our customers and want to make sure that we are bringing the best products to market with reliable customer service.” 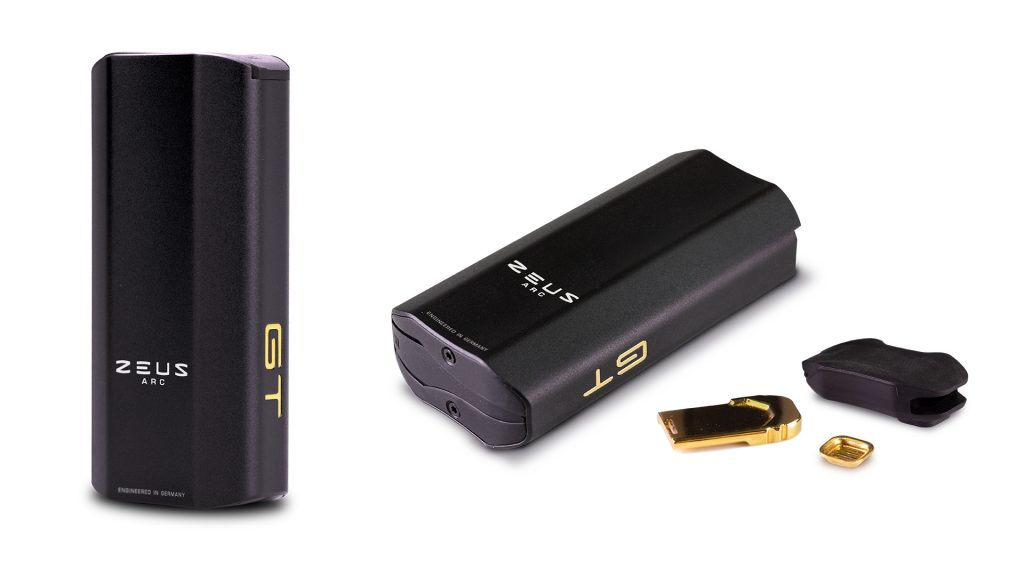 In order to reform cannabis policies in the UK, advocacy groups like Volteface need to make compelling cases for reform. One obstacle the team regularly faces is stigma. This stigma is rooted in the user (‘stoner’) or through the product itself – we regularly hear comments in focus groups like ‘the stuff stinks’ or that it is ‘ugly’.

The media doesn’t really help the case by constantly choosing to use images that show cannabis in a ‘dirty’ light, as shown in the image below. This author has had many articles butchered by Editor’s choosing to select an enormous joint being held by dirty hands, with pursed lips ready to inhale the fumes.

This media portrayal tarnishes ‘the image’ and perpetuates negative stereotypes about cannabis, and more importantly, about people who use cannabis. The reality of regulated markets is quite the opposite. Sleek shops akin to an Apple store are decked out adorned in trendy interiors, with friendly hipsters advising on what strain will suit best. Likewise, it is uncommon to see a joint being sparked up on the street as most people who cannabis have moved on to less harmful, more effective ROAs like vaporizing.

At the forefront of the vaping market is the aforementioned company Zeus, which is but one of the brands under the TVAPE group of brands; which operate across Europe/UK and have design and functionality as a core component of what sets them apart in the market. The sleek design of leading product GT is an example of how innovative products can help to shift public opinion through aesthetics.

“Our goal was to design a product with form and function in mind. Everything from the feel of the unit in your hands, the small form factor to easily fit in your pocket as well as a stylish and functional design inside and out. The Arc GT features 90 minute battery life, haptic feedback to let you know when the unit is ready to rip and an accelerometer to indicate when it should shut down when it is not in use.

One of the most unique features is the gold chamber with an isolated gold vapor path.The gold heating chamber efficiently cooks your herbs, while the gold heat sink with patented GoldSink Technology works to remove the heat before it reaches your lips.” On the note of innovations in the vaping market, Nima discussed what the future for vaping holds. CBD and herb enthusiasts will be excited to hear about a product that they recently launched, and is excitedly described as ‘the future’. The Iceborn is essentially an ice bong, but instead of burning flower, those who favour a ‘big hit’  through a waterpipe, can vaporize their product filtered through ice to improve flavor and allow for bigger clouds. Whilst some might call products like these gimmicky, the smart money will be on products like these becoming the norm in a world of legal, regulated cannabis. 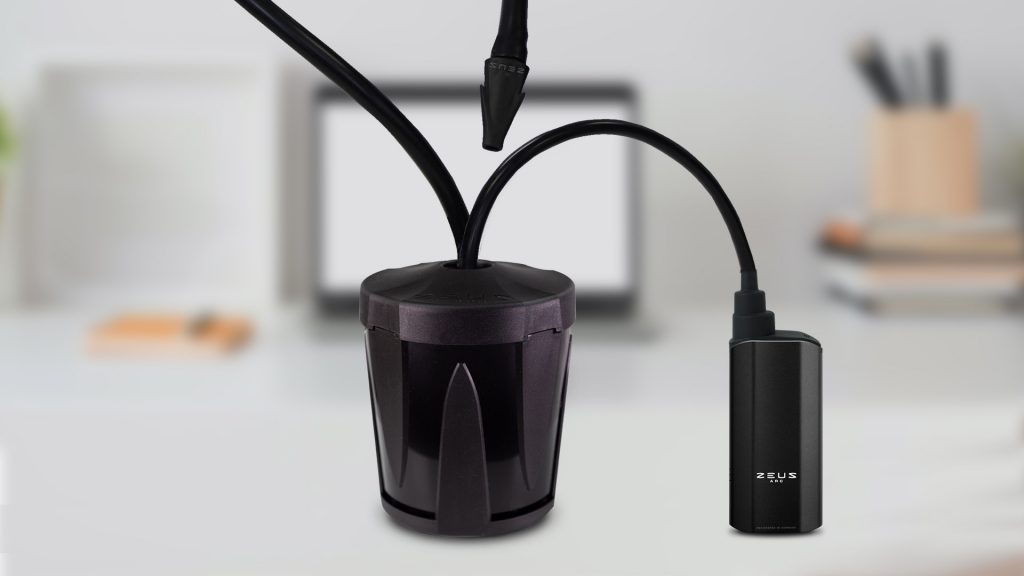 Zeus is excited to launch its latest innovation in 2021 called the ArcPod. Nima describes them as “single-serving CBD dosing capsules that go into the ZEUS Arc. You can take your CBD in a controlled, measured dose every single time, which is ideal for medical patients. Each pod is also recyclable, making it an environmentally conscious choice; which is something that every company should be thinking about in my opinion.”

“This piece was written by Ant Lehane, Head of Communications at Volteface and based on an interview with Nima Noori, CEO of TV Vape conducted in January 2020.“