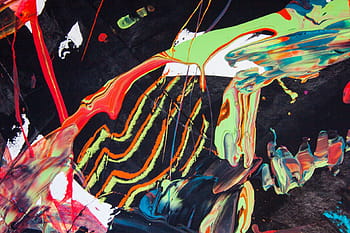 Following the SARS virus outbreak in 2003, various studies detailed increased cases of depression and post-traumatic stress disorder. As the outbreak of the current COVID-19 pandemic, a coronavirus similar to SARS, continues to wreak havoc across the planet, an opinion piece in The Sacramento Bee suggests psychedelic therapy as a means to treat emotional trauma caused.

Warren Gumpel, Co-Founder of the Ketamine Fund, a nonprofit focused on reducing suicide rates using ketamine, asserts that the COVID-19 pandemic is likely to create one of the largest mental health obstacles in modern times. “Rates of depression, addiction, and suicide are climbing…We have no idea what we’re going to be dealing with coming out of this global trauma,” he says.

Jonathan Sporn, CEO of preclinical biotechnology company Gilgamesh Pharmaceuticals, maintains the same view, stating that the pandemic will result in “worsening mental health including depression, anxiety, suicide attempts, and substance use disorders.” Even when this “biopsychosocial catastrophe” subsides, the pandemic’s effects on people’s mental health will be felt for months, if not years, to come.

To address this spike of mental illness, Wisconsin-based psychiatrist Dr. Morgan Campbell, who is passionate about gathering patient perspectives on psychedelic research, is calling on the US Food and Drug Administration (FDA) to bypass standard approval protocols for drugs and grant “temporary approval” for psychedelic therapists so that they can help patients with mental illness. He notes that FDA approval of MDMA, LSD and psilocybin (the active ingredient in magic mushrooms) is long overdue. “Twenty years of trials for psilocybin and ten years for MDMA show that they outperform currently approved medications for depression and PTSD,” he states, writing in the aforementioned Sacramento Bee piece. He even points out that there is better quality evidence for psychedelics, which have been tested for safety and efficacy, than for the medicines that will be approved for COVID-19; in other words, there is no excuse for these treatments to still be awaiting FDA approval.

Luckily, both psilocybin and MDMA recently received FDA “fast-track” status to expedite their approvals. Just as the FDA relaxed regulations in the approval process for COVID-19 therapies in an attempt to “flatten the curve,” or to keep the health infrastructure from being overwhelmed by new cases, the FDA should also relax regulations for psychedelic medicine during a time of need in the mental health department. Regardless, it will still likely take years before psychedelic medicines are able to clear federal obstacles, despite the low harm profile (measured by mortality, dependence, mental functioning, injury, and crime). Although the study of psychedelic drugs has existed since the 1940s after Albert Hoffmann unintentionally discovered LSD, and has showed promising results in regards to treating alcoholism and other mental health conditions, acid and other psychoactive substances became associated with counter-cultural and anti-authority ideas in the 1960s, causing the US government to crack down on them, and creating much of the unfounded stigma that is still associated with them. To this day, as a result, the UK government claims that psychoactive substances are classified on the basis of harm, even though the House of Commons’ Science and Technology Committee describes these laws as “based on historical assumptions, not scientific assessment,” and even though traditional psychedelics are much safer than alcohol.

After a hiatus, researchers are “rediscovering” psychedelics again for their therapeutic applications. Psychiatrist Ben Sessa, a UK-based researcher and author of many psychedelics books, even christened this time as a psychedelic renaissance. Moving forward, psychedelic treatment and therapy is absolutely necessary: their approach to mental health is radically different from current pharmaceutical models, which set up individuals for a lifetime of drug-taking. Instead, psychedelic therapies combine a “limited number of treatment sessions with a psychedelic substance, sandwiched between intensive pre- and post-treatment therapy sessions”; patients of these treatments have reported the experience to be not only life-altering, but also lasting over time. These treatments do not attempt to manage the symptoms of the problem, but rather dig into the root of the problem itself.

With the help of researchers, activists, journalists, and organisations, the psychedelic medicine space is picking up again. Psilocybin was recently decriminalised in Denver, Oakland, and Santa Cruz, CA. While this is a promising start, overall legalisation movements may be slow to spread across the US and globally given the political tone of the conversations and social stigma. Many naysayers believe a clinical evidence-base must be built before widespread legalisation. Organisations are working together to both support legalisation movements and build a scientific basis for psychedelic therapies. One such organisation is Osmind, a mental health startup aiming to improve patient care, empower doctors, and accelerate research in the psychedelic medicine space. Along with a psychedelics-specific care platform that is free for patients to use, Osmind also provides a free online community for patients with treatment-resistant mental health conditions. The community hosts weekly AMAs (“Ask-Me-Anything events”) with special guests ranging from leading researchers to movie producers in the psychedelic medicine space.

In this time, it’s crucial for researchers, academics, non-profits, startups, and pharmaceutical companies in the UK and the US, who are at the forefront of this research, to come together and collaborate. We can overcome our shared history of political and cultural stigmatisation of psychedelic substances and accelerate progress in the field of psychedelic research, something that is needed more than ever in a post-COVID world.
This piece is by Margaret Zhang, a writer and Community Manager Intern at Osmind