Did Hitler Get High?

A new book proposes that Adolf Hitler’s campaign with the Third Reich was fuelled by cocaine, heroin, morphine, and crystal meth, amongst a great many other drugs.

‘Blitzed: Drugs in the Third Reich’ draws upon the historical records of Hitler’s personal physician who, it is revealed, dosed the Nazi leader with increasingly harder substances across the 1930s and 40s, as Boing Boing report:

Ohler worked from the papers of Dr Theodor Morell, Hitler’s personal physician, who supplied Hitler with quantities of Pervitin (AKA crystal meth) and Eukodal (AKA oxycodone). In parallel with Hitler’s increasing reliance on these drugs, the Reich adopted a policy of prescribing meth and oxy to the citizenry and the soldiery, with women being advised to take two or three meth-laden Hildebrand chocolates (“always a delight”) to help with their housework and weight-loss. Pervitin was “National Socialism in pill form.”

Speaking on Radio 4’s ‘Today Show’ this morning (starting 1 hour, 42 minutes in), author Norman Ohler detailed Hitler’s penchant for uppers, citing his reliance upon cocaine and the euphoria-inducing Eukodal (a chemical cousin of heroin) as motivating factors behind his ‘delusional’ campaigns in the Ardennes.

However, Hitler’s drug regimen had previously proven itself very effective, albeit when applied to his soldiers. Ohler discovered that methamphetamines had given the Nazis the edge in their invasion of Poland, where the drugs where used to, as Ohler describes, ‘win the war against sleep’, keeping soldiers fighting beyond their normal physical capabilities. 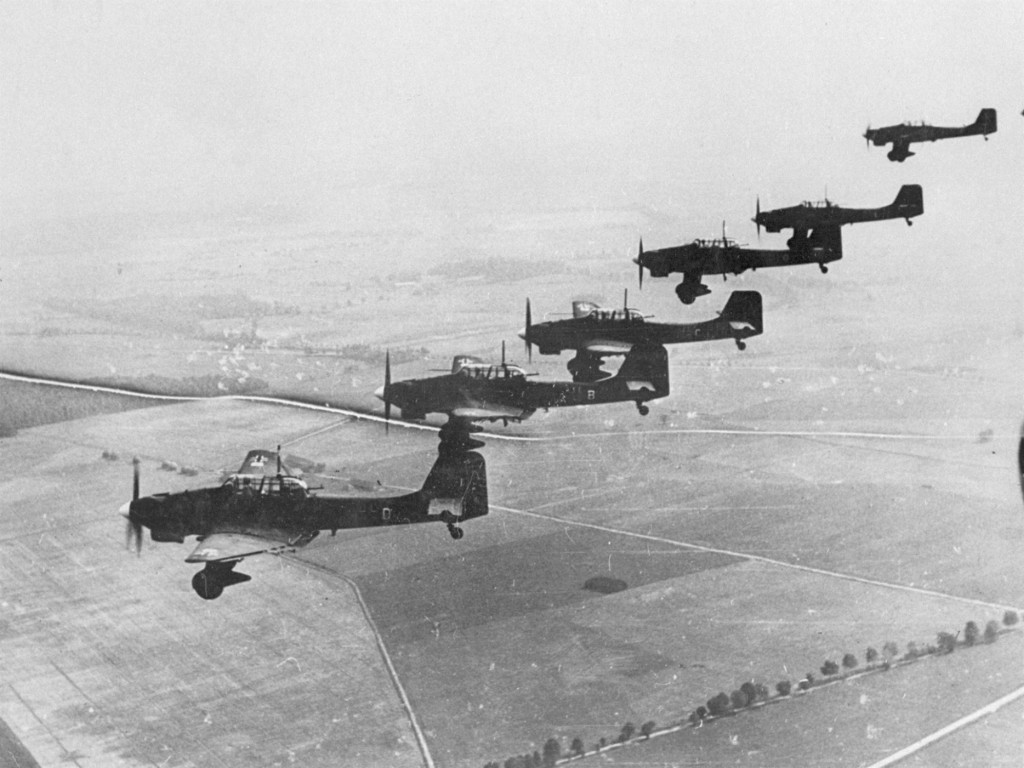 New research reveals that Nazi pilots used drugs to improve their alertness and stamina during the Blitzkrieg. (Source: Wikimedia Commons)

Historian Anthony Beever, in conversation with Ohler on the Today show, described Blitzed as ‘a remarkable work of research’, and claimed that the author had ‘made a huge contribution’ which shed new light on Hitler’s behaviour during wartime.

You can buy ‘Blitzed: Drugs in the Third Reich’ here.