What are drug consumption rooms?

Also referred to by the terms ‘overdose prevention centres’, ‘safe injecting rooms’, ‘safer consumption rooms’, and ‘supervised injection sites’, DCRs are medically supervised sites where people who use drugs are able to consume substances in a safer, and more hygienic environment.

As of December 2018, there were 117 DCRs across the world, the vast majority in Europe.

DCRs can take many different forms.

Typically, they look like a normal healthcare facility differentiated only by the existence of several cubicles with sterile injecting equipment (including clean needles, wipes, and sites for disposal). There may be further rooms inside the facility for after-care, medical interventions, and specialist advice.

There are staff on-site at all times, including individuals trained in overdose reversal through naloxone, licensed doctors and nurses, and counsellors, all of whom may refer individuals to treatment options and further health/social care. 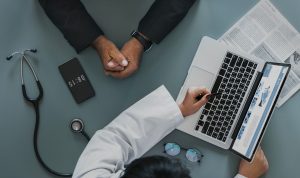 How effective are they?

The evidence to support DCRs is overwhelming. Here are some key statistics, pulled from an analysis of all relevant peer-reviewed literature on the efficacy of DCRs across a range of factors in a paper submitted to the Welsh Government’s Advisory Panel on Substance Misuse, available here.

Does it result in an increase of drug use or crime?

To address a primary criticism of the facilities, there has been no evidence to support an increase in injecting drug use associated with the establishment of a DCR in an area.

There have also been no reported increases, and in some cases even reported decreases in crime in areas surrounding DCRs.

Are they legal in the UK?

DCRs are currently illegal in the UK under the Misuse of Drugs Act 1971, but their legal status is not explicitly addressed within the Act. As such, several tests have come before Westminster to challenge the law.

Most recently, a proposed pilot project in Bristol to establish a drug consumption room was in September 2021 rejected by the Home Office on the grounds that “anyone running them would be committing a range of offences including possession of a controlled drug and being concerned in the supply of a controlled drug.”

Drug policy reform campaigner Peter Krykant in 2020 ran the UK’s first mobile drug consumption room out of a van that operated in Glasgow, which operated for several months before he was arrested under the Misuse of Drugs Act. His charges were later dropped, but the government’s position was clear.

New YouGov polls tell us what we already know: It is time for reform.

Drink spiking rife across the UK: Reports of spiking via injection