Recently there has been a seemingly endless stream of articles in the mainstream media, from the Daily Mail to the BBC, describing people under the influence of Spice as “zombies”. Whilst you can see that they are trying to get across the idea that Spice (aka synthetic cannabinoid receptor agonists) has strong psychoactive effects, this use of language is just another way in which people who use drugs are dehumanised and made to seem scary and “other”. The word zombie implies these people are diseased inhuman shells with no reason or emotion.

However, this is far from the first time that such language has been used to depict drug users: “zombie” has been used many times in articles about flakka and heroin and “superhuman strength” is often used to describe people under the influence of anything from LSD to PCP to flakka again. One particularly memorable piece of reporting told of how flakka was causing people to become “face eating” cannibals. Whenever there is a new drug scare these phrases and myths resurface and add to the confusion.

But other than being great for selling newspapers and drawing clicks, these words can have some pretty harmful real-world effects. Travis Linnemann, a US academic, claims that this rhetoric justifies police violence, increased sentences and sends out confusing messages about drug use: “People become even less critical of the kind of police behaviour they might not stand for normally”. This is not just speculation either – in the UK, when a 31-year old man died in police custody, his drug use was used as a blatant scapegoat.

Taking a step back from this, it is important that we understand how language is integral to how we view the world, both as a society and as individuals. It can affect everything from how we see colour to how much money we save during the year. Something as seemingly frivolous and impartial as grammar can make us see inanimate objects as more masculine or feminine depending on which language we speak. It is perhaps not surprising therefore that language can affect how we see each other too, and that due to this, dehumanising language can be truly powerful as a political tool.

It has been well-documented how rhetoric that dehumanises a group of people has been used to justify so-called ‘ethnic cleansing’, from the Nazis describing Jews as “rats” to the Hutus painting the Tsutsis as “vermin” and “a disease” in the lead up to the Rwandan genocide. This language led to a decrease in empathy among these groups, seeing them as less than human, and enabling these atrocities. 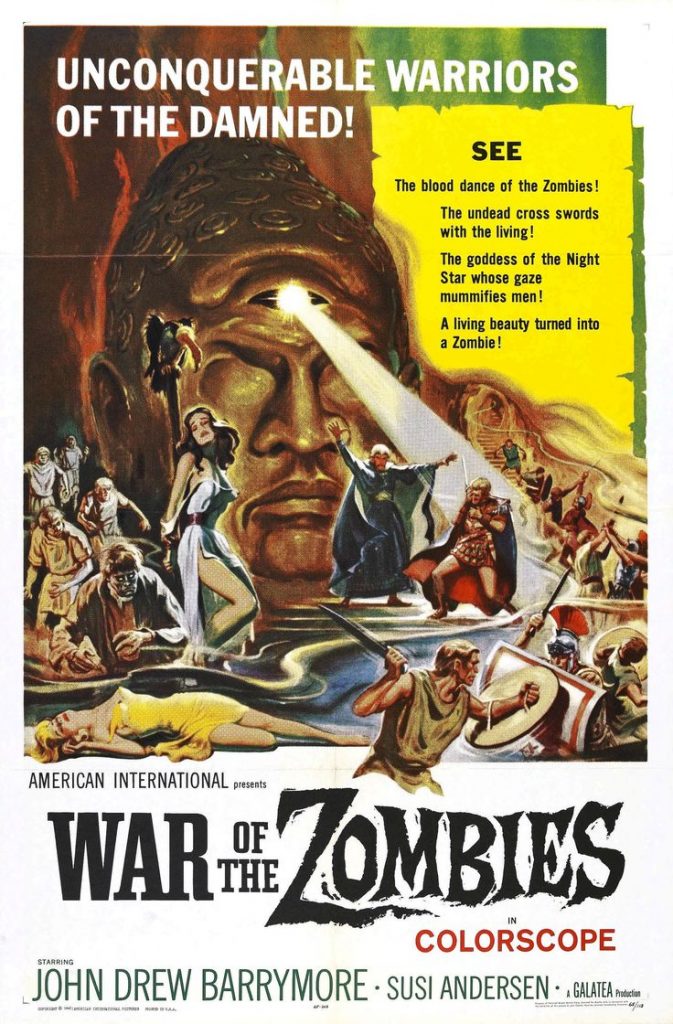 However, the effect of these words is not limited to such extreme examples. In the UK and around the world, it perpetuates our apathy towards the plight of the vulnerable in our society, such as homeless people or people who are addicted to drugs. Using words like “zombies” encourages the public to fear people who use drugs, and promotes the idea that anyone with a problematic relationship with drugs has something irredeemably wrong with them. It also impacts how we allocate blame, making us more likely to lie the blame entirely at the feet of the problematic drug user and their “diseased brain”, rather than considering the socioeconomic factors that might have influenced how the situation came about. In other words, it is a scapegoat, allowing us to get on with our lives and not worry about those suffering because they “did it to themselves” and aren’t really human anymore.

Even using words like ‘addict’ and ‘alcoholic’ can reinforce stereotypes and the stigma associated with substance abuse. Addict is a word loaded with contempt and fear, often used as an insult rather than an impartial descriptor. It has been compared to calling someone a ‘spastic’, a ‘poof’ or a ‘cripple’, all of which are understood to be unnecessarily insensitive and stigmatising. Many people suffering from addiction issues see the word addict in the same way – that it is a slur used to shame them.

The fact that ‘addict’ is a noun rather than adjective is very revealing. It implies that being an ‘addict’ is all that someone is, rather than it simply being an element of their life. Meghan Ralston, former harm reduction manager for the Drugs Policy Alliance has argued that we should not use identifying nouns that refer to someone’s mental or physical health (we don’t call people ‘an autistic’ or ‘a blind’) and instead use person-centric language that acknowledges their humanity. She argues that  people experiencing problematic drug use internalise the stigma associated with the word addict, believe they are worthless, are less likely to seek help and experience increased judgement from friends, family, employers and strangers.

Johann Hari, author of Chasing the Scream: The first and last days of the drug war takes a different view. In an article for The Influence, he tentatively concludes that we should seek to rehabilitate the word “addict” rather than cease to use it. In this way, the ‘addict’ debate is a contentious one that both problematic drug users and drug commentators have mixed feelings about. Some people choose to ‘own’ the word to help with their recovery, which makes its use more complicated than more sensationalist terms like “zombie”. However, it does add to a cacophony of words that intend to label people – and that label is a distinctly negative one with a whole host of associations.

Crucially, stereotyping has been shown to have a real impact on our brains. Neuroimaging studies have found that the medial prefrontal cortex, an area of the brain involved in attributing mental states to others (ie. empathy), shows reduced activation when exposed to dehumanised targets (those rated as low-warmth and low-competence according to the stereotype content model). This provides empirical evidence that dehumanising language reduces people’s empathy for the people being dehumanised. The moment you describe someone as a zombie, or a similarly dehumanising word, you are adding to this phenomenon; even if we don’t realise it, these words are seeping into our consciousness and changing how we respond to other people.

All of this is pertinent because if, as a society, we lose empathy for people who use drugs, particularly people experiencing problematic drug use, it means that those holding public purse strings are less likely to dedicate money to help them. This inevitably leads to cuts in funding for mental health, drug treatment, housing or employment services.

This is not only because those in control of the funds will care less about the needs of these people, but because the wider community will not demand that these people’s needs are sufficiently prioritised. It also partially explains why our justice system is so punitive when it comes to drug offences – the prevailing rhetoric justifies punishing people who are suffering rather than treating them as humans. Someone exhibiting “superhuman strength” justifies excessive use of force by the police, and discourse that piles blame onto those with drug problems justifies excessive punishment from the courts. In this way, our use of language that dehumanises people who use drugs perpetuates social injustice and the cyclical nature of addiction behaviours.

Some would argue that phrases like “zombies” and “superhuman strength” are simply reporting how people appear to others when they are under the influence of Spice or other drugs. However, a word is never just a word and the associations that come along with it are always have wider reaching impacts. Therefore, we need to remember that responsible journalism means reporting things in a way that does not needlessly increase harm to vulnerable people. Just how the reporting of suicide and sexual assault needs to be handled carefully, so too does reporting on drugs and the issues around drugs.

The suicide charity Samaritans have issued guidelines and started to conduct workshops with certain media organisations educating journalists on how to responsibly report on suicide. For example, describing the details of how someone ended their life has been shown to increase the incidence of people ending their lives using that method, but does not decrease use of other methods. In other words, detailed reporting of suicide results in more people killing themselves overall. Use of terms like “suicide hotspot” and even the phrase “committing suicide”, which makes it sound like a crime, can have similar negative impacts. These workshops aim to educate journalists on these things to help improve overall reporting on suicide and thus reducing the harm caused. A similar approach could be taken to drug reporting, where instead of using people for a sensational story or a cheap laugh, journalists could report stories accurately and without unnecessary scaremongering.

Max Daly, a respected journalist and author of Narcomania, has been reporting on drugs for years without resorting to sensationalist language. Speaking to Volteface, he condemned the “zombiefication” of people who use drugs:

“Drug users have always been painted as mindless zombies, as if the have contracted a disease and have become a shambling mass of the undead. It’s dramatic, it sells newspapers, it shocks readers. But the byproduct of this sensationalism is that drug users are dehumanised: how they got to where they are – their past is effectively erased. So the things that have led them to get so out of it, childhood abuse, homelessness, poverty, mental health problems – are, quite handily for the government, ignored. Instead they are just zombies, there to be despised and horrified by, rather than helped or understood.”

This is not only about responsible journalism however, but also how we use these words in everyday life. Many people in the drug world prefer to use the term “problematic drug user” instead of “addict” because the phrase does not have the same stigma attached to it and encourages the listener to see these people as people. This is by no means advocating the policing of speech, it is simply about being mindful of the real power that our words hold and acting accordingly.

The language we use to discuss drugs is important – that much we have established. Instead of blaming people for their drug issues, we can try to understand why their problems exist. Instead of simplifying issues, stigmatising and dehumanising people who use drugs, we can choose another way. Calling people “zombies” is nothing but a lazy shortcut for those who can’t be bothered to delve deeper and see the person behind the drugs.

It shouldn’t be news that we should just treat people with dignity and respect, but as we haven’t been doing so up to this point, perhaps it is.