How Cannabis Legalisation is Progressing in Uruguay

It’s early days for Uruguay’s fledgling state-run marijuana industry, and far too soon for sweeping statements about its success or failure – after all, marijuana only became available to buy over-the-counter on 19 July this year. Nonetheless, the UK should be paying close attention, since what happens in Uruguay could well provide a roadmap for legalisation here.

We should pay more attention, in fact, than to the widely-publicised cases of state-level legalisation in the United States. If cannabis were to be legalised here it would happen at the level of the national government, and require a much broader framework that could successfully be applied to a number of regions with different histories of drug use and abuse.

The ability to buy privately-grown, appropriately-labeled weed from your pharmacist in Uruguay has been a long time coming. In fact, consumption of illicit drugs has been legal for decades now: in 1974 the dictatorship passed Decree Law No. 14294, which allowed individuals to possess “a reasonable quantity [of drugs designated Schedule I or II according to the 1961 Single Convention on Narcotic Drugs] destined exclusively for personal use.” How you obtained those drugs, however, was up to you – as long as the government didn’t see you do it. In other words, it was illegal to produce, sell, or buy drugs, but not to consume them. This setup presented some pretty obvious difficulties, which everyone from major drug cartels to street-level dealers were happy to capitalise on. In the context of South American drug production and trafficking, which historically has both sparked widespread violence as well as attracted the ire of the United States, the Uruguayan government decided that there had to be another way.

Thus, in 2012 then-president José Mujica published a comprehensive proposal – entitled “Strategy for Life and Coexistence” – in which he envisioned a legal cannabis industry over which the state would have full control. Mujica was a Marxist guerrilla during the years of dictatorship in Uruguay (1973 – 1985), and brought his self-described  “humble peasant” ethos and “aggressive courage” to the presidency. “Strategy” outlined a number of ways in which he hoped to heal the wounds of that earlier era and unite Uruguayan society going forward, and this innovatively included bringing marijuana production and consumption out of the shadows. The proposal also included specific “holistic” and public-health focused provisions for those affected by “problematic consumption” of drugs, such as mobile hospital clinics and local counselling centres.

There are two keys points to take away from Mujica’s “Strategy”. Firstly, we must approach problematic drug use (i.e. use that inhibits one’s ability to lead a functional and healthy life) as a question of public health rather than criminality. There has been an avalanche of research and writing in recent years, including in this magazine, with almost all works pointing to one conclusion: fewer people will die of drug use if there are harm reduction responses in place to help them.

Secondly, decriminalising drug use can decrease tensions within a society. We know from the United States that arrest and incarceration for drug possession affects poor people and people of colour far more frequently than their well-off or white counterparts – who, research by the Drug Policy Alliance shows, “are consistently documented by the U.S. government to use drugs at similar rates to people of other races,” but who are overwhelmingly underrepresented in the prison population. It certainly isn’t a replacement for properly training police forces in implicit bias and or reforming the criminal justice system, but allowing all people to obtain and consume marijuana legally is a step in the right direction for bringing together a society divided by class, race, and history.

Although Mujica’s proposal came out in 2012, commercial sales of marijuana only began two months ago. This was due to the government’s painstaking work on every aspect of legalisation – who will grow it, who will sell it, who will regulate it and how, etc. The system they came up with is, according to some critics, too strict – however, as the Washington Office on Latin America pointed out in a report earlier this year, “Uruguay’s leaders…know that, as the first nation to legalize and regulate every level of the cannabis market, their new system will be coming under close scrutiny, at home and abroad.” They wanted to get it right.

The most intriguing policy solution to come out of this years-long deliberation has to be the registry, which, according to a report by Brookings, is controlled by the new Institute for Regulation and Control of Cannabis (IRCCA). The registry is a government-administered list of all marijuana customers, growers, and cannabis clubs (which can have up to 45 members and cultivate up to 99 plants) – the concept of which, as you might expect, immediately raised concerns about privacy and data collection. 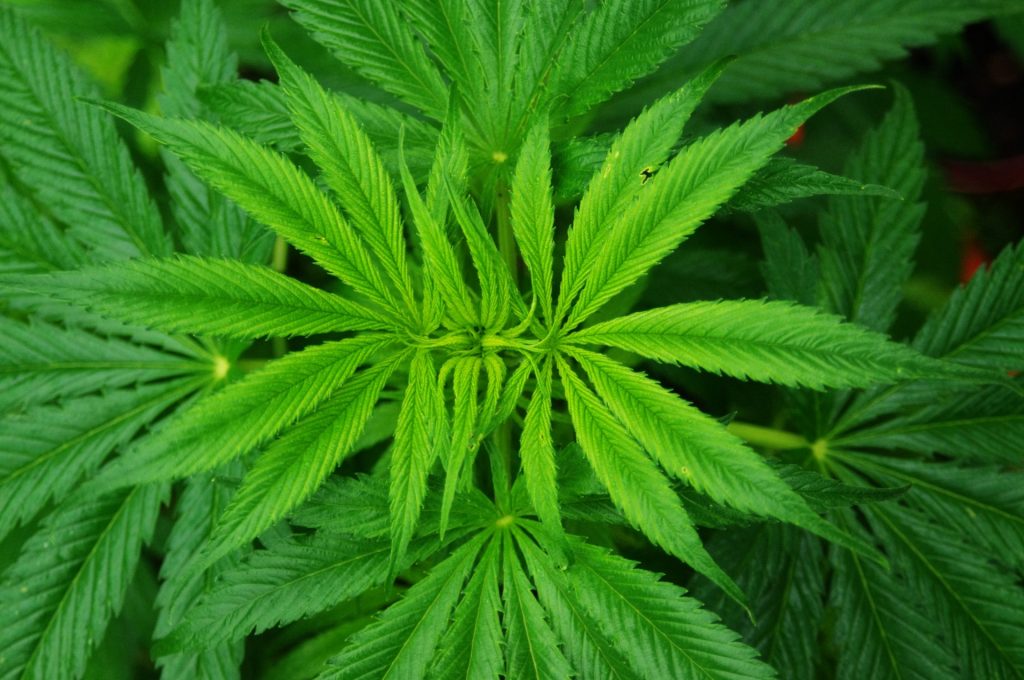 It works like this: future marijuana customers could register themselves with the IRCCA beginning this past May, meaning that come July they were able to purchase marijuana from authorised sellers. Each registered Uruguayan citizen is permitted 40 grams of cannabis per month, or a maximum of 10 grams per week – the government is determined to prevent drug tourism, so only citizens and permanent residents can register. Pharmacies enforce the limit by requiring customers to scan their fingerprint, which will have been recorded in the registry and will call to the screen that person’s remaining allowance. No other personal information is available to pharmacists or even to the police, to allay fears that the purchase histories contained in the registry could be used for nefarious criminal justice purposes. In fact, according to the Guardian, “only seven members of the government will have access to the full registry, and three of them will need to be present simultaneously in order to retrieve any names from it.”

In 2016, the Liberal Democrats published a report outlining policy recommendations entitled “A regulated cannabis market for the UK”. Their proposed framework bore numerous resemblances to Uruguay’s system: it included, among other recommendations, permission for small-scale cannabis clubs, a new regulatory body, and government regulation of price and potency. Unlike the Uruguayan case, however, the Lib Dems did not make any recommendations for reforming policy around medical cannabis, which in Uruguay can now be prescribed in monthly doses. They also had very little to say about harm reduction methods and infrastructure, a consideration that was integral to the development of the Uruguayan framework and which research (and international experience) shows is key to improving public health outcomes.

The Lib Dems have not yet had the chance to put their regulated cannabis market to the test, so we can’t know how it would compare in practice to the Uruguayan market. However, for any future governments who do commit to tackling this issue, it will be crucial that they are open to change and recommendations from outside observers. A major complaint that has followed on from the start of commercial sales in Uruguay this July has been a lack of transparency when it comes to data, according to the Washington Office on Latin America. The government has publicly declared that it is committed to rigorous monitoring & evaluation as the legal cannabis industry develops, but policy researchers and civil society monitoring groups have reported that the government has in fact been slow, or at times even uncooperative, in sharing M&E efforts and releasing official data. This makes it look as though there is something to hide, or at the very least as if the government is opposed to revising their strategy. For a legal cannabis industry to flourish, it is crucial that the government establish trust with civil society and potential customers.

Uruguay is poised to reap all sorts of social and economic benefits from its legalisation of cannabis. Time will tell whether the framework the country debuted this year will achieve its policy goals, but in the meantime drug policy reformers in the UK would do well to take notes.