“Not Being Able to Govern Events, I Govern Myself”

This extract is taken from Criminal: The Truth About Why People Do Bad Things by Tom Gash, out now from Allen Lane, £14.99

Here, Gash carefully examines how people who act impulsively may commit impulsive crimes, and how self-control can affect life decisions, even increasing the likelihood of developing an alcohol or drug addiction.

‘My drug of choice was crack cocaine.’ Hill speaks slowly and deliberately, pausing after each sentence. ‘In the beginning it kind of helped me deal with what I was going through [his father’s death]. And it seemed like the more I did the better I felt. It was the easy way for me to escape my feelings.’

A woman’s voice breaks in, speaking tentatively: ‘Tell me about, ah, the hours before. What led you to kill your mother?’

This is an interview on death row and Hill is a man who has con­fessed to stabbing his mother to death while stealing $100 from her home.

‘The hours before . . .’ Hill pauses. ‘Well, I wasn’t aware of what I did the hours before.’ Another pause. ‘A lot of people have told me a lot of different things, you know, like how I was, where I was, what I did, this that and the other. Months went by and I didn’t remember what I did. I don’t wan’ to remember that. Ah, you know. I forced myself not to remember that. That’s the day that I constantly wish I could take back.

‘I don’t make excuses for my actions. You know, I’ve tried from day one to take responsibility for this – because it’s the right thing to do. Erm, regardless of whatever the outcome woulda been. This has always been about me taking responsibility, ah, and letting people know I care and I loved my mother as deeply as I possibly could. Did I want to go in there and take her life? No. Did drugs play a part of it? Yeah. But I don’t hide behind that. It’s easy to say “I snapped”. It’s, you know. I don’t know. I don’t know why I snapped. I don’t know why we’re here today. All I know is, I don’t have a mother. My kids don’t have a grandmother. My uncle don’t have a sister. And so on and so on. You know, that’s what I know and – that’s what I deal with every day.’

Hill had asked his family whether he should challenge the sentence.

Sympathy for someone who has killed his mother is something we are instinctively uncomfortable with – and it’s probably not the case that any one of us could commit such a crime under certain circum­stances. But it’s also hard not to recognise the remorse as Hill speaks, and not to conclude that he has made a terrible choice. In fact, he has not just made one terrible choice: his life was a sequence of bad decisions, hastily made, that led him to where he is today, death row in an Ohio prison. 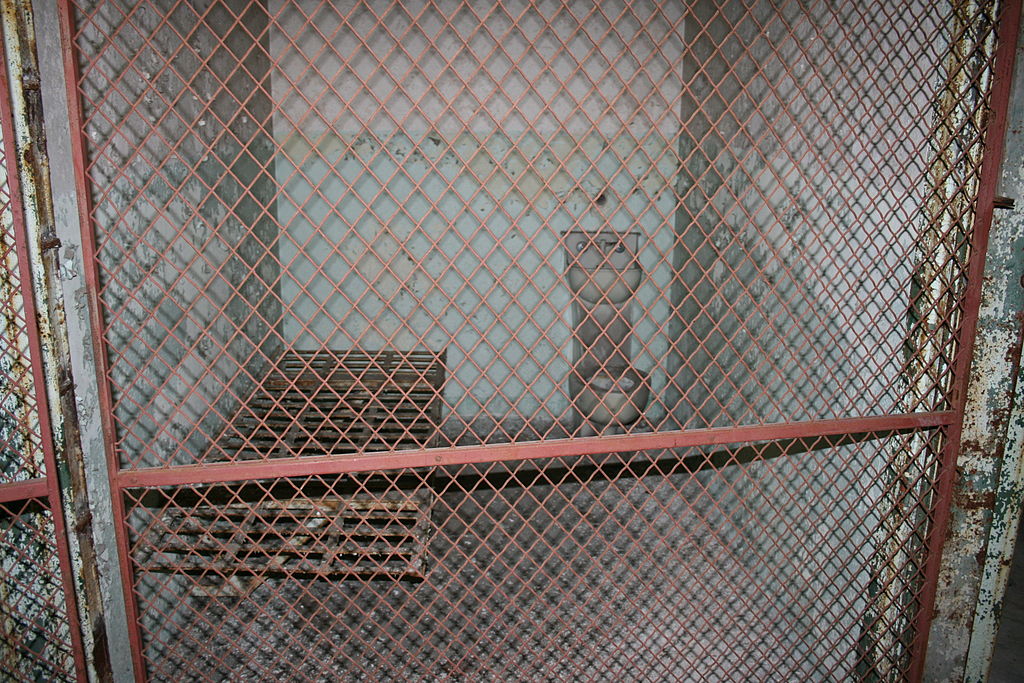 Mischel’s marshmallow test is significant not just because it shows that people who act impulsively may commit impulsive crimes. Mis­chel’s and others’ tests demonstrate that self­ control affects all sorts of life decisions which in turn may affect whether or not people commit crime. Those with poor self­ control are more likely to get into financial difficulty, for example, and to experience drug and alcohol addiction. The path from weak self­ control to crime may sometimes be straightforward – a simple tendency to lash out and act without thinking – but there are more subtle connections.

It is striking that most people who regularly offend engage in other behaviours that might make for a risky lifestyle, being more likely to misuse drugs and alcohol and have unprotected sex. Across the developed world, around two thirds of those arrested are under the influence of drugs, usually cannabis or amphetamines. And in many countries around half of all violent incidents are believed by victims to have been committed by people under the influence of alcohol.

There is no doubt that drug addiction can increase the amount of crime that people commit – many addicts have to fund habits costing over £100 per day. Yet there’s little to suggest that drugs regularly entice previously law­ abiding citizens into a life of crime. When addicts do commit crime, their criminality usually precedes their drug use. In the 1980s and 1990s two separate Australian studies found that nearly three quarters of heroin users committed their first crimes before they had ever taken heroin. A few academics have deployed this evidence to argue that crime leads to drug problems, as criminal activity makes drugs more affordable and brings people into an environment where drug­ taking is more common. But the reality is usually more complex. Rather than drug addiction causing crime or crime causing drug addiction, it’s simply that these behav­iours are attractive to certain types of people. Crime, substance abuse and risky sex have a lot in common. They all offer short­ term pleas­ure but in the longer term are usually poor choices in terms of health, wealth and happiness. These are life’s snares – traps some people avoid and others fall into according to their ability to make con­sidered decisions. 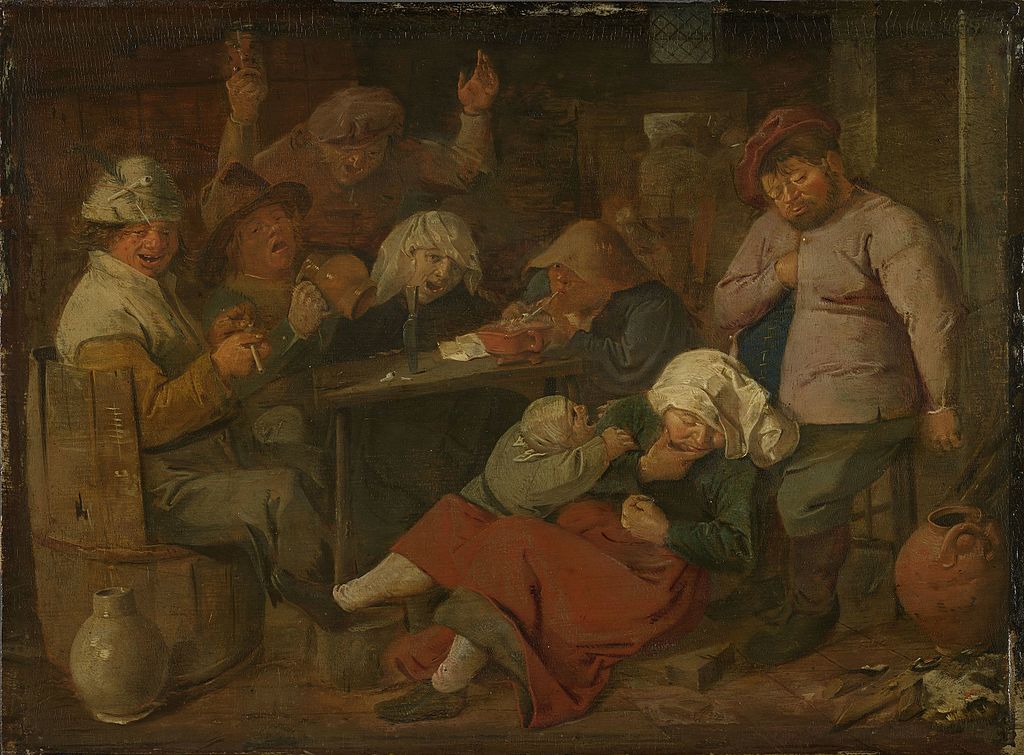 The ability to avoid such snares depends both on our personality traits and on the degree of temptation to which we are exposed. We all have a tipping point when short­ term pleasure becomes irresist­ible, but most of us can also resist temptation when the benefits of doing so are obvious enough. When Mischel was designing his marsh­ mallow test, he experimented by making the long­ term rewards bigger. He found that if he told children they’d get a whole bag of marshmallows rather than just an additional sweet if they could wait fifteen minutes, almost all of them were able to resist temptation. The size of the immediate prize and the length of the wait also mattered, with the most tempting upfront offers making resistance extremely difficult.

I was aware of the difficulties of resisting certain pitfalls many times when visiting UK prisons. One of my favourite questions was to ask what people would do on release – not just in the longer term, but immediately. I particularly remember one conversation in a prison in south­ west England in 2006. A skinny young man with a shaved head was talking openly.

‘I’m in here for driving under the influence of cocaine, you see. And some other stuff. Me and my mates got into a bit of trouble. There was some fights. I’m not planning on coming back here now.’

‘So what are you going to do when you get out?’ ‘Do you mean right away? Well, first of all I’m going to meet up with all my mates and have a massive mash­ up. We’ll probably go into town.’

As Mischel observed the children at Bing Nursery, he refined his views on why some people were so much better than others at controlling their marshmallow­ eating urges. ‘I was very interested in the actual process of resisting temptation,’ Mischel says. ‘Not merely deciding to resist temptation, but what happens when you’re in the hot seat? What happens when you’re actually there?’ In asking this question, Mischel revealed an important insight – that intentions do not entirely dictate behaviour. Rather, we must both establish our intentions (deciding not to eat the first marshmallow immediately) and then find ways of making sure we act on these intentions. Mis­chel talks of ‘hot states’ and the ‘cooling strategies’ that help people under pressure to act based on long­ term interests. And while his findings and those of other researchers show that people who strug­gle with self­ control early in life often end up having problems later, he points out that people can change and, he believes, self­ control can be developed. As he puts it, ‘It’s not simply that life does things to us, it surely does, but we in turn do things to it.’ He continues: ‘It is very important for parents not to misinterpret this [marshmallow test] as if it were a fortune cookie that actually could predict for the individ­ual child [whether they would go on to have problems in life]. We are talking about predictions that are based on group data . . . To me the most interesting are the people who started low and went high, those who started high and went low.’

Tom Gash is a Senior Fellow at the Institute for Government. A regular contributor to debates on public policy and current affairs, he writes for the Guardian and Financial Times, and speaks frequently on television and radio advocating improvements in crime policy and wider public sector management. He was formerly a crime policy adviser in the Prime Minister’s Strategy Unit, and has been an adviser to a range of crime policy reviews, including the Flanagan Review of Policing and the UK Drug Policy Commission. He tweets @Tom_Gash.

The Deadliest Place To Deal