It’s day three of VolteFace’s stay in New York City, and day two of trying not to look too out of place – or just plain angry – at the UN. After yesterday’s frankly farcical General Assembly, I wasn’t overly confident about today’s line up of side events, of which I had vowed to attend as many as humanly possible.

And that’s just what I did. I attended as many side events as humanly possible. The thing is though, that human was me – an overweight and overheated Englishman who’d already had his fill of empty rhetoric and hand-wringing from the people who are supposed to be making a difference in the world. I have today attended a grand total of one side event.

Bagel in the UN. If only I drank coffee I'd be practically a local. #UNGASS2016

Have I failed in my duty as a journalist? Maybe, but at least I get to write another article about my favourite subject: New (or Novel) Psychoactive Substances. The side event I attended was organised by the British government and was named ‘Meeting the Challenges of New Psychoactive Substances.’ It was Chaired by Chloë Dunnett, who is apparently the UK’s National Drug Coordinator, and included speakers from the United Nations Office on Drugs and Crime, the World Health Organisation, and the governments of Sweden, New Zealand, and Mexico.

The first speaker was none of those people however. In fact he wasn’t even mentioned on the schedule, but given the powerpoint presentation he gave this obviously wasn’t that last minute. His name was Devin Eckhardt, and his son, Connor, tragically lost his life in 2014 after apparently ingesting ‘Spice,’ a brand of NPS which contains one or more types of synthetic cannabinoid. 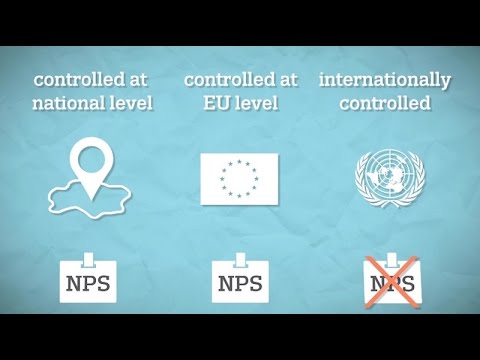 Devin’s story is undoubtedly heartbreaking, and it is hardly surprising that he wants more to be done to protect other children from harm. The problem is that he was preaching a tale of an “epidemic” of “deadly poisons” which must be “wiped out,” whilst highly emotive photos of his family appeared on the wall for everyone to see. This is typical drug war posturing, made worse by the fact – not highlighted by anyone present, unsurprisingly – that Devin did not offer anything in the way of solutions. He urged the politicians present to do more to protect people from harm, and to stop all the rhetoric, but only succeeded in adding to it himself.

He also failed to mention that, despite his insistence that is was ‘peer pressure’ that made Connor smoke Spice, his son had in fact previously spent time in rehab after becoming addicted to heroin. Had he made this clear, it would have raised at least two incredibly important points. Firstly, that the legality of the substance clearly has little to no effect on its availability. Secondly, it might have forced a conversation about why Connor was drawn to drug use at such a young age, and highlighted the fact that he was adopted, and the traumatic effect that revelation can have on a young person.

Once he’d finished his impassioned and admittedly moving tribute to his son, it was time for the suits to say their bit. It was physically painful to watch without shouting bullshit at each and every one of them, but I managed it, and will now sum up each of their spiels.

Tettey began by explaining to the room what NPS are, which hardly seemed necessary, but did throw up the term “aura of legality,” which I quite liked. So not the worst start ever. He then proceeded to bemoan the fact that when it comes to NPS, “users do not know what they are taking,” apparently oblivious to the massive irony of trying, presumably, to use this as a reason to prohibit a whole new swathe of drugs.

Maybe in his mind these drugs will just up and disappear once they’re illegal, or else drug dealers will dutifully inform their customers of the precise molecular make up of their product, along with dosage information, just like they do nor currently illegal drugs.

He further betrayed his bias by suggesting that, in the absence of a blanket ban, it would be best to outlaw the most prevalent NPS first, and then work through the list. Given the Deputy Secretary General’s assertion at yesterday’s General Assembly that the “ultimate aim of the UN drug conventions and agencies are to preserve the health and welfare of humankind,” I would have thought it more sensible to go after the most harmful drugs first, but what do I know?

Mr Wikstrom spent his allocated time explaining the nature of Sweden’s approach to NPS. According to him, they were having a lot of problems with a substance called MT-45, which had contributed to the deaths of numerous people. The Swedish government moved to ban it, and since they did, no one has died. They are now banning more and more substances, and are looking into the potential of a blanket ban, to address the obvious law in their plan so far – that as soon as they ban one drug another is created.

Of course he didn’t give any detail as to how such a blanket ban could work, because as the British are finding out now, just as the Irish did before them, it can’t.

The one truly mind blowing piece of information to come out of this short talk was the revelation that Sweden has introduced a law which enables the police to seize and destroy any substance that they think might become illegal in the future.

I’ll just let you think about how insane that is on your own, and move on.

Peter Dunne’s speech was hilarious. Not intentionally of course, but hilarious all the same. He began by proudly explaining that New Zealand was doing things a little differently to the rest of the world. Their solution was not to blanket ban psychoactive substances, but rather to require them to go through extremely rigorous testing before they were allowed to be sold. If they were found to be reasonably safe, they could go on sale.

Sounds great, right? Regulation is good! But no, not in this case. No one really believed that this wasn’t in effect going to be a blanket ban, or that the New Zealand government would ever allow any new psychoactive substance to be legally sold after testing.

So what has happened in practice is that no manufacturers have applied for a license, and no substances have even been submitted for testing. In the meantime, black market sales have been rising. No shit. For all his gloating about how ‘different’ NZ’s system is, it’s still producing greater harms than a properly regulated market, alongside legal markets for other drugs, would.

Frankly, by the time Peter Dunne’s speech was over I was in no mood to listen to much more of the same drivel from the remaining two participants, but I stayed anyway in the hope that I might at least be permitted to ask a question at the end. I won’t bore you with what was said by Dr Marie-Paule Kieny and Julio Sánchez y Tépoz, but suffice to say it was more of the same rhetoric, with no meaningful solutions being proposed.

Finally they had all finished and the questions began. But of course the crafty bureaucrats had a trick up their sleeves for that too. They collected three or four questions at a time, under the pretence that they would answer them all, and then promptly ignored the most pertinent and interesting ones. Among those ignored were one of the scientists who created Methadone, who wanted reassurances that genuine scientific study would not be stymied by unwarranted controls, and not one but two questions from SSDP members who wanted the panel’s opinion on whether legalisation of other, less harmful, drugs could help solve the NPS ‘problem.’ 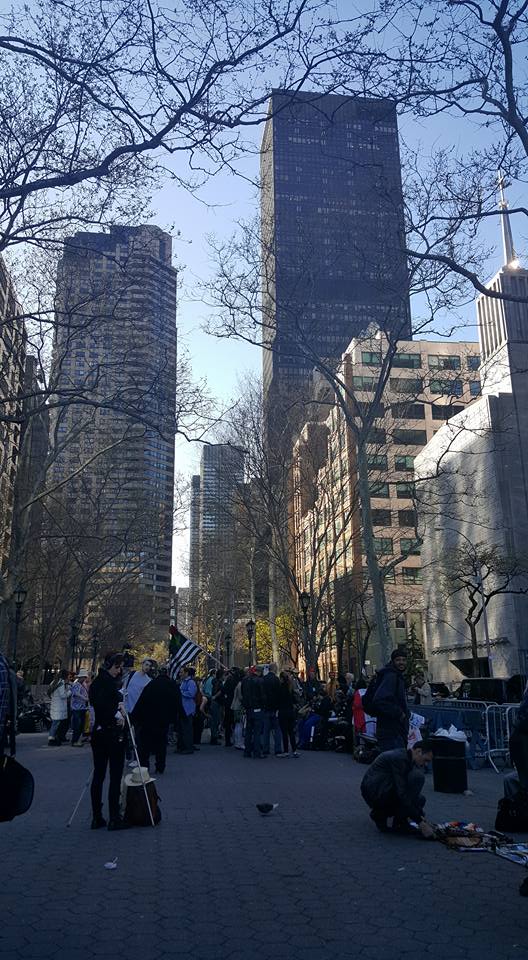 Despite my best efforts, I never got to ask my question. So today’s elephant in the room – that the country who had organised this session have tried to bring in a blanket ban on NPS of their own, only to shelve the idea when they finally figured out that it was totally unenforceable – remained unacknowledged.

Who knows what shape tomorrow’s elephant will take…

The Answers Are Far From Plain

The Hidden Cannabis Crackdown: Part One