This article was originally published on The Huffington Post UK.

For decades governments have proudly proclaimed a global consensus on drugs. A consensus that reinforced reliance on repression and punishment to deter people from using drugs or from involvement in the drug trade. A consensus that has encouraged hugely expensive drug control polices based in tough law enforcement which have failed to reduce the scale of the drug market but have had a very high human cost. In mid-April the biggest global drugs summit in 18 years took place at the UN and one thing was clear – that outdated and damaging consensus is no more.

This is not an easy thing for many governments or the UN to admit. Just a few days before this long-awaited UN General Assembly Special Session on Drugs (UNGASS), Yury Fedotov, the Executive Director of the UN’s Office on Drugs and Crime, wrote:

“Consensus may not be pretty, but it is the best way of progressing against a global threat that desperately needs unity of action”.

He was referring to the fraught negotiations that had taken place in the lead up to the UNGASS which had resulted in a weak ‘outcome document‘ that failed to live up to the expectations for a progressive, forward-looking, “open and wide-ranging debate” on the wicked issue of drug control.

For civil society advocates of reform, the UNGASS process has been marked by “suppressed excitement” and “intense frustration” (to quote from Mr Zeid Ra’ad Al Hussein, the UN High Commissioner for Human Rights). It was hoped that there would be clear acknowledgement in the outcome document of the failure and the damage of punitive drug polices and that the rhetorical shifts signalling a new paradigm of a health and human rights based approach would translate into explicit support for decriminalising drug use, and a genuine and unequivocal recognition of harm reduction. It was probably too much to expect governments to accept that the legal regulation of cannabis is actually happening in a number of jurisdictions, although to continue to ignore this rather large elephant in the room risks rendering the very idea of international cooperation on drugs obsolete.

Frustrations also resulted from the political machinations that encumbered the process which meant the debate was neither open nor wide-ranging and essentially ignored the weight of evidence submitted by non-government organisations, UN agencies and much of the progressive language introduced by governments themselves. Civil society participants were also subject to Kafkaesque attempts to limit access to the actual debates by UN security in New York. A deeply upsetting experience for many NGO colleagues travelling from far and wide to New York that makes a mockery of the fine words spoken by many governments regarding the value of ‘civil society participation’.

Fedotov, while admitting it had been “difficult to please everyone”, still claimed that the document “promotes cooperation and partnership” and that the “world can benefit from such unanimity”. This ‘outcome document’ was essentially agreed in advance of the UNGASS and was adopted by consensus almost as soon as the session started and before the debate began. The rather quick and seemingly hurried adoption of the document at the start of the session seemed designed to ensure that its contents could not be questioned or subject to renegotiation. Can a consensus so brittle and fragile really be called a consensus at all?

Immediately after the adoption of the document, there were nine statements from governments and regional groups to express dissatisfaction with the outcome document for the issues that could not be included. These ranged from the abolition of the death penalty for drug offences, the decriminalisation of drug use and the lack of reference for allowing traditional uses of drugs.

From the very outset, the UNGASS did not begin in a spirit of ‘consensus’ – pretty or otherwise. For the next three days, throughout the debates, one after another, government representatives stood up and contradicted one another on the basic premises of drug control. For a number of years now, commentators have increasingly highlighted the fracturing global consensus on drugs that has been heavily rooted in repression and punishment as the means towards eliminating the illicit drug market. At the UNGASS itself, any pretence of a remaining consensus was ripped away.

Russia, now the clear leader of the pack of hardliners since the US softened its war on drugs stance under the Obama administration, stated:

“In the run up to UNGASS, some pessimists argued that we lost the war on drugs. This is not the case. We must continue our fight.”

Countries like Singapore, Pakistan, Iran and South Africa brought up the rear with staunch ideological opposition to the ‘defeatist’ idea that the fight against drugs had been lost. But these regressive views, although perhaps more entrenched than ever, were no longer the dominant voices. President Santos of Colombia, who had in fact led the call for this debate in the first place stated:

“The question we have to ask, looking at the efforts made over years, over decades, over a century is this: After so many lives that have been been destroyed, after so much corruption and so much violence and after so many young people being marched off to jail – can we say that we have won the war? Or could we at least say we are winning it? Unfortunately the answer is no. We have not won the war and we are not winning it now.” 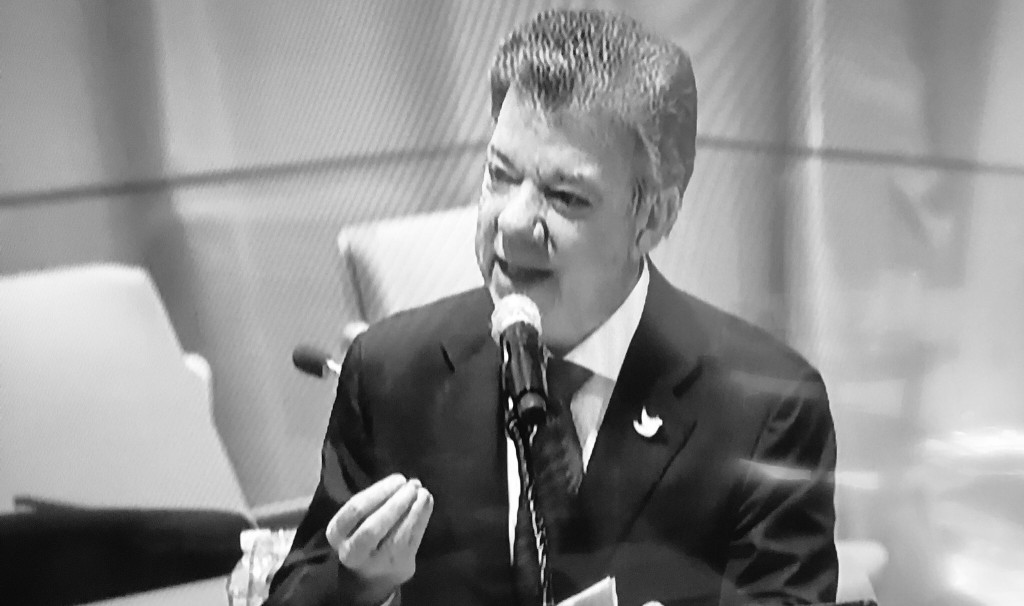 His sentiments were echoed by countries as diverse as Tanzania, Jamaica, Costa Rica, Canada, Argentina, Bolivia, Lichtenstein, New Zealand and many others. In addition, the majority of senior UN officials that spoke during the three-day summit pointed out the failure of punitive approaches and the high human cost that has been wrought as a result. Their statements were preceded by several written contributions made in advance towards the process which overwhelmingly called for reform and for the decriminalisation of drug use.

Recognising these many progressive calls in his closing remarks, the President of the General Assembly, Mogens Lykketoff, stated:

“With your experience and expertise, you have brought home to us the immense human cost of this problem and indeed, at times, of the approaches we take to address it.”

So has the UNGASS been a missed opportunity? Would it have been better had it not happened now and perhaps all the effort been saved for the next ‘big moment’ of 2019 when governments will have to negotiate a new global action plan on drugs?

The outcome document is mostly disappointing but it is not the only indicator of progress. Apart from the strong dissensus that emerged through government and UN statements, we can look back briefly to the last UNGASS on drugs in 1998. At that time the then President of the General Assembly, the UN Secretary General (who was Kofi Annan, now a strong proponent of reform) and UNODC’s Executive Director all made calls for a “drug-free world”. This time no self-respecting UN official would openly support the “harmful concept of a ‘drug-free world'” (according to the UN human rights experts).

Outside the UN, the momentum created by the UNGASS has helped to strengthen the drug policy reform movement bringing diverse new voices from criminal justice, development, peace building, palliative care, human rights, racial justice and religious groups. Over 1000 prominent and influential leaders, including Hilary Clinton and Bernie Sanders, have also made their voices heard with a strong letter to the UN Secretary General released on the eve of the summit.

The UNGASS was certainly not a success for the defenders of the status quo. The consensus on punitive prohibition has been well and truly ripped apart at the seams. What will rise up in its place? More than likely the trend towards “contentious pluralism” will continue as reforms continue apace at the national level placing further pressure on the global drug to control system to modernise to reflect reality or slide further into irrelevance.

For drug policy reformers, the work is by no means done. Although we should be buoyed by the fact that, by and large, the recent policy changes and shifts in discourse are in response to the numerous and vocal calls made by civil society in the course of the past decade. We can hear our progressive calls and language being reflected back to us by many governments and UN officials. To quote US Vice President Joe Biden:

“No fundamental social change occurs merely because government acts. It’s because civil society, the conscience of a country, begins to rise up and demand – demand – demand change.”

This UNGASS demonstrates the impact civil society pressure can achieve. The drug policy reform movement will continue to grow into a formidable global social movement towards 2019. The collective demand for change will grow ever louder leading to sustainable and seismic break-throughs at national, regional and ultimately UN levels.

‘The Amazon of Drug Trafficking’