This happened last night, when Coronation Street aired an episode – its 8,838th – in which a character, who is a wheelchair user, tries cannabis as a means to alleviate the severe pain she’s in and that prescription medication has been unable to treat.

Although it is dubious whether Corrie can be considered “art”, life certainly seems to be imitating it. The airing of the episode will coincide with the launch of a new campaign aimed at igniting the dialogue on the future of medicinal cannabis: End Our Pain. 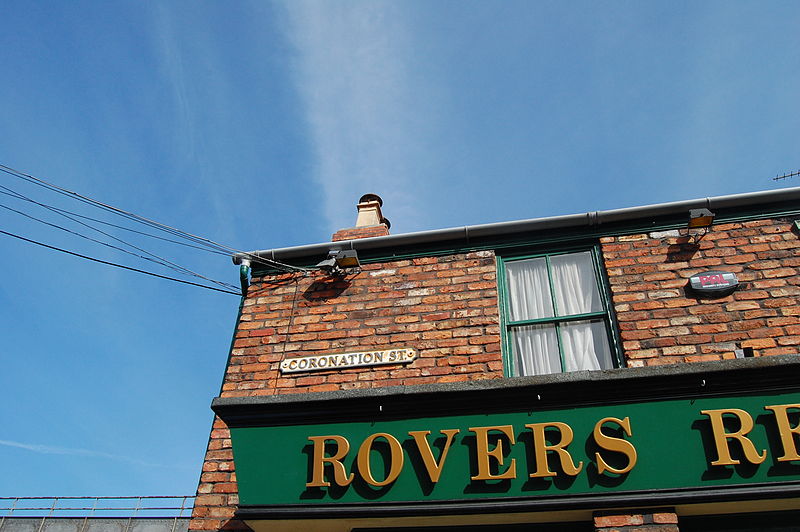 The End Our Pain campaign has already accumulated substantial backing and support by a network of groups and individuals – backed by the United Patients’ Alliance (UPA) and ourselves here at VolteFace. The campaign is being directed by Peter Carroll, the veteran of a number of high profile, acclaimed public campaigns that have successfully changed Government policy.

It is estimated that as many as 1,000,000 people in the UK currently take cannabis for medical reasons. Many of these, Mr Carroll said, “are people with chronically painful conditions. Their stories are heart-breaking. For too long, the issue of medical cannabis has been caught up in the wider issue of drug law reform. But this is a standalone issue.”

The first step is to make the wider public understand that the sufferers who turn to medicinal cannabis are patients – not criminals.

To achieve that, End Our Pain will focus on the protagonists of the battle for legal access to medicinal cannabis: the voices of chronically ill patients will be at the forefront of change.

It is wrong and harmful to restrain access to medicine that has been proved beneficial on the grounds of antiquated preconceptions of cannabis. Twenty-three American states, as well as Canada, Israel, Mexico, Uruguay, Jamaica and Colombia have medical cannabis programmes. Many European countries allow some degree of medical access to cannabis, too: so why not the UK?

All individuals and organisations that are supportive can now sign up at www.EndOurPain.org and become part of the largest ever major parliamentary lobbying campaign on the issue of medicinal cannabis.

“Denying patients access to a medicine that can help them just because it contains cannabis is… cruel. We are criminalising people whose only aim is to ease the pain and discomfort of their condition,” said Mr Carroll.

A growing number of politicians are listening to the evidence. We have the voices. We have the platform. Now we need your support.

The Volteface Interview with Helen Clark: UK Kiwis, Enrol and Vote Yes to the Cannabis Bill