The Greater Manchester Police State: Growing Up With A Cannabis Conviction

“What are you smoking there, mate?” a middle-aged man with a Stone Island jacket and brown Timberland boots (this was 2006) asked as he rapidly approached me in a Mancunian bus station.

My heart sank and began pulsating at an increasing speed, like a horse’s hooves on a racetrack. Despite having the appearance of a mid-level football hooligan, and before he produced his Greater Manchester Police (GMP) badge, I knew from the mask of smugness that covered his face that he was a copper. I froze on the spot. The game was up; he’d captured his prey. On went the handcuffs and we were off to the station.

I was, of course, in the wrong; I was smoking a joint in a bus station which is disrespectful to non-smokers and not something I would ever do now. But I was 17 and stupid and it was pre-smoking ban – it was not uncommon to see people smoking tobacco in a bus station or a pub at the time. Anyway, regardless of how stupid and naive I was, this is the story of how I received a cannabis conviction as a minor, and the only trouble I have ever had with the law. Ten years later and making a living from selling words, I thought it was time I re-examined what happened and the impact it had on my life, and weighed up any benefit it did or didn’t have upon society. 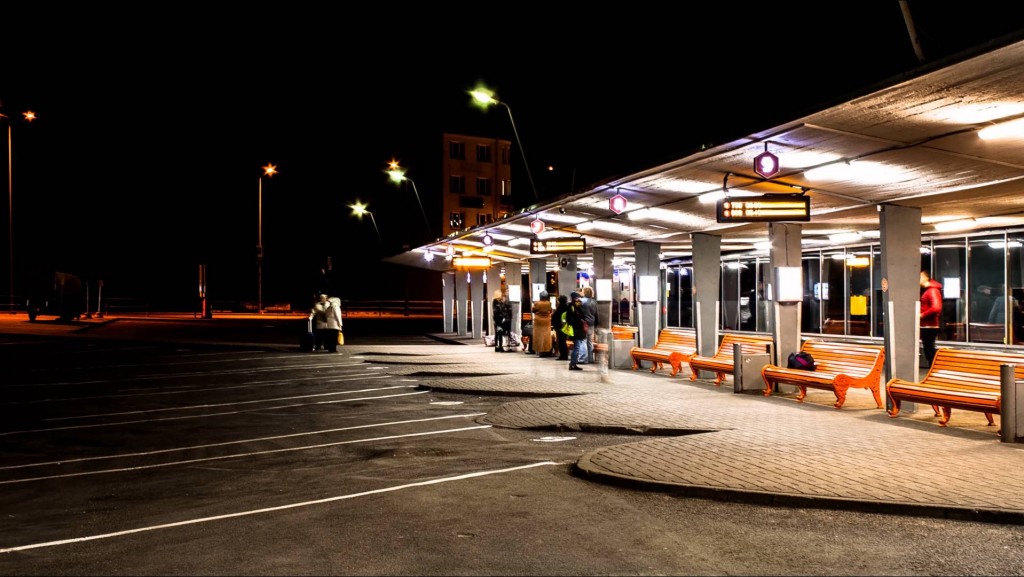 The GMP are very fond of bolstering their crime detection statistics by rounding-up docile cannabis smokers – after all, it’s much easier than spending time, effort, and resources catching serious criminals who will go to great lengths to avoid detection. Why spend two months monitoring Mr Heroin Trafficker? We’ll only get one arrest; let’s go and catch five smokers in an afternoon…

Upon my arrival in the police station, after the all-important shoelace confiscation, I was locked in a dirty cage cell for what seemed like an eternity.

It was probably about four hours, but that is an eternity to a 17-year-old. I was then interviewed over the ‘estimated street value of £2’ worth of skunk which I had been caught red handed with. I hope everyone in the station got a nice pat on the back for that big bust. From researching such matters I have discovered that if the police say that a portion of drugs is worth a certain amount of money you must divide that number by at least four to get anywhere near the correct value. It’s like watching Storage Wars on the telly; they’ll say that a mouldy plank of wood is worth $1,000 if it will make them look good.

“I NEED MY FUCKING MEDICINE,” a deranged heroin addict screamed at the top of his lungs, as the most personal thing to me in the world – my fingerprints and DNA – were being recorded on a police database forever. “He started on cannabis,” the arresting officer quipped as four of his comrades attempted to crumple the man to the floor. It wasn’t long before he folded like an accordion. Assessing the ugly mess of bloody limbs heaped on the ground, I wondered about the man – a scruffy addict with a fiery unkempt, ginger beard donning a blue tracksuit – being viciously manhandled for some unknown indiscretion. Was weed really the first drug he ever touched, the gateway to a hopeless opioid addiction? Or was it caffeine, nicotine, or alcohol that he first dabbled in? Using the greatly flawed ‘gateway’ rhetoric, perhaps these drugs could be described as the dangerous drugs that lead people down the path towards a crippling desire to postpone the sting of life’s problems using hard, Class-A substances.

This all happened a decade ago, but I don’t remember being offered any legal advice, my parents weren’t informed, and I really didn’t have a clue what was going on.

I believe I probably was, at some point, given the opportunity to have representation (even the GMP couldn’t be that incompetent) but the implications of what was happening were definitely not explained to me. It was a Friday night and I just wanted to get back out with my mates. So I admitted my actions, I was interviewed, and then they dropped me back off where they had picked me up. I remember the arresting officer on the way back nonchalantly offering me a polo mint, as if this was all just a jolly boys’ outing. I accepted the polo as I had a dry mouth – but that’s neither here nor there. 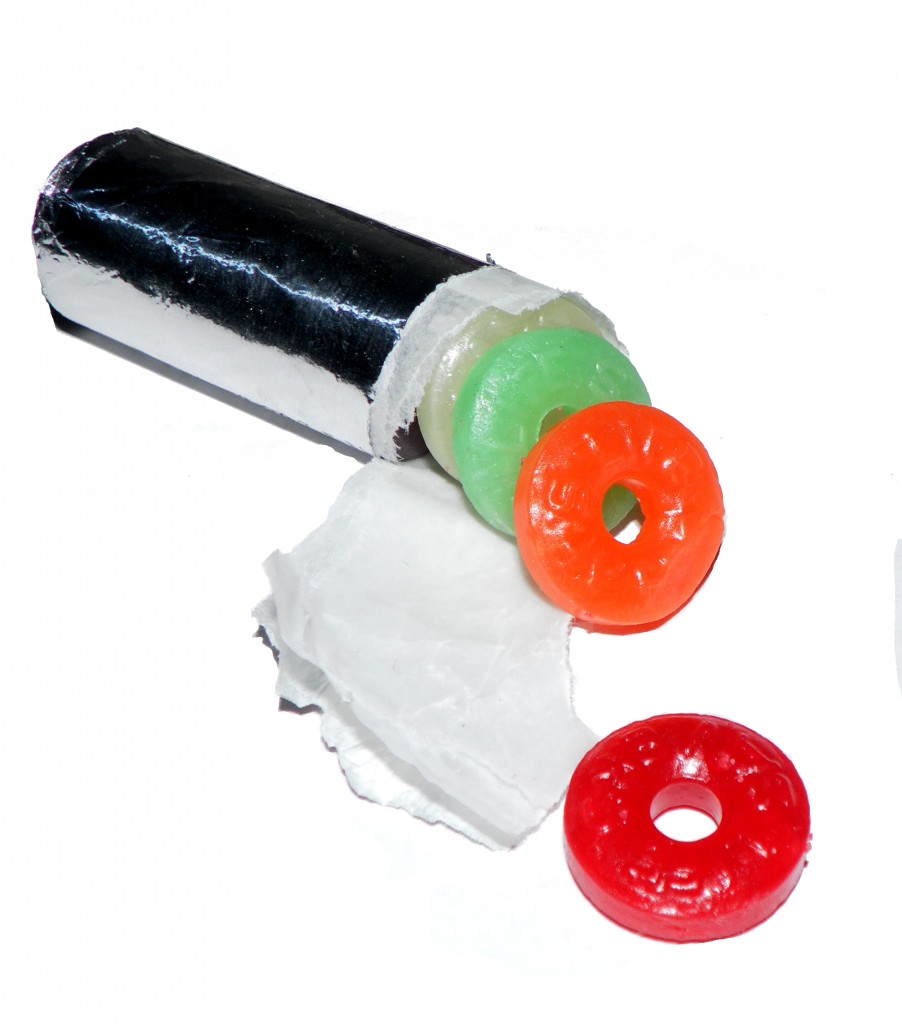 A week after witnessing the addict being taken to the floor by a flock of eager police officers in their fortified lair, I found myself in front of a magistrate judge.

It was serious business; I was up on a charge of ‘possession of a Class-C drug’, nobody here was offering me a polo. With no legal representation, and up against a smarmy grease ball of a prosecution lawyer intent on leaving the judge with no doubt about the evils of cannabis, I was swiftly convicted. I never stood a chance.

No victim surcharge was invoked due to the embarrassing absence, other than the taxpayer, of any victim in all of this. I was sentenced to eight hours community service and no fine. The total cost of the whole ignominious, fruitless debacle? Who knows? The community service, as it turned out, was alright, I helped out a really nice married couple who ran a charity shop for a day. But the social implications of the conviction were far-reaching and last to this day.

Firstly, it shaped the career paths that I could go into; I have a degree in a social science but ended up working in the media industry.

As part of my fulfilment of the degree award, I was required to complete a placement working with a vulnerable subsection of society. The only problem was the conviction that came up on my enhanced CRB check; there was a worry about whether I could be trusted. What would happen if I went? Would I turn up and inject heroin into my eyeballs before collapsing into a drug-induced delirium? Would I fly into a furious rage and start attacking people with a six-foot glass bong? After all, I did get caught smoking a spliff in the bus station, remember?

My attendance was required in the dean’s office of my faculty to have a long embarrassing conversation about what happened in the bus station years earlier. After receiving a reference from the bank I was working part-time at (more intrusion on my everyday activities) he was happy to vouch for me as a decent guy. When I asked a spokeswoman from the Home Office about this she said that “it’s up to the universities if they want to ask their students to disclose spent or unspent convictions.” She added that: “There are also some older offenses that can be filtered out of certificates. I suggest that you have a look at the DBS filtering guidelines online.”

When I’ve visited other countries I’ve had to declare my conviction and talk about it in the most apologetic of manners. You’d be surprised how many things inevitably loop back to when I got caught smoking weed on that fateful day.

“A person with a conviction can travel abroad unless the court imposes travel restrictions or the police apply for them,” a spokesman for the Crown Prosecution Service told me in an e-mailed statement. “Convicted persons would also have to abide by restrictions set by the countries they want to travel to,” they added. 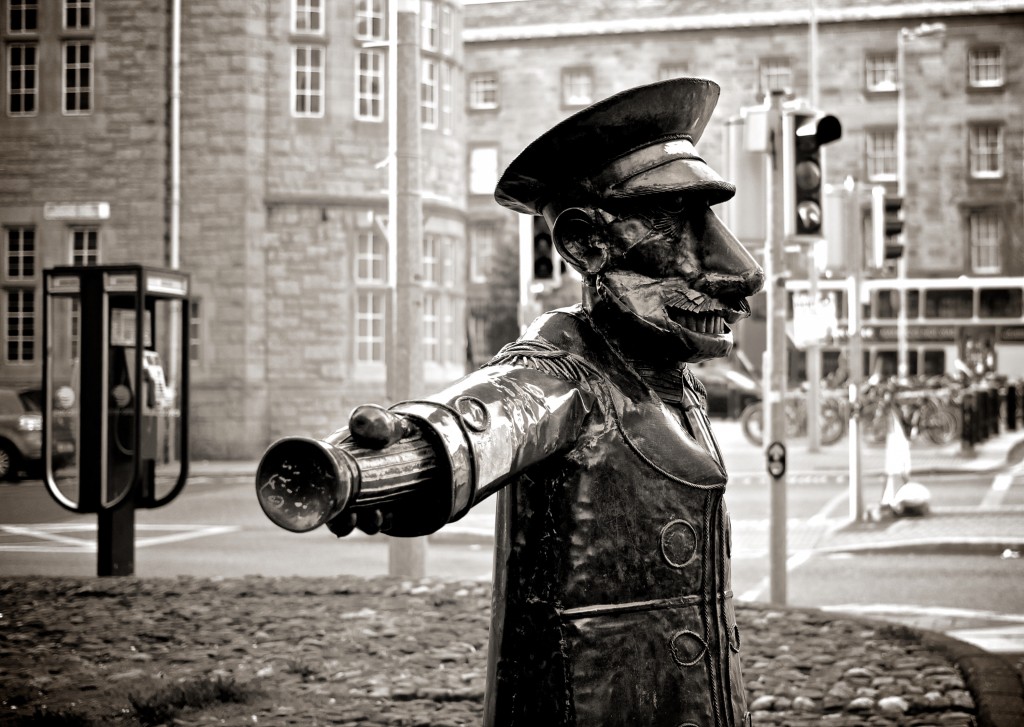 Nine years after #busstationgate I was walking through a student area at 4:00am and I was stopped by two police officers.

“Have you been in trouble with the police before,” they asked after I voluntarily gave them my details. I said ‘no’ as I was certain that it was in some way spent. After they checked I was revealed to be ‘a liar’ and searched on the basis of that. All that was in my pockets was a house key and a wet, snotty tissue. I had a cold.

“A criminal record remains forever,” confirmed Kirstie Douse, the Head of Legal Services at human rights charity Release, when I spoke to her last week. “There are only policies and procedures that allow for something not to be disclosed or filtered out.” But these rules are often convoluted and subject to changes that are difficult to follow.

If there are any employees of GMP reading this you really should be thoroughly ashamed of yourselves. Sir Robert Peel, twice British Prime Minister and from Greater Manchester himself, would be turning in his grave if he could see the laughing stock that your force has become. He started the police in 1929 when he spearheaded the Metropolitan Police Act ‘to protect victims of crime’. He didn’t see the need in spending time, resources, and public funds dealing with victimless crimes. Imagine if the GMP had spent all of their energy on trying to make their city a safer environment? Things would certainly look different in Manchester today.

It really is unsurprising that Manchester’s streets are saturated with gang culture and peppered with illegal firearms.

Greater Manchester Police were contacted for comment in this article, at the time of writing I am still waiting to receive a response. Perhaps the request is hidden somewhere in an advance of paperwork at their head office, or maybe they just no longer have the resources to deal with such things. Or maybe they’re all out on the hunt for funny smells.

What Do Medical Cannabis Patients Think Of ITV’s Gone To Pot?