LSD: For Love or Money?

Brutal gang violence, witness intimidation, torture, execution: these are the tools relied upon by those who work in the illegal drugs trade. It’s impossible to say exactly how many have been killed when deals have gone wrong. It’s certainly in the thousands, if not hundreds of thousands. But there’s one corner of the market that remains oddly un-bloodied: LSD.

“There was one case back in ’68 when a supplier realised he was under surveillance by police,” says Tim Scully, one of the rogue chemists responsible for ‘Orange Sunshine’, the acid that fuelled the psychedelic revolution. “He got out a .45, walked up to the car, and murdered the cop. But that was a rare aberration. The overwhelming majority of people I dealt with on the acid scene were non-violent.”

Why? A new documentary, The Sunshine Makers, directed by Cosmo Feilding Mellen, suggests one answer:  at the highest levels, those involved in the manufacture and distribution of hallucinogenic drugs were in it for love rather than money. Volteface spoke to several members of the acid underground to find out more.

In the late 1960s, there was serious cash to be made. The hippy youth – naïve, middle class, and clamouring for drugs – were virtually begging to be ripped off. Yet for Tim Scully and Nick Sand, two of the underground chemists at the heart of it all, it was an opportunity for mass enlightenment rather than personal enrichment. Between them they produced tens, perhaps even hundreds, of millions of doses of acid. The way they tell it, they didn’t have a choice.

Speaking to Volteface from his home in California Tim Scully, now 72, recalls the moment in 1965 he realised making LSD was his vocation.

“It was the first trip,” he says. “When I came down I turned to my friend and said, you know, we could make a lot of this and just give it away. I spent the rest of the year going to the university library and reading up on how to make it.”

For the man who would eventually become his partner in crime, Nick Sand, the moment of revelation was more dramatic:

“A voice came through my body,” he tells the camera. “It said, ‘Your job on this planet is to make psychedelics and turn on the world.’” 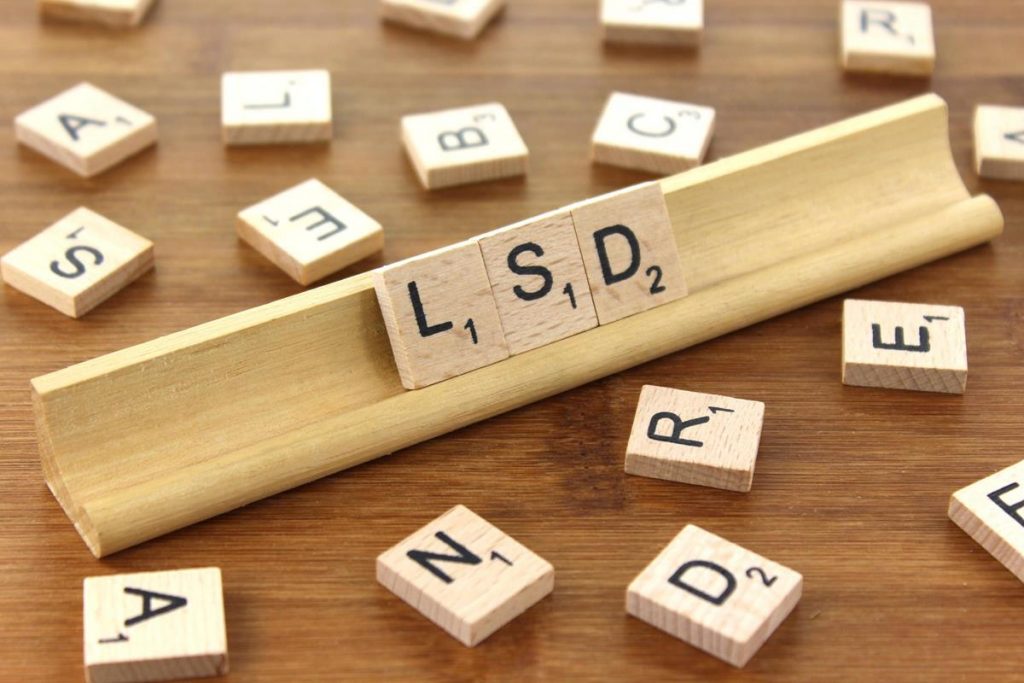 Why risk jail just to get people high?

“My friends and I tended to have transcendental acid experiences,” says Scully. “Feelings of deep oneness with the universe, that sort of thing. We thought that if we could share that experience with everyone that they would behave differently as a result: that people wouldn’t be as greedy, dishonest, and hypocritical. We wanted to see the end of the Vietnam War and for people of all sexes and races to be treated equally and fairly. We thought that corruption would come to an end because everybody would be seeing it. Suddenly the curtain would be drawn. That’s what we hoped.”

After a trip to London to source the raw material, lysergic acid, which they brought back strapped to their bodies, they set up a lab on a farmhouse in Windsor, California and spent a month intensively cooking. A few million tabs of Orange Sunshine were the fruits of their labour.

“We observed a flowering of art and music and smiling people on the streets,” says Scully. “It was apparent that the social changes that were resulting from distributing a bunch of LSD were really positive. We weren’t yet seeing the negatives. Partly because of selective attention, but mostly because what was going on was positive. It was very sweet.”

The people pushing their drugs – a tightly knit gang called the Brotherhood of Eternal Love – were an inspiring example of what could be achieved.

The Brotherhood started out as simple armed thugs. Then, one day, they decided to rob a movie producer for his stash of acid. Their conversion was Damascene.

The story is told in another recently released documentary, Orange Sunshine, directed by William Kirkley. Tim Scully sums it up:

“They took that LSD, threw away their guns, and decided that they wanted to turn people on,” says Scully. “Their whole approach to what they were doing was spiritual.”

The Brotherhood went on to become one of the most significant suppliers of hallucinogenic drugs in the world. But how do you run an international drug smuggling ring on nothing but hippy idealism?

According to Mike Randall, one of the Brotherhood’s leading members, it was easy.

“People worked to distribute LSD because of love,” Randall tells Volteface. “Love is way stronger than fear. Most of us that were distributing LSD in the ‘60s weren’t even making money. I was afraid to make anything on it: I didn’t want the karma of trying to profit on other people’s spiritual awakenings.”

Randall estimates that the Brotherhood pulled in $50,000 to $100,000 every week. “But nobody had a lavish lifestyle,” he insists. “We drove old cars and lived modestly. A lot of us lived in tepees. Most of us went barefoot.” Most of the money, he says, was ploughed back into the operation. 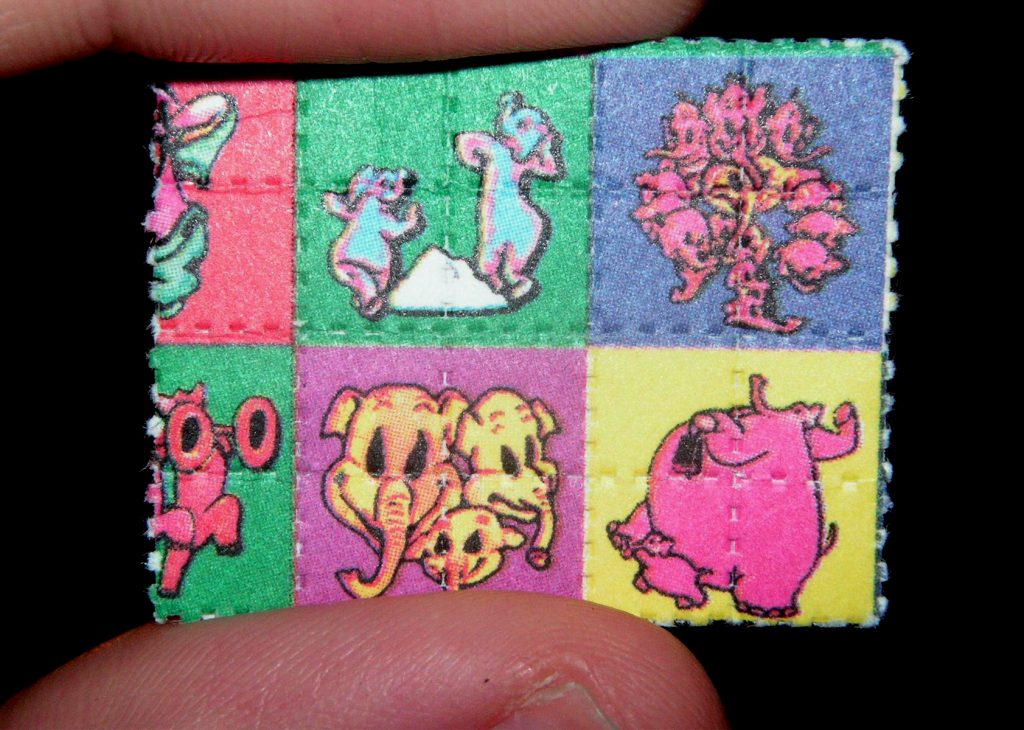 “The aim was to turn on as many people to the beautiful, spiritual insights one gets when taking LSD,” says Randall. “And we were fabulously successful. We produced over 120 million hits of acid. We would have done even more if fate hadn’t stepped in.”

Fate, in this case, being the law. One member of the Brotherhood was shot in front of his family; many others were thrown in prison. Chemist Tim Scully was sentenced to 20 years. For all their visions of world peace, state violence turned out to be an unavoidable reality.

Few men are more sadly aware of this than William Leonard Pickard. Qualified academic, published author (The Rose of Paracelsus: On Secrets and Sacraments), skilled chemist and, according to the DEA, one of the most significant producers they’ve ever laid their hands on, Pickard was caught moving a drug lab out of a decommissioned nuclear missile silo in Kansas in 2000. He was given two life sentences. After his arrest, the DEA claimed the availability of LSD dropped by 95%.

Pickard, now 71, maintains his innocence, and so cannot speak about any personal motivations. But emailing from prison in Tucson, Arizona, he writes:

“From my Harvard research, during which I conducted interviews with six underground chemists allegedly responsible for producing most of the earth’s LSD, it seems they view the psychedelic experience as a touchstone of cognitive evolution, in effect an antidote to hatred.” Clearly, this is not something most governments are willing to tolerate.

What about the psychedelic chemists of today? A team involved in the development and supply of LSD-like compounds, or lysergamides, agreed to speak to Volteface on the condition of anonymity.

Until the moment the Psychoactive Substances Act of May 2016 closed the legal loophole through which they operated, they had sold around 2 million doses of lysergamides, and invented several new ones too. The business allowed them to live “very comfortably” but, like the others, they claim money wasn’t their sole objective.

“More than anything, profits went towards sourcing further products and developing other compounds,” they say. Their quality control was rigorous: products were subjected to both independent lab analysis and were tried and tested by a small research group before being sold.

Unlike their 1960s predecessors, they didn’t think that LSD could radically change the world. But they did think they might be improving people’s lives, one trip at a time:

“One of the main things that interested us was the therapeutic aspect of the psychedelic experience. It is not a question of ‘take this and be happy’ – more a personal journey of discovery and realisation. It is a tool for achieving better things, not a cure-all. We had a huge number of customers thank us for providing something that had helped them through difficult times. That’s what made it worthwhile.”

LSD is a powerful substance indeed: strong enough to make drug dealers think that they’re social workers and, in the case of the Brotherhood of Eternal Love, to transform armed criminals into flower power hippies. Across generations, many of those synthesising and supplying it have been motivated not by greed, but by a belief in its power to transform the world for the good.

While today, placing faith in acid alone seems, at best, hopelessly naïve, there’s no denying the growing body of research showing that hallucinogenic drugs can dramatically improve people’s lives. And compared those in charge of the supply of alcohol and tobacco, the nerdy chemists and do-gooder drug dealers of the illegal acid scene seem like saints. Perhaps a legally regulated market wouldn’t be such a bad idea.

“It’s something you feel compelled to share,” says The Brotherhood’s Mike Randall. “It’s a natural thing to want to help other people to get better.”

Time for reflection on the UN’s ‘Universal Children’s Day’