Mushroom Grazing: The Legal Way of Taking Class A Drugs?

In the kaleidoscopic, ever-changing drug landscape we have found ourselves in these days, it’s sometimes easy to forget about the bread and butter. Whilst you’ve now got an alphabet soup of so-called ‘research chems’ to choose from, staples like magic mushrooms will always be there.

Any seasoned wreck head will tell you that they’re great for that third day of the festival when MD won’t work anymore and you can’t even stomach another warm Red Stripe. There are other advantages too: they’re free (!), we have some of the best magic mushrooms in the world here in England, and science has said that they are one of the safest drugs around. And that’s not even mentioning the fact that many psychologists argue that they may have a pretty groundbreaking therapeutic application too.

Like all drugs, however, there are of course some downsides. Taking too much being the main danger. After all, it is a bit hard to cope when you’re having sex with someone and they suddenly morph into a giant human accordion. Or when your girlfriend is upset because she thinks that she’ll only ever be able to hear classical music forever. But these moments usually pass quickly and you’re pretty much guaranteed a couple of hours of giggly, trippy fun. But it would be a different story if you found yourself with a criminal record – that would not pass quickly.

It’s mushroom season right now, meaning that if you go for a stroll in the countryside you’re likely to see someone in the middle of a field crouched down inspecting the floor below. Now, I’m not going to lie, that person is usually me. But I always wondered: Just how illegal is it? Sure, it is covered under the Misuse of Drugs Act 1971. But, at the same time it’s just, well, picking up a mushroom off the floor. What if a naive mushroom enthusiast inadvertently foraged some fungi of the wrong kind? What if an innocent Sunday morning rambler accidentally kicked over a cluster of shrooms and some got stuck to the bottom of their boots?

A mushroom dealer I know (an old archetypal hippy who sells both liberty caps and little wooden mushrooms he claims to have carved himself) claims that in the mid-70s some festivals were deliberately held on privately-owned fields where the mushies grew. He assured me that no laws were therefore broken. I’ve even heard people on mushrooms talk about ‘shroom grazing’: “If you just bend down eat them off the grass, you are never in possession – it must be totally legal!” 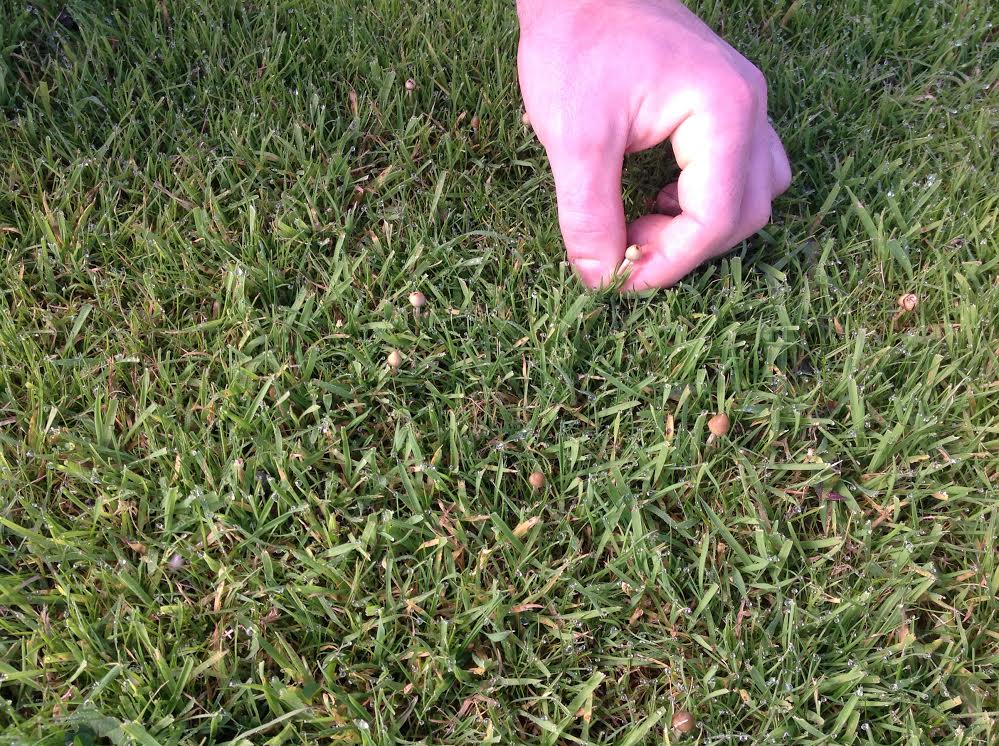 You’ve got to admit that the law surrounding all this seems ambiguous and open to interpretation, right? With so many questions and no answers at all, I spoke to Kirstie Douse who is a solicitor and the Head of Legal Services at law and human rights charity Release. She promised to fill me in with the details.

Kirstie: Any fungus – like a mushroom, truffle or something like that – which contains a substance called psilocin is controlled. Mushrooms containing psilocybin [magic mushrooms] are controlled under the Misuse of Drugs Act because psilocin is the active ingredient in psilocybin.

Previously the mushrooms were only illegal if they were prepared in some way. Like if they were dried, frozen, refrigerated or something like that. In 2005, regulations were brought in so that also included fresh mushrooms.

It is Class A, so it could potentially be a serious offence. The absolute maximum sentence for possession is seven years and an unlimited fine. But people very rarely get the maximum sentence. If it was clearly a small amount for personal use, and there is no question of that, in all likelihood they would get a caution. This would be a criminal record which could have implications for employment, education or travel. 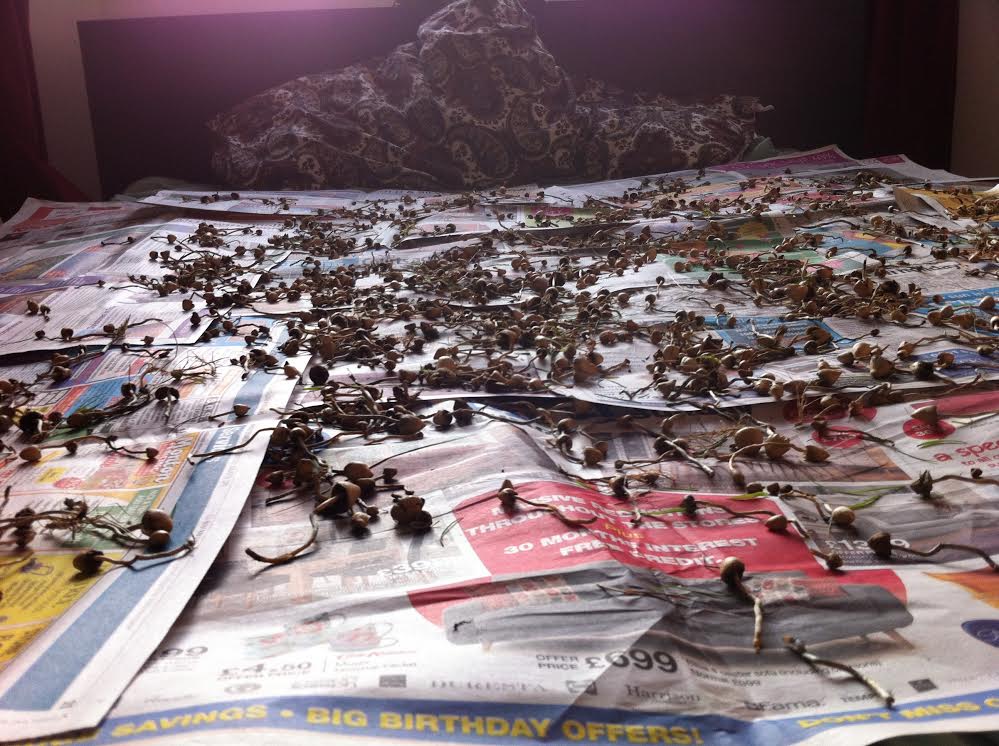 I didn’t know that they were illegal

If someone unknowingly picks them there could be an argument or defence put forward that they didn’t know. Whether or not that would be accepted would depend on the circumstances of the case really.

Let me try and think of a scenario, ok: Someone from the city, who had no prior knowledge of these types of things, was wandering through the countryside when they picked them because they thought that they looked pretty. If they were unlucky enough to be caught on the way back to London it could be argued that there was no offence committed because they didn’t know.

If someone was to pick and take them at that immediate moment, you’d need police officer in the field waiting ready to catch them in the act of being in possession. Unlikely. The scenario where people might get caught is more likely to be when they’ve collected some, taken them home, the police come to their property for some other reason and they find them.

But they were growing on my property

Not a defence. They are naturally-occurring – you can’t help what’s growing on your property. But once you’ve picked them you’re certainly in possession. There isn’t an exemption because they are on your property and you haven’t picked them off someone else’s land.

I was ‘grazing’; I ate them off the floor and was never in possession

Yeah, haha, no. The thing with that is that at a point, even if you bend down and you take them directly into your mouth without touching them, during that process you are in physical possession of that – there is an offence committed. However, unless you’ve got a police officer right there when you’re bending down and grazing it’s never going to become a reality in terms of a prosecution.

All the President’s Men (and Women)