The 2016 US presidential election has been one of the most hotly contested – and controversial – in recent memory, pitting two deeply unpopular candidates against each other in a war of attrition that, one way or the other, has the potential to change the course of world politics. The Trump vs. Clinton campaign has been so engrossing (and horrifying) that it is easy to forget that even without them, this election was always likely to be historic for another reason: cannabis.

Five states – Arizona, California, Maine, Massachusetts, and Nevada – are set to vote on ballot initiatives that would see them join Colorado, Alaska, Washington, Oregon, and the District of Columbia in legalising and regulating the recreational use of marijuana. Four more – Arkansas, Florida, Montana, and North Dakota – will vote on allowing the medical use of the drug. For voters in every one of these states the stakes are high, but one in particular has the potential to dictate cannabis policy in the United States – and to a certain extent the rest of the world – for decades to come. That state is California.

The Golden State is the most populous in the Union, with an estimated 39,144,800 citizens. Its economy is so vital to the country as a whole that, were it a nation in its own right, it would be the sixth largest economy in the world. Not surprisingly, advocates and opponents of reform alike have long focussed their efforts on this most important of battle grounds. Should Californians finally vote to legalise, the number of US citizens with access to legal cannabis would more than double, surely accelerating the spread of legalisation in the rest of the country. Conversely, should legalisation fail – as it has done before – supporters argue that it could stop the movement in its tracks, dealing a blow that would set reform back by decades, and send a message to the rest of the world that perhaps this isn’t the way forward after all.

As the Californian ballot initiative – Prop 64 as it is known – unfolds in the coming weeks, I’ll be exploring the history of efforts to legalise in the state, and the battle that is now being fought between those who support the measure and those – including many notable reformers – who are urging Californians to vote no. Speaking to people on the frontline, I’ll be getting to grips with the global importance of this vote, and, finally, will root through the rubble in the aftermath of November 8th to attempt to figure out what went right, what went wrong, and what we on the other side of the Atlantic can learn from it. 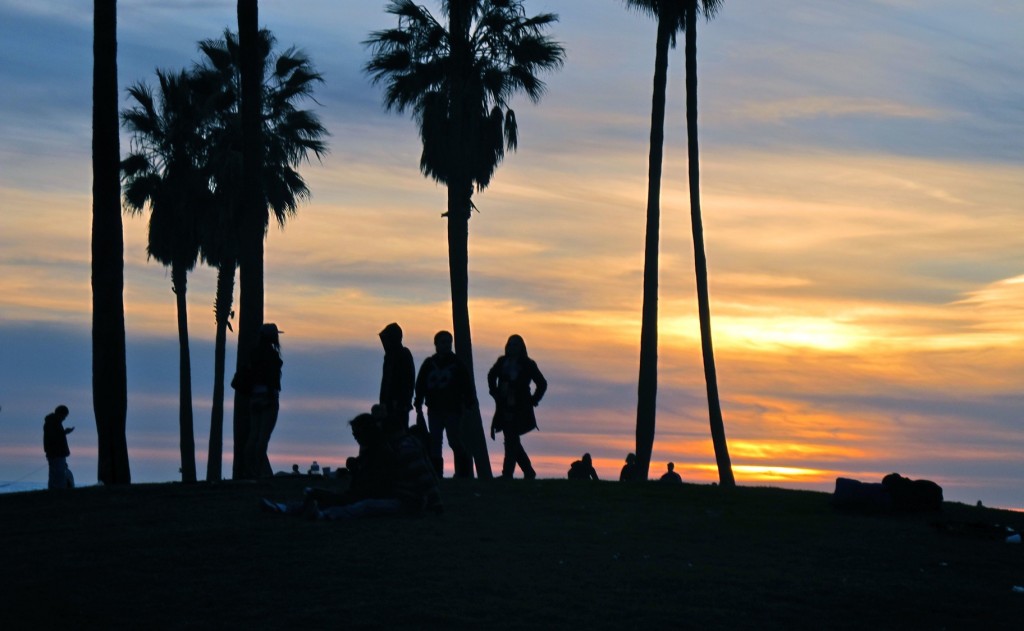 Key to any understanding of Prop 64 and its possible repercussions is its predecessor, Prop 215. Passed way back in 1996, Prop 215 was the very first medical marijuana initiative to be passed into law anywhere in the United States, kicking off the tension and occasional conflict between state and federal law that is still a very real issue today. According to ballotpedia.com, the ‘encyclopaedia of American politics,’

“The passage of Proposition 215 is considered a significant victory for medical marijuana. It exempts patients and defined caregivers who possess or cultivate marijuana for medical treatment recommended by a physician from criminal laws which otherwise prohibit possession or cultivation of marijuana.”

Despite its success at the ballot, however, Prop 215 was far from universally supported in California. It passed only narrowly, with 55.58% of the popular vote, and led to a number of legal challenges, most notably from San Diego and San Bernadino counties. They challenged the new law on the grounds that it required them to condone the use of a drug that is illegal under federal law. The lawsuit was defeated in 2008, when the California legislature ruled that the state has the right to eliminate criminal penalties for medical marijuana use despite federal law. The US Supreme Court refused to hear an appeal to this judgement in 2009.

20 years on from the original passing of Prop 215, the medical marijuana landscape in California has altered significantly. In 2013, the aptly named ‘California Senate Bill 420’ clarified the scope and application of Prop 215. Specifically, it recognised that possession limits included in the original law were simply inadequate for many of the state’s patients, and ensured that any patient with a statement from their physician, confirming that they require more cannabis than was previously allowed, could be exempted from the restrictions. It also gave individual counties the right to raise – but not lower – the possession limits in their own areas, in essence forcing counties like San Bernadino to establish medical marijuana programmes despite their reluctance to do so.

Other provisions included in Senate Bill 420 included the introduction of a voluntary state ID card system, confirmation of the right of patients and caregivers to associate collectively or cooperatively to cultivate medical cannabis, the banning of cannabis smoking within 1000ft of a school or youth centre, and the right of probationers, parolees, and prisoners to apply for permission to use medical cannabis (which could still be denied at the discretion of the authorities), among others.

Prop 215, then, has been changing and evolving ever since its inception, and it didn’t stop with SB 420. In 2015 the Medical Marijuana Regulation and Safety Act introduced a raft of new regulations aimed at different aspects of “commercial medical cannabis cultivation, manufacturing, distribution, transportation, sales, and testing.” For a great summary of those changes, you can visit the website of Americans for Safe Access here. 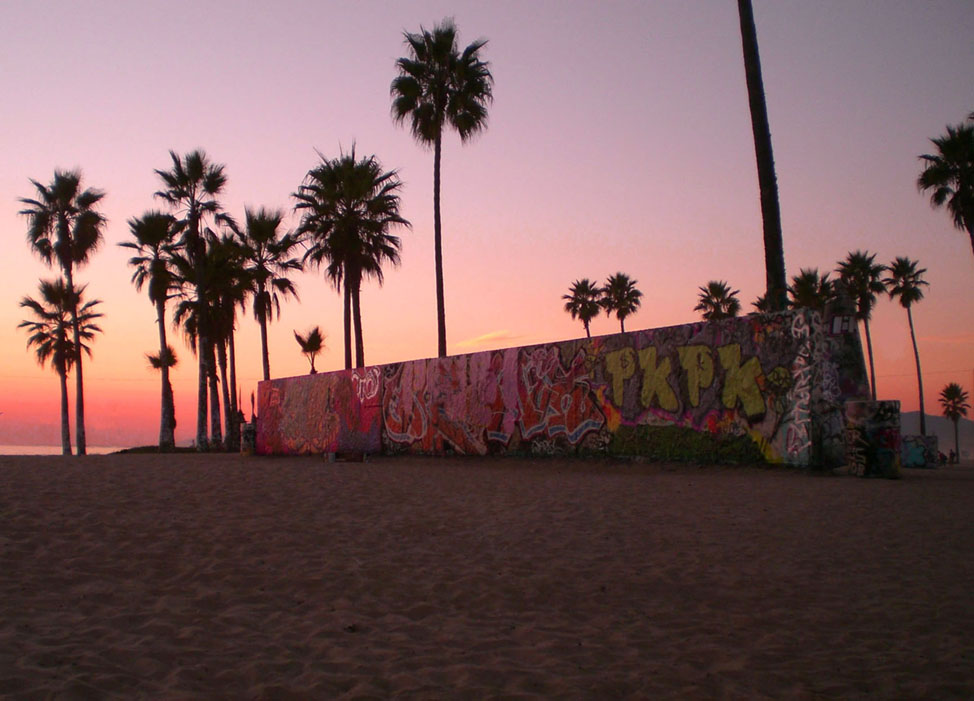 Essentially, California’s medical marijuana programme today is a very different beast to that envisioned by Dennis Peron et al., the authors of the original Prop 215. It has done a great job of providing legal protection to medical cannabis users in the state, and of regulating the way that cannabis is grown, sold, and consumed, to provide the greatest level of safety. Crucially, however, it still, 20 years on, only applies to the medical use of marijuana.

Despite the claims made by many that cannabis is pretty much legal across the board in California, such is the ease with which one can acquire a doctor’s recommendation, it is an undeniable fact that using or producing cannabis for non-medical use is still a criminal offence, and one which can and does land people in prison. Naturally, reformers have been trying to change this for decades. This year’s Prop 64 is only the latest attempt.

Since it became the first state to prohibit ‘recreational’ marijuana use in 1913 in an addendum to the Poison Act of 1907, Californian’s have voted on legalisation twice – in 1972 and 2010 – and have rejected it both times. In the intervening years, various measures have led to the possession of less than an ounce being downgraded from felony, to misdemeanour, and finally to an infraction – the same as a traffic violation. Now, in 2016, voters have the chance once again to introduce full legalisation and regulation, but despite polls showing support, it’s perfectly possible that the measure could fail again.

Now, perhaps more than at any other time in the history of California’s grapples with cannabis legalisation, the whole world is watching and waiting to see which direction they take. The global appetite for reform is greater than ever, and many experts predict that the passing of Prop 64 could trigger a tidal wave of reform the likes of which has never been seen. And yet, at this crucial moment, the movement against Prop 64 seems from the outside to be building up a head of steam. Famous figures have spoken out against it, including the ‘father’ of medical marijuana in California, Dennis Peron, and campaigners are beginning to get nervous mere weeks from the vote.