Of all the attempted justifications for drug prohibition, perhaps the most thoroughly absurd, easily debunked, and yet stubbornly persistent is the gateway theory. Typically applied to cannabis, it states that cannabis is illegal and must remain so, because its use – particularly by young people – sets off a devastating biological chain reaction that leads inexorably from one drug to the next until the innocent teenager smoking a joint with his friends becomes that most socially unacceptable of drug users: a heroin addict. The horror.

It’s nonsense, of course. There is absolutely no proof that consuming cannabis in any way forces a person onto a slippery slope of addiction. In fact, there is even some evidence to suggest that cannabis use can help curb opioid dependence. Nevertheless, it is an argument that is trotted out with disturbing regularity, most recently by our very own Prime Minister, Theresa May.

During a live Facebook Q&A, hosted by Robert Peston for ITV, Mrs May was asked about the possibility of legalising cannabis in the UK by Emma, a voter who explained that she used cannabis to treat her debilitating anxiety. May’s response was unequivocal: She is completely opposed to legalisation, in part because “…of the impact I see it having on too many people in terms of the drug use” and also because “it can of course lead to people going on to harder drugs.”

The PM’s response belies her true ignorance of the issue and her desire to fall back on old drug war rhetoric rather than address the actual issue of drug policy reform head on. Claiming that cannabis use is a gateway to ‘harder’ drug use makes about as much sense as arguing that milk is a gateway to alcoholism, or that riding a pushbike as a child is a gateway to joining the Hell’s Angels. Making that claim whilst also asking voters to believe that you want to protect children from harm is even worse. It’s an insult to logical thinking. 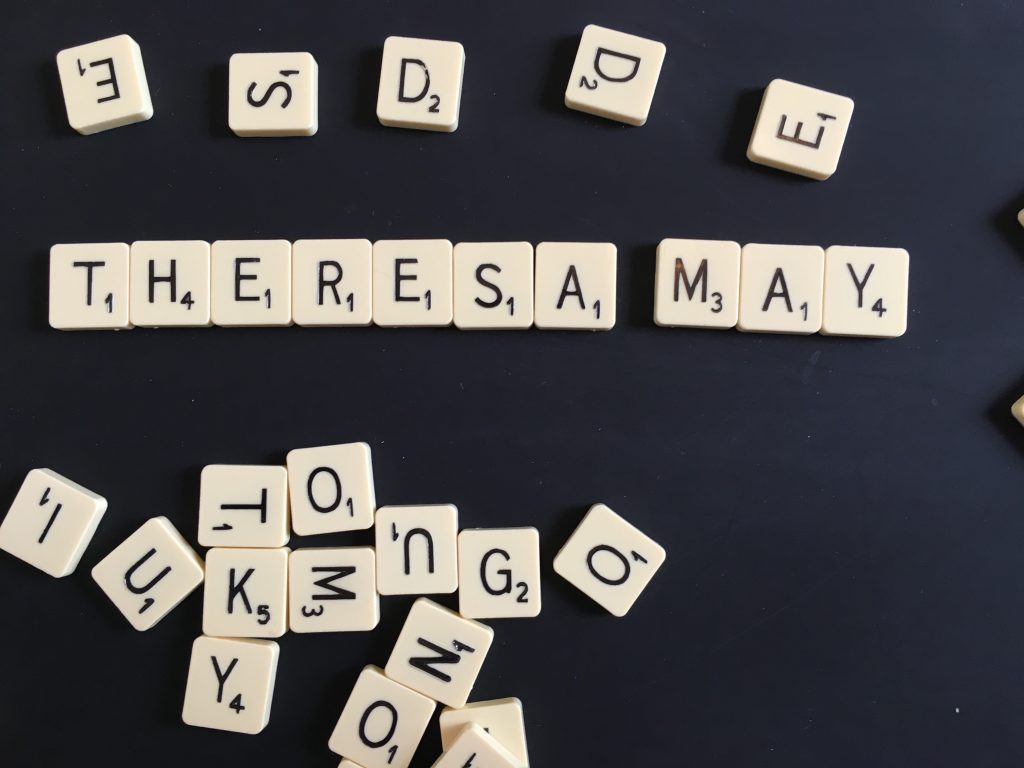 It is however entirely in character for a Conservative government that has opposed drug policy reform at every turn over the past seven years and which, should it win the General Election in June, is set to stay stubbornly stuck in the past. Their manifesto offers nothing in the way of hope for change when it comes to drug policy. Multiple references to mental health have elicited optimism from some quarters, but will equally be seen as empty promises by healthcare professionals and patients who have seen repeated promises of huge funding increases and recruitment drives come to nothing.

More promising is the pledge to give more power to Police & Crime Commissioners, who have emerged in recent years as key figures in the fight for reform. Giving them more scope to implement harm reduction policies and de facto decriminalisation – as has happened now in multiple regions – can only be a positive thing, but any changes implemented will nonetheless be in direct opposition to the government’s own policy. They do not want reform, and Theresa May’s comments on cannabis only prove what was already blindingly obvious.

The idea of cannabis as a ‘gateway drug’ becomes even more absurd when you spend time talking to cannabis users – something I suspect Mrs May would never do. A strange kind of drug snobbery emerges from many (but by no means all) as they display often deep-seated prejudice against users of what they consider to be harder drugs – heroin, crack cocaine, methamphetamine, etc. But with that snobbery also comes an apparent awareness of the dangers of not just illegal drugs, but legal ones too. Many cannabis users look down on tobacco smokers, and even more so on heavy drinkers.

Clearly the argument that cannabis use makes people more likely to abuse heroin or crack does not stand up to scrutiny, but it could certainly be argued that there is a kind of gateway at work here. After all, it is certainly true that a significant number of users of ‘hard’ drugs have also consumed cannabis at some point. It’s just not the gateway that Theresa May thinks it is, and it isn’t caused by cannabis at all. 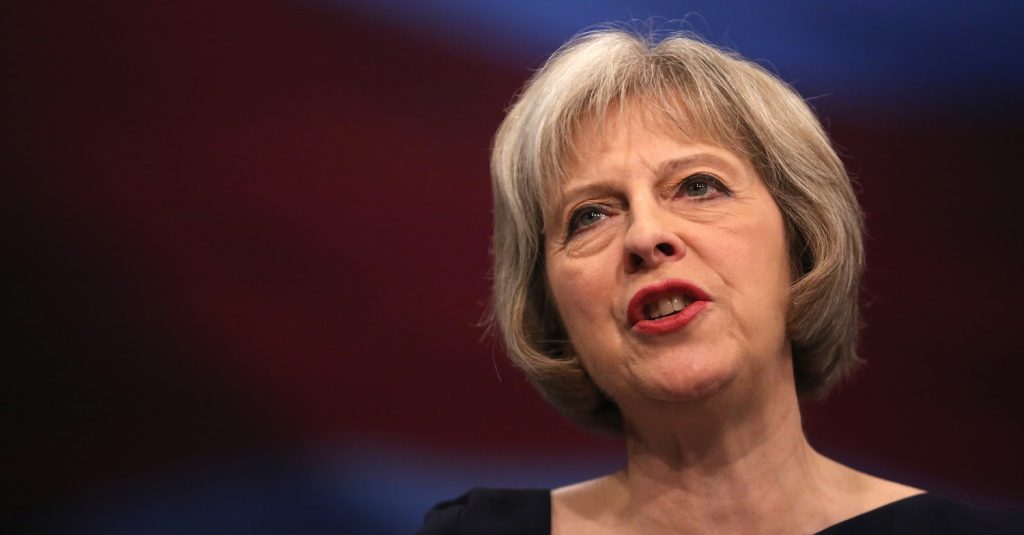 In November of last year, a report was released by the National Crime Agency, titled ‘County Lines: Gang Violence, Exploitation & Drug Supply’. It explored the phenomena of ‘county lines gangs,’ which it defined as criminal groups whose “members are based or have origin within an urban city location” but who have also “established a market in a rural town, into which they supply drugs.” They’ve been in the news a lot in recent months and years, as the violence caused by inner city gangs taking over the drug markets of provincial towns inevitably intrudes into the lives of innocent victims. But there was an important, extra defining feature of these gangs in the NCA report, and it’s one that sheds a light on the real gateway effect, caused not by cannabis or any other drug, but by prohibition itself.

The report was clear that one of the defining features of a county lines gang is that “their criminality systematically exploits young and vulnerable persons.” The modus operandi of these groups is to use children as young as 11 to transport drugs from London, Liverpool, Birmingham, or Manchester, to coastal and market towns the length and breadth of the country. The kids are pulled into criminality by the pay (which often turns out to be very little for a lot of work) and the glamour of being in a gang. But once in, they very quickly become trapped.

Any losses – be they from seizures, human error, or robberies – are not swallowed by those at the top of the chain. Instead, the children and vulnerable adults at the bottom are forced to take on those losses as debts, and must work without any pay until they are cleared. Often they receive beatings, and there are many stories of gangs deliberately setting young kids up to be mugged in order to trap them in a cycle of debt from which is nigh on impossible to escape. Once trapped, it often isn’t long before a young kid becomes just another gang member ready to repeat the cycle of criminality, prison, and addiction that has blighted the lives of so many before.

The reason all of this is able to happen is of course prohibition, and the continued enforcement of punitive drug policy that Theresa May insists is keeping our children safe. In reality, rather than acting as a gateway to more powerful and dangerous substances, cannabis – because of its illegality and the ease with which it can be obtained – is all too often a gateway into a world populated by hardened criminals willing and eager to exploit the young and vulnerable. 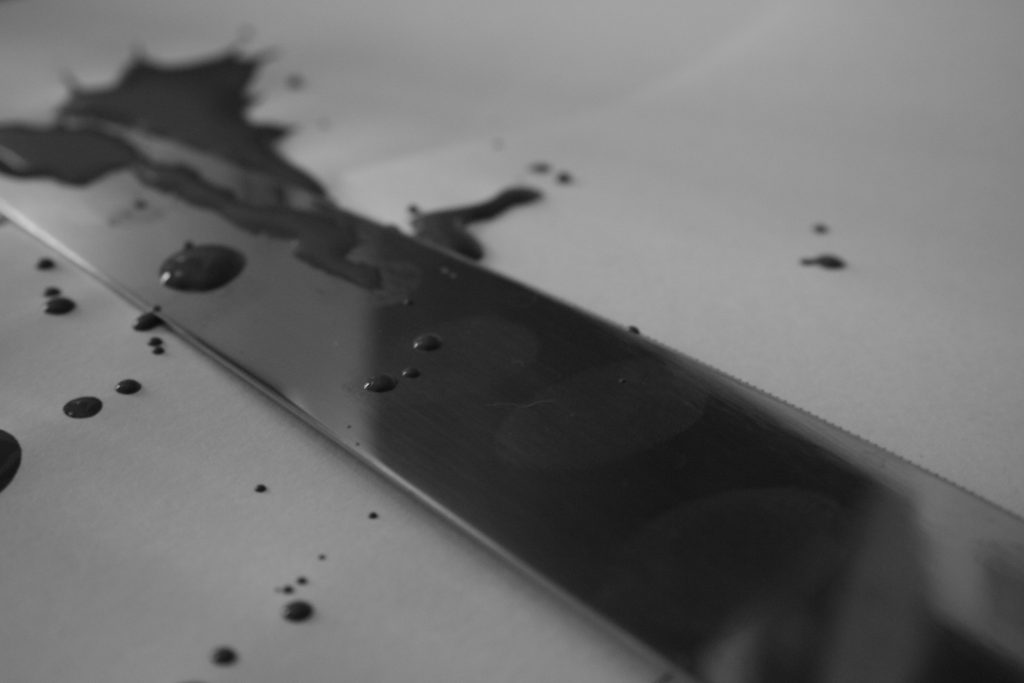 Every day, inner city youths looking to buy cannabis from street dealers find themselves instead employed as couriers and dealers; taking on all of the risk with little if any reward. By perpetuating the myth that keeping cannabis illegal is necessary to keep young people out of the clutches of heroin-peddling gangsters, all the Prime Minister is really doing is ensuring that those very gangsters can enjoy a steady flow of youngsters to exploit.

Of course, many of the youths caught up in this trap will eventually find themselves involved in much greater criminality. Knife crime is on the rise in London – earlier this year there were 11 killings in the space of a fortnight – and despite not having reached record levels as yet, there are fears that the already overstretched police force is struggling to cope. One senior detective told the Evening Standard that the force are simply in the “business of murder suppression.”

The likelihood is that almost all of the young people forced into criminality by these gangs will at some point end up with a criminal record if not a jail sentence. Their potential is all but snuffed out, and for many there will be no turning back. But the catalyst for their descent – their gateway – was not the fact that they fancied a toke on a joint at age 14. It was the fact that the substance they wanted was prohibited, and therefore controlled entirely by the very people most likely to want to use and exploit them.

Unfortunately it seems that the Prime Minister is completely unwilling to accept that this is the case, and is intent instead on continuing to peddle drug war rhetoric that went out of fashion in much of the rest of the world decades ago. Her outdated and illogical personal opinions, combined with the absolute lack of any drug policy reform or harm reduction measures in her party’s manifesto, sadly point to a future in which the United Kingdom will continue to be left behind, whilst the most vulnerable members of society continue to be exploited in plain sight.

Is Cannabis Really Getting Stronger?

Israel To Decriminalise Personal Use of Cannabis