I spend a great deal of my time trying to persuade people of the need for drug law reform.

At LEAP UK we are part of the growing social movement to bring about change, to save lives and to make our society safer and less corrupt. There are various approaches one can take when speaking or debating drug policy issues. I generally stay away from the issue of comparative harms. In arguing that one illicit drug is safer than another, this risks undermining the basic premise that all drugs can be harmful, therefore we must get them under control.

The issue of comparative harms does have its place of course. Professor David Nutt produced his brilliant comparative harms index in The Lancet in November 2010, and this remains one of the most important pieces of evidence for the debate. In the USA the simple message that cannabis is safer than alcohol proved to be very successful in persuading some of the voting public to support adult recreational use. This has prompted the existence of the organisation CISTA here in the UK and Ireland.

Whilst I still won’t be exploring this topic at my speaking gigs, I find myself needing to write this short piece on the topic of alcohol, in comparison to cannabis. As with any police officer I’ve seen up close just how gruesomely corrosive alcohol is in our society. Almost all of the murders I helped investigate as a detective had alcohol as a core feature. Almost all of the domestic violence was fuelled by booze. I remember taking a statement off one not unusual domestic victim, who described how she knew she was going to “get it” as soon as she heard the first can of beer being opened.

The fact that alcohol is so obviously a destructive commodity is one of the main debating points of those police officers who have thought about drug policy and support the status quo. “You’ve seen the destructive power of alcohol, why on earth would you want more drugs acceptable in our society?” they ask. This question betrays a few incorrect assumptions but at its core it highlights a problem for reformers. Those that don’t have any knowledge of drugs other than alcohol, see those other substances through the eyes of an entrenched alcohol culture.

In my memoir Good Cop, Bad War I exposed the world of undercover drugs policing, but I also shone a light on the police drinking culture. As a young constable I took great pride in the fact that I could drink like a fish, but it wasn’t until I worked with some Drugs Squad officers that I saw the darker side of this tradition. I’ll never forget one night in the 90’s, I started making conversation with one of the Drug Squad detectives in a nightclub, and he bluntly said, ”Fuck off, I’m eyeballing the bouncer!” He was trying to start a fight and I was cramping his style! The irony of a team of drugs investigators drinking vast quantities of booze and publicly getting into fights was genuinely lost on them. 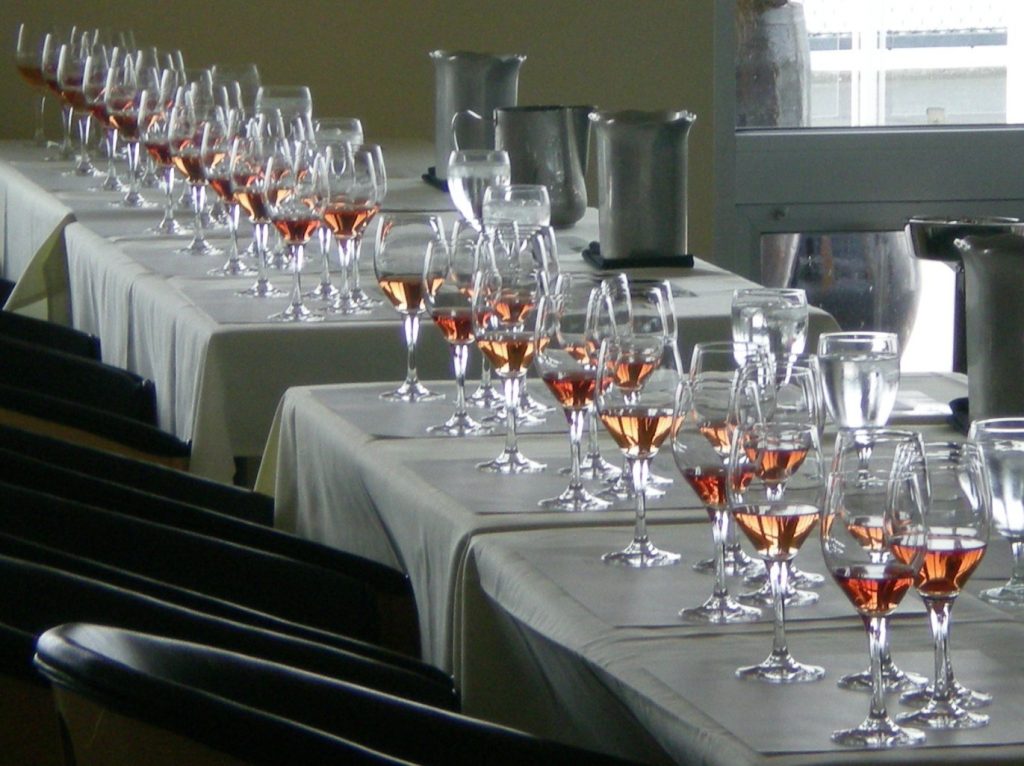 I was invited by my friend and fellow campaigner Tom Lloyd to speak alongside him at an event in one of the colleges at Cambridge University. This was a large gathering with police from all over the world and was fascinating to me. It was a whole world of posh that I hadn’t seen before. At the end of the day’s proceedings, the champagne reception was startling. As soon as one’s glass was empty, as if by magic it was refilled. Later at the dinner, I enjoyed an exquisite meal surrounded by dozens of other guests. There were two wine glasses (one for red, one for white, of course. Silly me for asking.)  I turned down the red when the bottles travelled the tables, but my newly-met companion to the right told me to accept both. “You’ll need it for the toasts!” he explained.

The toasts were an exercise in ritualised indulgence. They went on and on, with each drink precluded by the instruction “Charge your glasses!” and the army of waiters and waitresses constantly filled them.

The over-indulgence of alcohol is traditional in our whole culture, in every class and aspect of society. Okay, most drinkers drink in moderation but the over-indulgence is generally seen as not only acceptable but is treated with humour. The casual acceptance of the costs of alcohol is part of the reason so many of the population refuse to listen to reform views. Collectively, we see the problematic impact of the drug quite clearly, but accept it as ‘just the way things are’. Through ignorance, other drugs are seen as equally dangerous.

With my background, I inevitably see the comparison in policing terms. I have been on the receiving end of so very much violence as a result of alcohol. Never have I been under any threat from anyone who was under the influence of cannabis.

I used to do drugs education in schools for PTA groups. These events were always well attended as parents naturally worry about these things. At one event in Buxton, a father put up his hand up and bravely explained that alcohol makes him violent, so he gave up drinking. His family should be free of such aggression he said. He went on to explain that he now uses cannabis occasionally at a weekend, which helps him relax. This is what helped him give up alcohol he declared. He was telling me this as a challenge, and to make it clear that the law was wrong, as at the time I was a serving police officer.

I’m not convinced that cannabis use would increase in the UK following regulation. While it remains the nation’s favourite prohibited drug, it will always be easy to get. However, if regulation brought about competition with alcohol, and it reduced drinking, how much healthier and safer could our society be? With proper licensed access for adults, perhaps there would be more people like that father at the PTA meeting, for whom the change in drug makes for a happier family life.

Neil Woods is the Chair of LEAP UK and a former undercover drugs operative and Detective Sergeant, with over 20 years of experience chasing the UK’s largest criminal drug dealing operations. Tweets @wudzee0