Ahead of this week’s public ECAN event, we caught up with one of the speakers to find out more about the re-contextualisation of cannabis through design. Former art teacher, Helaku, set out to study graphic design with the sole purpose of working within the cannabis industry. At this event he will be giving an overview of the theories of design and design practises, which he believes have the potential to advance the growing cannabis industry.

“From my perspective it’s like why is something that is nice, popular, and well-known still really difficult? Why is there not the equivalent of a McDonald’s or Nike of the cannabis industry? This plant is really, really popular, as far as I can see.”

His research so far has highlighted a problematic and limiting relationship between the cannabis industry and designers.

This is an issue which he and other designers have experienced working with the cannabis industry, and believes the industry requires a certain level of design speciality.

“I was working for a company which had created a very unique cannabis drink that doesn’t exist on the market at the moment. They brought me in, and I started the designs, but then they didn’t want to take on my consultancy. They wanted me to design what they believed was the best design, even though they’re not designers. They’re not thinking expansively because they were trying to create a product that essentially already exists in the market now, and then put it on the shelves to compete with these other products.This product is a unique product with a very unique selling point, but you’re trying to sell it as if it was another drink. Any other drink? Any of that bottled water? Marwan says that a lot of these companies, and startups, will outsource their designers, but have no long term relationship with them. Their approaches are kind of higgledy-piggledy.”

Through his research he found that there are many parallels between the cannabis industry of today and the pharmaceutical industry during the post-war period.

“My work focuses on the Swiss during that period, and how much they completely transformed the aesthetic feel of the pharmaceutical industry. This was because of the way they worked they worked in these companies, but also because they had an in-house design team. This team of designers gave their input from start to finish of the product.”

This in-house design team not only designed the packaging, but they created an ontological experience, down to the way that the drug is administered. By taking into consideration the holistic design of pharmaceuticals the industry gained trust through the overall experience.

“When the pharmaceutical industry was on the rise there was a designer called Matt Smitt, who was Initially employed as a freelancer, but then once hired created an in-house design department. They had a very methodical way of getting their work to a certain standard because he only employed from two specific schools in Bazell. He then taught them the design principles, which they implemented into the pharacturical industry. Over time those design principles became the pharmaceutical standard for all companies throughout the world. Without Matt Smitts approach there’s a high possibility some of the things we see in the market now just wouldn’t exist.”

He went onto explain how he sought to create an ontological experience with the products he has designed. 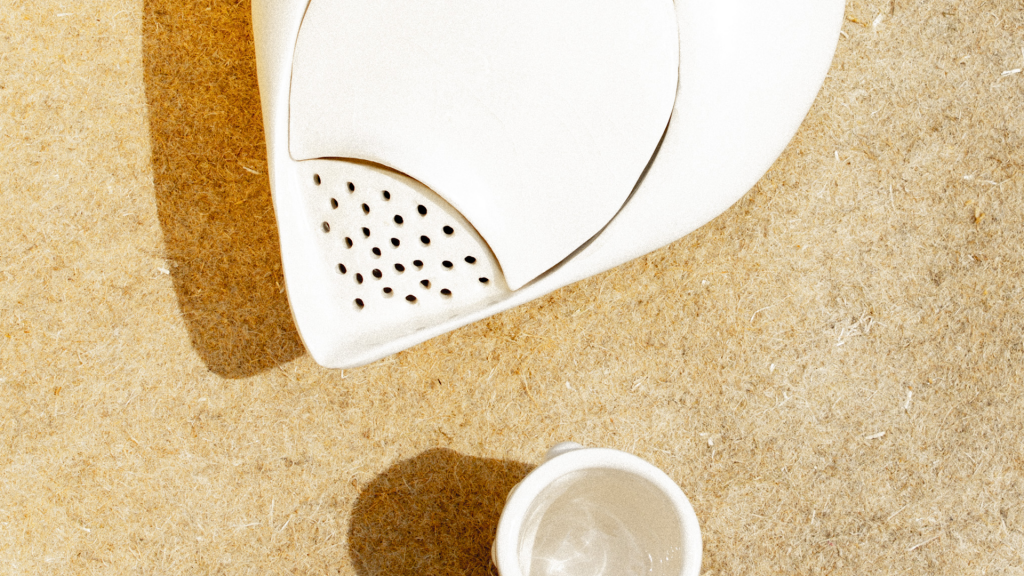 “For my final MES workshop I created a cannabis brand and designed 80 tea sets for cannabis consumption. This tea set was designed around dosages, but also the overall aesthetic was designed with the intention to translate how the endocannabinoid system works in the body. They call this type of design an ontology. It basically incorporates every aspect of your interaction with the tea set. All of these elements were created with the process of essentially having this semiotic relationship with the consumer saw. So I’m trying to imbue this element of science and precision with the branding elements I’ve used.” 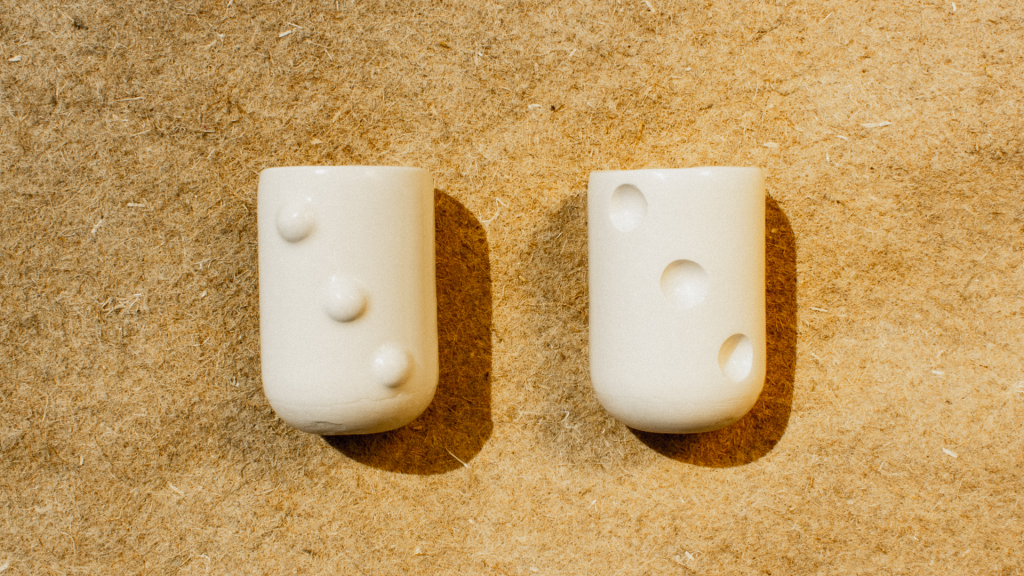 “The design is very unusual, it has no handle, essentially I just leave people to work it out. Everyone who’s used it just uses their natural inclination. That’s the same thing with how I feel anyway that the endocannabinoid system works. When people have cannabis, things happen to you, like your anxiety goes away, or if you were feeling a bit ill it makes you feel better.” 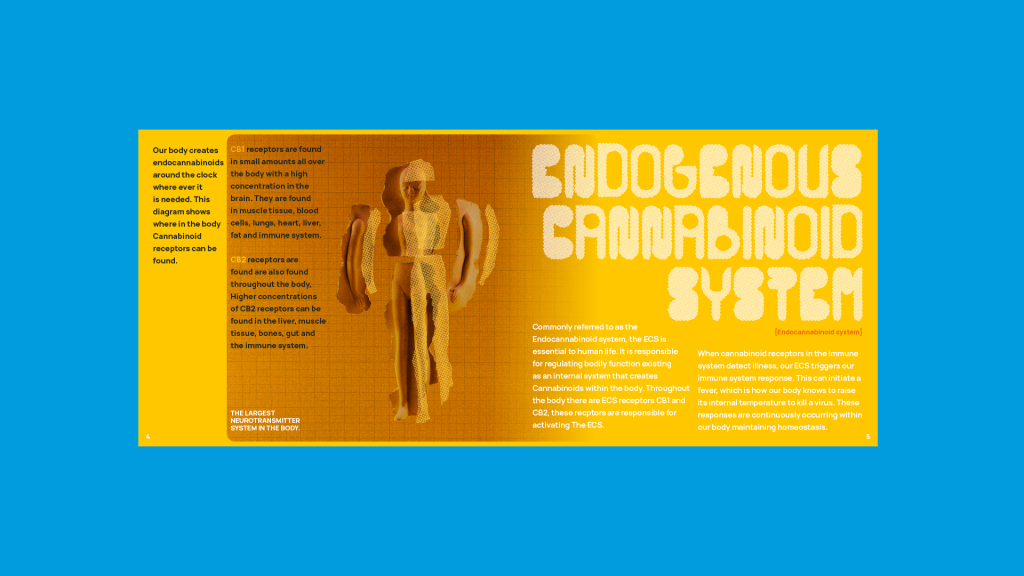 “I’ve seen it on Linkedin, scientists will make a post about a new discovery on the endocannabinoid system. But the infographics are so uninviting and uninteresting, it’s no surprise that the general public have no interest in this; even though it’s most definitely going to benefit them.” 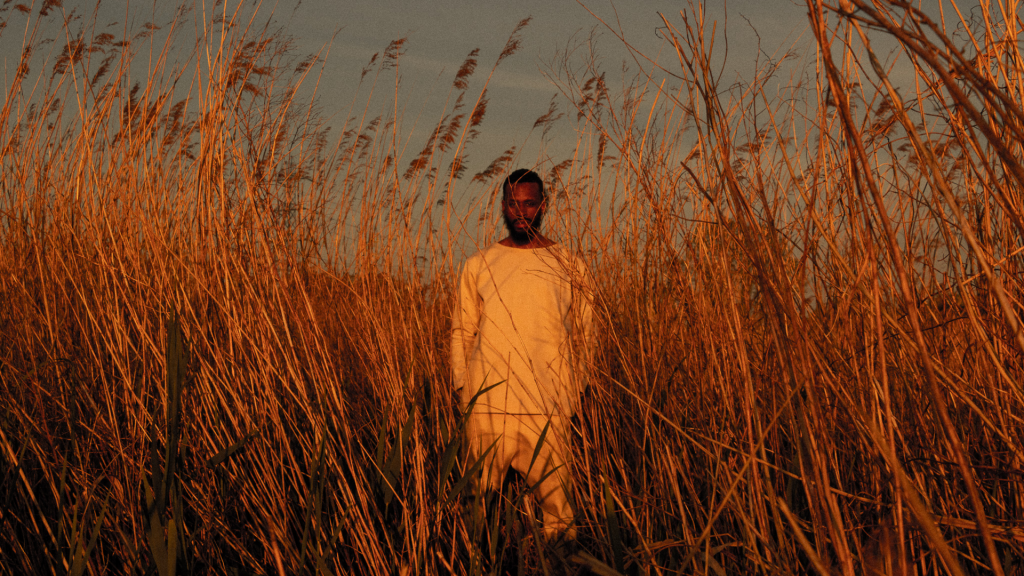 “The hemp clothing is made out of hemp 12, which is basically like hemp denim. As you can see the fit is nice, and it’s marketed in a different way. When I go onto websites I see that the clothes they make with hemp are kind of hippy, and it’s not something that’s going to appeal to those that would actually benefit.”

The importance of designing an ontological experience with cannabis products is related to the stigma and negative associations of cannabis. For the past century cannabis has been presented as a harmful drug, controlled alongside heroin and cocaine. Before cannabis had even arrived in the UK it had been demonised by the police, medical professionals and the media. In advocacy we recognise that these limiting views around cannabis prevent progressive reform, and perpetuates harm. It’s clear that even beyond reform and regulation industry will need to consider the ontological experience of their products, in order to appeal to potential consumers who still view cannabis negatively.

“In my research I found that the people who are actually going to benefit the most from cannabis products are people over the age of like 30-35. However, this demographic is also least likely to change their opinions on cannabis.”

He highlights that the cannabis industry has the ability to re-inform the perception of what cannabis is, and what it can be. But as it stands the relationships which companies have with designers are not conducive to reframing these views

“I think that is essentially where the market is falling short. There’s so much potential in this industry we’re missing out revenue and jobs. I’m here as a designer, who’s literally, at some points, volunteering my services to these companies. But they’re not interested because their perception of design is very dismissive.They are mostly focused on legislation, and how they’re going to get it onto shelves. Of course all these things are very important. However, once it gets to the shelf it looks like every other product. There’s nothing that indicates to the potential consumer that this interacts with your body in a completely unique way.”

While it seems that the adoption of an in-house design team would greatly benefit the cannabis industry, Helaku is unsure whether industry will recognise this and take this approach without the influence of designers.

“I think it’s going to take someone like myself to take the reins. Then it will only take one or two companies to adopt an in-house graphic design team, and then you will see the difference in quality from them and the others. But rather than it being something that we can hope will happen soon, I think there has to be someone that takes the initiative and kind of forces it to happen.”

We look forward to hearing more from Helaku at Friday’s event. If you are interested in joining these discussions on the re-contextualisation of cannabis through design, tickets for the event can be found here.

The Volteface Podcast: People, Dancefloors and Why Drug Reform Needs a Shake-up

Cannabis Reform In France: Public Consultation On Adult Use