Barely a week has passed since we launched our own first print issue here at VolteFace, and there is already a new kid on the block. The first UK edition of ILLEGAL! Magazine launches tonight, and we welcome the addition of another fresh and exciting voice to the UK debate on drugs.

The mission statement of ILLEGAL! is clear, as laid out on their first page:

ILLEGAL! Magazine deals with culture and drugs – the positives and the negatives of drug cultures across social classes and all over the world.

ILLEGAL! challenges the war on drugs, because knowledge is mightier than war.

ILLEGAL! wants to shift the focus from drugs to the person and pushes for the decriminalization of people who take drugs.

ILLEGAL! is the brain child of Michael Lodberg Olsen, a social activist who first created the magazine in Denmark, now on its eighth issue. The magazine has since been imported into the UK by Louis Jensen, Editor-in-Chief of the UK edition.

Besides providing a fresh, informative and stylish platform for discussions on drugs and culture (a move which has been slammed by tabloids for promoting drug use), ILLEGAL! Magazine aims to directly help those most affected by drug use and the accompanying punitive drug laws. The magazine is sold on the street by people who have become dependent on drugs and other marginalised groups, wish £2 of each issue sold going directly to the vendor. As described on their website:

We can’t change the law – but we can empower the society with knowledge and we can help the most marginalized drug users, who have become dependent on illegal drugs, to be less criminal: ILLEGAL magazine is a helping hand to those drug users who have become dependent and forced into criminality or prostitution to get their next fix. ILLEGAL is also sold by others street minorities. They sell the magazine on the streets of Copenhagen and now London. That’s their job.

Help them – buy the magazine and make them a bit less criminal!

VolteFace are proud to support ILLEGAL! and will be running a regular column of highlighted articles from each edition, the first of which you can read here. If you see someone selling it on street, we recommend you buy a copy to find more great stories. 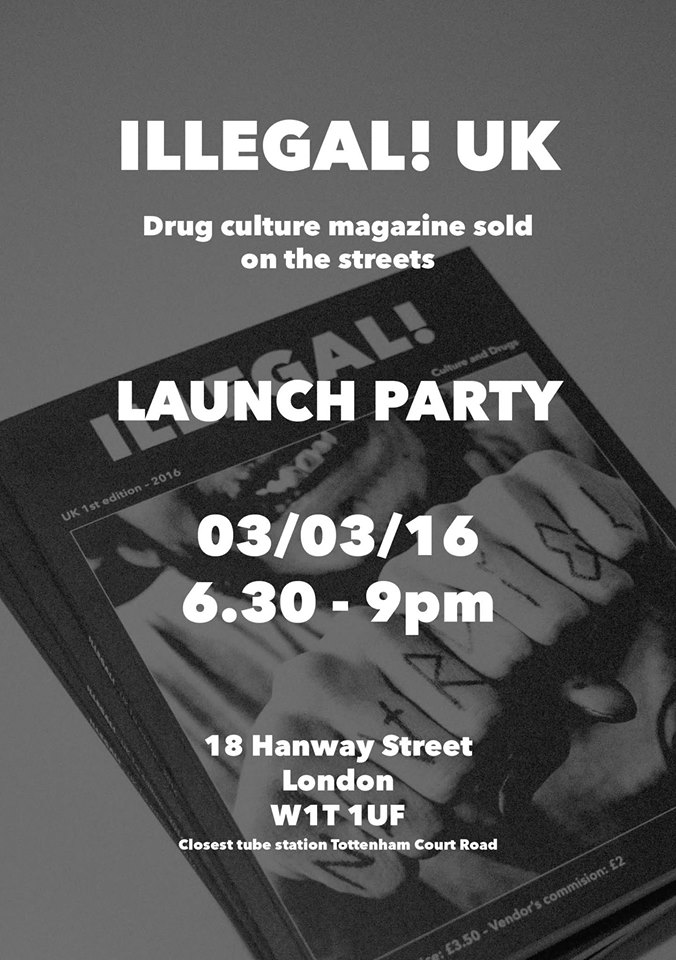 The first issue launch party will take place tonight in central London, we hope you can make it along to support this great venture.

An Announcement of the Literary Variety