A new study has revealed that the legalisation of medical cannabis in all US States bordering Mexico decreased the overall criminal activity in areas closest to the border.

Mexico is the largest supplier of cannabis to the United States, with seven cartels constantly disputing the shares of the market. And the market is big, with an estimated 55 million consumers.

Once medical cannabis became legal in all States bordering Mexico, a decrease in crime would logically follow, as the part of the population that previously had to break the law to get their supply of cannabis for therapeutic use – committing drug offences in the process – would no longer be doing so as the drug would be available to buy through a legally regulated market.

However, what the study shows is that crimes such as homicides, robberies and other aggravated assaults have also significantly reduced.

In all States bordering Mexico where some form of medical cannabis is legal, robberies decreased by 26% whilst homicides and assaults dropped by around 11%.

This data suggests that the crimes occurring in the areas close to the Mexican border are mainly drug-related.

The researchers found that the reduction in homicides correlates with the decrease of drug offences, juvenile gang activity and robbery, suggesting that “the drop in crime is related to activity in drug markets”.

This finding, though, is nuanced. Indeed, the significant drop in crime – which varies between 15 to 25% – is mainly felt in the counties within 350 km of the border. In counties and States further from the border with Mexico, the decrease in violent crimes is insignificant.

How, then, can this decrease in violent crime be associated with the legalisation of medical cannabis? 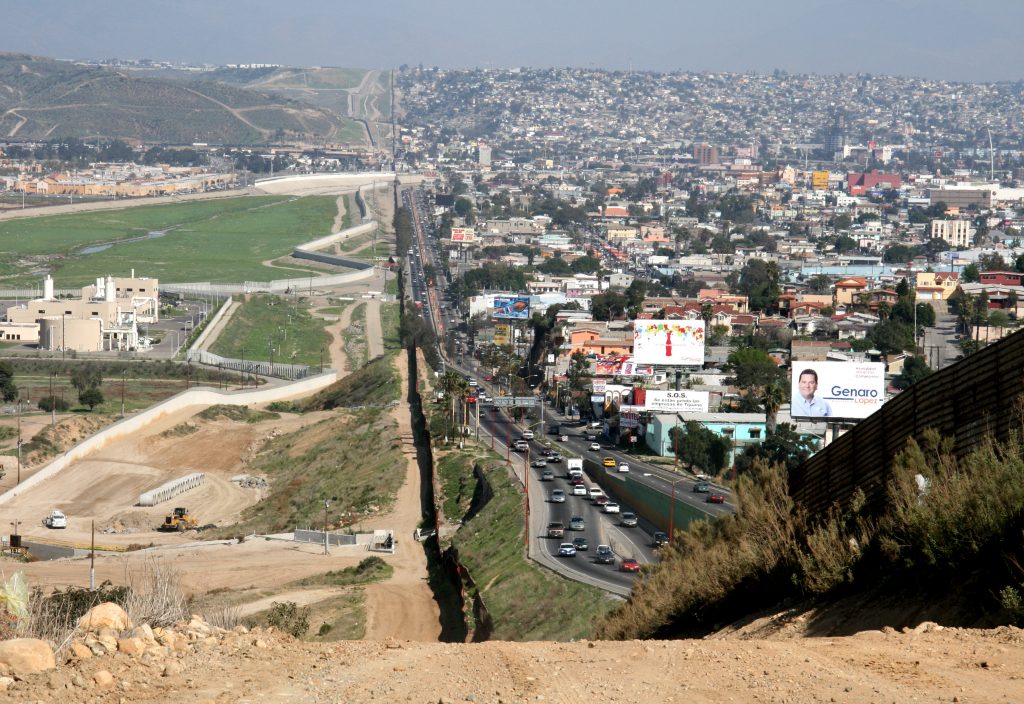 As their capacity to be relevant players in a legal market disappears, exposed to legal competition approved by the public health bodies and protected by the police authorities, drug cartels reduce their imports of cannabis in the US and therefore the crime that has been associated with it decreases as well.

Whilst there is anecdotal evidence that drug trafficking organisations do go on to deal with other drugs such as cocaine and heroin – or that some are switching to other criminal activity unrelated to drugs (e.g. human trafficking) – “none of these activities exhibit the same scale and profit commonly associated with the trafficking of marijuana”.

This lead the researchers to find that the full legalisation of cannabis in States such as Colorado and Washington “will have an even stronger impact on drug trafficking organisations as large-scale marijuana production facilities are erected in these states”.

The researchers concluded the study by saying that “the case for medical cannabis laws provides an important lesson for policy makers. Drug markets are well known for their violence. However, in the case of marijuana when the supply chain of the drug is legalized, or at least decriminalized, a lot of the violence disappears and the business of organized crime structures is hurt”.

Making the case for the UK

In the UK, most of the cannabis sold on the black market is cultivated within the country. But that doesn’t prevent violence from taking place either.

Neil Woods, a former undercover police officer who spent 14 years infiltrating drug gangs, said that “even though the cartels of Mexico are not comparable to UK drug gangs, the introduction of medical cannabis laws would see a significant drop in violent crime here as well.”

The violence emanating from the black cannabis market in the UK often takes the form of cannabis supply robbery between gangs, as can be seen between cartels near the Mexico border in the US.

“Among drug gangs you’ll find some people whose role is to steal other people’s cannabis and that sometimes creates violent crime,” Mr Woods said.

“Violent crimes associated with cannabis also include retaliation when someone is unable to pay their debts. It’s important for the reputation of a drug dealer to be known as violent, otherwise they don’t get their money back and risk to be overrun by more violent dealers. This is the norm, how the illegal market works. It could literally just end with the regulation of the adult cannabis market. The violence could be significantly reduced by allowing medical cannabis.”

Journalist Max Daly has also written that violence is “a vital tool used by drug gangs to send out a message to both the law-abiding and criminal communities: they are not to be messed with.”

UK drug gangs clearly don’t have the same influence as the main Mexican cartels have, but their methods are similar and the impact the introduction of medical cannabis laws have had in the US could well be replicated in the UK.

As a legal supply chain appears, the capacity for illegal players to stay relevant decreases and so do their margins. And, with this, the violence associated with their drug trade decreases as well.

Pierre-Yves Galléty is a Communications Officer at Volteface. Tweets @PYGallety

Getting Back To Basics