Her Majesty’s Inspectorate of Constabulary and Fire & Rescue Services published their annual report on police legitimacy in the United Kingdom today. Despite being positive on the whole, the report warns that the targeting of stop and search leads to discrimination and undermines the legitimacy of police forces in the UK. 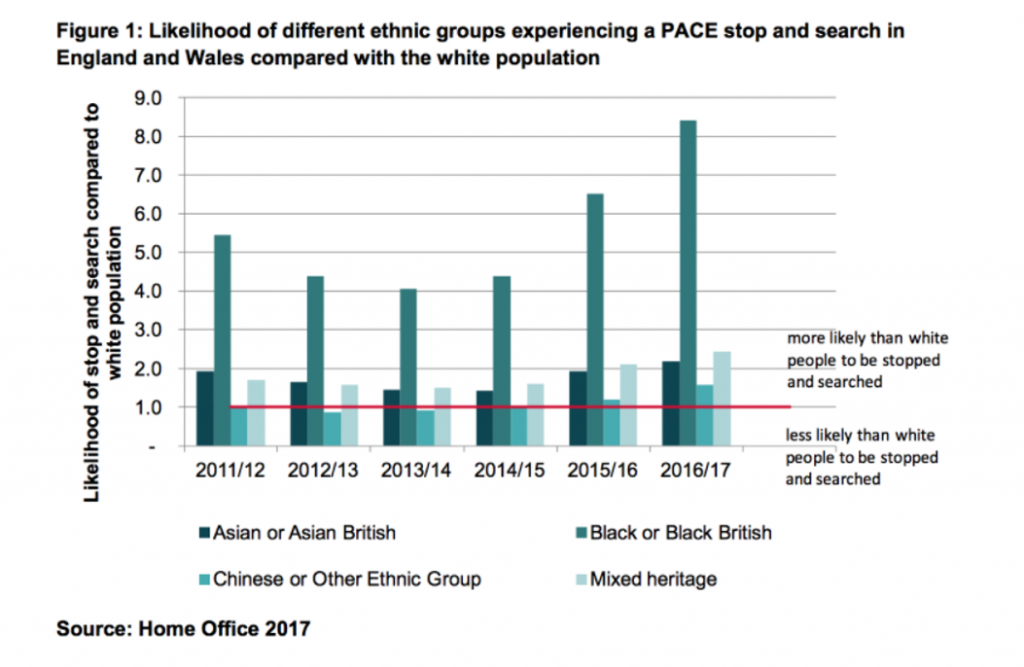 This is not a new piece of information in the debate about stop and search. A report published by Release, The Numbers In Black And White, already comprehensively tackled the issue well before HMICFRS’ report was published. However the latter gives unprecedented data on the results of these searches. In the UK the “find rate” of drugs on white people is 33% compared to 26% on black people, which suggest that the grounds on which police forces decide to stop and search on suspicion of drug possession are race-biased.

Whether this bias is conscious or unconscious, this new study calls into question the legitimacy of police forces, and “threatens trust and confidence in the police” the police watchdog reported. Mike Cunningham, HM’s Inspector of Constabulary, added that “forces must be able to explain the reasons for any disparity in their stop and search figures if they are to enhance the trust and confidence of all communities.”

HMICFRS recommend to implement training to tackle this unconscious bias but, relating to drugs at least, their critique should not stop there.

This report calls into question the very effectiveness of stop and search relating to drugs. In the long run, trying to use over stretched police to police cannabis is not a viable answer.

Considering the new threats the United Kingdom are facing, such as domestic terrorism, stop and search seems more pertinent when searching for knives, guns, or bombs. The whiff of cannabis is in no way a reliable indicator of possession of an offensive weapon.

This report is a new addition to the overwhelming mountain of evidence showing that the criminalisation of cannabis possession is an abject failure, which encourages discriminating practices by police forces. As police resources have diminished, it is time for police constables and other authorities to consider supporting the regulation of cannabis in the UK, that would allowing them to focus their resources on new priorities, in particular: vulnerable people, domestic violence, and terrorism.