On 10th February 2017 Ireland moved one step closer towards the government’s stated policy of dealing with drug use as a health issue and not a criminal justice one, as the ‘Misuse of Drugs Act (Supervised Injecting Facilities) Bill 2017’ was published.

When enacted, the Bill will provide a legal framework under which supervised injecting facilities (SIFs) will be permitted in Ireland. Such centres have been shown to decrease unsafely disposed drug paraphernalia, increase health outcomes for service users and save the state money on costs related to overdose.

The Irish Government has specifically earmarked funding for a pilot centre in the national budget for 2017, and the Health Service Executive have committed to establishing such a facility in the HSE National Service Plan. In late January, the Ana Liffey Drug Project held a policy summit in Dublin at which the operation of SIFs was one of the topics discussed. The guest of honour at that event was the former President of Switzerland and Chair of the Global Commission on Drug Policy, Madame Ruth Dreifuss. Established in 2011, the Global Commission on Drug Policy is a key international reference regarding the impacts of the current drug control strategy, proposing innovative and effective policy recommendations that protect human rights, scale-up harm reduction and promote development. It is composed of political leaders and leading thinkers from across the political spectrum. Mr. Kofi Annan, another Commissioner, has previously noted that, “I believe drugs have killed many people, but bad drug policies have killed many more”.

According to legislators and civil society leaders in Ireland, the legislation is a move towards better policy here. Ana Liffey has championed the provision of Supervised Injecting Facilities in Ireland since 2012.  Seeing, on a daily basis, the damage injecting drugs does to the people we work with is extremely distressing. We worked closely with many people to help get things to this point. In particular, we have benefited from the support of the Voluntary Assistance Scheme of the Bar of Ireland in producing an early draft of the legislation, as well as statutory and governmental structures that are open to hearing from civil society actors. We are very happy to see the legislation being progressed and we have called on all TD’s and Senators to support the change to the law as the legislation moves through the Oireachtas. The health of drug users is not a matter for political points scoring. One person a day dies from overdose in Ireland. 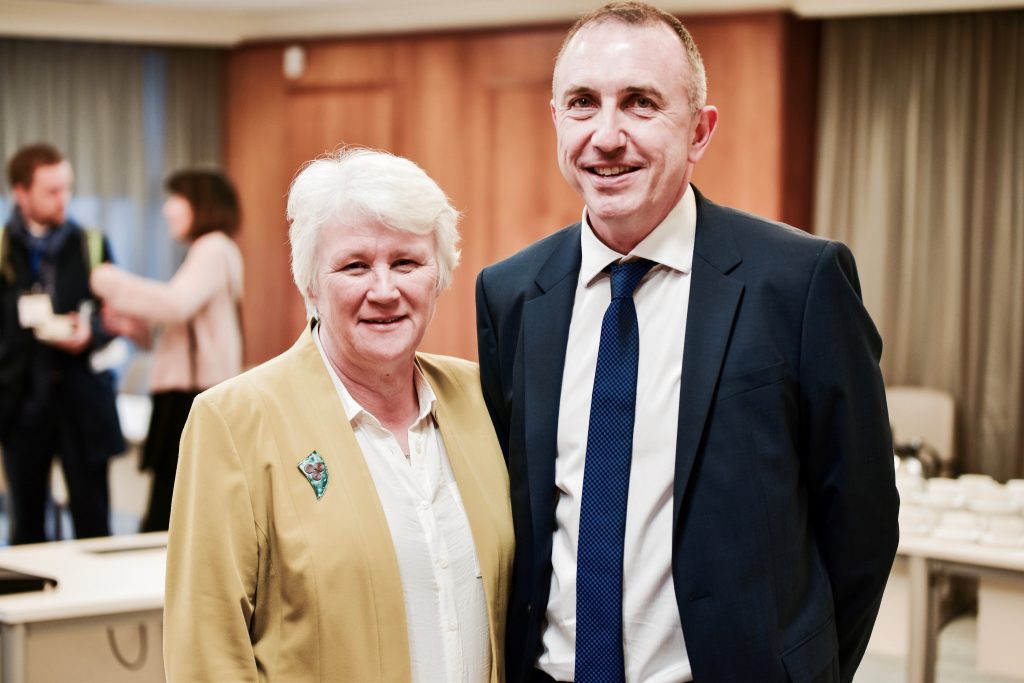 We acknowledge that it is counter intuitive to some people, but the evidence is very clear these services improve the amenity of the area they are established in; they save lives, they keep people healthier; they move people through to treatment and rehabilitation faster; and they save taxpayers money.  Dublin, and Ireland, has a serious problem with drug use and has had for decades. Public injecting is a clear and visible issue and is not going away.  We’re proud that Ireland is choosing to deal with the problem in an evidence based way that will lead to a better situation not only for drug users, but also for our tourists, businesses, statutory and voluntary services and the general public.

The view of the efficacy of supervised injecting as an intervention is shared by experts across the treatment spectrum in Ireland. Pauline McKeown, CEO of Coolmine Therapeutic Community noted that:

“Coolmine Therapeutic Community was established in 1973 as the first drug treatment and rehabilitation service in Ireland, and we have journeyed through every decade of Ireland’s worsening drug problem.

Over the past 44 years, we have treated many people who had been injecting drug users. It’s clear to us that the provision of Supervised Injecting Facilities in Ireland is long overdue. People who inject in public are isolated and it is very difficult to get people in that situation through to services.

We need to make treatment accessible for people. Supervised Injecting Facilities will help to get people through to treatment and rehabilitation services earlier on in their drug taking careers.

Supervised Injecting Facilities keep people alive and healthier; and for many people such facilities will be the first rung on the ladder to existing treatment and rehabilitation services.”

One of the challenges we face is getting this message across to the public – to dispel myths and address any misrepresentation.  We know that Supervised Injecting is not a panacea, but we will better manage the very difficult situation of public injecting of drugs in Ireland – reducing harm to the individual, their families and the wider community.

Tony Duffin is the CEO of the Ana Liffey Drug Project.