Young People At The Oval

On the 3rd July, Addaction held their first ever National Young Person’s Conference, on the fantastic backdrop of the Oval cricket ground in London. It was organised so that young people and professionals could have the opportunity to feed into how Addaction shape their services and it also gave other organisations, such as Volteface, an insight into what they do.

The proceedings kicked off with a panel of young people (under 18s) who had accessed Addaction’s drug or mental health services. They spoke eloquently about all the pressures on young people in today’s society and what support they feel they need. Three of these people have become spokespersons and starred in a promotional video, entitled Step Out of the Crowd, where they bravely spoke out about their experiences with mental health and how they sought help through the Addaction Mind and Body Programme.

Next, there was a presentation from Sarah Brennan, the CEO of Young Minds, on Addaction’s report entitled “Childhood adversity, substance misuse and young people’s mental health”, which was written in collaboration with Young Minds. The launch for the report coincided with the conference, because its findings link into Addaction’s work with young people. The report draws links between childhood trauma and later substance misuse – for example, it found that children who face four or more adversities were twice as likely to binge drink and 11 times more likely to go on to use crack cocaine or heroin.

The view over The Oval (Source: Addaction)

What followed was an hour-long ‘Conversation Café’, during which the conference attendees rotated between tables, with six minutes at each table. A service which stuck out was one offering integrated youth provision in Halton which offers a wide range of different services under the same umbrella: School drop-ins for low-level intervention, specialist drug services, an LGBTQ group, a group for young people with learning needs, outreach teams, groups for children in care, a teens and toddlers group, among others. An excellent example of how services can be truly integrated and not let vulnerable people slip through the gaps.

Another powerful conversation was about HEART (Helping End Abusive Relationships in Teens), where we heard from two young women about how the service had transformed their lives. The close bond between the women and the Addaction worker who had helped them was so clear, with one saying “I used to have self-destructive patterns. After I met Sharon I started making progress. Even when I’d go back she never gave up on me.”

After lunch, there were three workshops to choose from: ‘What does a brilliant service look like?’ ‘What do we want from digital services?’ ‘How do we address the gaps in adolescent mental health provision?’ All these were collaborative brainstorming exercises, led by Addaction staff and gave everyone some food for thought. 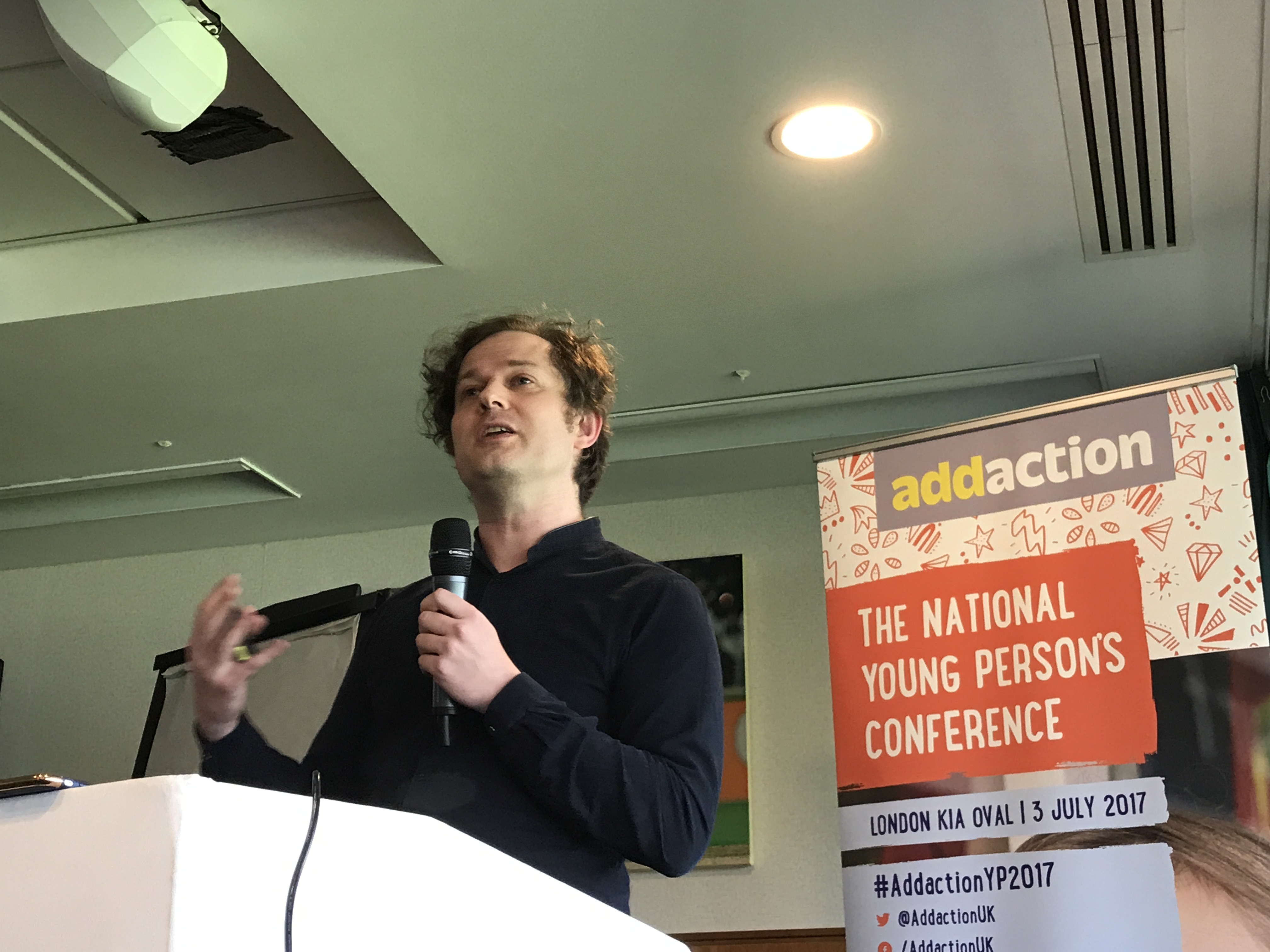 Towards the end of the day we heard from Dave Reeve, the Associate Director of Addaction, followed by a short lecture from Professor Harry Sumnall on Health, Social Function and Wellbeing. Then Shirley Cramer CBE, Chief Executive of the Royal Society for Public Health presented their new report called ‘#Statusofmind’ that looks at social media and young people’s wellbeing.

The report “#Statusofmind’ found a link between social media use and rates of depression, anxiety and poor sleep, and that 7 out of 10 young people say they have experienced cyber bullying. On the other hand, it improves young people’s access to health information and they also felt more emotionally supported through their contacts. The report also looked into which social media platforms were the best for mental health, with YouTube coming out on top and Instagram having the most negative effects. There were a number of recommendations including a pop-up heavy usage warning for social media and an icon indicating when photos have been digitally manipulated.

Finally, we had come closing words from Mike Dixon, the new Chief Executive of Addaction, who gave an optimistic speech about the future of Addaction and their young people’s services.

The conference was an informative, eye-opening experience and it was fantastic to see the young people getting involved to try and help others like them. It really brought home how these services do have the capacity to change lives and Addaction’s overt desire to always be improving what they offer is admirable. Many organisations could take a leaf out of their book.