The Independent reports that Rodrigo Duterte, elected president of The Philippines in May, has pledged to continue his brutal campaign to eradicate drug dealers and users.

[..] nicknamed “Duterte Harry” for his zero tolerance approach to crime, Mr Duterte reiterated his warnings about drugs in the nationally broadcast speech, describing the country’s rampant narcotics problem – including monumental rates of methamphetamine use – as “staggering and scary”. Some 120,000 people had surrendered to police in the past month as a result of his crackdown, 70,000 of them drug dealers, he claimed.

As a result of Duterte’s very literal ‘war on drugs’, the death count has now risen to over 240, with further casualties amongst suspected drug dealers and users appearing inevitable.

During Duterte’s inaugural State of the Nation address, the former mayor of Davao urged police and state-supported vigilantes to not just merely continue, but intensify their violent activity:

The president praised the police for their exertions. “There will be no let up in this campaign,” he promised, urging: “Double your efforts. Triple them if need be.” 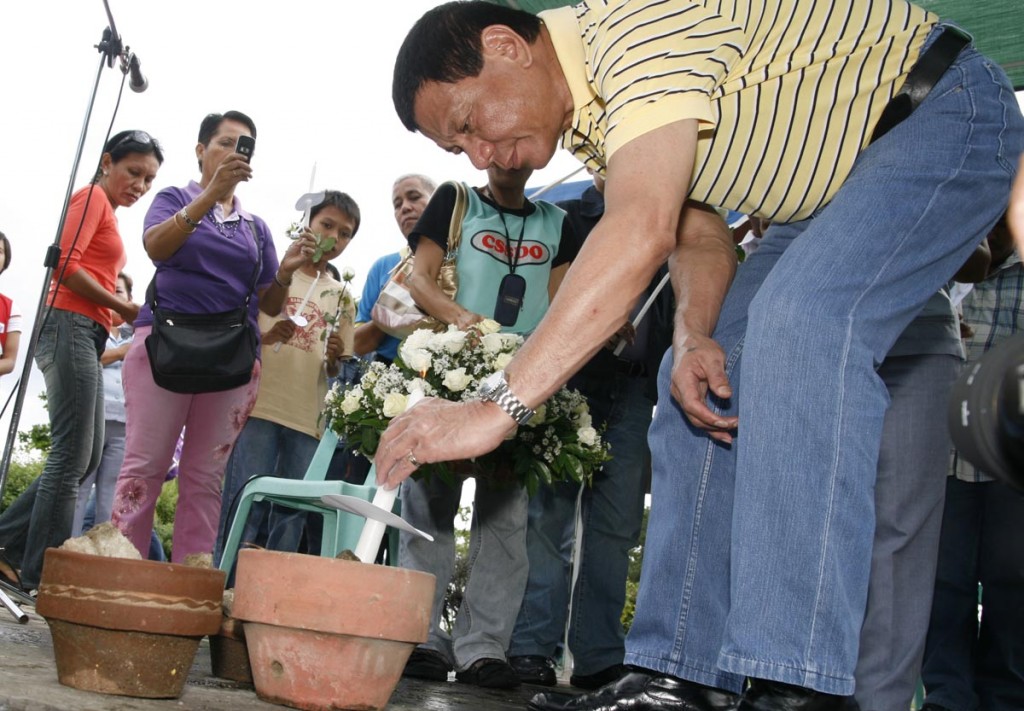 However, pre-eminent Filipino newspaper The Standard have published an article in support of Duterte’s ‘war on drugs’, attempting to justify the president’s measures as the appropriate solution to the inexorably intermingled problems of crime and drugs.

While there is yet no official study linking drug use or the drug trade to crime, it is good to consider these figures. The number of reported index crimes—particularly murder, homicide, robbery, theft, rape and carnapping [sic] —rose steadily from 2012, reaching a 300-percent increase until 2014. In the first six months of 2016, the crime rate in the Philippines was reported to have increased by 46 percent compared to the same period last year. In contrast, three days ago, the Philippine National Police reported a decrease in the rate of crimes, attributing it to the PNP’s intense anti-drug campaign

[..] With the number of drug offenders who are arrested or killed or who surrender, people should start feeling more safe as they walk the streets. The masseuse who regularly comes to our house, for instance, used to sleep over until daybreak for fear of commuting at night. Now, she goes home even late at night, feeling more secure in the thought that thousands of drug users and pushers have surrendered and are no longer plying their trade in the place where she lives.

The op-ed serves as a hollow, half-hearted justification, the cheerleading of violence as a solution to violence appearing horribly reductive. It does more, I argue, to evoke the air of fear and paranoia causing media elites to feel obliged to tow Duterte’s rancid party line.

Indeed, Duterte’s project teeters on the brink of becoming akin to an extermination of the unwanted in pursuit of stability. Indeed, ‘fighting for peace’, much as the stalwart ‘war on drugs’ aphorism is revealing itself to be paradoxical and futile, albeit with devastating consequences for Filipino citizens, whose president is setting a very poor example to the rest of the world.

In The Loop: Harm Reduction and Drug Testing Take Centre Stage on the Airwaves