There’s no such thing as a current overview of drug trends: “By the time they’re published, most official reports are way out of date,” says freelance journalist and celebrated Narcomania author and columnist Max Daly, explaining the impetus for “Highways and Buyways.”

Providing insights about “the myriad patchwork nature of the UK drug market” – in as close to real-time as possible – is a quest which Daly has undertaken almost yearly since 2004 (then going by the name of DrugScope).  To scale the mountain of research needed to render an up-to-the minute portrayal of our psychoactive zeitgiest, Daly teamed up with DS Daily editor Jackie Buckle, who partnered with writer, journalist, editor, and drug and addiction expert Harry Shapiro to launch DrugWise in 2016.

With a turnaround time of just two-months between conducting the phone, email and face-to-face interviews with representatives from 32 drug-related organisations and 13 constabularies that contributed to this first DrugWise report and its publication, Daly and Shapiro have cutting-edge trend-spotting in the baggie. However, drug scenes can “vary enormously within one region or city,” so the report draws on perspectives from some 26 areas in its intent to convey “a broad sweep of the UK.” 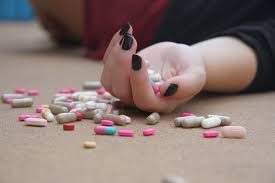 As well as varying between locations, the drug market evolves constantly due to innumerable -and often immeasurable- factors, including its reaction to policy changes, mutating manufacture methods and kinks in its supply chains. Some of these fluctuations are provoked by factors outside the UK: Ketamine, for example, which went through a “drought-period in 2014/15 due to a huge seizure and law-change in its primary country -India” made a robust comeback in 2016, galloped beyond its former popularity within the music scene to become a stalwart presence on university campuses. Daly traces the UK’s replenished stocks back to China’s underground labs. 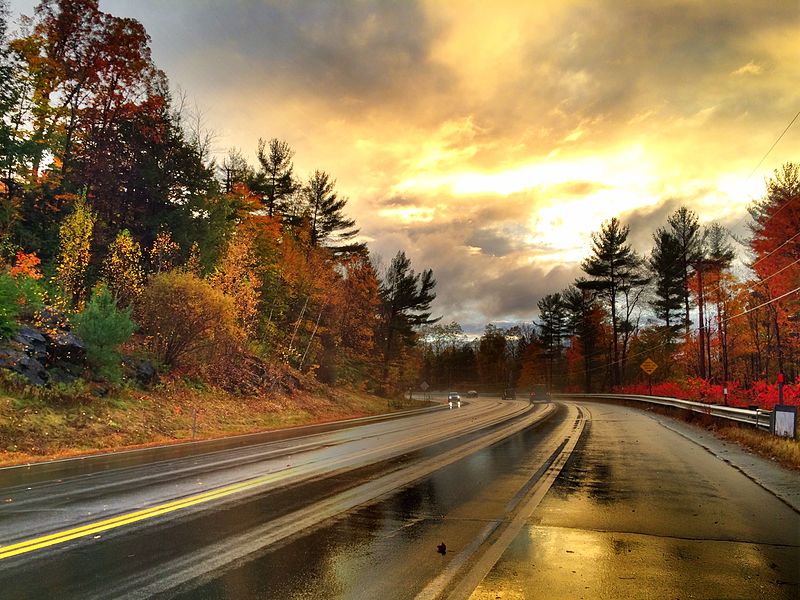 Another trend 2016 has seen is an increase in the number of people seeking treatment with cannabis as their primary drug-problem. One London treatment-centre said cannabis-users made up 70% its tier-3 core drug service. The report avoids aiming blame, as the cannabis market is “fragmented with unclear distribution lines,” but there is a telling focus on the prevalence of stronger cannabis -in its more high-THC forms- such as the resin extract “shatter” and the “ubiquitous” skunk. One respondent from a Southwark treatment centre said: “80% of our clients are here for skunk problems. People sorting out their own grows in spare rooms, buying seeds and hydroponics over the web […]. Their favourite blend is Amnesia (‘Ammy’). Impact on their mental health, hearing voices and hallucinations.”

Surveying the markets in 2016 presented DrugWise with a particular, new challenge: gauging the impact of a new nationwide UK drug policy, the Psychoactive Substances Act (PSA). This ‘blanket ban’ -which renders it illegal to sell, distribute or manufacture any substance capable of producing a psychoactive effect, (with a few specifically exempt and contentiously negotiated drugs such as alcohol, coffee and, after some deliberation, poppers)- was “intended to nullify the cat and mouse game between underground chemists and the law whereby molecules of successive [New Psychoactive Substances] NPS could be tweaked to remain outside the Misuse of Drugs Act.”

Did the ‘blanket ban’ achieve its aims?

Sociologist Karenza Moore very astutely predicted in 2015 that, from a public perspective, the PSA would be “just another ‘war on drugs’ disaster” as there isn’t “anything like sufficient funding for drug education, harm reduction, outreach, and mental health and drug treatment services to help people who may be in trouble with psychoactive substances, not least those in our prisons.” Luckily for Theresa May, who was principally concerned with thwarting the NPS-producing chemists, the PSA can be said to have fulfilled its “primary purpose,” in the sense that:

“According to interviewees who are in contact with users, many are either returning to strong cannabis or heroin, depending on their previous drug of choice. Users of stimulant NPS are now moving back to traditional stimulants and ketamine.”

Rather than attributing the drop in NPS-related hospitalisations wholly to the impact of the PSA, the DrugWise report shrewdly draws a distinction between areas which had experienced great numbers of incidents due to NPS and others which “never had significant problems with any NPS even before the PSA came into effect.” They surmise “it is possible that at least in the community rather than prisons, the media’s apparent obsession with ‘legal highs’ have a false impression of the true scale of the problem.” The prevalence of accidents related to synthetic cannabinoids (Spice) in prisons obviates an overall conclusion that supply has been strangled and harms reduced; Leeds prison continues to report 30 ambulance call-outs a week.

The limited availability is NPS has, inevitably, caused an overall decrease in related hospitalisations. However, the disappearance of NPS from the market has resuscitated the demand for traditional -and more medically well understood- substances. In 2016, these presented a different problem: MDMA, cocaine, crack and heroin reached “unprecedented levels” of purity last year, such that typical-looking doses regularly turned out to be lethally strong. In the case of MDMA/ecstasy, this is not entirely accidental: one Dutch informant in the report describes chemists competing to produce the highest dose!

As Moore predicted, it is indeed the most vulnerable people, not the ravers, who have been hit worst by NPS-related problems beyond the introduction of the PSA. These are people experiencing problems that the PSA was never designed to address, and, which, in some cases, it has created. Acknowledging that the “Spice epidemic” in prisons is a separate topic, this report examines the problems faced by spice-users as they unfold on the UK’s highways and buyways. For example: how do you go about “quitting” when the support centre which would previously have given you a bed for the night and offered you the chance to connect with public health services has been compelled to adopt a ‘zero-tolerance’ policy to former ‘legal-highs’ and has no option but to turn you away? 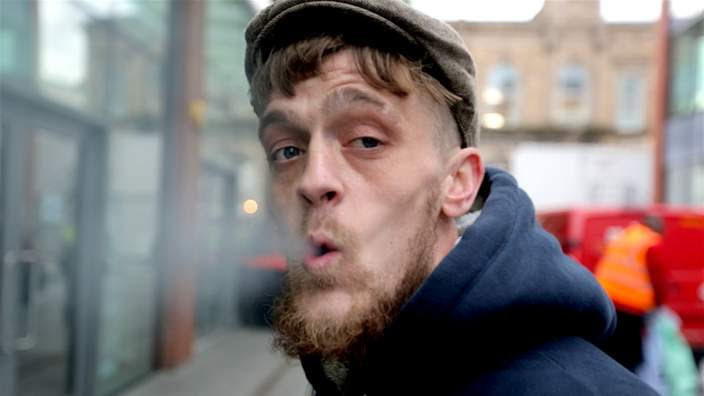 This is exactly the circumstantial shift which Liam, the central focus of BBC Drugs Map of Britain’s first episode, “Wolverhampton: Getting Off Mamba” will now be experiencing. For a pre-PSA impression of the UK’s homeless, Spice-using demographic, the report draws on Josh Haddow’s candid documentary survey of Britain’s drug use dynamics. This footage is incredibly valuable in the sense that it is insightful, honest reporting, and because of its timing. It provides a different “snapshot” in time to that covered by “Highways and Buyways” and therefore highlights the disparity in the public services that are available to people like Liam, before and after the ban came into effect. At least Liam -the main focus of the documentary- visits various support services over the course of the period filmed- many of which, unless he manages to wean himself off Spice unaided, he will now be denied.

“Does [Spice] make you feel nice? Well, it makes me forget about the things I don’t want to be thinking about, like being homeless, having no family and no friends, no help, no nothing.” [Liam – Drugs Map of Britain]

Spice was categorised as a Class B drug, like cannabis, according to the Misuse of Drugs Act, in December 2016. The problems faced by those addicted to it have worsened now that it has gravitated to the illegal market, including a tendency towards more dangerous and violent exchanges between dealers and customers, with spice dealers who are “also users” typically demanding “all” their customers’ finances, rather than selling at a fixed price. There is a sense throughout the report that Spice has become the most problematic drug, in terms of both its harmfulness to users, and to others. Support workers report that users become trapped in a problem cycle, returning to Spice to dull the pains of homelessness’ other defining elements.

For Daly, the complications that have surrounded street use of Spice since the PSA’s introduction have provoked the most troubling emergent trend in 2016: homeless people are using Spice to quit heroin, and ending up addicted to it. As one drugs worker in Manchester explains:

“Spice has been a big thing among heroin users in Manchester. They are using it to help them cut down on heroin, it works for them because it knocks their head off, bit like a detox, but then some have ended up getting a spice habit. And because some were using heroin as an anti-psychotic, it means spice has been really bad for their mental health, ended up in psychiatric units and then back onto heroin. But then you have what are called the ‘spiceheads’ here, these are younger people who are homeless, come out of care […]. The homeless heroin users try to avoid them as they are too volatile and can be aggressive. Heroin users avoid rough sleeping with them in centre of town car parks, they’ve been bumped off these spots by spice heads.”

Another significant finding – and a trend which “needs careful watching”- is the discovery of a dramatic increase in the non-medical use of prescription and over-the counter drugs, including tranquilizers and antidepressants, and what Shapiro describes as “a total lack of dedicated services” to deal with the problems this presents. The ways OTC drugs can be used for alternative purposes are eclectic and creative; one pharmacist describes:

“[A] 17 year old who had purchased ibuprofen and codeine over the counter [before] following a YouTube video telling him how to extract the codeine from the product then mixing it with alcohol and cough mixture as a means of getting high.”

These figures are alarming, but even more so is Shapiro’s post-hoc qualification that the statistic for those using opiate painkillers and other over-the-counter drugs in a recreational or otherwise unprescribed capacity “probably runs into the millions or at the very least the hundreds of thousands […]. We just don’t know the scale of the problem and I doubt there is much incentive to find out.” 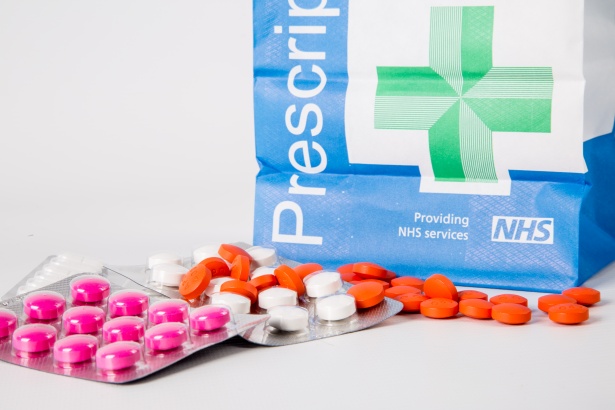 So what needs to happen to protect people in the UK, DrugWise?

“Highways and Buyways” documents the various ways in which the PSA has altered the UK’s drug market, which is what it set out to do. But one of this report’s major strengths is its precise identification of the problems which the flawed thinking behind the substance-focussed PSA was never designed to alleviate: problems which it has exacerbated in its wake.

DrugWise spells out the fact that a catch-all ban on drugs isn’t a catch-all solution to drug-related social problems. Both in the most marginalised areas of society and in more stabilized social structures, the people in these snapshots of drug scenes in 2016 want to alter their consciousness. Regardless of policy changes, even totalistic ones like the PSA, they will continue to do so using the means available.

An interesting, and hopeful, conclusion which the report draws is that the nationwide nature of the opiate-related problems faced by the UK in 2016 might encourage more policymakers to see the country as a whole, replacing the “drug war” mentality of splitting users up into “goodies vs baddies” with an inclusive “public health” approach. More preventative harm-reduction and drug-checking services are needed, and substance-use-related public services need to be available to everybody.

Rosalind Stone is Director of Development for Drugs and Me. She has also written for Psymposia, Talking Drugs, The Stylist and The Londonist. Tweets @RosalindSt0ne

The Former Army Captain Who Built An Online Marijuana Marketplace