Is turning a blind eye making for a more liberal cannabis policy?

“Maybe we already live in a more liberal society because we’re letting people break the law, aren’t we really? That’s what’s happening here. We are kind of turning a blind eye to it… The UK drugs policy is tough on paper, but, in reality, you could walk out of here now and find someone smoking a joint or taking something else. So, is that a successful system?”

In his latest documentary, Cannabis: Time for a Change?, BBC Newsbeat reporter Jim Connolly explores the complexities surrounding cannabis law in the UK and concludes: “When it comes to say weed, do we already have one of the more tolerant approaches in Europe?”

To examine its nuances and move the cannabis debate forward, Connolly considers the arguments for and against legalisation by visiting Sweden and Portugal to witness firsthand how two contrasting approaches to drugs play out.

Back in England, he joins members of the Brighton Cannabis Club at a wholly respectable and completely illegal cannabis-infused meal, and meets Lib Dem leader Vince Cable, who reiterates his party’s commitment to the legal regulation of cannabis.

I sat down with Connolly the day after his film was broadcast. He was pleased with the early reception it had received and said his aim in making the documentary was to highlight how the issue of cannabis is far from black and white.

While he wore his BBC hat as he admitted that “we like open-ended rhetorical conclusions”, my sense was that Connolly himself had been left with more questions than answers through his exploration of the topic.

I asked him whether he believes there is now more of an appetite for films such as his – those attempting to provide a fresh take on a well-worn debate?

“I don’t know whether there’s just not an appetite for a debate on it because we’ve had the debate for years,” he said. “Hence why we tried to look at different aspects of the debate.

“People are interested, but it’s hard to find people who don’t already have an opinion on it and that opinion is probably not going to shift. If you make it an argument about civil liberties, for me, it becomes quite a boring debate.”

Lord Monson, whose 21-year-old son Rupert Green committed suicide earlier this year, is featured in Connolly’s documentary. The hereditary peer believes his son was driven to take his own life after suffering psychosis as a result of an addiction to highly potent cannabis, which is the most readily available from street dealers in the UK. He has now started a campaign to legally regulate cannabis, believing high potency strains should be banned while less potent versions of the drug – containing balanced quantities of the chemicals THC and CBD – should be legalised.

“When you have the conversation you have with someone like Lord Monson, whose son had the tragic consequences that he blames on high potency cannabis, it would have been irresponsible not to try and explain the science behind it, which I don’t think many people have considered,” Connolly told me. 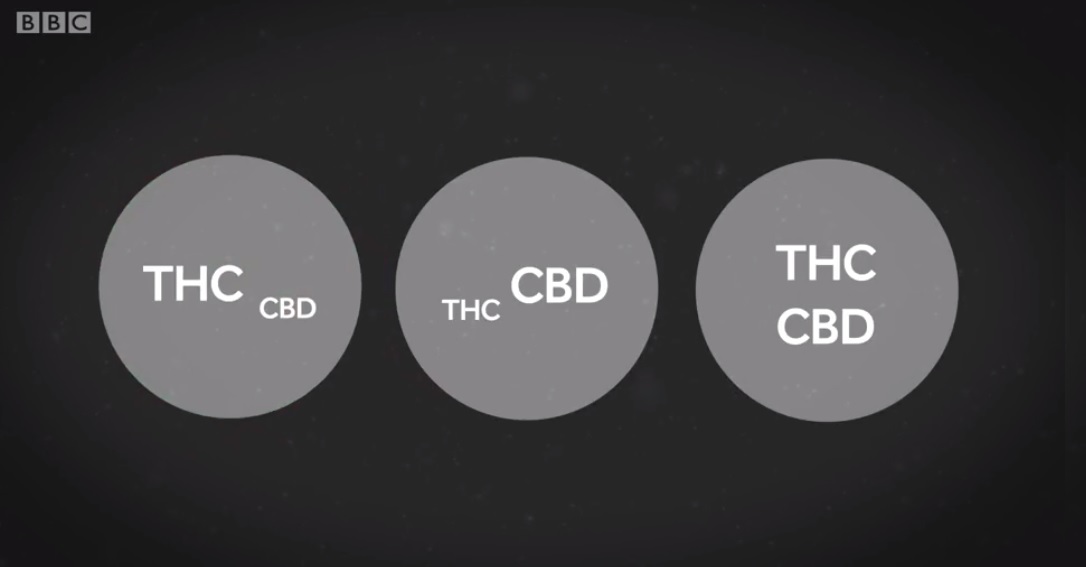 “People have heard the word skunk, they’ve heard high potency, they know it’s stronger than it was in the ‘60s, but they don’t really understand what stronger means and I think that’s interesting.

“When you look at the links between high strength, high potency and people with mental health issues, especially susceptible individuals, that adds another level to the debate that’s much more practically useful for people to know than it’s a ‘my body, my right’ sort of argument which is perfectly reasonable, but we’ve heard it a lot.”

The most contentious of all the claims made in the film came from Lord Monson’s friend Louisa, a drug treatment worker in east London. She said she believes high potency cannabis is more of a concern than either heroin or crack cocaine use and recalled telling her son that she would rather he use heroin than high potency street cannabis.

Connolly stands by including Louisa’s claim.

“Louisa deals with lots of people who have used skunk/high potency cannabis and she deals with the mental health consequences, as she sees it, connected to that drug,” he said.

“The BBC doesn’t censor personal viewpoints. She expressed her view in a very strong way, yes, but it was very clear what she was trying to say – that high potency cannabis causes people to have psychosis and hear voices in their head and therefore those people are difficult to deal with as people with drug problems. Louisa wants to legalise cannabis and create a regulated market, she backs Lord Monson’s campaign.”

To look at the effectiveness of both liberal and prohibitionist approaches towards drugs – and where the UK’s system sits within this spectrum – Connolly’s visits to Sweden and Portugal in the documentary are thought-provoking.

“The UK’s got some really high drug usage rates compared to other places in Europe, arguably in the Western world,” he told me. “So then we needed to look at two countries that have got lower usage rates who take very different approaches.

“You could make a fairly strong case that the Swedes have got a better system because they’ve got no open drug use in the streets – they’ve got none of the social problems that you see in Portugal. But, they have other drug problems. The Swedish minister admitted to us that hard drug users die at a higher rate in Sweden than in other European countries so that’s a failure of the drug system.”

For the past 15 years, all drug possession has been decriminalised in Portugal. Although using drugs is not illegal, it is still prohibited and anyone caught with small amounts is handed an administrative sanction rather than a criminal punishment – such as a fine, a community service order, or a requirement to attend a ‘drug dissuasion court’. The emphasis is on a public health approach focused on getting people into treatment.

In sharp contrast, Sweden has implemented a zero tolerance approach towards drug use in its quest to become a ‘drug-free society’ since the 1990s. Its strict drug laws focus on reducing supply as well as demand, with police given the right to take action against anyone they suspect of being under the influence of drugs, even if they are not causing disruption to anyone else. The country has one of the lowest drug usage rates in the Western world.

But, the extent to which Sweden’s strong welfare state has contributed to low drug use rates, as well as its commitment to adequately funding implementation of its strict approach, also requires consideration.

In a review into Sweden’s drug policy in 2007, the United Nations Office on Drugs and Crime noted: “A number of other factors also seem to have played a role for Sweden to achieve positive results. Sweden is not located along any of the major drug trafficking routes. Income inequality, which has an impact of the readiness of young people to engage in criminal activity such as drug trafficking, is low. Sweden’s population at large is also very health conscious which would not be in line with large-scale drug use. And Sweden, in contrast to many other countries, has enjoyed a broad political consensus over the direction of drug policy, thus avoiding the sending of mixed messages to potentially vulnerable groups of society.” 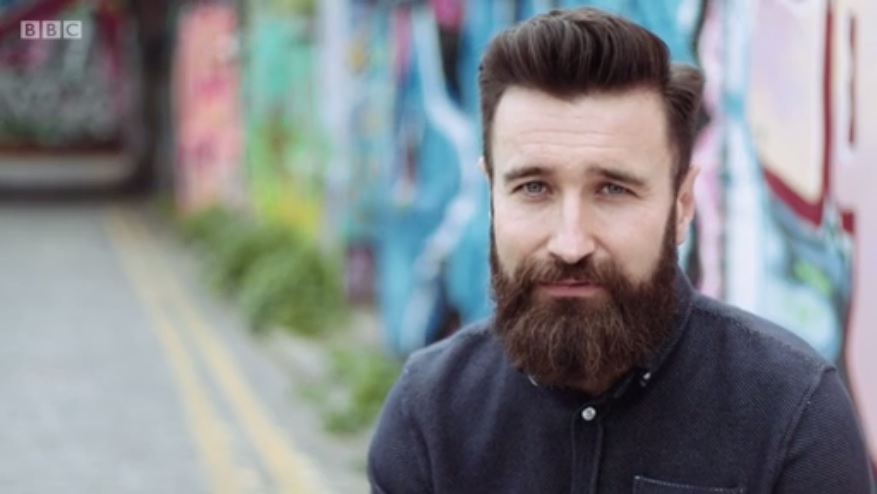 For Connolly, seeing the Swedish and Portuguese approaches in action shed light on the UK’s current policy as a ‘fudge’: the dichotomy between what the law is and how it is being enforced.

“We went to Sweden first and, on paper, there isn’t actually that big a difference between Swedish drug policy and UK drug policy,” he told me. “They’re quite comparable systems. In Sweden, they’re really tough on drugs and you don’t see signs of drug use in the streets. We never saw one person smoking weed anywhere in the city. You would never see someone in the park having a joint like you do in the UK, like you definitely do in Portugal. So, on the face of it, their system works because you don’t have open drug use everywhere you look and people are signed up to the Government’s view that cannabis is a gateway drug.

“In Portugal, you walk around and very infrequently did you not see or smell drugs in and around the city. People were openly taking drugs in the streets, smoking crack, there were heroin users, people dealing everywhere you looked. You could say that, clearly Portugal is a better system because Ricardo [a recreational cannabis user Connolly met at a drug dissuasion court hearing] said he’s not going to smoke weed again. But, that afternoon we went to see the heroin epidemic in full swing in another part of the city.

“The smell of cannabis was pretty dominant as you walked around the city. They’ve clearly got a more liberal approach than us. But, you could walk around London now and I don’t think it would take very long to smell someone smoking a joint. In Sweden, which has super strict drug laws that are strictly enforced, you don’t see it.

“So, that does lead you down an open-ended question of which system’s got the most relaxed drug policy? On paper, we have got a strict drug policy that’s very clear – five years in prison for possession, 14 years for dealing. That’s quite tough. Does that happen to people when they’re caught? Probably not that often in reality. We’re seeing shifting attitudes because of police commissioners up and down the country, which is changing the nature of policing the issue.

“So, you’re inevitably going to be left with that kind of conclusion, that maybe we already live in a more liberal society because we’re letting people break the law aren’t we really? That’s what’s happening here. We are kind of turning a blind eye to it, which is different to what they’re doing in Sweden which has got tough drug laws.”

The deprioritisation of cannabis possession offences by police forces such as Durham, the hundreds of covert Cannabis Clubs that have sprung up around the country, and the cannabis stall openly selling weed at this year’s Notting Hill Carnival as a policeman wandered just around the corner, are but a few examples of people getting on and flouting the law; the consequences of an incoherent policy unable to identify with what its own approach actually is and why.

“The UK drugs policy is tough on paper, but in reality, you could walk out of here now and find someone smoking a joint or taking something else,” said Connolly. “So, is that a successful system?

“Every system’s got its pros and cons and no system works perfectly. It’s nice to be able to pose a question at the end and say ‘look, think about this, it’s much more complicated than a yes or no answer’.”

Volteface Response to The Times Article ‘Only fools rush in to cannabis legalisation’ // Thursday, July 4th 2019