“Addicts should be treated and supported into recovery, removing them as consumers. Their entrapment in criminal justice is a waste of police time, a waste of public spend, does not help them to recover, provides a continued market to dealers and dissuades addicts from revealing themselves for treatment for fear of the criminal consequences… If the aim is to stop people taking drugs, and to stop people committing crime in order to fund their habit, we must follow the evidence and support people to recover rather than send them to prison.”

On the same day as the Government’s new drug strategy was published – making it clear once more that “we have no intention of decriminalising drugs” – a straight-talking ex-police officer was telling a room full of prison governors, policemen, probation workers, drugs charity workers, academics, councillors, treatment organisations, bereaved parents and former drug addicts why his force has taken to doing the very opposite: introducing a de facto decriminalisation of drug use.

“The Chief Constable and I are tasked with preventing crime. 45% of acquisitive crime is committed by heroin and cocaine addicts and people still ask us ‘why are you beating a drum about this?’ Because we want to reduce crime and reduce suffering.”

Ron Hogg, Durham and Darlington’s Labour Police, Crime and Victims’ Commissioner, was speaking at the symposium he had organised in Durham on Friday, ‘UK Drugs Policy: More Harm Than Good?’, aimed at stimulating discussion around the alternatives to criminalising drug users and why he believes this is more necessary than ever.

Although reported drug use is lower now than 10 years ago, drug-related deaths – many of these from heroin – are at all-time high in the UK, with hospital admissions and infectious diseases related to drug use also on the rise.

“The current legislation has created an environment in which organised crime can flourish and can actively exploit people and, despite all the efforts that we’ve seen to reduce supply and demand, drug misuse continues,” Mr Hogg said. 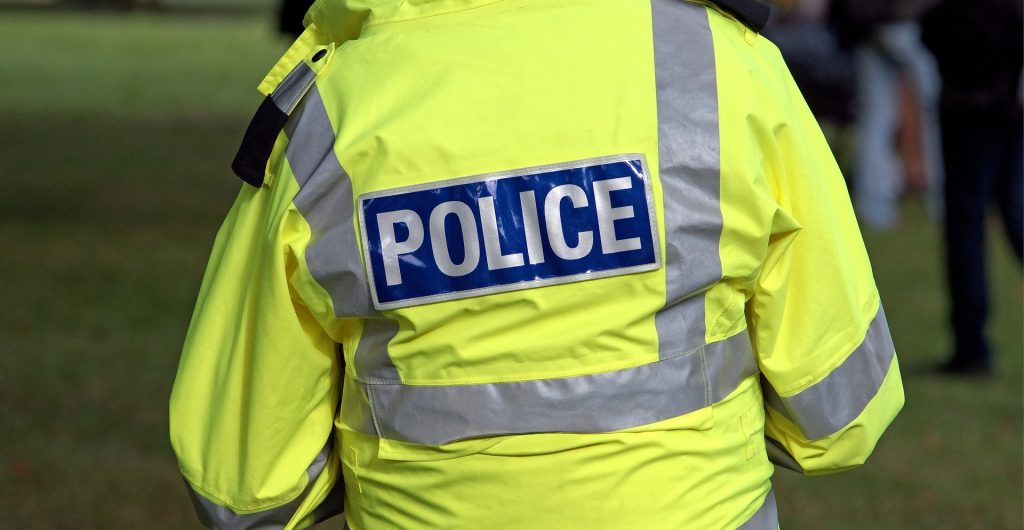 Over the past five years, Mr Hogg – a former school teacher-turned-policeman of 30 years’ service – and his Chief Constable Mike Barton have taken a decidedly different approach to tackling crime in Durham and Darlington.

The force caused controversy in some quarters in 2014 when it announced that it would no longer be targeting people growing cannabis for personal use as drug possession charges were not a priority for it.

Between 2006 and 2011, Darlington was home to a pilot project for Heroin Assisted Treatment (HAT) – as a part of which heroin addicts are given the Class A drug to inject in designated facilities with trained staff present. The UK pilot, of which the Darlington trial was a part, saw a two-thirds reduction in crimes committed per user. Durham’s police force announced earlier this year that it would introduce HAT facilities in the county to tackle drug-related crime.

Its newest initiative is Checkpoint, a ‘diversion scheme’ for low- and medium-level offenders who can sign a four-month contract with the police to either address the root causes of their offending by engaging with services or be prosecuted for their original offence. Although still in its early stages, the scheme is being reviewed by Cambridge University and Mr Hogg said that whereas 19% of those who go through the normal criminal justice route for minor offences end up being reconvicted within 12 months, the figure is just 4% for those completing Checkpoint.

Other forces have also piloted diversion schemes. Avon and Somerset Police introduced a Drug Education Programme for those caught with small amounts of any drug for the first time, who can choose to complete a drug education course or go down the standard criminal justice route.

A senior police officer of another force who was attending the symposium told me that, 20 years ago, the direction from superiors around drug possession offences was: “this is the policy and we have to follow it”. But, now, police officers don’t target such individuals. Because there’s a lack of money? I asked. “No, because it’s the right thing to do”, he said. It was an ethical decision.

So, are we starting to see a meaningful shift in the way drug crimes are viewed?

Mr Hogg seems to think so.

His police force was the only one in the country to be rated as “Outstanding” by HM Inspectorate of Constabulary earlier this year for its effectiveness in tackling crime. 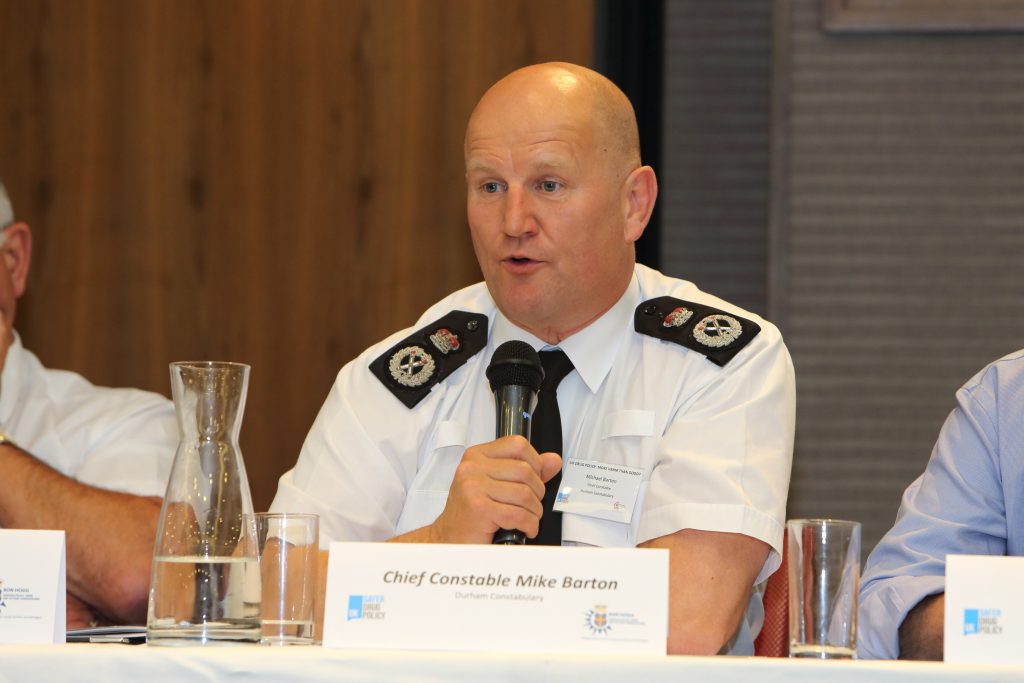 “Things are changing,” he said. “We’ve seen around the world an increase in calls over the last decade for a fundamental review of how governments respond to drug use and harms.

“I also detect there’s a wind of change blowing in our politicians. I’ve had lots of letters of support from MPs across political parties including Conservative MPs – some of whom are really on board with this and want to push it. I’ve had lots of support from Police and Crime Commissioners (PCCs) and when we consider the PCCs who are really keen on reform of drug policy, four are former police officers and they’re talking from the heart and they’re talking from experience.”

The introduction of Police and Crime Commissioners by the Coalition Government in 2012 – elected officials with a mandate to implement a ‘police and crime plan’ that the force’s chief constable must deliver – has certainly created an interesting dynamic when it comes to tackling drugs.

While the Government remains committed to taking a criminal justice approach, local innovations of a more pragmatic nature are emerging due to the devolution and accountability of decision-making PCCs have been given.

Ron Hogg is focused, first and foremost, on the reality of the situation on the ground, rather than looking at drugs through a lens coloured by a perception of public perception. If his approach is driven by a view of morality, it is that drug users – problematic and otherwise – should be seen as human beings.

He believes leaders on a local and national scale need to adopt his courage in promoting an objective approach, because “drug reform is not a vote loser”.

But, clearly, there is still far to go.

The Government’s new drugs strategy is unapologetic of its continued prohibitionist approach towards drug use.

“Drugs are illegal because scientific and medical analysis has shown they are harmful to human health,” it says. “Drug misuse is also associated with much wider societal harms including family breakdown, poverty, crime and anti-social behaviour. We are aware of decriminalisation approaches being taken overseas, but it is overly simplistic to say that decriminalisation works.”

Although the strategy does allude to policies akin to Mr Hogg’s diversionary approach, little meat can be found hanging on the bones.

“Alongside punitive sanctions, the criminal justice system should consider use of health-based, rehabilitative interventions to address the drivers behind the crime and help prevent further substance misuse and offending.”

The strategy mentions “early intervention liaison and diversion schemes” that enable offenders with substance misuse, mental health problems and other complex needs to be directed towards “appropriate health interventions” from police stations and courts – for those given out-of-court disposals such as warnings or cautions, community orders and suspended sentences.

It mentions what it calls a “new framework”, first announced by the Coalition Government in 2014, for offenders who could either comply with certain conditions as part of an out-of-court settlement or face prosecution for the offence committed.

“It would put a much greater focus on early intervention with offenders to tackle the underlying problems that contribute to their offending,” the strategy says. “For drug possession offences, the framework would enable individuals to be referred to drug treatment workers.”

The strategy also talks about “community sentences with treatment requirements” that “can give courts an alternative to custody, taking the most vulnerable and chaotic people out of prison and directing them towards more effective community-based interventions”. 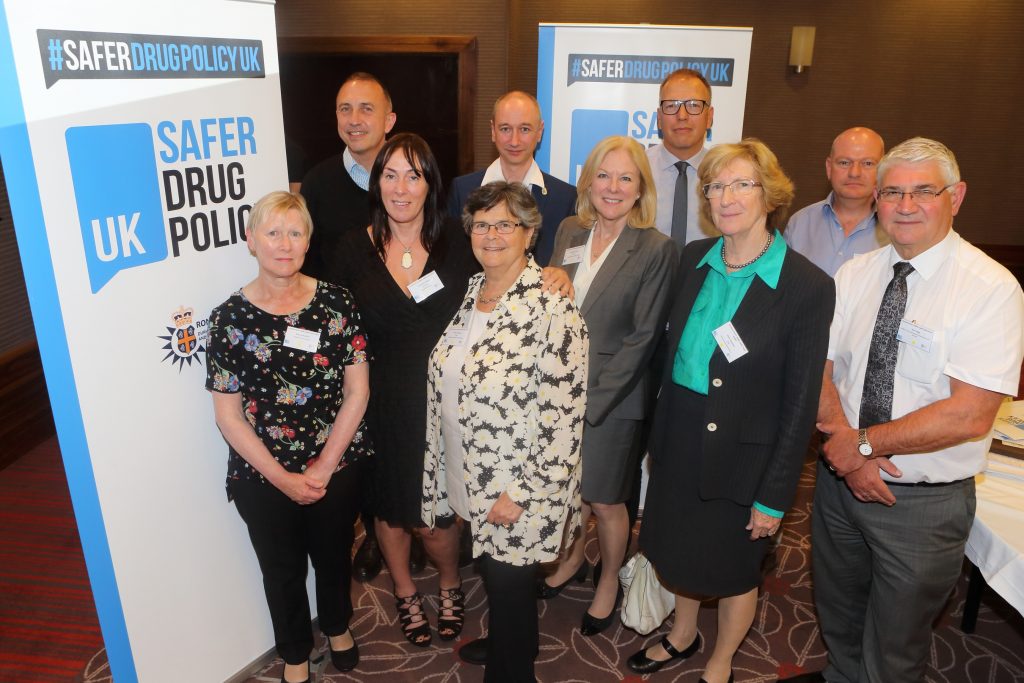 Alex Stevens, Professor in Criminal Justice at the University of Kent, branded it “an incoherent ragbag of false claims and empty promises”.

A member of the Government’s Advisory Council on the Misuse of Drugs (ACMD), he said he was speaking at the symposium in his capacity as an independent academic:

“The most striking aspect of its incoherence is it includes fine words, drafted no doubt by very fine civil servants, about the overlapping disadvantages and vulnerabilities that affect people who have drug problems. But, then, because of the shackles placed upon those civil servants by ministers, there is no effective action and certainly no new spending to actually do anything about these overlapping vulnerabilities and disadvantages.”

For Mr Hogg, “it is important to challenge the assumption that a stronger response is necessarily a more effective response”.

Launching a report on the issue at the symposium, ‘Towards a Safer Drug Policy’, the PCC called for the Government to hold a fundamental review of the country’s drugs policy; to follow an objective, evidence-based approach; support effective education and prevention schemes; focus on harm reduction; promote cost-effective specialist drug treatment and recovery; and support alternatives to the criminalisation of drug users and focus on tackling organised crime groups.

Baroness Meacher, chair of the all-party parliamentary group for drug policy reform, said that the UN’s Special Session of the Drugs and Crime Office last April – at which she said it recognised an approach to drugs based on evidence-based policy and a public health focus – was “a whistle to begin the end of the war on drugs”.

“It seems to me that we need to back people like Ron Hogg who are making the point on the cost issue,” she said, acknowledging a political climate dominated by cash-starved public services.

Former president of Switzerland and Chair of the Global Commission on Drug Policy, Ruth Dreifuss, said it was logical for the police to be taking a lead on reforming drugs policy from the bottom-up.

“They are in charge of the reality on the ground and can take the freedom to experiment,” she said.

And she more than approves of Mr Hogg’s compassionate pragmatism in Durham.

“It’s a very, very big step. What’s so important is that it’s changing the perception that people have of drugs and the role of the police. This is huge and it’s really building the ground for other steps to be done such as the decriminalisation of possession of drugs. Ultimately, the law needs to change.”

Brownies and an Uninformed Youth