Are Nightclubs The Right Place For Harm Reduction?

This article was originally published on Huffington Post UK.

The closure of one of the UK’s most successful and iconic dance clubs, Fabric, in August this year, has raised questions about the roles and responsibilities of nightclubs within the night time economy, as well as broader concerns about the UK’s escalating ecstasy-related mortality rate.

While ecstasy use has remained relatively stable across the last decade, mortality rates slumped to 5 in 2010 and then rose again to 57 deaths in 2015. A key reason for this recent increase in ecstasy deaths is the changing nature of the ecstasy market. The ecstasy market has witnessed the emergence of virtually pure MDMA crystal, alongside ecstasy pills that are becoming smaller, higher purity and increasingly sophisticated and diverse in format, manufactured in colours and shapes that are themselves iconic brands. Significantly these pills are also tougher to break, making it difficult to discretely split in half when under surveillance by security staff in a leisure venue.

A key message coming from supporters and commentators on Fabric’s closure, including trade organisations like the Night Time Industry Association and UK Festivals and academics, is to provide more harm reduction services within clubs, potentially including on-site or near-site forensic testing facilities. To date the only UK nightclub with on-site forensic testing for public safety is the Warehouse Project, a nightclub that for the last three years has allowed the Loop to provide testing information to welfare, medical and security services – described by The Loop’s Director as ‘halfway house’ testing. 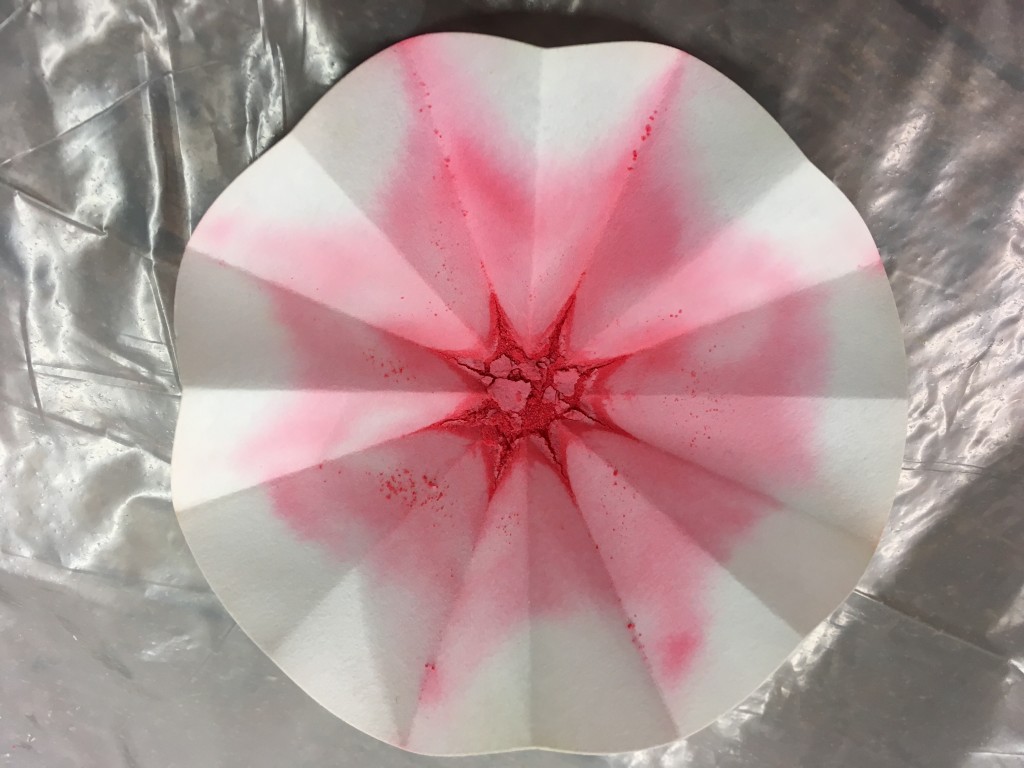 Remnants of an ecstasy pill after testing (Henry Fisher)

Of course nightclubs and festivals are not ideal locations for meaningful drug and alcohol interventions. However they can provide an opportunity to engage with drug users at the earlier stages in their drug using careers, user who are most likely not to be in touch with drugs services and not (yet) seeing themselves as having a drug ‘problem’. We know that brief interventions can be productive in less than ideal settings (for example, the positive outcomes of alcohol audits in emergency rooms) and that these can be maximised by making contact at the earliest opportunity in the day and with the lowest levels of user intoxication. This might mean that a nightclub like Fabric (one of the latest opening clubs in London) is not necessarily best suited to harm reduction services, compared with drop-in centres, café bars and other leisure venues ‘upstream’, open earlier and visited many hours before a nightclub on a night out. Nevertheless, there is a responsibility on all leisure venues as well as the licensing authorities to create environments that prioritise customer health and wellbeing as well as reducing drug-related risks on site.

It is important to emphasise the distinction between encouraging drug users to attend well run venues and encouraging drug use in those venues, a point that was lost at the Fabric review. Nightclubs are not just venues within which harm reduction advice, welfare and paramedical services can be provided, they can also represent harm reduction environments in themselves (through design, temperature control, crowd control, water provision and so on). Encouraging users to use within safer environments, rather than encouraging use per se, is well established in public policy from alcohol consumption in well run pubs through to injecting drug use in supervised heroin consumption rooms. This pragmatic harm reduction logic should also be applied to dance drug users at dance clubs.

Indeed the modern and highly lucrative UK dance club scene emerged out of the 1994 Criminal Justice and Public Order Act which made attending, running or even travelling to open air ‘raves’ a criminal offence. This resulted in the formation of legal, licensed, multi million pound branded ‘superclubs’ such as Cream, Gatecrasher, Ministry of Sound, and in 1999 Fabric. Unlike illegal raves, these superclubs offered the rave aesthetic in an inner city, urban, warehouse-style venue with the added assurances of legal and licensed bars, security, flushing toilets inside and taxi ranks outside. Of course it also multiplied the risks of overcrowding, overheating and dehydration, and therefore ecstasy-related complications.

As the Loop’s ‘front of house’ pilots at two summer music festivals illustrated, drug users can and do engage productively with harm reduction and ‘drug checking’ services. For the first time in the UK users were able to take substances of concern for a range of forensic tests conducted by Loop staff and receive the results of those tests half an hour later as part of an individually tailored harm reduction package. Upon discovering the contents of their illegal wares, ranging from boric acid to malaria tablets and even concrete, a quarter of users chose to dispose of their drugs rather than consume them. In Zurich, where there have been no deaths due to party drugs throughout the seven years that ‘drug checking’ has been in operation, the authorities attribute the clean slate on ‘party drug’ deaths in the city’s vibrant nightlife to this type of testing. On site testing is not the panacea to all problems created by drug use and relatedly its criminal status, but until the drug laws are overhauled it is currently a missing piece of the jigsaw if we are serious about nightclub harm reduction.

Fiona Measham is Professor of Criminology at Durham University, Co-founder and Director of The Loop drug, alcohol and sexual health service, and Member of the Advisory Council on the Misuse of Drugs. Tweets@FMeasham

Launch of the Evening Standard Special Investigation into Cannabis Legalisation

The Roots of Cannabis’ Big Day