With our team over in the States for UNGASS, mingling with journalists and activists, they’re hearing a lot about the 420 celebrations taking place around the globe, with particularly large events taking place in Colorado and Vancouver.

Worldwide people celebrate this day, the 20th of April (20/4 here in the UK, but 4/20 in the US). If you just begin to browse the hashtags on Facebook or Twitter you’ll see just how many people there are celebrating (and in how many beautiful locations).


“New York is like London, nobody gives a fuck”, is what I was told when I enquired why New York’s event doesn’t seem that large compared to elsewhere in the US. We wanted to see if this was the case here in London. Are these events important, and where do they fit in the big scheme of the cannabis policy reform movement?

The 420 Rally in Hyde Park will meet up at 12pm – although as with anything weed-related, it’s probably not that big a problem if you’re late. (Metro)

After witnessing some stereotype-scraping, scoffing that surrounds London’s 420 in the local news outlets, we decided to reach out to some of the contributors who have written for us, and the cannabis activists we’ve written about – and see how they viewed or celebrated 420.

When asked how he and his team would be spending their day, Barry Brown, the leader of CISTA Northern Ireland, told us that, “We are having a period of silent contemplation, for all those whose lives have been disrupted by the authorities, for possession, or growing, of cannabis”. Here in London, Jacob, a medicinal cannabis patient, responded positively, saying that, “I see it as a day that should be used to raise awareness”. Across the board the consensus seems to see the event as providing a necessary good.

Our very own Lifestyle Editor, Calum, also sees it as positive phenomenon, one born out of myth and focused on celebrating passionate communal activity:

“420, regardless of which origin story you subscribe to, has been a positive day characterised by communal appreciation of cannabis, long may it roll on.”

What he touched on seems to be at the core of most people’s ideas around the day – this concept of international unity and togetherness that seems to stretch through the cannabis community (at least on 420).

Alex Fraser, Events Director of the UPA, and a medicinal cannabis patient, lays it out simply:

“420 is a time of celebration, it is a chance to get together and celebrate the plant and what it does for us. The fact that people throughout the world will be getting together today is a testament to how much it means to so many people.”

So, it would seem that it is both an incredibly important day for those who campaign, write and are active in the cannabis community and in the wider drug policy reform movement.

Who can criticise a day that simply seeks to unite people who appreciate a shared sense of community, value the chance to publicly identify as a supporter of a cause, and above all else want to see a world where people aren’t criminalised for their use of cannabis?

To celebrate this day, with our new found understanding of what 420 means to some of the lovely people we have worked with or written about, VolteFace decided to commission a celebratory playlist. Below is a Spotify playlist from Róisín Nolan to help you appreciate your very own 420.

Róisín is one of our regular contributors about women, weed and the arts. She explained her engagement with the day, in a very Irish context. Her appreciation of the 20th of April, and the surrounding culture, secures the date firmly on her calendar of events for the year.

Sean O’ Casey wrote in his Dublin plays about being in a state of “chassis”. A state of chaos, or alternatively, a state of change. Our nation is changing and celebrating holidays differently, incorporating ‘Black Friday’ into our yearly ritual, creating and buying costumes and Haribo for Samhain (Halloween) and slowly changing the how and why we gather in merriment for Christmas.

Smoking weed recreationally or for health is still considered taboo to some, but given the change and progress being made in this country I hope that it soon becomes acceptable and without judgement. If it’s within your means to buy an expensive car or luxury holiday, go ahead. I won’t judge you for that, in spite of what I choose spend my money and time on instead. I’m hoping that the shift in social attitudes will bring a similar lack of judgement. I’m hoping for an acceptance about what I do with my money or spare time, where marijuana is involved.

420 for me is an opportunity for people to have a conversation; why people like to smoke, and why they disagree with smoking. I’m gonna blaze up and listen to ‘Stoned Love’ by The Supremes on loop tonight.

It seems that 420 is a tradition that still runs strong, around the world, and for many different personal and communal reasons, but we can’t discuss this annual event without questioning where it comes from. For a word so intrinsically tied to the cannabis community, there are mixed thoughts on where it originates.

Back in 2009, the Huffington Post published an article by Ryan Grim, author of the book This Is Your Country on Drugs. He spoke to a group of men known, for the purpose of the anonymity, as ‘The Waldos’. These men claimed to have proof that they had started using the term back in the early 1970’s. This being the oldest lead he had, he decided to investigate. This is what he found.

The Waldos’ story goes like this: One day in the fall of 1971 — harvest time — the Waldos got word of a Coast Guard service member who could no longer tend his plot of marijuana plants near the Point Reyes Peninsula Coast Guard station. A treasure map in hand, the Waldos decided to pluck some of the free bud.

The Waldos, who were all athletes, agreed to meet at the statue of Louis Pasteur outside the school at 4:20 p.m., after practice, to begin the hunt.

But they did find a useful codeword. “I could say to one of my friends, I’d go, ‘420,’ and it was telepathic. He would know if I was saying, ‘Hey, do you wanna go smoke some?’ Or, ‘Do you have any?’ Or, ‘Are you stoned right now?’ It was kind of telepathic just from the way you said it,” Capper says. “Our teachers didn’t know what we were talking about. Our parents didn’t know what we were talking about.”

Of course, many other theories exist about the origins of the number’s meaning, with ones involving the Grateful Dead amongst others, that are now enshrined in 420 mythology. The internet is rife with alternative theories, but it is definitely worth checking out Ryan Grim’s interview with Lucia Graves here. They make a great point to naysayers and cynics. Maybe it does appear meaningless, maybe even fickle, but the current legality of cannabis is destroying young peoples careers, benefitting the blackmarket, and wasting taxpayers money.

See you all after our trip to Hyde Park!

Jacob, quoted earlier in this piece, sent us some photos of the Hyde Park 420 event. 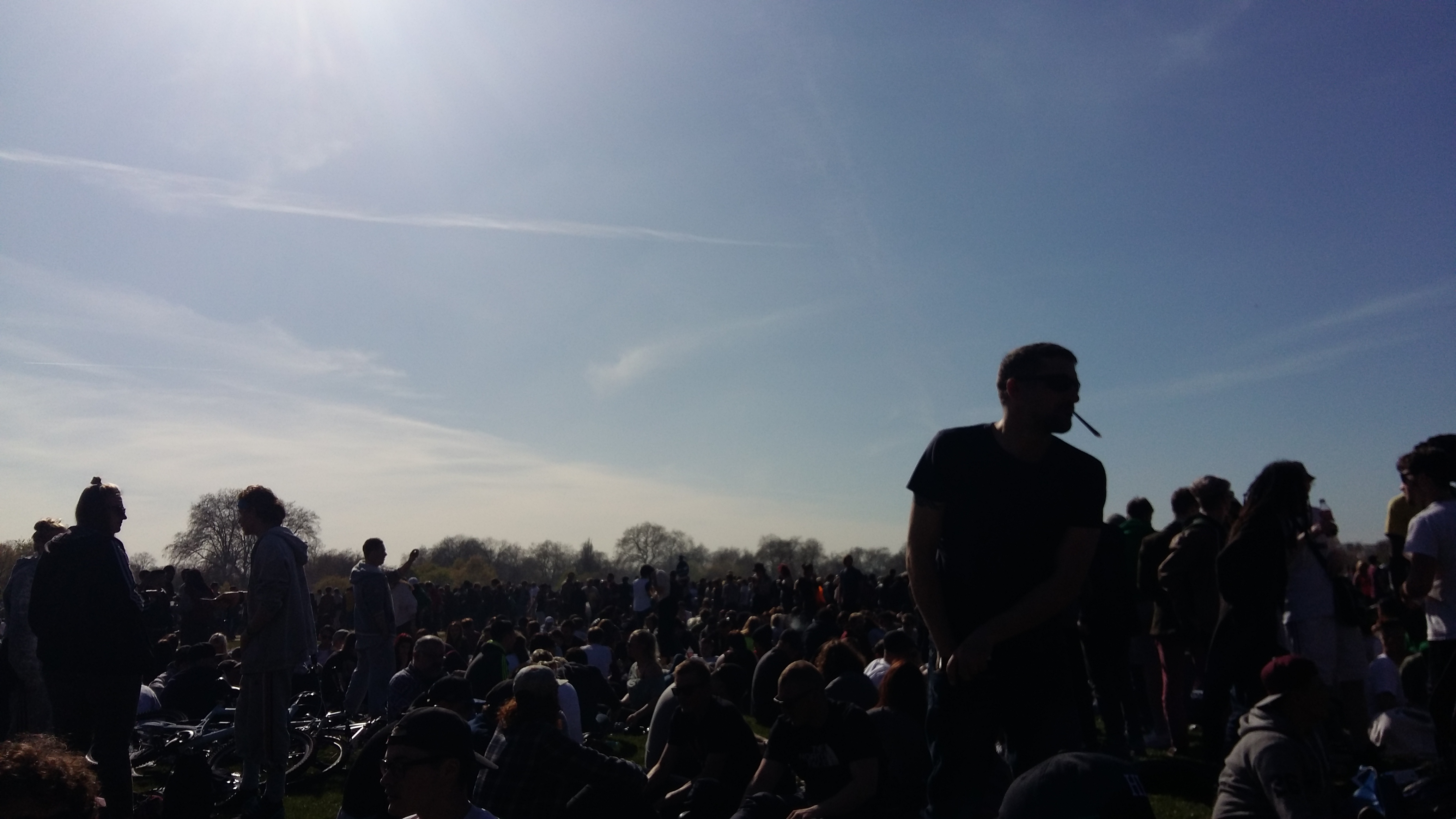 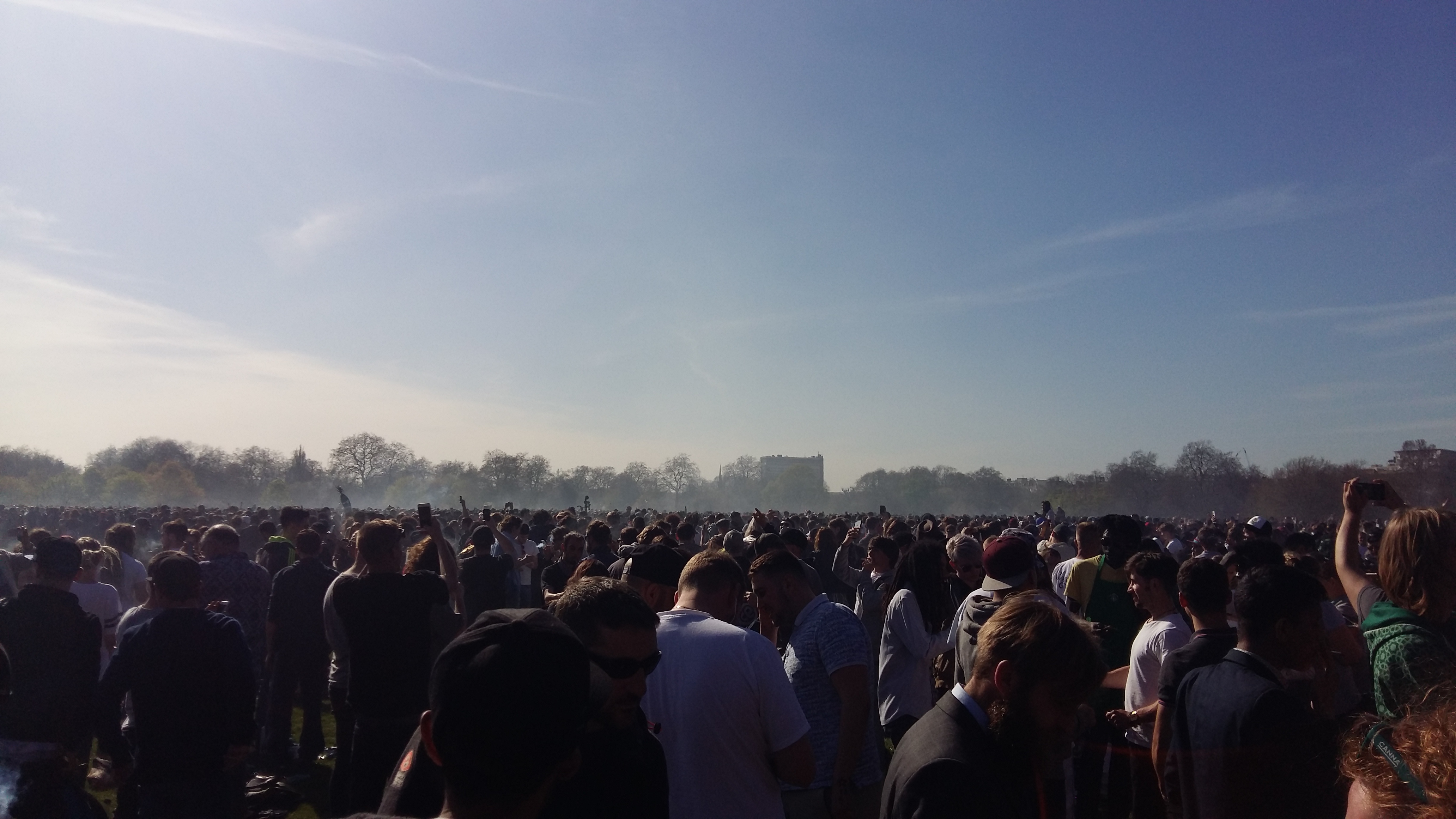 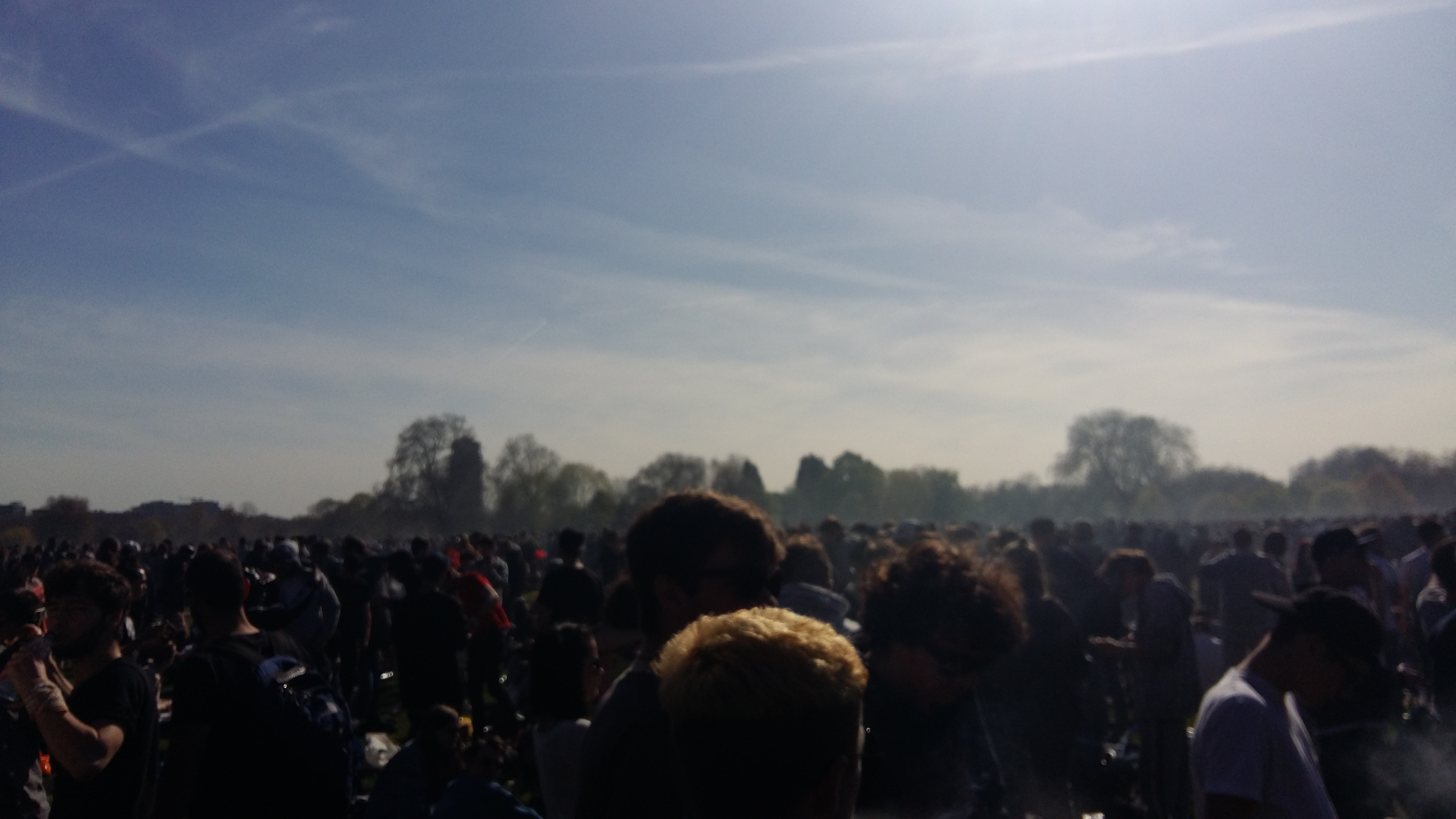