‘A Better Tomorrow’ for Ex-Convicts Seeking to Escape the Past

If you had unpaid drug debts at HMP Hewell, Trevor was the man you did not want to run in to. “I was number one hitman in Hewell,” he explains. “If someone didn’t pay a debt, I was the one going in there and smashing them up. I put so many tellies over people’s heads, it’s unreal.” As Trevor shares his story, he regularly drops his gaze bashfully to the floor and his faint Brummie-accented voice begins to fade away. Feared on the inside, he comes across as fearful and unsure of himself on the outside.

Trevor has been in and out of prison throughout the last decade: banged up 12 times, charged with offences ranging from criminal damage to drunk and disorderly, assault and wounding with intent. Today, the slim 28-year-old is sitting in the offices of A Better Tomorrow (ABT) in Telford, where he’s working through its respected drugs and alcohol rehabilitation programme. With the support of ABT’s staff, who are all recovering addicts or ex-offenders themselves, he’s determined to stay clean and to never end up behind bars again. “I just want to be happy, I’m sick of all the drama,” he says, shifting awkwardly in his chair. 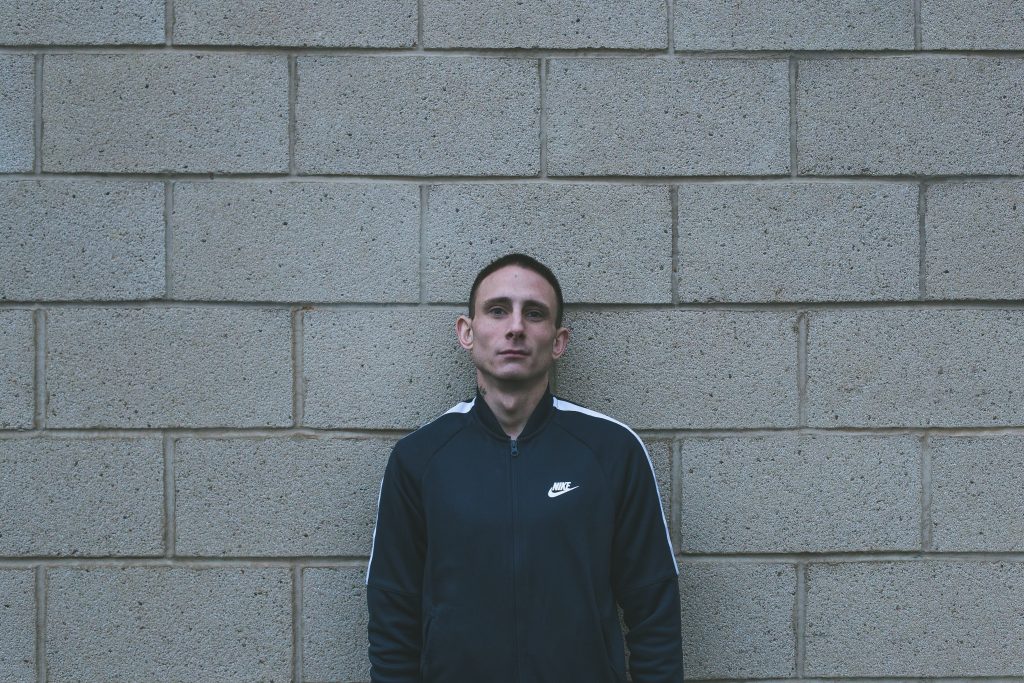 British prisons are in crisis. Record prisoner numbers in a climate of funding cuts and reduced staffing levels have seen violence, drug use, suicide and self-harm reach unprecedented levels. With an increasingly overstretched prison service unable to curtail supply, rising drug use – particularly of synthetic cannabis substitute Mamba – has been driven by deteriorating conditions inside and contributed significantly to an escalating cycle of violence and despair. Across the prison estate, recent years have seen the worst disturbances for a generation, like the 12-hour riot at HMP Birmingham in December 2016, which look set to continue unless fundamental reform is carried out.

With media access to prisons tightly restricted, recently released inmates like Trevor provide our best opportunity to understand the worsening prison situation and can put a human face to some very distressing statistics. Talking with him and other service users at ABT, it’s hard to ignore the physical and mental impact time spent in such a toxic environment can have.

When Trevor was first imprisoned at 18, he had only touched alcohol and cocaine. But as he progressed to lengthier sentences, he was confronted with just about every illicit substance imaginable and gravitated towards prescription uppers like Pregabalin or Gabapentin and weight-strippers. “It’s easier to get anything in prison than outside,” he says. “It’s all on your doorstep, you quickly find out who the dealers are.”

As brow-beaten and demoralised prison staff struggle to maintain the peace on increasingly volatile wings, huge numbers of inmates now spend up to 23 hours per day stuck in their cells and rehabilitation programmes are rare. Trevor argues it’s the boredom and despondency that pushes inmates towards drugs: “When you’re inside you just want something to take your mind off being locked up.”

While a majority of prisoners have a history of substance abuse, 8% of men in prison in England and Wales now develop a drug problem inside, having not had one before jail, which rises to 14% in Bedford prison, which rioted in November 2016, and 16% in Hindley, Manchester. 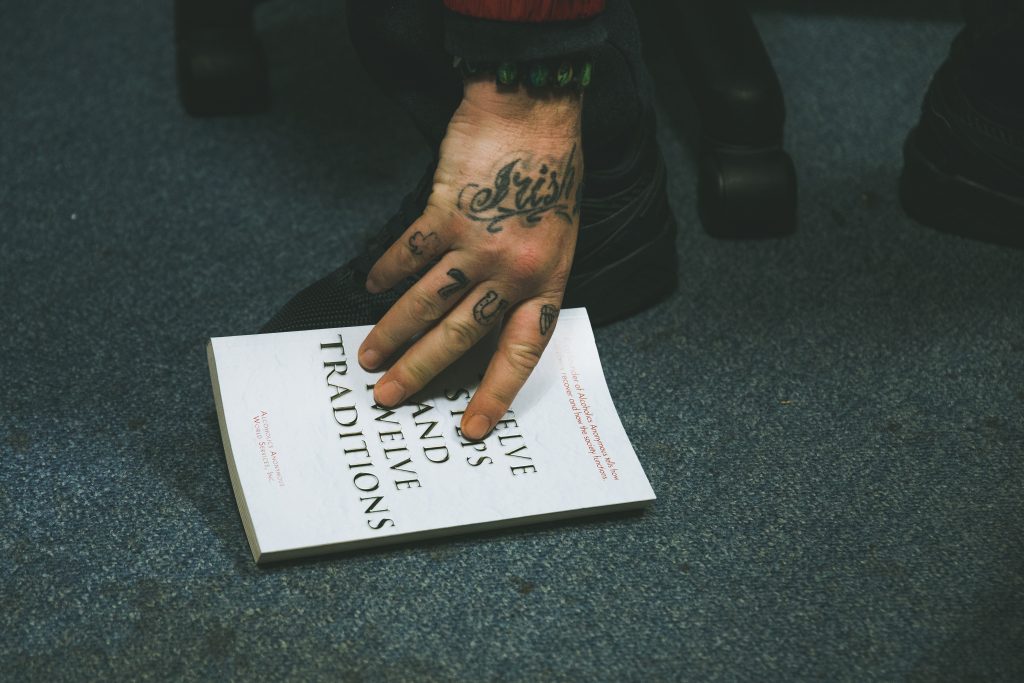 Drugs inside are nothing new, but the arrival of Mamba [also known as Spice] has been a game-changer. The former “legal high” is a near-perfect prison drug because it helps inmates burn through the hours, it’s relatively cheap, easy to conceal and, until recently, impossible to test for. Often smuggled in large quantities by drone, its ready availability and highly addictive properties have seen use explode; contributing significantly to overdoses and violence. In some prisons, there are up to five hospitalisations per day due to Mamba, with visits from the emergency services so regular that ambulances have become known as ‘Mamba-lances’.

Trevor was never keen on downers like Mamba. Nevertheless, he became an instrumental part of the destructive Mamba economy. He stashed huge bricks of the drug in a secret compartment in his cell (as well as pills, phones, hooch and more besides) for dealers and dished out beatings to prisoners who had racked up drug debts they couldn’t pay off.

“Violence in prison is out of control now,” he says. “Since Mamba has taken over lots of people are getting in to debt with it – that was the main drama you would see inside.” With his history of violent convictions, Trevor was well qualified to enforce Mamba debts – keeping himself on the right side of powerful figures within the prison in the process.

After a few minutes talking with Garren about his experiences inside, the bubbly 42-year old from Wolverhampton pops out his false teeth and displays them in his tattooed hand. “I couldn’t live that life: violence, I’ve lost my teeth, been slashed, I’ve got my war wounds, nose broken, skull fractures, broken knuckles…” he explains. “I’m still alive to tell the tale, but after 20 years of that I’d had enough. I’m doing this [my recovery] for me.” 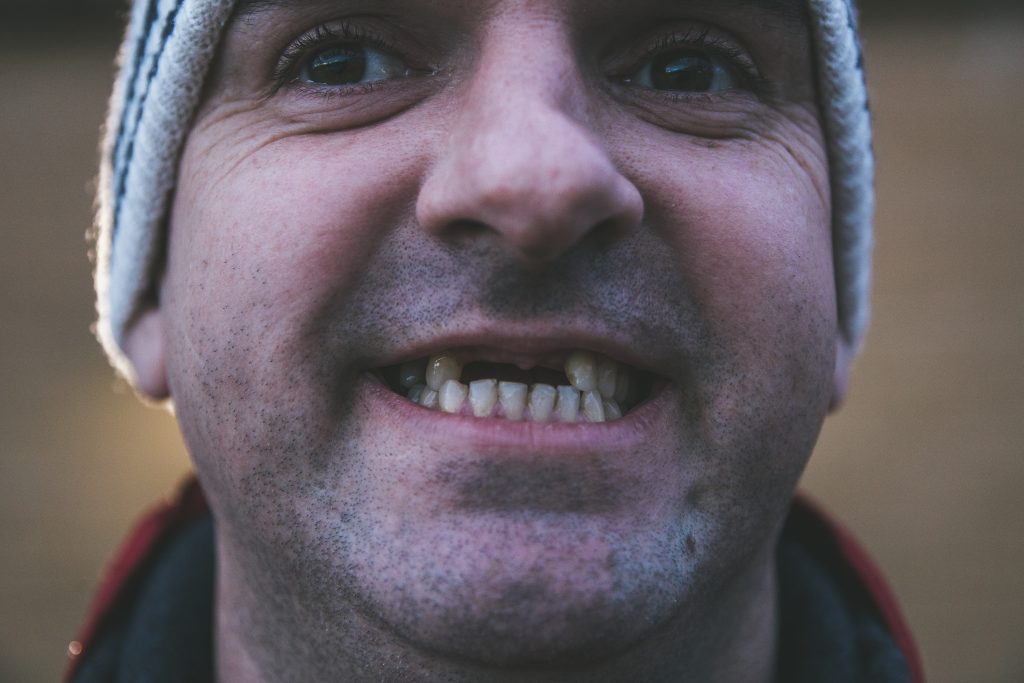 Garren was first sent to a Young Offender’s Institute at 16 and has spent the best part of his adult life in and out of prison. Classified as a high risk offender, his rap sheet ranges from shop lifting to burglaries and ram raids – all to fund his heroin and crack habit. But now he’s working through the ABT programme and hoping to put his years of crime and drug abuse firmly behind him. “It takes a lot of time to cut through 20 years of learned behaviour,” he explains. “It took three months before I wasn’t constantly looking over my shoulder. But I wake up today and I’ve got hope, that’s the biggest thing.” Garren held his own in prison. But over two decades, he saw the culture inside grow darker and drug use escalate (from cannabis to heroin substitute Subutex then Mamba and lately cockroach killer) in step with the associated violence.

“The minute you arrive – even on a detox wing – you’re surrounded by 10-15 inmates asking if you’ve got drugs,” he says. “If you haven’t got anything, you might get rushed and beaten up. I’ve seen blokes pinned down and a spoons shoved up their arses to get the drugs out.” 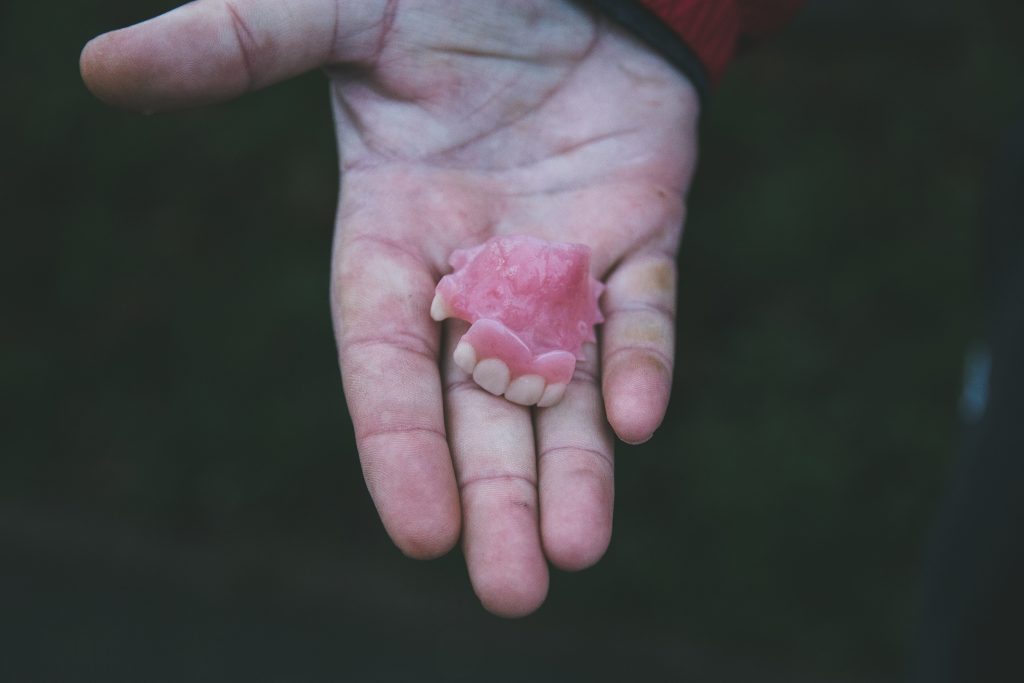 Senior figures in the prison service blame rising violence and drug use on the budget reductions and wild swings in government policy since the Conservatives took power in 2010. Justice Secretary Liz Truss’s prison White Paper in November 2016 promised “major reform” and a clamp-down on drug use, through (marginally) increased staffing levels, a mandatory drug testing regime and improved security. Volteface’s High Stakes report into the prison drugs crisis, was critical that “the lack of intelligent drug policy… risks undermining the entirety of the proposed prison reforms.”

“You can pay five to ten times more for something inside, so the drug dealers are actually getting richer in prison,” Garren explains. “You’re in prison because you’re meant to be corrupt or whatever, but it’s the officers who are bringing it in. The system’s failed, it’s broken.”

Garren has seen the inside of prisons up and down the country and argues that the situation is “a ticking time bomb” – in both public and private sector prisons. “I was in HMP Birmingham [Britain’s first privatised prison, run by G4S], you could feel the tension [before it rioted],” he says. “It’s run for profits over anything else – forget rehabilitation – that’s why the riots happened. If you treat people like dogs, they’re going to start acting like dogs: they’re going to start biting. I can see that spreading across the prison estate.”

Both Garren and Trevor are relieved to have left that life behind; no longer watching their backs for the predatory dealers, violent thugs and bent officers who control British prisons. They feel lucky to be at ABT, where they’re working through their issues with the support of workers and service users who’ve shared similar experiences, attending AA & NA meetings and performing regular drug tests. “My test is my safety net, I know I’ve got to stay clean,” Garren says. “Here you’ve got support, this is a life saver.”

“If you do you crime, that’s your fault, you get sent to prison as a punishment – but it shouldn’t be the conditions inside that punish you,” Garren reflects. “You’re in fear of your own life because you don’t know what’s going to happen the next second… it’s dangerous.” 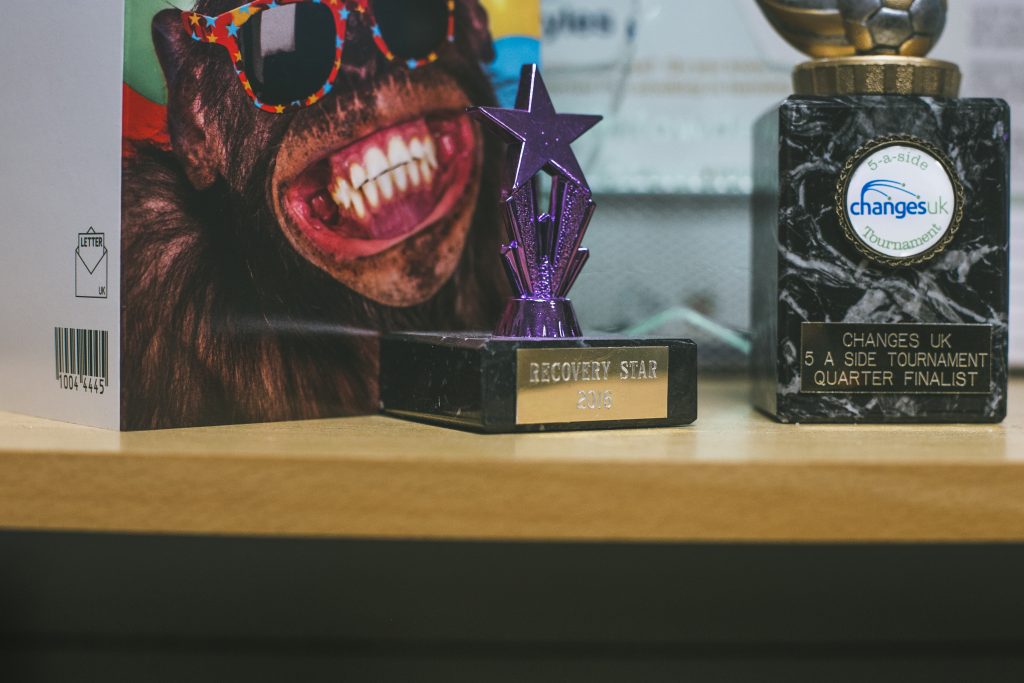 Today, if you’re released without experiencing traumatic levels of violence or seeing your substance abuse escalate, you’re lucky. Being given the support to come to terms with the complex problems that got you sent down in the first place is too much to expect for most prisoners. Instead, that falls to organisations like ABT, who are left to pick up the pieces of our dysfunctional prison system.

All photos by Theo McInnes.

Home-Growing is Fundamental to a Legal Cannabis Model