The latest spate of drug overdoses in Queensland has fulfilled the predictions of many health experts in Australia of a summer of multiple overdoses of unknown substances. Attention has inevitably turned again to the issue of ‘pill testing’ or ‘drug checking’, to inform drug users of the substances they’re ingesting.

The consensus of alcohol and drug experts at the Parliamentary Drug Summit in Canberra in April this year was that a trial of drug checking at music festivals should proceed as “a matter of priority”. Despite this, Australian law enforcement and elected officials alike remain concerned that such an undertaking sends the “wrong message” to both consumers and presumably more importantly, their electorate.

In the resultant policy vacuum, consumers are now taking issues into their own hands. Intuitively understanding the importance of testing drugs in the modern market, and in the absence of any more sophisticated options, they’re resorting to what they can access themselves.

In most cases, this takes the form of reagent test kits – simple colour-changing kits that retail online for between $A20-50. Unlike in the US, where any paraphernalia potentially associated with drug consumption can be grounds for prosecution, they’re not illegal to possess in Australia, in the absence of concomitant illicit drug possession.

Most drug testing kits available use the Marquis test, developed in the late 19th century by Eduard Marquis, a Russian chemist. He developed a colour test to determine the presence of certain chemical groups.

It just so happens it gives a distinctive colour change in the presence of MDMA or “ecstasy”, turning a dark purple or black in the presence of that drug. Other reagents, used in the appropriate order, can provide further information as to whether other compounds, desirable or otherwise, are present.

These reagents have been used as presumptive tests by law enforcement for decades, and still are in some jurisdictions, which might account for some of the faith placed in them by the consuming community.

They certainly seem to be able to give a preliminary idea of what sort of drugs might be involved in a drugs bust, but they are a crude tool, especially if they are being used to decide whether or not to consume a product. Even the mechanism of those colour changes is subject to speculation.

The dance community started using these tests in Europe and the United States soon after ecstasy entered the mainstream in the mid-1990s. Pill testing evolved to combat an increasingly tainted market, and was originally an initiative of consumers.

Health care providers discovered this was a good means of making contact with drug consumers, and surprisingly, encouraging them to reduce or moderate their drug consumption. In countries where reducing the harm from drugs was the priority, the initiative thrived; in countries where the goal was to get rid of drugs entirely, it never got a foothold.

In the early 2000s, out of the Enchanted Forest Raves in South Australia, we compared this kind of reagent testing to the best that laboratories had to offer. We made two main observations: the results of tests really do change the way consumers use drugs; and reagent testing did not match up to laboratory testing.

Fast forward to the modern era, and the Australian market is more dangerous than ever before. The number of drugs available to the consumer has grown exponentially to what was available a decade ago. There are drugs emerging monthly that are resistant to analysis by any other than the very best of analytical chemists. It should not be surprising then that the gap between the utility of simple reagent tests and full-blown laboratory analysis is growing.

The global role of pill testing has expanded not only to discourage immoderate drug consumption, but as way of merely keeping track of a rabid market.

Recently, The University Of Melbourne student union launched a pill testing initiative, using reagent testing as an interim measure, while they petition their university to introduce more sophisticated testing mechanisms.

When also accompanied by excellent harm-reduction literature, some of the risks associated with reagent testing are mitigated. If a consumer has knowledge of the limitations of the test, it may still be of some use.

Reagent testing would struggle to identify very high purity MDMA (more than 200mg in a tablet, which could be fatal, was seen in Europe this year) and novel psychoactive substances. 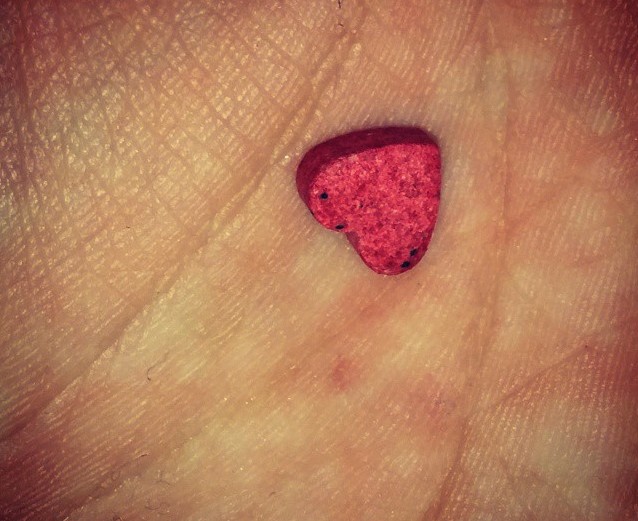 The analytical testing proposed by medical advocates would be able to recognise these scenarios. In general, pill testing should be conducted in the broad light of day, by someone sober, and knowledgeable about the subtleties of what the results mean. Testing your own drugs, while under the influence, under torchlight at a music festival, is the antithesis of this.

We applaud those attempting to moderate their drug use; the risks they are taking are far greater than any generation of Australian that preceded them. Personal sales of reagent kits have gone up more than 1000% in the last year – so we know there is a demand for the initiative.

In an ideal world, we would be able to provide consumers with detailed information about what is in their product, dissuading them from use while at the same time garnering invaluable information about the market.

While reagent testing might still give some users pause for thought, it provides us with none of the granular data about the Australian market being obtained elsewhere, overseas.

Formal analytical testing of the market – with pill testing at music festivals as the sharp end of a broader early warning system that involves hospitals, ambulance, and static testing points – could not only save lives, it may even change the way young Australians use drugs.

Associate Professor David Caldicott is an Emergency Consultant at the Emergency Department of the Calvary Hospital in Canberra and a Clinical Senior Lecturer in the Faculty of Medicine at the Australian National University. Tweets @ACTINOSProject

‘A Better Tomorrow’ for Ex-Convicts Seeking to Escape the Past