A Brief History of E-Petitions

Since its inception in November 2006, the government’s e-petitions website has gathered over 8 million signatures for a wide variety of causes, from over 5 million unique email addresses.

It is seen by many as a force for good – a way for the average voter to have his or her voice heard in the corridors of power – and yet, perhaps fittingly, it has been a source of almost constant debate itself ever since its launch. Petitions to stop petitions are a regular sight.

Among the causes that have most gripped the public imagination have been various attempts to pressure the government into reforming drug policy, including a campaign in 2015 to ‘Make the production, sale and use of cannabis legal,’ which gathered 236,995 signatures. Having easily reached the 100,000 signature threshold, the Petitions Committee were duty bound to organise a debate among MPs on the issue, which took place in October 2015. However, the debate itself was poorly attended despite the obvious public support, and proponents of reform widely criticised the government’s response. In short, nothing changed. So how much impact do e-petitions really have? Do they represent democracy in action, or are they simply a waste of time?

One person who believes strongly in the e-petitions system is William Perrin. In his words, Perrin was “the civil service sponsor/top cover to a team of innovators that created the original e-petitions website almost 10 years ago.” The aim back then, he told me, was to fix what they saw as an omission from the government’s online presence – there was no “direct ‘contact the pm’ electronic facility” he explained, “We had talked to other teams that supported heads of government around the world and it was clear that a simple email address would be swamped. So we didn’t do anything other than a deliberately clunky web form [initially].”

The e-petitions site would come later, when Perrin and others decided to attempt to fix a problem that this time had been around forever, but for which the internet age offered a solution. The problem was that “they [petitions] were still paper based, expensive to handle and skewed towards causes that large NGOs could organise around and handle the paper flow.” In other words, whilst the petitions system that was already in place did have its uses, it was not really accessible to the public at large, and as a result was making it harder for them to have an independent voice in Westminster. Updating the petitions system for the digital age by creating the e-petitions website was seen as a perfect solution to an age-old problem. 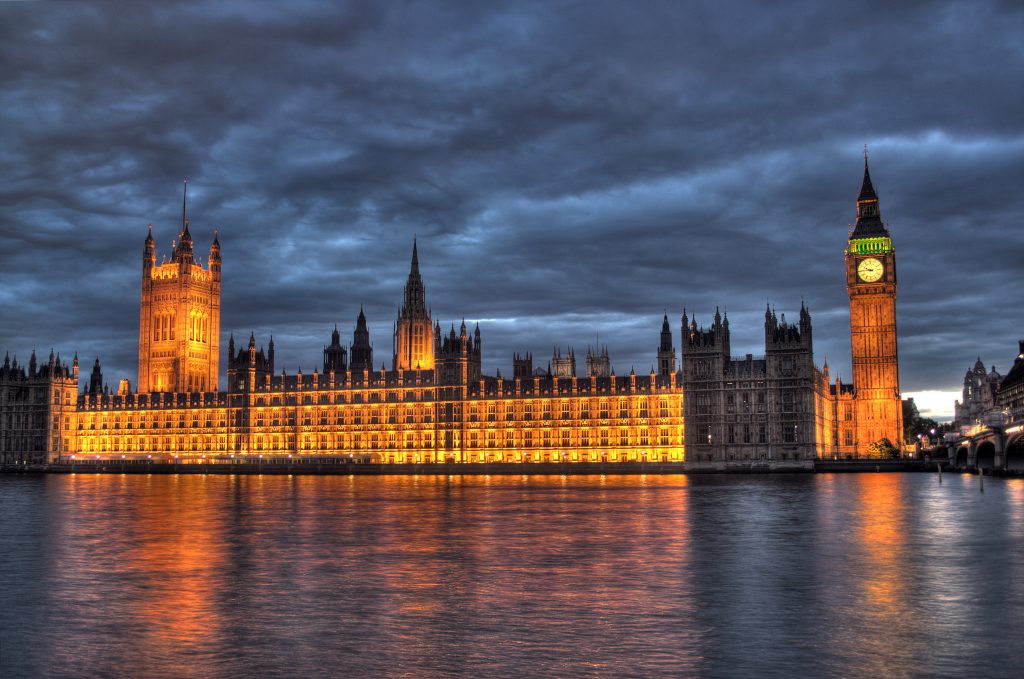 Not that everyone was pleased. Perrin explained that e-petitions were “an independent initiative of no.10 and cabinet office – it wasn’t something that was cleared around Whitehall (which would have killed it dead),” a situation which led to genuine surprise among MPs when they suddenly found themselves being petitioned left, right, and centre by empowered constituents. Notably, an unnamed MP (believed to be Douglas Alexander) referred to Benjamin Wegg-Prosser – an advisor who worked with William Perrin on the epetitions scheme – as a “prat” after a petition against the Blair government’s proposed pay-as-you-drive road tolls reached 1.5 million signatures.

Needless to say, Wegg-Prosser, Perrin, and the rest of the team behind the initial launch did not agree, but you don’t have to look far these days to find a plethora of dissenting voices damning e-petitions as, among other things, a waste of time, and of taxpayers’ money. Critiques of the system are wide ranging, from the Sunday Post, who argued that the fact ministers were forced to debate halting all immigration in 2015 was indicative of a system that wastes valuable time on idiotic ideas, to Emma Howard in The Guardian, who argued that, whilst petitions can be effective, the fact that almost half of all petitions submitted to the government’s petitions site are rejected reduces the initiative to “rarely more than a farce – and a destructive one at that.” Other commentators have been more forthright – writing for the Law Society Gazette in 2011, John Hyde referred to the epetitions website as a “Pandora’s box of steaming excrement,” and “like the Blue Peter Totaliser for nutters.”

Much of the criticism levelled at petitions seems to stem from the idea that they don’t make a difference, but simply allow armchair ‘slacktivists’ to feel like they’ve done their part without ever having to put any real effort into campaigning.

There is doubtless some truth to this – other than the road toll way back in the Blair era, it is difficult to find a petition that can be said to have definitively altered government policy. For example, the two drug policy petitions that have led to debates have not altered the government’s strategy when it comes to drugs. The response has been and remains the same: Drugs are harmful and should be banned, and drug policy is working because use is falling.

It’s a narrative that is very tempting to buy into, especially when it comes to an issue like drug policy reform. This is a fight that has been going on for decades not just in this country but all over the world, and yet, here at least, it can feel like there has been no progress in that time. Endless petitions haven’t changed the fact that drug use remains illegal, so why bother? At best you’re just wasting your time, at worst you’re being manipulated by a government that wants you to feel like you can make a difference when in reality you’ll just be ignored. 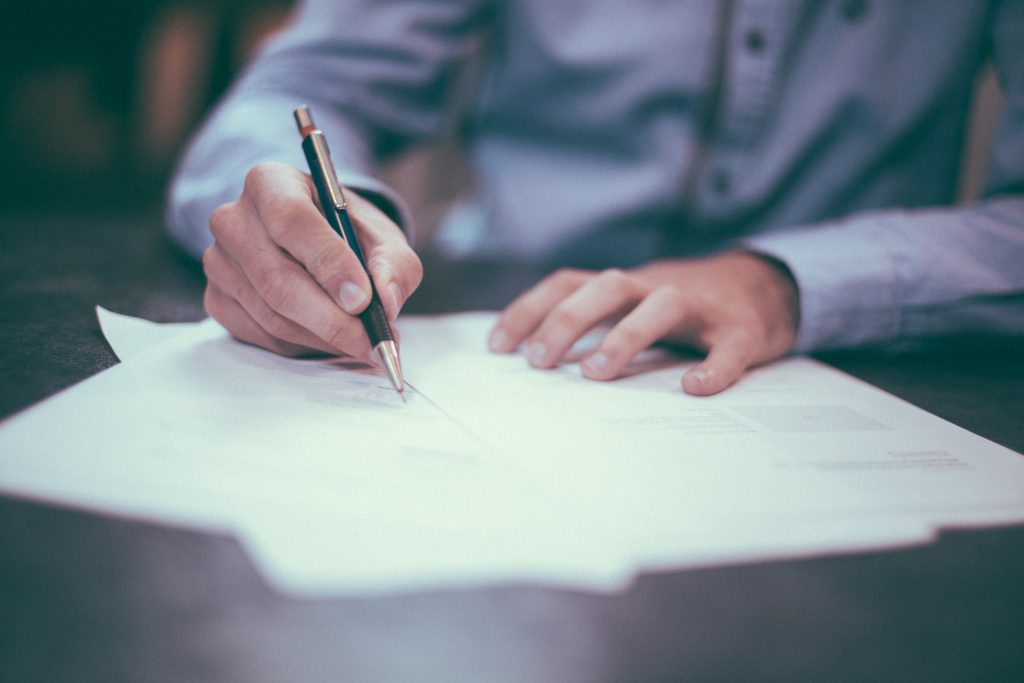 But is there more to it than that? It can certainly be argued that pessimism is often the easy way out – if you believe nothing will change then you can’t be too upset when it doesn’t. Naturally, with an issue as long-fought as drug policy reform, for many involved there have been far more disappointments than successes. But there have been successes, and to completely dismiss the role of petitions in achieving those successes seems a little disingenuous at best. Sure, they may not have brought the whole edifice of prohibition crumbling down just yet, but there is little doubt that they have helped to bring the issue to the attention of the nation is recent years, and that can hardly be a bad thing.

William Perrin describes petitions as “part of the tool kit for bringing an issue to prominence.”  But, he continues, “if you are building something you need more than one tool. Even the great petitions of the C19th weren’t  necessarily successful, but they brought issues to prominence.” What petitions provide may not be a total solution to every problem, but their purpose isn’t to do that, he explains. Rather, it is to “distribute tiny packets of hope.”

The power of hope should not be underestimated. In my experience, it is often the most seasoned and experienced campaigners who are the most pessimistic when it comes to petitions, but what they often miss is that petitions cannot be looked at in isolation.

Rather, they should be seen – at least in the best cases – as a moment in which weeks, months, even years worth of work by committed activists forces an issue, however briefly, to break through into the mainstream. The hope, then, is felt by new converts, who are exposed to the arguments for the first time free from the pessimism that often creeps in with time, but it should also be felt by the older heads. Their work has not been for nothing if, in that moment of breakthrough, the cause for which they are fighting moves forward one inch. If a petition helps it to do that – if it inspires one person to do more than just sign – then it has done its job.

The real problem, I believe, is that in the UK, there is often a lack of more visible, ‘real-world’ activism to go with the signing of petitions. In this sense the nay-sayers undoubtedly have a point. But the fact that we, as a country, do not seem to remember how to properly protest something does not mean that we should also throw out one of the only small tools we have to speak truth to power. We just have to relearn the art of protest. 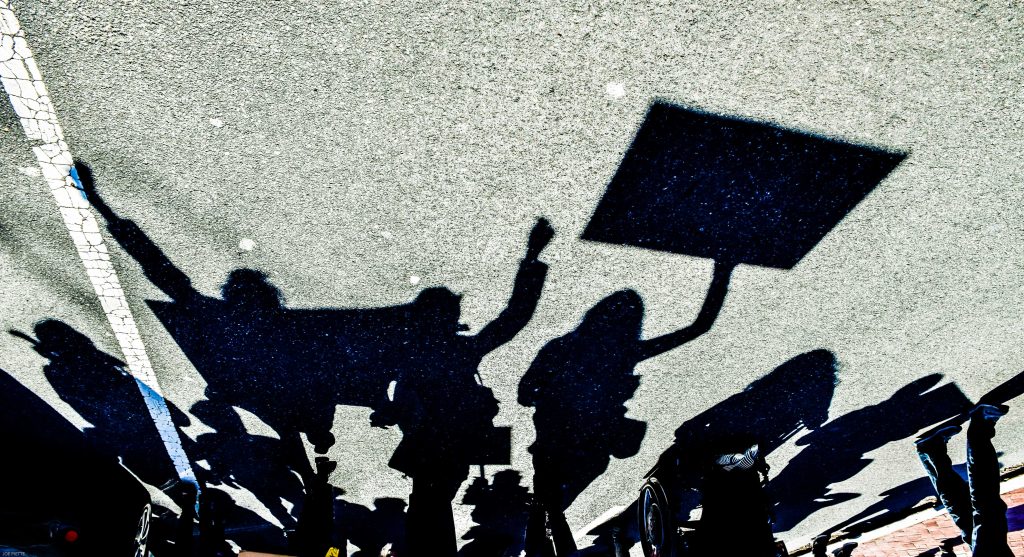 Right now, in Romania – a country that overthrew a brutal communist dictator a mere 27 years ago – the people are out on the streets in their hundreds of thousands protesting against the decriminalisation of corruption. They have even organised children’s marches, to teach the younger generation that the people have the power to hold the government to account. In contrast, the UK has had it so easy for so long that the public no longer seem to know how to ‘do’ political campaigning. We have been left with, for the most part, a country of ‘crisis activists’ rather than a politically engaged populous.

In her book, Hope In The Dark, Rebecca Solnit describes a similar phenomenon in the USA. “Americans,” she writes, “are good at responding to a crisis and then going home to let another crisis brew both because we imagine that the finality of death can be achieved in life…and because we tend to think of political engagement as something for emergencies rather than, as people in many other countries have imagined it, as a part and even a pleasure of everyday life.”

There is a terrible malaise in much of British activism that has been blamed by many on the prevalence of petitions, but this explanation ignores both the good that petitions can do – both to the individual and to the wider visibility of a cause – and the bigger picture: that the British public are completely disengaged from politics and particularly political activism. If we cannot find a way to fix that problem – and getting rid of epetitions would only, in my opinion, make it worse – then things are unlikely to change at any great speed, and those of us who do campaign every day are likely to continue to see only slow progress at best.

Cannabis in the UK To Engage With Political Parties