The Rapid Growth Of The Legal Cannabis Industry Is A Major Political, Social, And Economic Triumph

Earlier this month, Mark Kleiman – the doyen of public health academia – shared his Transatlantic Lessons, a stark warning of the potential perils of over commercialising cannabis.  Today, we have republished what is, essentially, a bold response to Kleiman’s concerns from Troy Dayton, Co-Founder of The Arcview Group with the following ‘profit-positive’ approach to the coming commercial cannabis wave. 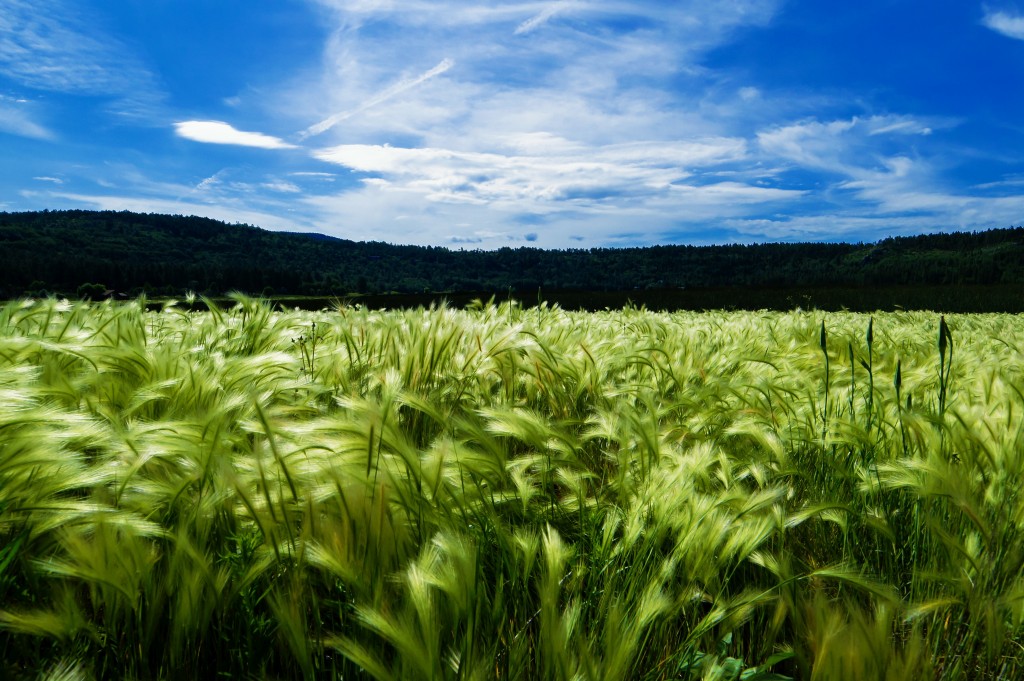 The rapid growth of the legal cannabis industry is a major political, social, and economic triumph. This swift political change has already saved hundreds of thousands from arrest. It is helping cannabis consumers not live in fear or feel like second-class citizens. It is leading to a renaissance in the acceptance of alternative herbal medicines as a legitimate treatment option. Economically, cannabis legalization represents one of the biggest opportunities of our lifetimes for the creation of wealth, jobs, and tax dollars.

When Steve DeAngelo and I started the cannabis investment and market research firm The ArcView Group in 2010, we did so because we believed that ending marijuana prohibition meant creating a responsible, politically engaged, and profitable legal cannabis industry. We understood that profit is one of the most powerful forces of change in the world. If we harnessed this power properly, it would hasten the day when not a single adult is punished for this plant.

If you really want something done in this world, one of the most effective ways to make it happen is to make it profitable, because then, people who don’t share your motivations will help you achieve your goal. There will always be a limit to how many people are primarily driven to end injustice and willing to devote time and money to it. Profit, on the other hand, is a universally potent motivator. Fortunately, cannabis legalization happens to be a social justice issue that revolves around a highly profitable product.

ArcView’s strategy was informed in part by my experience in the early renewable energy boom of the early 2000’s. The renewable energy industry was started by activists who wanted to create change in the world, but writing letters to members of Congress and hosting solar panel demonstrations only got us so far. This industry didn’t take off until there were profitable business models supported by savvy investors and entrepreneurs. The same exact story can be told of the booming organic foods industry.

It turns out, we “hippies” keep being right. Some of the best business opportunities of the last few decades bubbled up out of the counterculture from people who were primarily motivated by social change. However, it wasn’t until there was great profit to be made on those ideas that the impact that inspired the originators was realized.

Managing The Risks of Profit in the Legal Marijuana Economy

While profit, jobs, and tax money are becoming huge forces in helping to end marijuana prohibition, it is important to acknowledge and understand the challenges inherent in these powerful forces so that we can all work towards mitigating them.

One concern is whether businesses might only support legal changes that narrowly benefit their business to the exclusion of others. We witnessed this phenomenon rear its ugly head in Ohio last year, when a group of about a dozen wealthy businesspeople hatched a plan to pass a legalization ballot initiative that granted all cultivation licenses to the few people that donated large sums to the campaign. Thankfully, Ohio voters were able to distinguish between their majority support for cannabis legalization and their opposition to an oligopoly that would have squashed competition.

It appears that the Ohio situation is an anomaly, since the huge loss made it clear that this was an unsuccessful strategy. In other states, such as Nevada and Arizona, existing cannabis business owners are ponying up large sums of capital to help pass legalization initiatives that strike a fairer balance than the 2015 Ohio initiative. Luckily, this industry comes out of a social justice movement. So far, the movement has done a great job of creating a playing field where the industry requires the backing of the movement to succeed. This provides a remarkable checks-and-balances system, encouraging legislation that is both economically viable and achieves social justice goals.

Another concern about the development of the legal cannabis industry is that business owners may seek to profit from the efforts of activists without donating to change more laws. Current media reports would have us believe that most cannabis-related businesses are making money hand-over-fist and that legalization is inevitable. These two falsehoods form a very dangerous impression. The general population of legalization advocates now think that legalization is inevitable, so they feel like they don’t need to donate or take action. Some major philanthropists who got us this far think that since the industry is now viable, it no longer needs their help. While the legal cannabis industry is starting to donate to legislation change at an increasing pace, it still provides less than 15% of all funding going into such efforts.

There are several reasons for this disparity: 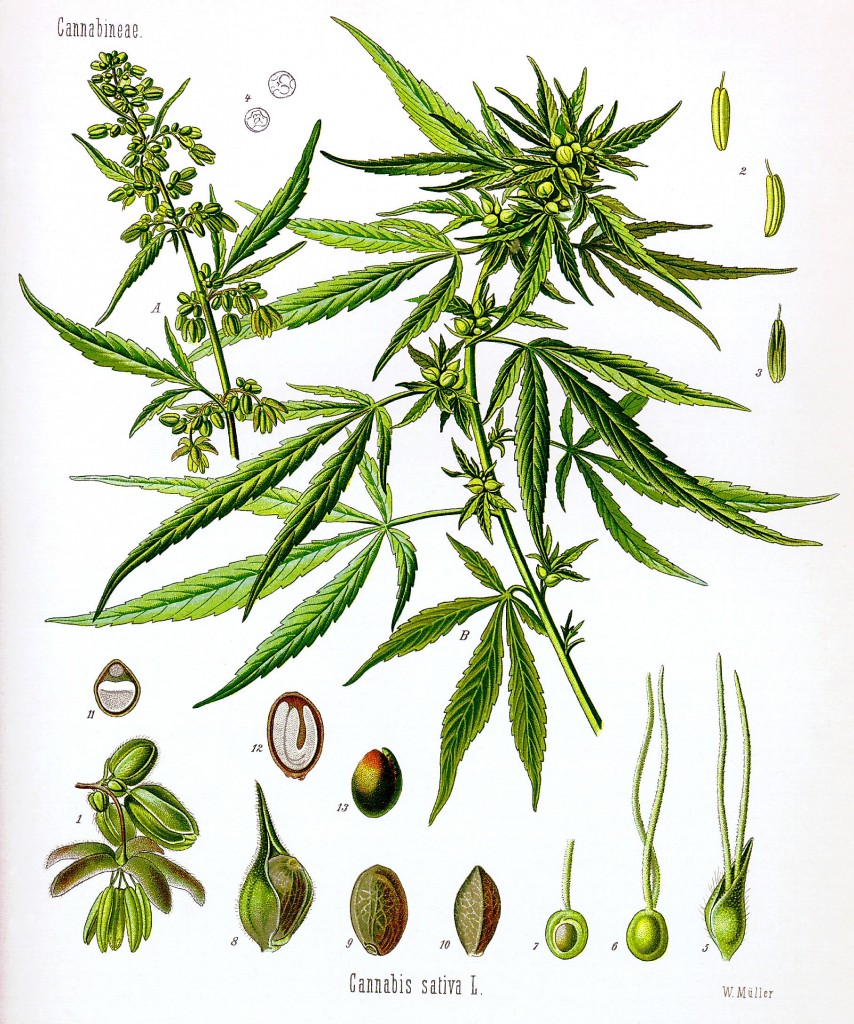 [READ] ‘Force of Nature’ – Could Commercial Cannabis Be The Next Wave of Social Enterprise in the UK?

There are a number of efforts underway to address the last challenge in particular. Over the last 3 years, we have raised just under $1 million at ArcView’s investor forums, and we continue to highlight the importance of responsibility for the movement. Another key effort in this direction came from cannabis consulting firm MedMen, who started the Pledge4Growth campaign to support the Marijuana Policy Project (MPP). MedMen is asking companies to commit to giving 0.42% of their revenue in donations to MPP, offering them all kinds of accolades and benefits for doing so. They are making great progress in getting businesses signed up for the program.

The biggest driver of donations from the industry, however, will likely come from the hunger to open up new markets from companies that have grown large enough to have the capital to make six to eight figure donations and the business infrastructure to actually capitalize on the opportunity that the new laws create. Right now, most companies are struggling to keep up with the growing demand, so they are less motivated to invest in the creation of more opportunities. As the industry matures, and companies develop, this will change.

A common fear about the corporatization of cannabis is that we will have another Big Tobacco on our hands. Indeed, this is the main argument being used by legalization’s seemingly only devoted opposition group, Project SAM.

A silver lining to cannabis prohibition lifting state-by-state, as opposed to federally all at once, is that big multinational companies are staying out of it. Any other multi-billion dollar market predicted to grow at a 30% compounded annual growth rate for the next five years would surely have the biggest venture capitalists and multi-national companies making plays, yet due to federal prohibition and international treaties, they are sitting this one out, for now. This means that the small and medium sized players have a very rare chance to be a part of one of the biggest industry booms in history without having to compete much for at least a few years. Indeed, many investors and entrepreneurs in the current market are betting that in four to five years they will have captured enough market share that, when the big players come in, they will seek to acquire existing companies rather than compete with them. This will create huge exits for the companies that accept their offers.

Even companies that don’t accept such offers will still benefit. Think about the craft brewery market. Any list of the top private investment opportunities will include craft brewing and distilling. Consumers’ growing demand for craft beers and spirits is cutting into the profits of big alcohol companies, leading them to get in on it by acquiring companies that meet that demand. Despite this, not everyone sells; many microbrewery businesses stay profitable for many years. I believe the same thing will happen in the cannabis industry.

Unlike Big Tobacco, who are knowingly selling a deadly and addictive product, cannabis doesn’t have the kinds of individual and societal harms that tobacco, alcohol, or pharmaceuticals do. To the degree that cannabis is a replacement for those substances, there will likely be a net benefit to society. Much like it’s considered a huge achievement for environmentalists that many fossil fuel companies are now investing into renewables, so too should it be heralded when big tobacco, alcohol, and pharmaceutical companies start investing in cannabis.

A New Kind of Industry

One of the most heart-warming and motivating aspects of this new legal cannabis industry is that it feels really different from other industries. Many people I know who are getting started in the cannabis industry have spent most of their lives in jobs where they had to hide their love of cannabis and other aspects of who they really are. In this new industry, people are energized and feel part of something larger, for they are making history together. This energy infuses every interaction. At ArcView meetings, it is common for people to hug each other as a greeting. So often, new members will tell me how this phenomenon made them realize they truly entered a new kind of industry.

People feel closer to each other in this industry in real ways. I think it has something to do with the fact that after meetings, many people consume cannabis together. Cannabis has a way of increasing empathy and curiosity and can help people remember what is most important to themselves and the world. The future will be filled with moral dilemmas for the soul of the cannabis industry, and thankfully, we have a great plant teacher and a decades long social justice movement to help us continue building a new kind of industry.

About MAPS | Founded in 1986, the Multidisciplinary Association for Psychedelic Studies (MAPS) is a 501(c)(3) non-profit research and educational organization that develops medical, legal, and cultural contexts for people to benefit from the careful uses of psychedelics and marijuana.

About Troy Dayton/The ArcView Group | Troy Dayton co-founded cannabis investment and research firm, The ArcView Group, in 2010 and serves as CEO. ArcView created the ArcView Investor Network where more than 500 high net-worth investors have pumped more than $67 million into 105 cannabis-related ventures and raised more than $815K for the legalization effort. ArcView also publishes The State of Legal Marijuana Markets, the most oft-cited market data and analysis report on the industry. ArcView co-founded Cannasure Insurance Services in 2011 and launched Canopy, a business accelerator in 2015. Troy is a board member of the Marijuana Policy Project and is a founding board member of the National Cannabis Industry Association. He is co-founder of Students for Sensible Drug Policy and also helped launch and served as the first sales director at Renewable Choice Energy, which was recently named the #1 green power provider by the EPA. In 2007–2008 he served as the Director of Development at MAPS. He can be reached at tdayton@arcviewgroup.com.

This article was originally published on weediabuzz | Courtesy of MAPS