Following on from his stirring case for cannabis legalisation, Liberal Democrat Councillor Gary Malcolm was interviewed by CISTA candidate Declan Wade for VolteFace.

Speaking via email, Malcolm revealed how he arrived at his position on drug reform, and elaborated on the ways in which the UK would benefit from changing its cannabis laws. 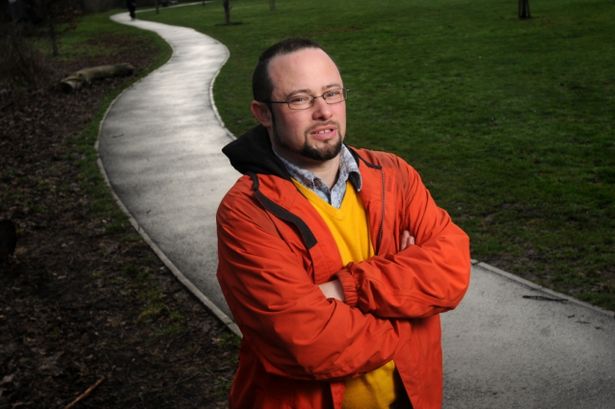 What made you realise that prohibition isn’t working, and what do you feel needs to change?

Prohibition failed for alcohol and has failed for cannabis. If the Government wants to stop the import of all cannabis and prosecute everyone who takes it then the country would not have the resources to educate, protect and provide all of the vital services that our country needs.

The best way is to legalise so that you can regulate and license cannabis related activity – this will yield safer products as illegal producers will be driven out of the market.

Where would you like to see the money generated by ending prohibition spent?

The savings, estimated to be about £200 million a year, would come through a number of areas but mainly through lower court costs and the need for fewer police. Enforcement officers would be able to ensure that licensed premise-holders are following the rules.

What do you attribute to your change in perception?

Over the past couple of years lots of new evidence has emerged. The arguments that many use to say that cannabis is harmful are quite often devoid of evidence and facts. By controlling the production, distribution and retail of cannabis, varieties that have passed the risk-benefit test will be readily available.

Currently some people are unnecessarily harmed because there are no controls, so many illegal organisations will produce products that are more harmful. Also I would say that having met someone who was terminally ill with cancer it is sensible to understand how those who are ill can use cannabis to help relieve pain.

Do you feel the war on drugs has failed to achieve the goals it set out to and has, as a result, created many unintended casualties?

I think that the so called ‘War on Drugs’ has not stopped either the import of illegal drugs nor stopped the use of drugs. There are some class A drugs which appear to have reduced availability but there are many people dying as the result of drug abuse, some due to drugs laced with toxic filler compounds.

Governments have failed to educate properly so that people can make informed judgements about risks (not just on drugs).

How has public perception of the ‘War on Drugs’ changed over the years?

I think the idea of a drugs war has been accepted insofar as it is a ‘war’ against class A drugs (but not really against cannabis). More recent surveys have shown that people are generally in favour of the legalisation of non-class A drugs like cannabis, due to people seeing few problems with cannabis on the whole. Also, police have adopted a more relaxed and informal approach to arresting cannabis users due to demands on time and expense.

I think that the phrase ‘War on Drugs’ is not one that appears too often nowadays – apart from when a person dies in a drug related event.

Out of the countries that have moved towards a regulated cannabis industry, which model would you like to see implemented in the UK if there was a change in law?

The Dutch model goes part of the way to where we need to go, but I think that the type of model that should be introduced is one where the whole process is regulated – from production to the retail aspect. This will help remove many of the criminal gangs who profit and cause problems.

If the government legalised and regulated cannabis then they could make a great deal of money which could could be funnelled into other areas of government activity such as health and education spending.

Would you support a full review of the UK drug laws starting with cannabis?

A full review would be fine but if I were the Prime Minister, and given the evidence from around the world, I would focus the review on how to ensure that cannabis can best be regulated so safety is maintained.

What is your opinion of the Psychoactive Substances Act due to come into force later this year?

I think this law is a blanket ban that does not use existing research properly. This will ban drugs that are not actually bad alongside banning some that are potentially harmful. The devil is always in the detail with laws like these.

It would have been better if more thought had gone through the drafting, as I can see that some types of research will not be able to be conducted. This means that some potentially useful drugs will never be made, which is a loss for patients suffering from mental and behavioural issues.

Gary Malcolm has been a Liberal Democrat Councillor on Ealing Council for the last 15 years.

The Problem with Prescriptions

Opinion: Safer Injection Facilities | The Case for the Peer-Led Model