The Problem with Prescriptions

The British Medical Association (BMA) recommended last week that a 24-hour helpline be introduced to help ‘individuals affected by prescribed drugs associated with dependence and withdrawal’.

More specifically, their calls refer to the harms caused by Benzodiazepines, an umbrella term used for a group of pills – Xanax, Valium, Diazepam are the household names – used to treat pain, trauma and severe anxiety. And, of course, while a great deal of those who are prescribed them find short term success in alleviating their conditions, those who take them for longer periods have found that they actually exacerbate their conditions.

‘Benzos’, however, are nothing new. In 1976, prescription levels for Benzodiazepines hit 32 million in Britain, a number well over half of the 50 million population. Even then, negative publicity caused by their deleterious, long term effects on patients health, took hold, resulting in a gradual decline in prescriptions, which fell to 18 million by the 2000s.

But this relatively rapid reduction in numbers, it now appears, does not represent a solution to the public health problems posed by ‘Benzos’.

The BMA’s recommendations spurred a fresh influx of prescription pill horror stories in the media, and, as the BBC invited readers and listeners to share their experiences of Benzodiazepine dependency and withdrawal, tales of debilitation and anguish akin to those more commonly associated with the likes of long term heroin addicts emerged to startling effect. 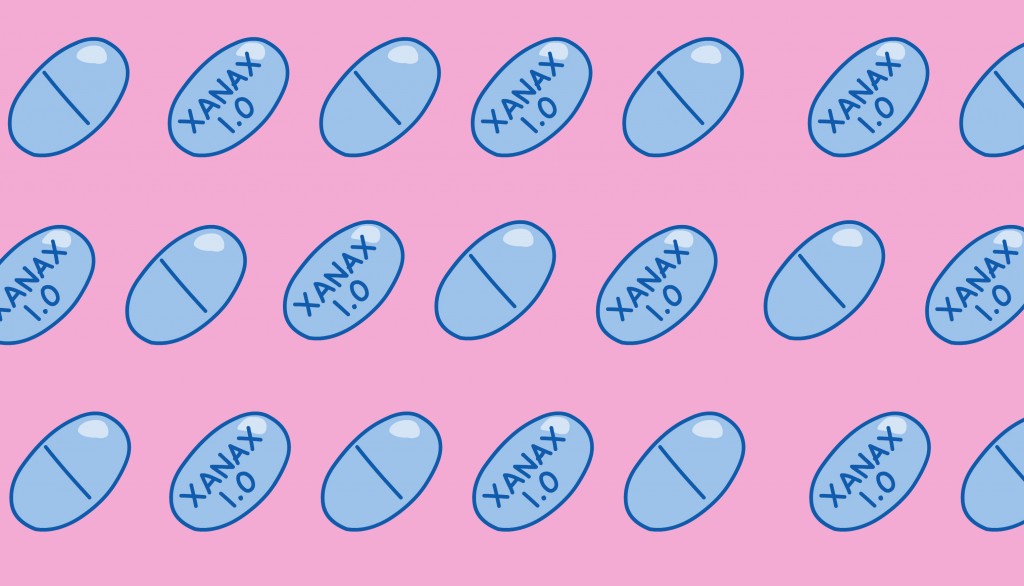 Radio 5 Live Investigates invited listeners to share their stories of problematic prescription pills, and the response was overwhelming. Host Adrian Goldberg expressed his incredulity at the horror stories that came pouring in like they had done for no other issue the programme had ever addressed before, describing the case as like discovering ‘a generation of addicts’. Goldberg spoke to Jan Waterton, 62, from Cornwall, who had been originally prescribed Benzodiazepines for pain relief following surgery in 1992. She described unbearable withdrawal symptoms – including muscle spasms and massive electric shocks in her brain – that blighted her life for the 18 years it took her to fully come off the pills.

Here are just a handful of the similarly unsettling Benzodiazepine stories the BBC collated online:

Brigitte, from Exeter, said: “I couldn’t walk and was experiencing the most horrendous sensory sensations. My muscles were burning, I had facial twitches, terrible night sweats and numbness on my forehead.”

Pauline, from Hertfordshire, said: “I look and feel like a drug addict, I can’t focus my eyes. My eyes are like slits even if I’ve not been crying. I cannot sleep at all, and because it seems my body realises it is not getting the drug, every day is living hell.”

Christine said: “The fatigue is so bad that I have to go to bed in the afternoons and can do very little. I feel dizzy, nauseous, have blurred vision and a headache at the back of my head and on top.”

Indeed, Pandora’s pill box has been opened up once more.

In the digital age, however, such stories cannot be repressed by the eventual dwindling of media interest. Take Claire Hanley, who has chronicled her campaign to raise awareness of Benzodiazepine related illness through video blogs, her anti-benzo testimonies are preserved online to provide refuge and guidance for those experiencing similar difficulties.

In her videos, Hanley repeatedly describes Benzodiazepine Withdrawal Syndrome as “horrific”, and makes reference to a litany of nasty side effects, including muscle spasms, panic attacks and double vision.

Strikingly, Hanley testifies that, after first being prescribed Xanax, and then Diazepam and Temazepam for anxiety, the Benzodiazepines actually left her beleaguered with frequent suicidal thoughts. What’s more, Hanley’s Doctor claimed that the medication was safe for long term use, a claim which proved to be a gross misrepresentation. Hanley describes herself as feeling “chemically violated” by medication she was not informed would be harmful.

Hanley’s is a similarly tragic tale to that of Jan Waterton, and indeed that of a great many in the UK who have been trapped, for decades in some cases, in the limbo of prescription withdrawal and dependency. Empowered by social media, Hanley can share her warning, offer support, and build a community with the view to public recognition of her plight. In her most recent video Hanley welcomes the BMA’s proposal for a 24-hour helpline for those with PDD, describing it as “the first step [towards] legitimising the pain we are going through”.

In the USA, problematic prescription drug related issues have elbowed their way into the mainstream.

Prescription for Change: Ending America’s Opioid Crisis – a documentary produced by MTV – features chart-topping pop star Macklemore in conversation with President Barack Obama on the subject of opioids, another group of prescription drugs, like Benzodiazepines, mired in widespread problematic dependency. High profile documentaries such as Prescription for Change have done something to legitimise the issue, and elicit more wide scale public sympathy and support stateside.

Meanwhile, Claire Hanley tells me over the phone that her personal wish is “that the doctors [prescribing herself and others Benzodiazepines] showed humility.” During our conversation, Hanley repeatedly stresses the importance of the Ashton Manual – a guide to safely coming off Benzodiazepines – and laments the continual insouciance of medical professionals she has been referred to during her day-to-day struggle with her the side effects of her medication, who, it appears, refuse to acknowledge the urgency for a careful retraction from the pills.

The BMA’s recommendations arrive on the back of pressure from the All-Party Parliamentary Group for Prescribed Drug Dependence.

Drug information and policy analyst Harry Shapiro, who works closely with the group, and has produced a report that describes the subject of opioid dependency as ‘chronically under-researched’ in the UK. Like Hanley, Shapiro stresses the necessity for improved education for medical professionals regarding prescription drug related harm. Shapiro explains that the UK has become, essentially, an “over-medicalised society” due to the “inactivity of government”. This has led to the establishment of what Shapiro describes as an “unholy trinity” between pressured Doctors (who often only have ten minutes allocated per patient they see), patients with high expectations (hoping, understandably, for a fast working cure) and advertising and lobbying from the pharmaceutical industry. 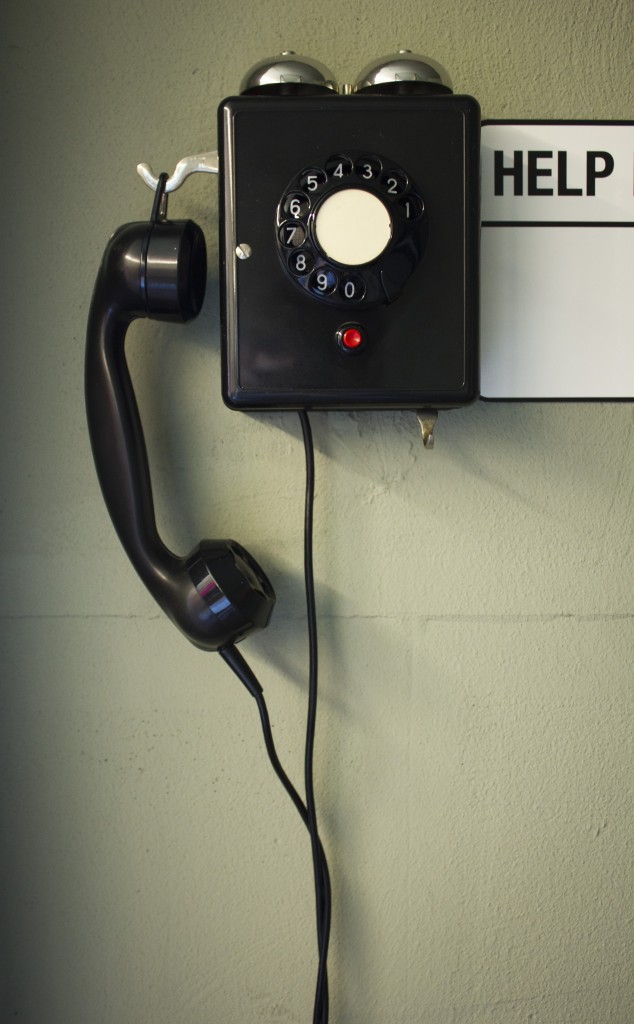 Is a 24-hour helpline enough to cope with the crisis at hand? Shapiro returns to Hanley’s point regarding education, professionals need to properly educated if they are in any position to provide effective support on the other end of the phone-line. This education would involve a more holistic approach to treating prescription drug dependency, incorporating counselling and exercising, as a means of breaking free of the rut patients find themselves in, quite often passed from one drug to another, resulting in sustained mental and physical inertia, all rather antithetical to proper recovery.

Shapiro tells me that Dr Chris Van Tulleken, better known as the BBC’s Doctor Who Gave Up Drugs, has been in attendance at a recent meeting of the APPG group investigating prescription drug dependency. Van Tulleken has reported promising breakthroughs as part of his ‘social experiment’ – involving his encouraging patients to reduce their reliance on prescription drugs, in favour of therapy and training – captured in the recent BBC documentary series. I hear via Shapiro that Van Tulleken is beginning to get positive results with his patients, some of whom are, reportedly, gradually reducing their dosage, hope for a prescription free life beginning to flicker, become possible and palpable. Indeed one senses prospects brightening all round, as prescription drug dependents begin talking, being talked about, and their plight now gradually becoming legitimised in the public eye, becoming measurable, manageable, and eventually fixable.

How To Campaign: Jon Liebling