In light of next week’s ‘Dopeworld Discussion: An Insight into the criminal underworld of drugs’ event at Volteface, the author Niko Vorobyov has provided us this essay, which was originally intended for the book.

There are limited free tickets for next week’s discussion available via this link.

China missed out on the Sixties. While everyone else was getting down with free love and Flower Power, they were all getting slaughtered in the Cultural Revolution, Chairman Mao’s purge of class enemies and other miscreants. Millions died. But while the horrors of that era are well-known, what’s less clear is how the rise of communism was precipitated by a hatred of psychoactive substances so extreme, it would make Ronald Reagan look like Lindsay Lohan at a Peruvian tea party.

Even though I’m a total brocialist, bleeding heart liberal social justice warrior, I have to admit: the worst war on drugs was waged by the communists.

China’s enmity towards all things psychoactive stems from the 1839-1860 Opium Wars. In the 17th century Britain had come to dominate the opium market under the monopoly of the East India Company, which controlled India and had the best quality opium in the world from Bengal. The English had cravings of their own, drinking so much tea they caused a trade deficit. So to balance the books, they started shipping opium to China.

This opened up a debate at the emperor’s court, with one side saying taxes would fill the imperial coffers while others claimed this would spread addiction and undermine Chinese morals with Western debauchery. The hardliners won in the end, and opium was banned by imperial decree. In 1839 the emperor sent his special commissioner, Lin Zexu, to surround Britain’s enclave of Canton, which was a smuggling base for the East India Company. Britain called in the warships and pummelled the Chinese with cannon fire till they surrendered; seizing Hong Kong and making China sign the ‘unequal treaties’, leaving it occupied by foreign powers for the next hundred years.

For China, opium became forever linked with weakness and the Century of Humiliation, which lasted until 1949 and (surprise, surprise) the rise of the communist party. But China (and the rest of the world) had used opium for thousands of years, so how much of this drug-pushing imperialism was actually true?

British history is pretty much going to places, saying, “This is mine. Oh, you think this is yours? Where’s your gunpowder, then?” There’s no question the British acted atrociously: they attacked, invaded and humiliated a sovereign nation. But when it comes to opium, they might better be described as enablers. 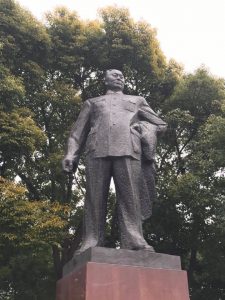 An entire opium-smoking subculture emerged in China. Opium dens became a hangout spot, not unlike the watering holes frequented by City workers today. Unlike the bars though, they were a lot less rowdy. But above all else opium was used, as elsewhere, medicinally – as a painkiller, to stop diarrhoea, etc. – especially in parts of the rural, tropical south where there weren’t as many doctors. I’m not saying it was harmless, but I’m not saying it was all bad, either.

There wouldn’t be supply if there wasn’t demand. I remember at uni, one of my friends saw a niche in the market – no-one in his hometown was selling sex toys. As it turned out, the reason was because none of the (mostly elderly) residents had a particularly high libido. In other words, you can ship as much dope to Peking as you like, but if no-one wants to buy it, you’re gonna end up like my friend, sat in his house surrounded by boxes of big, black, rubber phalluses.

Just before the war, commissioner Lin Zexu sent an open letter to Queen Victoria, where he called out Her Majesty for prohibiting opium “with the utmost strictness and severity”, while simultaneously exporting this menace to China. But opium was available, quite freely, until 1868. Even William Gladstone, who questioned the morality of the Opium Wars in Parliament, probably made those speeches while high after sipping laudanum (an opium concoction) in his morning coffee. And if Rory Stewart’s chasing the dragon is anything to go by, it doesn’t look like much has changed.

So contrary to official propaganda, the Chinese were not forced to take opium, nor did they all become hopeless addicts (unless you take the racially-suspect view that foppish British dandies can handle their smack better than feeble-minded Chinese).

That’s not to say there wasn’t a drug problem. The emperor didn’t just imagine his country was full of addicts. But China had other problems too. Her defeat in the Opium Wars wasn’t because her forces were enfeebled smokers – the Qing dynasty was on the verge of falling apart anyway, through civil wars, corruption and famine. The Brits just what they always do: show up with the big guns and bully other nations into getting what they want.

Bit-by-bit, the world’s most ancient civilisation descended into lawlessness. By the 1930s, whatever hadn’t been colonised was being carved up by warlords and criminals like Shanghai’s notorious Green Gang. Like whiskey in Chicago for Al Capone, their entire livelihoods depended on opium being illegal — when you can’t get it from a corner shop you’ll get it from a dodgy guy in a back alley. 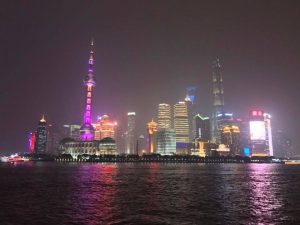 After World War II, fighting broke out between Chinese nationalists and the Communist Party. In 1949 the reds got the upper hand and set about restoring China’s national pride. First on the agenda was opium. Official propaganda portrayed the drug scourge as a Western imperialist plot as whole sections of Chinese society were flipped turned upside-down: poppy fields were razed, dealers were shot or sent to ‘re-education’ camps en-masse, people informed on their relatives and addicts were sentenced to hard labour.

One such addict was Wanrong, the last emperor’s consort. Forcibly married to his Highness when she was seventeen, she never got the chance to experience life outside the royal household and began hitting the opium pipe. Her condition only got worse when the emperor found out she was having an affair and had her newborn daughter killed by fatal injection. When she was captured by communists in 1946 they kept her locked in a cage where soldiers went by, laughing and jeering as she went into withdrawal and begged for her medicine. But none was given, and she passed out in her own piss and shit, screaming and hallucinating for her baby girl. In the end the guards refused to feed her, and she starved to death while in withdrawal. Sadly, these kind of stories are all too common, and not just in communist regimes.

Once Mao was firmly in power, the rest, as they say, is history. Even the Communist Party later condemned the Cultural Revolution, although they laid the blame at the feet of his wife. Meanwhile, in British-administered Hong Kong, opium dens stayed open until 1943 when the colonial monopoly ended and the hardcore junkies switched to heroin. While opium’s addictive, of course, heroin’s a whole other beast. Besides being more potent (and so easier to smuggle), unlike opium, heroin and morphine are usually injected, and the dirty needles spread diseases. 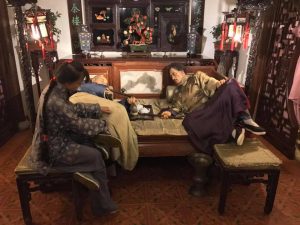 In other words, banning opium caused more problems than it solved. Opium, and even heroin, on their own are a manageable habit, just about – the main problems for an addict are getting the money and having a clean supply. Overpriced dope peddled by Asian Al Capone solves neither of those, but it does lead to this kind of circular logic of evil dealers, helpless addicts and only stamping out drugs is the answer. The image of the poor, weak addict, driven to opium by a Western conspiracy, played right into the hands of Mao Zedong.

And that’s why China enjoys such an unhappy relationship with narcotics today — not just opium, but all drugs. While the revolutionary fervour of the Mao years is over and the sun’s set on the labour camps, police are still raid nightclubs, forcing everyone inside to take a tinkle test. If your pee-pee comes back positive, you could be bundled away to a prison-like rehab facility for up to two years – and that’s without stealing anything, or hurting anyone. Two years! In 2014, Jackie Chan’s son Jaycee was caught smoking grass in the privacy of his own home and spent six months in jail, while Jackie, in a bout of reefer madness, called for his son’s generous suppliers to be put to death immediately.

A communist revolution, in theory, has noble goals at heart, and China’s achieved a lot in the past few decades. But human beings aren’t robots — you can completely upend society, but you can’t change human nature. People are always gonna get high. They have for millennia.

Niko Vorobyov is a government-certified (convicted) drug dealer turned writer and author of the book Dopeworld, about the international drug trade. You can follow him @Lemmiwinks_III

The views expressed in this piece may reflect those of the author but do not express the views of Volteface as an organisation.