Doom and Gloom in the Age of Rodrigo Duterte

Now that 2016 is over, it is slowly dawning on the world that its horrors are far from finished. We all knew it, of course, but few were brave enough to admit it. The year that brought so much pain and suffering, eroded what we’ve taken to be sacred for so long, and killed our darlings by the boatload, was no self-contained aberration. It was just the beginning.

There are those who have tried to be optimistic about the future, and they should be applauded for that. Indeed, it is certainly true that within the drug policy realm at least, there is much to be optimistic about. Canada will legalise and regulate cannabis this year, as will California. Harm reduction measures are taking hold across the planet. There are even parts of the UK which are not quite as backward as the whole.

But beware, all of the progress made over the past 20 years is at risk. Most obviously, from Trump and his band of ideologues and reactionaries, particularly his pick for Attorney General, Jeff Sessions. It would take very little effort for them to return the USA to 80s-era drug war rhetoric and action. But that is a fight that is still to come, and one for which reformers are, it would appear, well prepared. 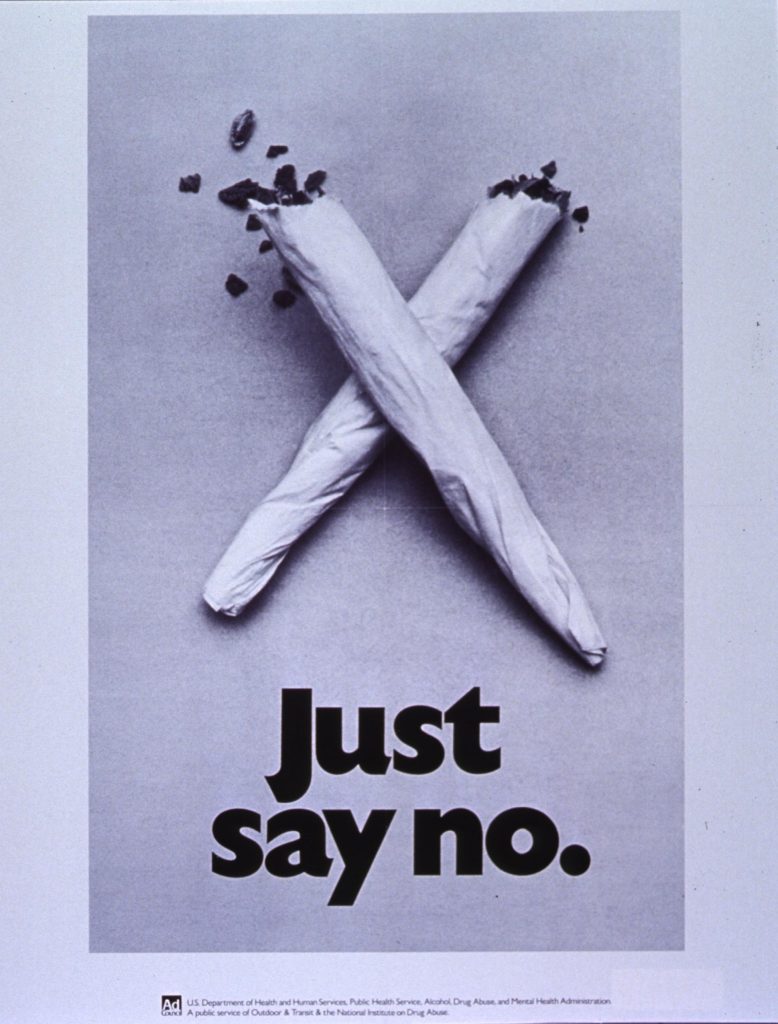 On the other side of the globe, however, there is a war already raging, and it is one that is proving more difficult to fight.

I am speaking of course of The Philippines, and President Duterte’s savage crackdown on drug use which has left thousands dead and thousands more living in a state of constant fear. It was one of 2016’s most appalling human tragedies, and looks set to continue unabated.

In May, Duterte won the Presidency with a promise to eradicate all drug use, and indeed all crime, within months. Key to that vision was his vow to kill criminals by the thousands. He urged citizens to murder drug users themselves, and even appeared to claim that he would kill them personally. He ordered the police to adopt a shoot-to-kill policy, and even allegedly offered them a bounty for dead drug users.

As a result, extra-judicial killings have quickly become the norm. As of mid-December, there had been over 4000 deaths, the vast majority of which remain ‘unexplained,’ according to the Philippine National Police. The true figure is likely to be far higher – at least as high as 6000. And of course, those deaths inevitably include many people who had nothing to do with the drug trade whatsoever. On January first, Channel NewsAsia’s YouTube channel published an interview with a hired killer who explained how Duterte’s drug war has provided the perfect cover for his assassinations. “It’s all so simple. I’ll just throw a pack of meth or a gun. Then there is nothing to investigate, because the body has been tagged as a pusher” he said.

Even more tragic are the children caught in the crossfire, like Kristine Joy Sailog – known as Tin-Tin, or Bunso, the Filipino word for youngest – a 12-year-old gunned down by vigilantes as she attended Christmas Mass with her mother on December 21st, her brother’s birthday.

Duterte’s Drug War has been a tragic exposé of the horrific consequences of waging an all-out war on drugs.

Thousands have been murdered in the streets – mostly poverty-stricken young men forced into stimulant use in order to work long hours for terrible pay, simply to feed their families. Families who have no hope of ever seeing justice served. Gangs have, ironically, prospered, as the drug war provides them with the perfect opportunity to take out their rivals and increase their prices and profit margins. As always, the poorest and most vulnerable have paid the highest cost, and families like that of Tin-Tin Sailog are left picking up the pieces, and trying in vain to piece their shattered lives back together.

But like every crackdown before it, this is not really an all-out war on drugs at all. It is a war on some users of some drugs. The official name given to this war by the government is Project Tokhang, a name derived from a phrase meaning “knock and plead” in Cebuano, Mr. Duterte’s first language. The name seems painfully ironic in Manila’s slums, terrorised as they are by police and vigilantes out to kill. There is no knock or plead to be found there. But like all so-called ‘drug wars,’ things are different where the rich people live. “In affluent neighborhoods of gated communities and estates,” writes Daniel Berehulak for the New York Times, “there is, indeed, sometimes a polite knock on the door, an officer handing a pamphlet detailing the repercussions of drug use to the housekeeper who answers.”

The name seems almost like some kind of sick joke, and its punchline is certainly vomit-inducing. President Duterte, scourge of drug users, leader of death squads, is, it has emerged, a drug user himself. He may even have been an addict, if he isn’t still one now. In December, Duterte admitted that he has for some time used Fentanyl, a powerful opiate responsible for countless overdose deaths – including the death of the legendary musician Prince in April 2016. The President even admitted to doubling his dose, against the wishes of his doctor, but denied being an addict because the drug is prescribed. “Addiction is only with regularity, my friend” he told the BBC. 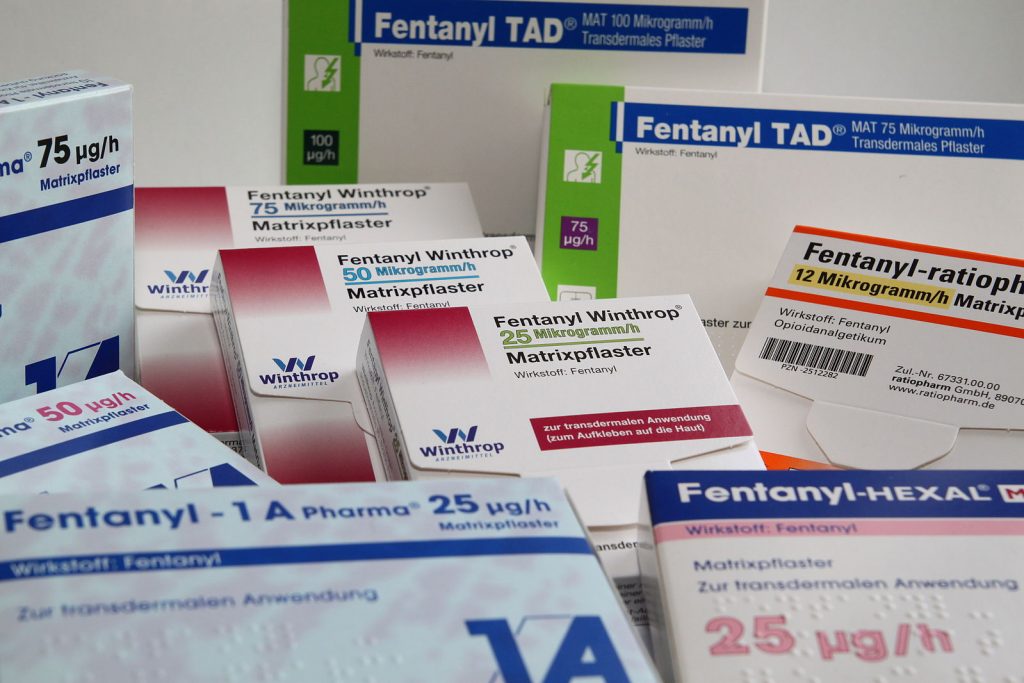 Duterte’s fiercest critics within the Philippines even claim that his Fentanyl use may be the root cause of his volatility and apparent paranoia.“Duterte should stop taking Fentanyl because obviously it has already driven him to madness and to fits of paranoia where everyone he sees is either a drug addict or drug lord,” alleged Sen. Leila De Lima, a vocal opponent to Duterte’s extrajudicial killings, who has herself been accused by Duterte of being involved in the drug trade, something she vehemently denies.

Whether or not his drug use has played a part in his desire to “slaughter” drug users, what is clear is that Duterte, if his claims are to be believed, is guilty of astounding hypocrisy. But it is a hypocrisy which is far from limited to the Philippines. Since the beginning of the global war on drugs, the idea that drug users deserve punishment has been predicated on the absurd notion that some drug use is immoral, whilst the rest is not. Fentanyl is of course a drug with genuine medical value, and when prescribed properly can be used relatively safely. But its use – sanctioned by the law and by society – can still lead to addiction, and to the use of ‘street’ opiates such as heroin. At what point does this drug use turn from a medical issue into a criminal, or moral, one? Would Duterte be happy to murder Fentanyl users who had not been prescribed the drug? Or who had been prescribed it, had become addicted, and had begun buying it on the streets? These are questions which deserve answers, but will of course not get them. They betray the absolute lack of logic at work in the mind of the drug warrior.

The emergence of Fentanyl in the US has helped fuel what many are calling an ‘opiate epidemic’ there, and as such it is highly ironic that President Duterte should admit to using it just as President Trump is about to sworn in. The ‘epidemic’ of opiate overdoses in the states is a genuine crisis that Trump will not be able to ignore. If, as Duterte has alleged, Trump is supportive of the Filipino leader’s murderous tactics, these could be worrying times for the fledgling US harm reduction ‘industry.’ On the other hand, should Trump follow President Obama in condemning Duterte’s actions, he would do well to remember that the drug war at home is based on the same flawed logic as it is in the Philippines, even if America’s dead are not quite so painfully visible.

How Easy is it for Young People to Access ‘Skunk’ in the UK?