How Easy is it for Young People to Access ‘Skunk’ in the UK?

Whether it’s knocking on a door down the road, making a quick call, or agreeing a deal on the way to school, there’s no ID necessary and no questions asked: teenagers in London never have to venture too far to find ‘Skunk’.

In fact, they find the highly potent form of the Class B drug cannabis much easier to buy than both alcohol and cigarettes, where regulation steps in and requires them to prove that they are old enough.

No such barriers seem to exist when it comes to buying cannabis.

The country’s most popular illicit drug, the average age people start smoking it is 14.

But, for most young people today, it is the stronger, more harmful and seemingly ubiquitous variety of cannabis – high in the cannabinoid THC and low in CBD – and known universally as skunk, that is finding its way into their hands.

To investigate how easy it is for young people to buy cannabis and the risks that come with this, Volteface carried out a nationwide survey and spoke to a group of users and non-users, aged 15-17, from London.

Without chemical analysis, we can’t know for certain what type of cannabis young people are consuming, but we could find out what they thought it was.

The results showed that the overwhelming majority of people said they used skunk, with many reporting that was the only form of cannabis they could get.

And Volteface’s research suggests that skunk is very easy for young people, particularly in urban areas, to get hold of it.

Indeed, when asked how easy it is to buy cannabis, how often they smoked it or whether any of them had ever had any trouble getting the drug because of their age, the teenagers Volteface interviewed collapsed into laughter at how “ridiculous” these questions were.

In their world, these aren’t things they need to think much about, they are a given.

The cannabis most commonly smoked in the UK, in and before the 1990s, was the low-potency hash. This changed as the decade progressed and the development of high potency strains such as skunk came to dominate the market in the Netherlands – a trend which found its way here.

With this in mind, Volteface’s research raises important questions about how much autonomy young people living in areas like London really have when it comes to the cannabis they are smoking.

Unlike previous generations, skunk – and closely related strains, high in THC and low in CBD – is perhaps all they will have known, with these varieties accounting for 80-95% of the cannabis sold illegally on Britain’s streets, according to most recent analyses.

How clued-up are today’s young cannabis users as to where and how to find regular weed, safer strains and the benefits of why they might want to do this? 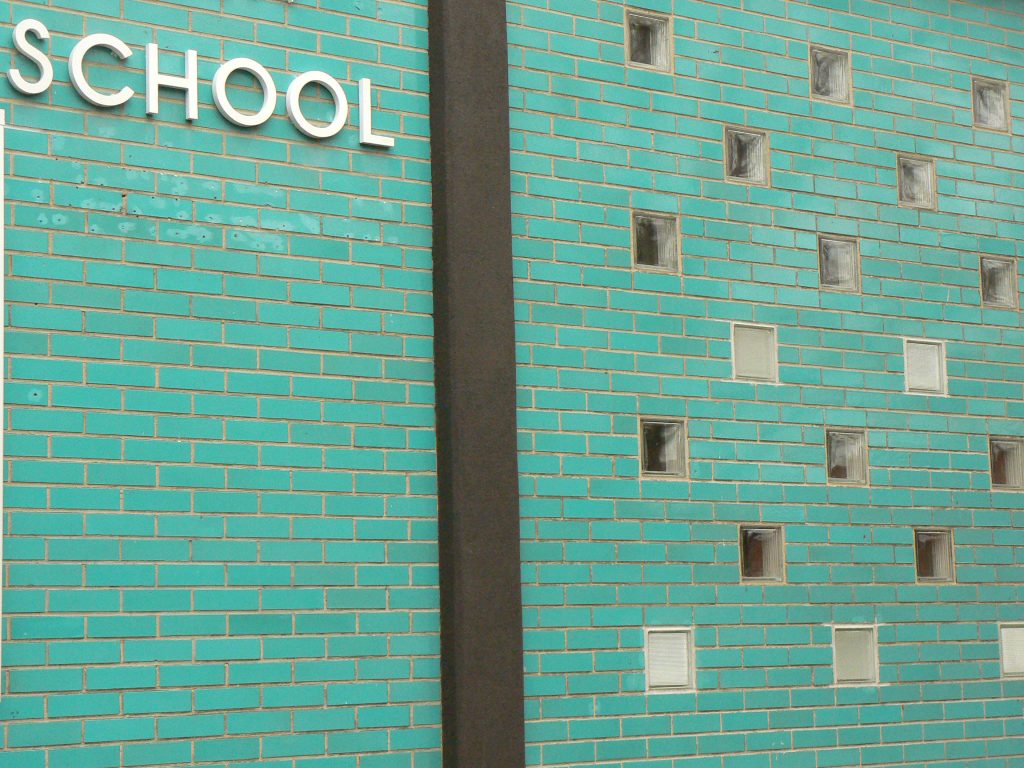 Under the Misuse of Drugs Act 1971, anyone caught in possession of cannabis could (in theory, but rarely in practice) face five years in prison or an unlimited fine.

Deterrence and censure – the law’s intentions are clear, and young people are well aware of the prohibition. Nevertheless, this doesn’t stop them from wanting to buy cannabis.

76% of those who completed Volteface’s survey, and several of the teenagers interviewed, said they were worried about getting into trouble with the police.

But, one 16-year-old Volteface spoke to was still smoking it, despite one occasion on which “I went straight to the cells for having 0.6 grams of weed on me” and his mother being called to collect him.

It appears that the only real barrier when it comes to young people getting cannabis is money: the supply comes to them.

“If you’ve got the money, you can get cannabis, no problem,” said a 17-year-old user from London.

A 16-year-old added: “When we’re walking to school people come up and ask if we want to buy weed.”

“If they think you’re the kind of person who smokes weed, they might just come up to you and ask you to take their number and then you just call them,” said another.

One teenager said that if a group are seen smoking cigarettes, they could be approached by cannabis dealers.

Although those interviewed in London for the research said cigarettes were seen as the most “socially acceptable” substance, most said it was still much easier to buy cannabis than tobacco.

As regulated products with a minimum age requirement, young people wanting to buy alcohol and cigarettes from any retail outlet must be able to show they are at least 18.

With cannabis, no such difficulty gets in the way.

96% of those who completed Volteface’s nationwide survey and said it was “extremely easy” for them to find cannabis were from cities.

“Getting tobacco is harder than getting cannabis, 100%,” said one of the group interviewed.

“It’s legit if you have the money. There’s times when you got the money for tobacco, but you’re not going to get served inside the shop as you’re too young.”

“Weed is the easiest thing out of cannabis, cigarettes and alcohol to get because you don’t have to have ID.”

Some of the teenagers said they sometimes tried their luck by asking an older young person standing outside a shop to go in and buy some drinks for them, but that this was rare.

In any case, as some of them pointed out, shops shut.

Dealers don’t close for business at 11pm on a Friday night.

Cannabis, more than cigarettes and alcohol, is seen as a greater part of the ‘every day’ lives of the young people smoking it, Volteface’s research showed.

“You don’t need a motive to smoke it” is how one 16-year-old from London summed up its popularity.

“When I wake up, at lunch… any time I can,” said another teenager about when they smoked it.

“If I’m not doing anything and I’ve got money, I’ll buy some and smoke it”.

“It just chills you out,” another added.

Whereas other drugs such as LSD, ecstasy and magic mushrooms, as well as alcohol, are used by young people “every few weeks” at parties or on nights out, the young people we interviewed said they often smoked a joint while listening to music, gaming, relaxing by themselves or with friends.

Most of the teenagers we spoke to in London said they smoked cannabis more commonly on weekends and week nights, but some said they smoked it during school hours, with one 16-year-old stating: “I smoke when I wake up”.

On average, the group spent £30 every three days on the drug.

In fact, this seemed to be the group’s biggest problem with cannabis, with one commenting: “If I think about all the money I could have saved by now…” 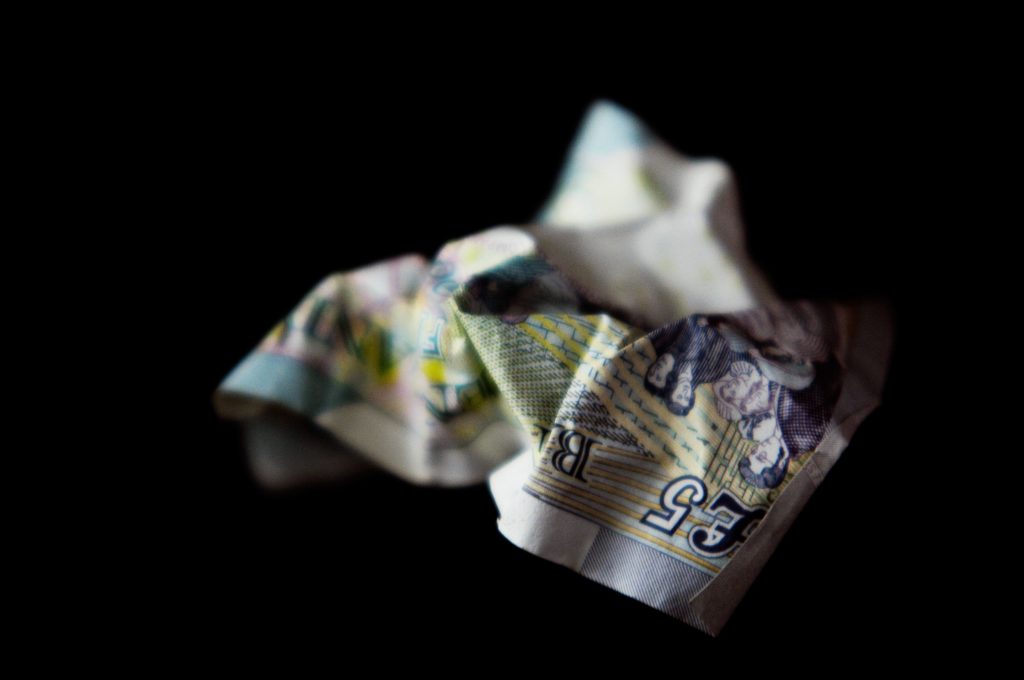 The most striking finding confirmed by Volteface’s research was the extent to which young people, to their knowledge at least, are smoking skunk, rather than any other form of weed.

The majority of the teenagers interviewed in London said they smoked skunk, which has come to dominate the market as the cheapest way to get really high.

THC gets smokers ‘high’. It has also been correlated, particularly when consumed in high concentrations, with greater incidences of psychosis and development of dependence.

CBD while not psychoactive itself, modifies the effects of THC, including reducing its anxiety and paranoia-inducing effects. It also, crucially, significantly lessens both the incidence of psychosis when people consume it alongside THC, and seems to make cannabis less dependence forming.

Whereas other forms of weed often contain the two substances in more equal ratios, skunk tends to contain solely high amounts of THC and hardly any CBD.

The teenagers Volteface interviewed were aware of the distinction between weed and skunk and the difference in their potential harmfulness, but the sheer ease of availability of the latter meant they were continuing to smoke it. Convenience trumps effort.

“We don’t smoke weed, we smoke skunk. But skunk is more available,” one 16-year-old said.

“Skunk is bare chemicals and THC to make it stronger. It’s much more available,” another added.

“My mum thinks I should smoke Thai because skunk will make you crazy,” said another 17-year-old.

A 16-year-old agreed: “My mum says I should smoke high grade rather than skunk because it’s gonna turn me mental.”

“When you first start buying weed, you don’t actually know what you’re buying. Now you can ask them what it is and they’ll tell you,” another teenager added.

The causality between cannabis use and psychosis has been questioned though, with the possibility that those more likely to take the drug are also more prone to psychosis in the first place.

When asked whether they worried about the effects of skunk on their mental health, one teenager said: “Yeah – it’s when I’m older isn’t it? Long-term effects.”

But another added: “I can’t see myself getting something like depression.”

Some said they could feel cannabis having a negative effect on their physical health, with their ability to run and play sports affected.

After getting stopped by the police, parents were the second biggest concern for young cannabis users who participated in Volteface’s research, but this was mainly the case in non-urban areas and those outside of London.

For most of the young cannabis users interviewed in London, their parents were not concerned enough to stop them smoking it, although they did try to advise their children against consuming stronger strains.

“I think part of the reason my mum is okay with me smoking is because I do well in school,” one 17-year-old told us.

Another said: “They lecture me about it but they don’t try and stop me taking it. If my mum found weed in my room she probably wouldn’t take it.” 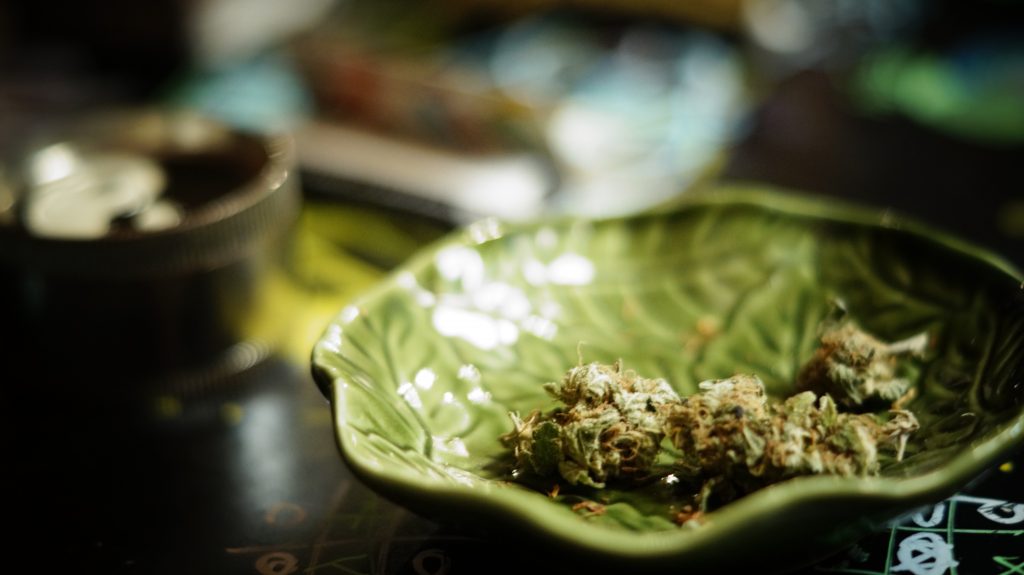 Skunk is in the lives of young people because it’s in the dealers’ interest to keep it there.

The environment in which they are operating, particularly in urban areas such as London, mean teenagers are regularly smoking a highly potent strain of a drug, which can result in severe mental health problems in later life, even though much less harmful strains are available.

As Volteface’s research suggests, young people today don’t have much control over the quality or type of cannabis they are smoking. They only know the dealers they know, many of whom will have targeted them specifically.

When something is so easy, the incentive to look elsewhere and acquire knowledge about other options diminishes. We are also creatures of habit – the behaviours we become accustomed are difficult to shift. Particularly if any adverse effects of these behaviours fail to manifest themselves in the here and now. Make hay while the sun shines.

In young people, dealers seem to have found an ideal target market to push skunk and make a tidy profit, all within a context which runs counterintuitive to what many of us may believe: that making something illegal is keeping us safer.

Teenagers may be laughing at our ignorance on this issue now, but it’s skunk’s dexterous dealers who may well be having the last laugh in the end.

Doom and Gloom in the Age of Rodrigo Duterte