Theatrical Ecstasy: Give Me Your Love, Give Me Therapeutic MDMA

Give Me Your Love showcases Zach (a war veteran with Post-Traumatic Stress Disorder; ‘PTSD’) and his desire to take MDMA for therapeutic reasons. In response, his wife neatly sums up the audience’s fears:

MDMA (or Ecstasy as it is more commonly known) is an illegal drug; illegal because it is deeply dangerous: either for yourself or someone else or, probably, both. Even more damning, it is listed as a class A drug under the Misuse of Drugs Act — the most dangerous category of substances, which carries the harshest penalties (seven years for possession and up to life in prison for supply and production). The United States banned MDMA in 1985 and still brands it of absolutely ‘no medical use’ while it was banned even before that in the UK, in 1977. A key part of a government’s role is to protect its citizens and multiple governments are certainly sending out a very strong message: ecstasy is not safe and you shouldn’t take it. That’s not something that’s easy to take lightly.

The potential danger of MDMA is clearly at the heart of concerns around its use — as a therapeutic aid or recreationally. So, what exactly are the harms for people who use ecstasy? There has been a plethora of research in this area. These studies have reported short-term harms such as low mood, anxiety and fatigue as well as toxic effects like water intoxication (hyponatremia), over-heating (hyperthermia), kidney injury, liver injury and heart attack. While more long-term harms tend to focus around cognitive issues such as memory decline, mental disorders like depression and potential neurotoxicity (though this has largely been drawn from animal data). 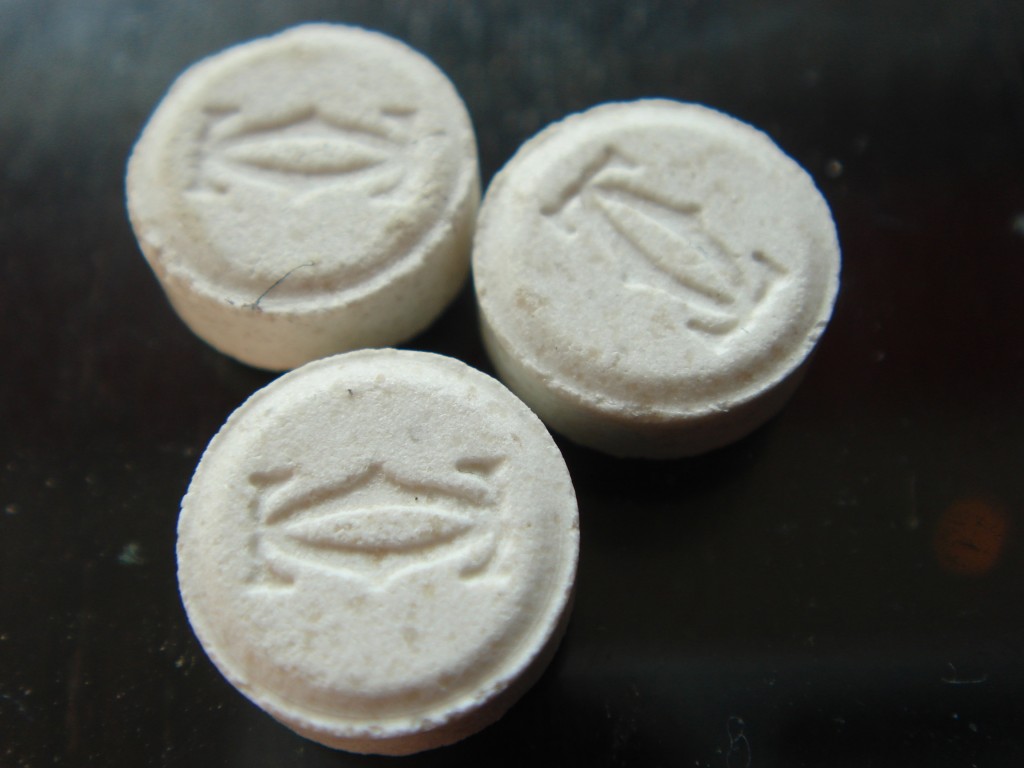 1. How many deaths does MDMA cause?

While the number of fatalities is not the only factor involved in considering whether something is dangerous, it does measure the most extreme form of harm. Deaths from MDMA are actually extremely rare: it is implicated in 37–50 deaths and viewed as solely responsible for 10–17 deaths every year in the UK. Research studies tend to discuss the range of potential harms in great detail but skip over how prevalent these harms are. They rarely include fatality/injury figures, for example claiming “many reports” of hyperthermia and kidney damage in relation to ecstasy use or an “increase in reports”concerning adverse effects of the drug in media and medical research.

2. Are the deaths caused by the drug inevitable or could they have been prevented?

Imagine there were no rules about having lights on your bike when riding at night. There are a few fatalities a year yet it could be argued these deaths are not due to the inherent dangers of night-time cycling but how the activity is conducted.

Some of the harms associated with ecstasy aren’t inherently related to the drug itself but are dependent on the conditions within which it is used. Taking ecstasy does raise core body temperature by 1 degree but people don’t die from hyperthermia (over-heating) as a sole result of taking the drug. There are always other factors involved such as being in a hot environment, moving too much and not drinking enough water.

Deaths from hyperthermia happen because people are not educated about how to safely use the drug e.g. to take regular breaks from dancing and sip no more than a pint of water an hour. Harm reduction information exists but is not always received by users and is certainly not discussed as part of drug education programs.

Going back to the voices of trepidation around Zach—his best friend (and drug supplier) says that he can’t guarantee what’s in that pill.

This underscores how many ‘ecstasy’ deaths are not from taking ecstasy at all, but from people taking what they thought was ecstasy. For example, four people died in the UK in 2014 from taking Superman pills, which they thought contained MDMA but were actually cut with PMMA. The current lack of regulation in the illicit drugs market means that there is no guarantee over what users are buying.

3. How serious are the harms the drug causes? Are they potentially outweighed by the benefits?

When faced with the overwhelming wall of scientific research into the harms of ecstasy, consider:

The fact there is so much data on harms and so little on benefits is not necessarily a reflection of the reality of people’s experiences with ecstasy. Researchers are not working in a cultural vacuum, they research what gets funded and published in scientific journals. For decades, this has been what has fitted with the dominant idea of drugs as solely ‘harmful’ and ‘addictive’.

Often people who take MDMA, take other drugs. Such polydrug use makes it hard to distinguish which drugs are responsible for which effects (or whether it is a combination).

Much of the research surrounding MDMA’s neurotoxicity has been performed 1) with animals and 2) using dosages that are extremely high and disproportionate to standard recreational use in humans e.g. rats given MDMA twice a day for four days.

Harm is often not put into context. For example, ecstasy users took slightly longer to plan how they would execute a task (ordering an abacus). No attempt is made by the researchers to explain what kind of impact users would expect to see in their everyday lives or whether users think the benefits of ecstasy outweigh this impact. One ecstasy user attributes a lasting change of perspective and enhanced empathy to her taking the drug — it seems this might feasibly outweigh taking a few seconds longer to plan how you would order an abacus. Tellingly, the study also does not emphasise that users executed the task in the same time and to the same standard as non-ecstasy users.

While MDMA is obviously not 100% safe — very few things are. Before Professor Nutt was sacked by the ACMD, he said that horse-riding was, statistically, more dangerous than taking ecstasy. Yet people still ride horses because the chances of harm are relatively small and outweighed by the positives: for horse-riders, perhaps a sense of freedom and connection to the outdoors. 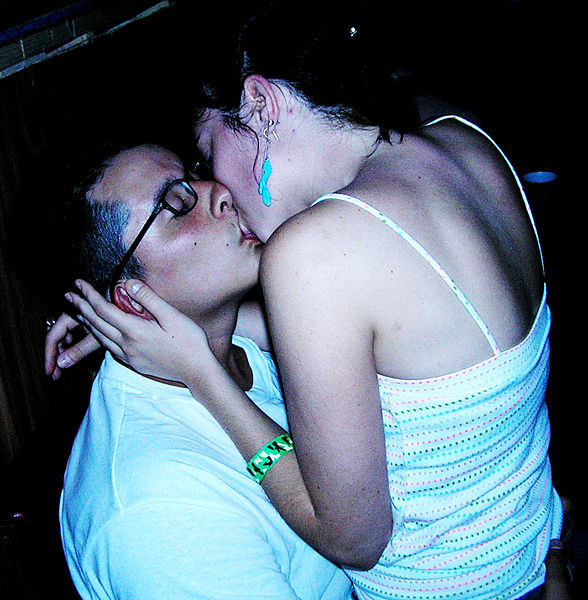 But what about the possible benefits of MDMA?

MDMA is well-known as a party drug but before it became ‘ecstasy’ to the rave/club scene, it was ‘empathy’ for a network of American therapists. The therapeutic community adopted MDMA because of the way it decreased feelings of fear and fostered personal insights while keeping users clear-headed. Zach thought that MDMA might help him with his PTSD — how far off the mark was he?

The fact that PTSD sufferers have experienced such traumatic events make it extremely difficult for them to talk about their experiences. The fact that it is fundamentally a “condition that involves exaggerated and uncontrolled fear responses” makes it particularly susceptible to a drug that lessens our fear response.

The idea of MDMA as an adjunct to psychotherapy is slowly coming back to life. Two clinical trials have been completed investigating MDMA as a treatment for PTSD, one in the US and one in Switzerland. The results have been staggering. 83.3% of patients who received MDMA-assisted therapy no longer had PTSD by the end of the trial (vs. 25% for patients in the placebo group). Established drug treatments for PTSD have only a 30% success rate at best. More than this, the benefits of MDMA-assisted therapy were still felt years later, with no significant difference between the number and severity of PTSD symptoms at the end of the initial trial and at follow-up (which took place over a period of 1.5–6 years later). These are particularly impressive results, keeping in mind that the patients involved in the trial were considered ‘treatment-resistant’ and had been diagnosed with PTSD for an average of 19+ years.

It’s crucial to remember these trials involved only two MDMA-assisted therapy sessions (and a course of therapy-only sessions to help them prepare for and process the MDMA treatment). There is very limited research that suggests that such small doses of MDMA would cause long-term harm. This is in contrast to the much longer treatment times associated with other drugs prescribed for PTSD, such as SSRIs (anti-depressants). These are recommended to be taken for at least a year although 60% of Americans who continue to take them after this point, do so for two years or longer. If we are concerned with a drug’s impact on the brain‘s neurochemistry, the total amount consumed is surely a significant factor. There are also high dropout rates with SSRIs, two of the most popular(Prozac and Zoloft) have side-effects that are so distressing that 45% and 40% of patients will stop taking them earlier than prescribed.

One of the reasons it has taken so long for such trials to gain traction is not that MDMA is too risky to take but that there is not enough money to be made out of MDMA. Pharmaceutical companies rely on patents (generally lasting 7–12 years) to make their money and the patent on MDMA expired decades ago. There is simply no incentive for them to fund expensive MDMA trials, often costing hundreds of thousands of dollars — with the first ever trial costing an eye-watering $1.2 million. The only organisation in the world currently funding clinical trials with MDMA is MAPS (Multidisciplinary Association for Psychedelic Studies), a non-profit focussed on research and education.

The distinction between ‘safe’, legal medication on one hand and MDMA on the other as presented by the Government, the pharmaceutical industry and our cultural narrative is illusory. The harm of MDMA has been exaggerated, while the harm of other substances has been underplayed. This is not only an issue of accuracy and fairness (e.g. for MDMA’s current status as a class ‘A’ drug) but also one of irresponsibility. People experiencing traumatic mental illness cannot access an extremely effective, relatively benign treatment. If we are living in an age where scientific reason wins out over assumption and prejudice, why has the therapeutic value of MDMA been ignored for so long?

Who Would Win The Euros of Drug Reform?