‘You campaign in poetry. You govern in prose.’

Vancouver-based newspaper, The Georgia Straight, shared the news that Trudeau has attempted to set the record straight on Canadian airwaves:

“The laws haven’t changed yet,” Justin Trudeau said during an interview with News 1130 this morning (March 1). “Pot is still illegal in this country and will be until we bring in a strong regulatory framework.”

Trudeau has warned Canadians not to mistake his campaign-trail promises to legalise cannabis for a de-facto decriminalisation, effective immediately upon his arrival in office.

Now, five months into Trudeau’s tenure, Canadian activists are starting to realise that legalisation doesn’t come at the flick of a switch.

The words of Mario Cuomo, quoted earlier, have proven prescient when it comes to Canada. Theory, all bright-eyed and bushy-tailed, has been stopped in its tracks by stubborn practice.

To some, Trudeau’s recent comments may spell betrayal, but turning promises into progress can prove a tricky business.

Trudeau’s decision to have former police chief Bill Blair oversee his Government’s plans to legalise cannabis raised some questions amongst commentators. However, there may be a certain shrewd logic to Blair’s appointment: by legalising cannabis in such a cautious, arduous manner, Trudeau remains faithful to the safety-first, parent-friendly approach that helped him sell legalisation to conservative voters.

Equally at ease with concerned mother and curmudgeonly politician alike, Trudeau campaigned like a dream.

Now, as the daily grind drags on, the hyper-sociability of campaign trail Trudeau must give way to patience and pragmatism. For starters, he has to contend with the collective ire of activists and enthusiasts who feel slighted by his failure to change the laws upon arrival. Tom Parkin, columnist for the Toronto Sun, summarises the case for an immediate decriminalisation:

The PM’s positions aren’t just a question of logic – there’s a question of integrity. A person who says marijuana should be legal – and has smoked it himself – can’t also say other people should continue to be criminally charged for its simple possession. In Canada we don’t pick and choose who will be subject to our laws.

Our friends across the pond, Civilized, have offered a detailed, informative account of the situation as things stand.

Going forward, some experts set full legalisation as far as two, or perhaps even three years away:

“There are questions of distribution, regulation, the medical profession is going to weigh in. We don’t have much precedence for legalizing,” says Nelson Wiseman, a political scientist from the University of Toronto.

Civilized also include details of a new petition catching attention in Canada.

The petition, which calls for an immediate decriminalisation of cannabis in Canada, offers an outlet to frustrated activists and advocates.

Pressure on Trudeau to decriminalise is increasing, and, he is approaching something of a political quagmire, with supporters from the cannabis community beginning to turn their backs on him. 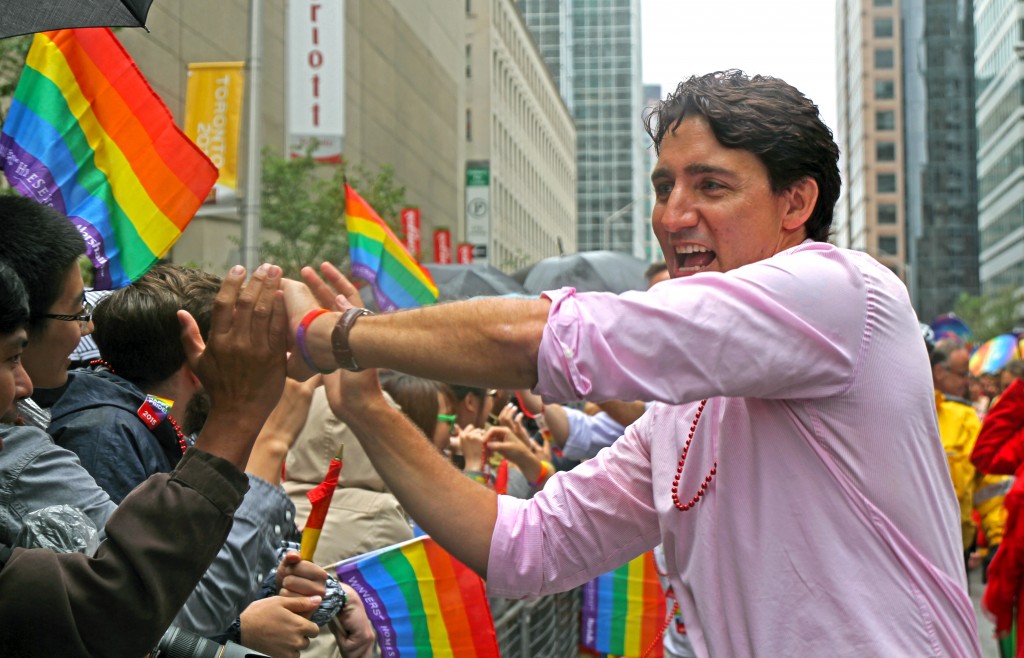 In Trudeau’s defence, I would commend him for his success in making cannabis legalisation somewhat palatable to Canada’s conservative bedrock.

Furthermore, moral whataboutery notwithstanding, Trudeau remains committed to his promises, albeit bold enough to ask for patience on behalf of his people, as he makes every effort to put his vision for legalisation in place.

As Wiseman warns, the sheer scale of the task at hand – Trudeau navigating the ‘uncharted waters’ of new legislature, will take time in itself. Beyond legislature, the process of arriving at a working compromise between distribution, cultivation and healthcare representatives will push the big day back and back.

But, if Trudeau can do it, and keep children safe and parents smiling – the world will take notice.